Let’s think back once again to the famous “evil child” horror films of the 70s.  Carrie (1976) depicted a teen, and The Exorcist (1973) depicted an adolescent, but The Omen (1976) depicted a young child.  Harvey Stephens, the actor playing Damien, was only five at the time of filming.

Two Omen imitators make the young child a girl instead of a boy.  Yet most Omen imitators resemble the Omen sequels in depicting the Antichrist child as a teen or young adult.

One notable quality of Omen imitators is their outlandishness.  Unlike Carrie imitators or Exorcist imitators which might stay small and focused, Omen imitators take the opportunity to become apocalyptic.  Most have nutty costumes and special effects.

So here are the Omen imitators through the early 1980s, seven films in all.  I say more about each of them in my Claws & Saucers guidebook, but I hope you’ll enjoy the comments and links below. 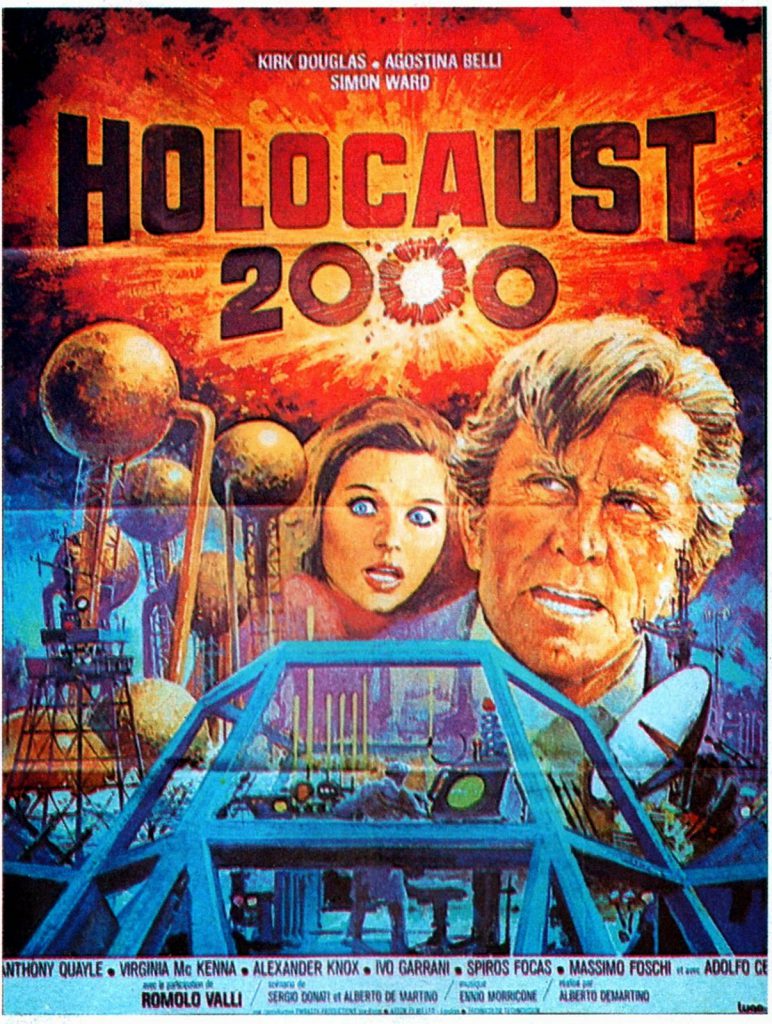 As usual, the Italians are the first to imitate American hits.  And as usual, they do pretty well.

As in The Omen, anyone who opposes the young man dies a gory death.  It’s light on effects but high on intrigue.

Bonus: Ennio Morricone did the music. 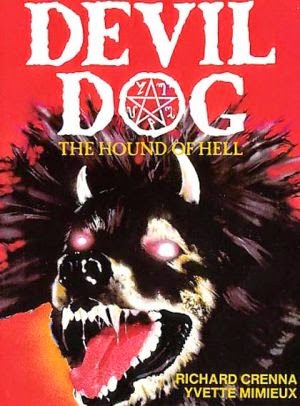 What if (somebody must have wondered) we took the story of The Omen but substituted a little puppy instead of a little boy?

In other decades, such an idea would have met with condescending laughter.  In the 70s, they gave it a try.  It’s not even that bad.

As the puppy grows up, it rarely attacks anyone directly, but it does a good job of hypnotizing people into destroying themselves.  Richard Crenna (from Rambo) is the father who must fight alone to save his family from the devilish canine. 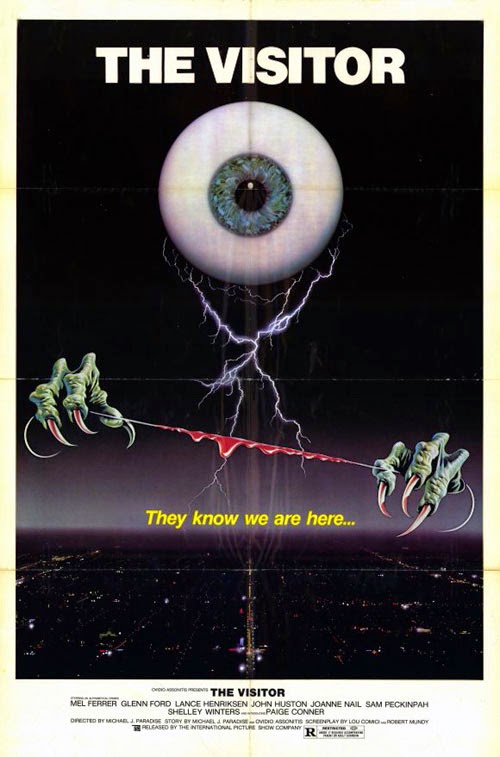 Here come the Italians again, with an even more epic production than Rain of Fire.

But where Rain of Fire was sometimes quiet and wistful, The Visitor just gets bizarre.  Costumes, effects, editing, images, ideas – everything is overdone, and nothing makes much sense. 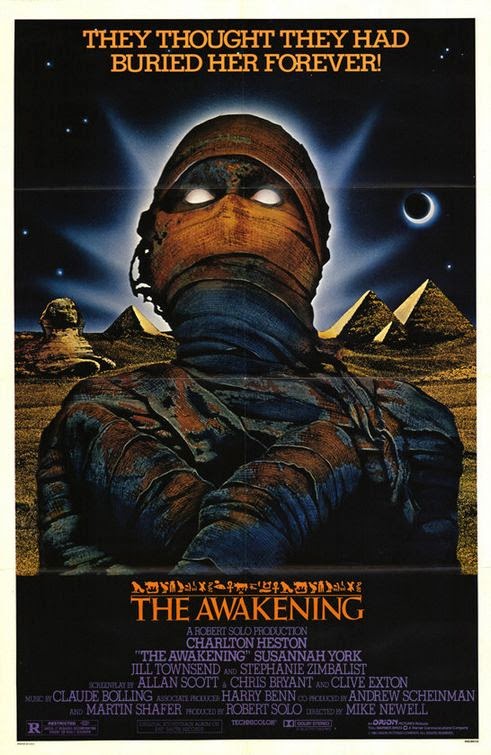 Partly inspired by Bram Stoker’s “Jewel of the Seven Stars,” The Awakening takes cues from The Omen for plot development and special effects.

It ought to have been good, considering its star performance from Charlton Heston.  But it’s much too talky, with no supernatural excitement for nearly an hour.  The conclusion is decent, but as a whole it’s the most disappointing of all the imitators. 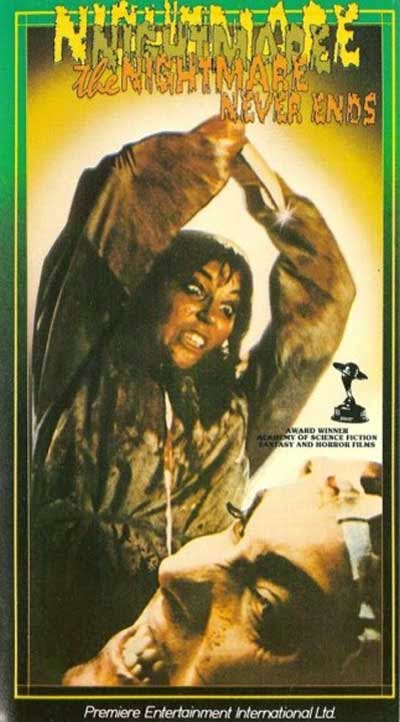 Here, the great Cameron Mitchell plays a detective on the trail of a youthful Son of Satan.

The movie is funny and frightening.  Its low budget keeps it from offering much in special effects, but its screenplay is weird and creative.

In addition to being a Spawn of Satan, the young villain is also a Nazi.  Aiding our hero is a psychic heroine.  Two disco-rock songs are surprising highlights.  Get weird, and check it out. 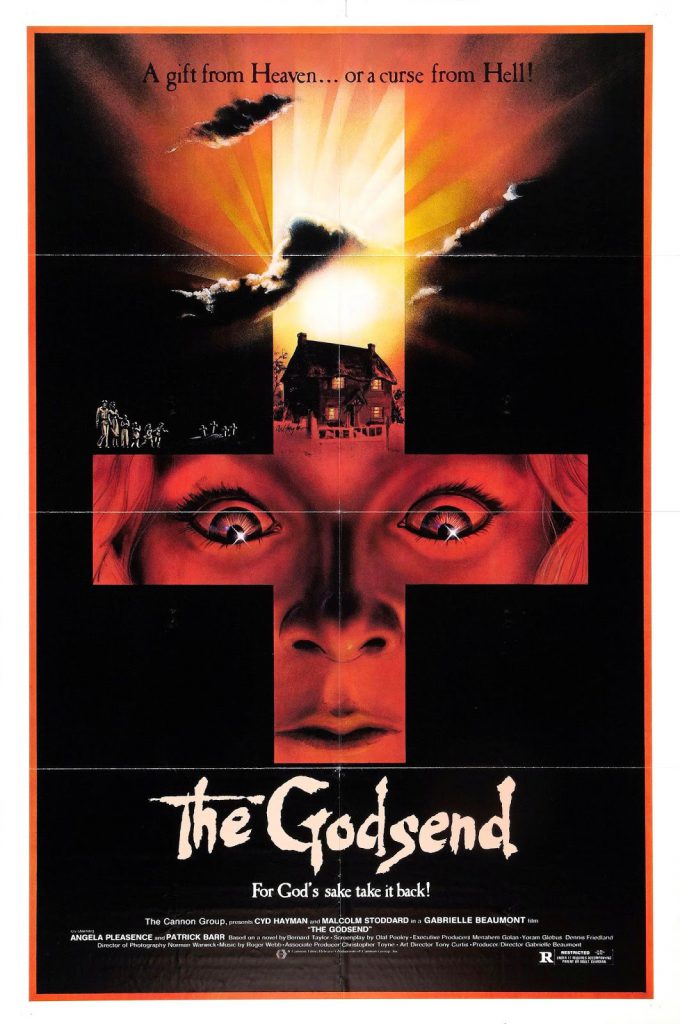 This small-time British picture is scarcely supernatural (if at all) and was promoted like an Exorcist copy.  But its story resembles that of The Omen, as we follow an evil “outsider” child placed within an unsuspecting family.

The child destroys her adoptive siblings one by one, and it seems she has something in mind for the adoptive father as well.  In itself, it can be described as a well-shot if implausible thriller.

Like the boy in The Omen, the girl is very young – only four years old for a third of the film. 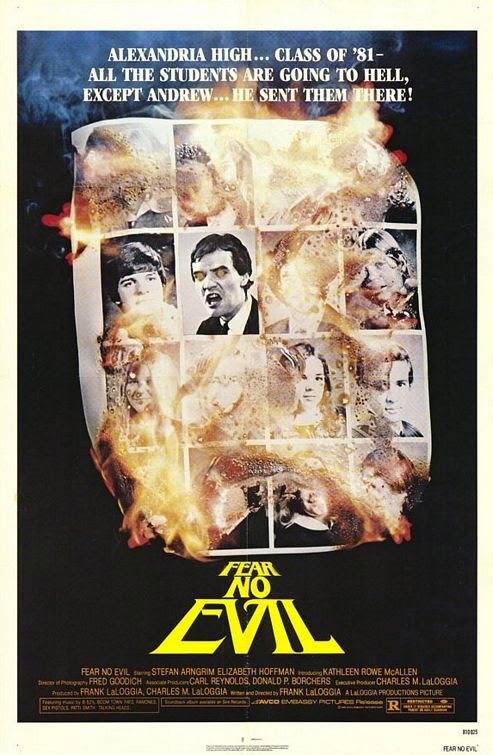 Here’s my favorite of the imitators, a “ravingly Catholic” (according to one critic) Omen imitator with Carrie elements, set in a suburban high school with the evil teen coming of age, coming into his powers.

The teen has a good side, and you root for him against the high school bullies.  The story is a crescendo, getting increasingly extreme.  Punk rock adorns the score.

Joel Coen (of the famous Coen Brothers) did his first credited work on this film, as assistant editor.