My introduction to Geek mythology was the beautiful oversized D’Aulaires Book of Greek Myths.  There, the classic stories of Zeus, Hermes, Athena, Hercules, Theseus, Hera, Jason, and many more were brought to life, fueling imaginations of children everywhere.

Younger readers today are likely even more familiar with the classic stories, in no small part as the result of the success of author Rick Riordan’s Percy Jackson series and it’s follow up series, the Heroes of Olympus.

Now Riordan has collaborated with artist John Rocco in reinterpreting these amazing characters and stories told from the snarky, tongue-in-cheek perspective of Percy, himself, as seen clearly from the introduction:

“There’s like forty bajillion different versions of the myths, so don’t be all Well, I heard it a different way, so you’re WRONG! I’m going to tell you the versions that make the most sense to me. I promise I didn’t make any of this up. I got all these stories straight from the Ancient Greek and Roman dudes who wrote them down in the first place. Believe me, I couldn’t make up stuff this weird. First I’ll tell you how the world got made. Then I’ll run down a list of gods and give you my two cents about each of them. I just hope I don’t make them so mad they incinerate me before I— AGGHHHHHH! Just kidding. Still here. Anyway, I’ll start with the Greek story of creation, which by the way, is seriously messed up. Wear your safety glasses and your raincoat. There will be blood.”

After the jump, check out three double page spreads revealing how amazing this book looks. 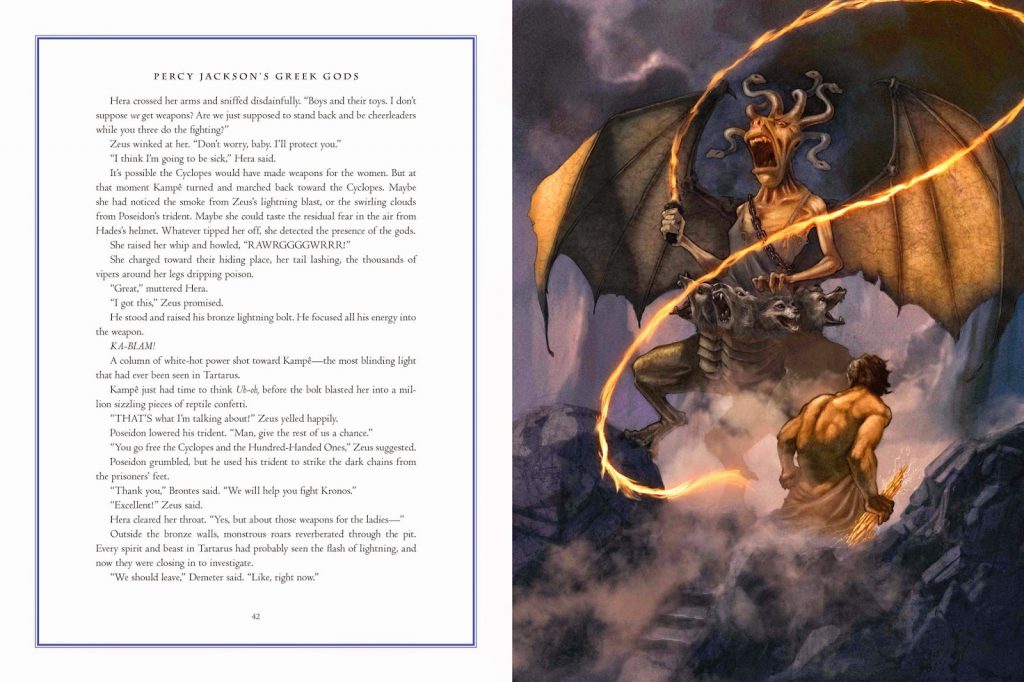 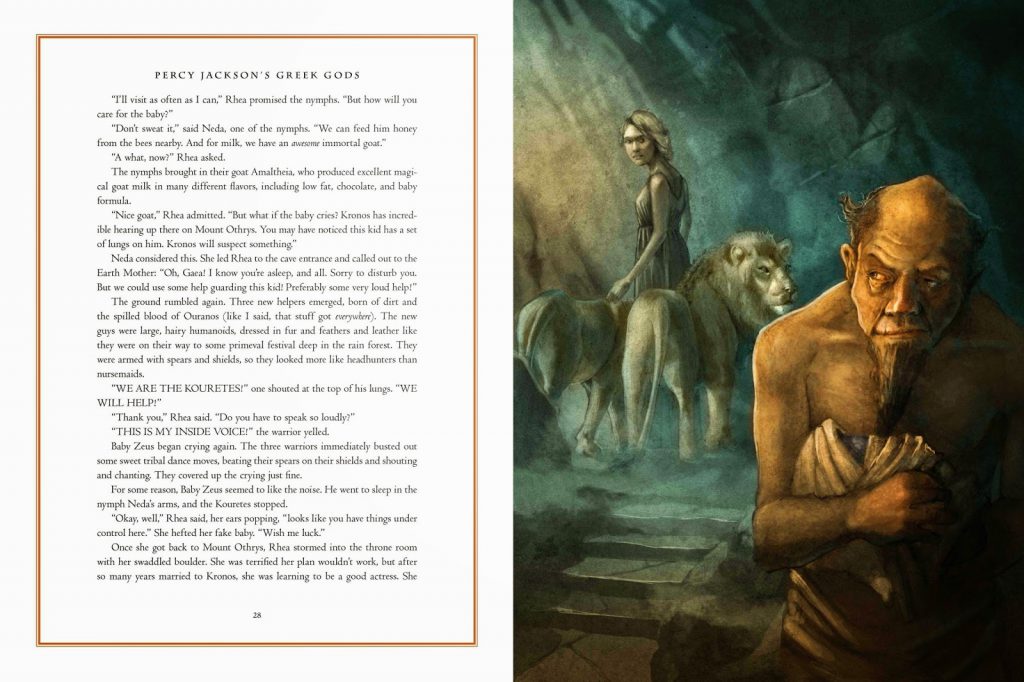 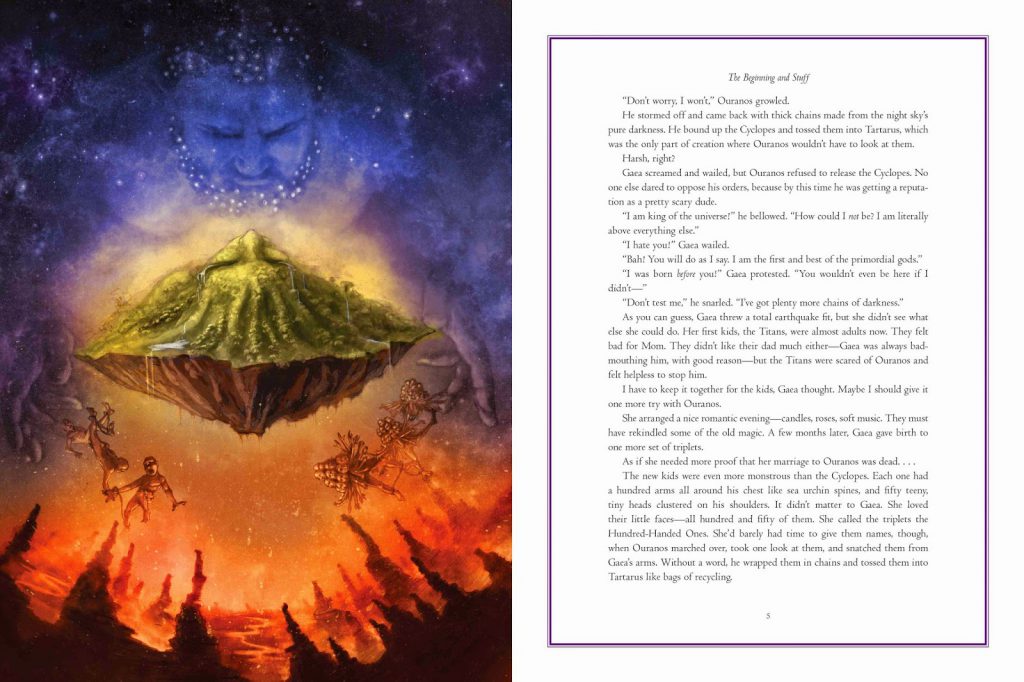