Memories were shared, laughs were had, stories were told and Mrs. Garrett cussed like a truck driver.

Watching an 88-year-old Charlotte Rae let her one-auburn hair down while surrounded by former cast members Mindy Cohn (“Natalie Green”), Nancy McKeon (“Jo Polniaczek”) and Lisa Whelchel (“Blair Warner”) was perhaps one of many great highlights at the PaleyFest’s The Facts of Life 35th Anniversary Reunion.

While chatting about the initial casting of the iconic show, Rae talked about meeting Cohn for the first time and how she was cast as Natalie Green.

“She was just a 12-year-old girl in front of a TV audience for the first time,” recalled Rae. “You must have been scared shitless.”

As the audience howled at the remark, Rae was quick to point out: “You know I’m not Mrs Garrett.”

Rae also shared her brutal honesty on today’s television shows. When asked about if a show like The Facts of Life could find an audience among the more hardcore programming of today, Rae had a strong opinion on the matter. 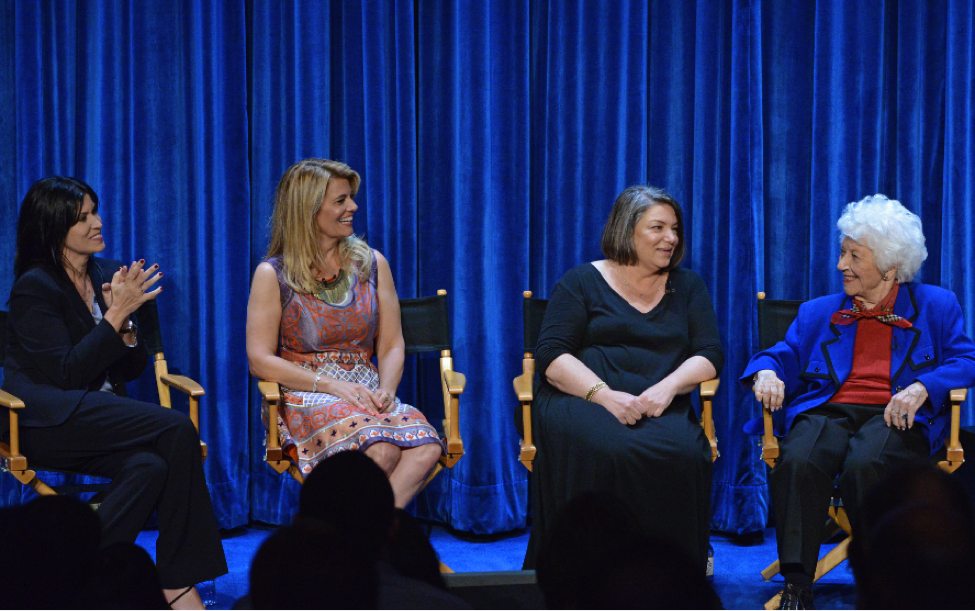 “Things are so much edgier today. You have to go outside the norm to get an audience,” said Whechel. “It would have to be about for girls and a house mother is a COMPLETELY different situation.”

The cast (minus Kim Fields (“Tootie”)), who couldn’t make the event because she recently had a baby) quickly found a groove during the Paley special event, all of whom were exceptional happy to share their beloved memories of the 200+ episodes of show, which over the years has become a landmark series.

“We were a guilty pleasure for so long. People used to come up to us and say, ‘Yeah…I watched your show.’ But now they say, ‘I TOTALLY WATCHED YOUR SHOW!’ We aged into it,’ said Cohn.

The sitcom followed the four teenagers as they grew up under the tutelage of Mrs. Garrett, their house mother from their private school. Nine years later, audiences watched as the girls graduated high school, went to college, dated a series of boys and men and started two stores (Edna’s Edibles and Over Our Heads). 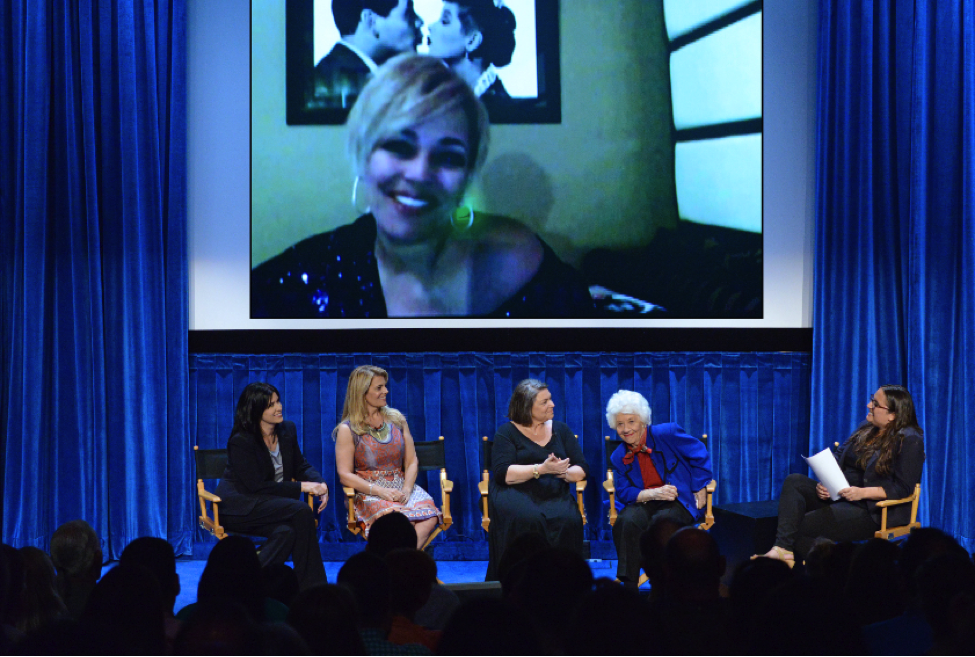 But while the show had it’s fair share of slapstick humor and broad comedy, Life also tackled serious issues, spouting a whole host of “Special Episodes.” Themes of sexual assault, death, racism and class issues were often spotlighted on the show.

“We did an episode about teen suicide early on. It was challenging for me because of the subject matter and my age, since I was only 14,” said Cohen. “Once we got a letter sent to us from a fan who watched the episode while she was contemplating suicide. She said that after she saw the episode, she decided to wait.”

The impact of the show made a great difference not only to the fans, but to the stars themselves.

“We were actors with an amazing job with Charlotte as our amazing leader,” said McKeon. “It was a gift to have this experience. And Charlotte was right there to listen, participate and guide. Charlotte was a gift. She was our touchstone.”

In addition to waxing poetic about each other, the cast also talked about their antics behind the scenes and their guest stars, which have included Eve Plumb, Charo, Alex Rocco, and of course, George Clooney.

Apparently, the A-lister didn’t make much of an impact on Whelchel, who didn’t remember smooching up to the star in an episode. It took a YouTube video to help jog her memory. 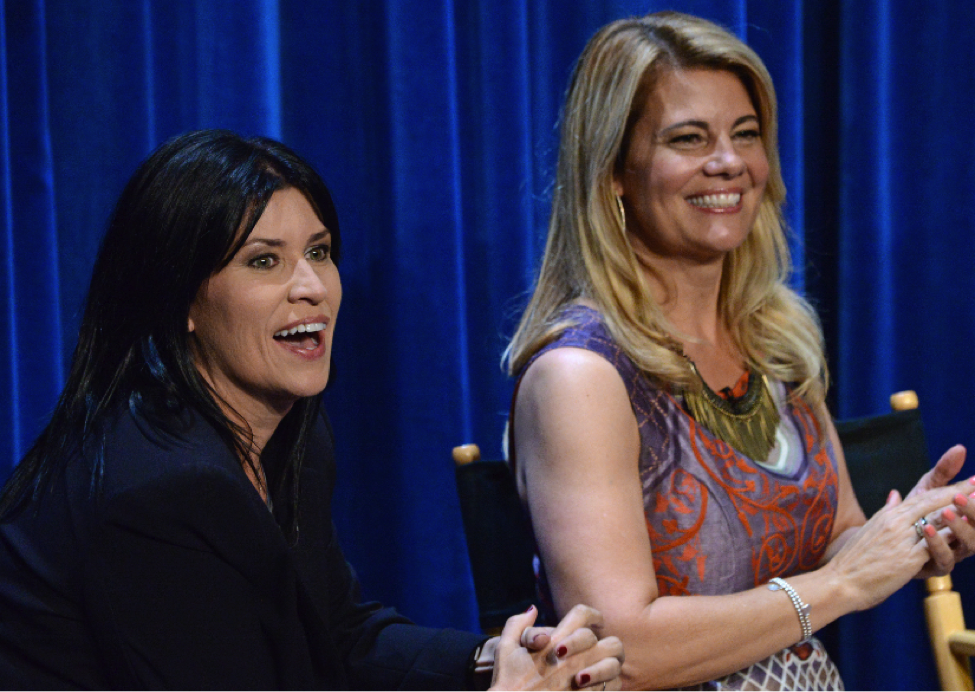 “I’m a big fan of repressed memories, but why I would repress that I don’t know,” laughed Whelchel. “They pull up the clip on YouTube where Blair pretended to be his fiance. I have since watched clip that several times.”

“I love Alex Rocco. My dad,” said McKeon on her favorite co-star. “He went on to play my dad in three different TV shows…and my uncle in a miniseries.”

Behind the scenes, the girls admitted that they were a bit boring compared to today’s teen stars.

“You don’t hear a lot of stories from our side of the world. We all understood it was a job and we all had very strong family lives at home,” said Cohn. “I think that is why we didn’t get into trouble. And if we did, we were smart and we did it at home.”

“This is sad. We need to make things up,” joked McKeon.

Despite filming over 200 episodes, each actress still had a favorite.

“I like all the broad comedy. I didn’t like it when it got too real,” said Whelchel. “I liked it when Jo handcuffed herself to Blair. It turned into a real Lucy-Ethel thing.”

“Anything where we are able to have an avenue for the four of us. No guest stars, no this, no that. I had the most fun with those. Like the cruising episode or the paint episode,” shared Cohn.

Despite the fun, television isn’t the easiest place to grow up. Going through puberty in front of an audience could be very challenging.

“Obviously, I didn’t peak in high school,” said Cohn. “Going through it on the air was not the greatest thing. There were years when I had a challenging time.”

“When you think about those times in your life and everything you go through at the time with friends, family, boys, your body…Going to work was almost a relief,” said McKeon. “The hardest thing we had to do was to tell a story the funniest way. What a privilege! It made things better.”

Also on hand for the reunion was Geri “Cousin Geri” Jewell, who joined the cast to talk about the impact that of the show on her life and career.

“It changed my life 180 degrees. I remember so many things about that episode. It was right before Christmas. I had a like Walkman that played John Denver Christmas songs. Now I hear them and I cry tears of joy. The show helped me attain a success I never thought I would never reach.”

As the cast wrapped up, they all agreed that the show was nothing but a positive factor in their lives. But the best part?

“You can knock on anyone’s door in America and they will let you use the phone,” said Cohn. 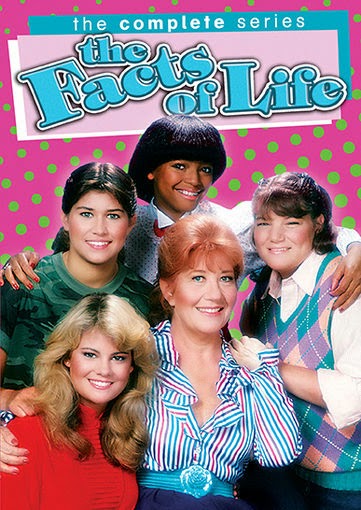 The Facts of Life: The Complete Series arrives on DVD from Shout! Factory in January 2015.

In this article:80s, Nostalgia, PaleyFest, Television