How did I find myself binging a show that’s nearly 15 years old, Law & Order: SVU?

For one thing, you can hardly turn on the TV and not come across a rerun.

And I missed the original Law and Order, with its twisty cases, tough D.A.s and dogged cops, so SVU, the only show in the franchise that’s still on the air, filled the void. 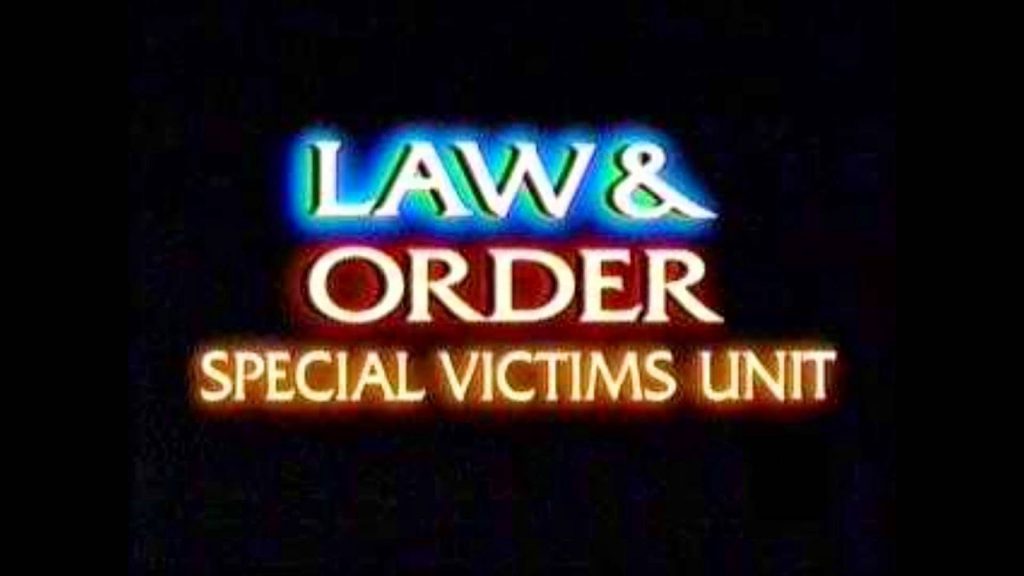 Having now seen nearly all the 15 seasons over the last few months, I can say that some of SVU‘s episodes rank with the best of the franchise and some are too ridiculous for words. I’ve also seen the cast come and go like so many Mariskay Hargitay hairstyles, which in some cases has actually been a blessing.

With the premiere of the 16th season looming, I could have drawn up a list of my favorites: Obviously, John Munch (Richard Belzer), a holdover from the terrific Homicide: Life on the Street, Elliott Stabler (the always great Chris Meloni), the undersung M.E. Melinda Warner (Tamara Tunie) or frequent guest stars like crusading attorney Bayard Ellis (Andre Braugher).

Instead, here’s a look back at the most irritating, obnoxious and “what were they thinking?” recurring characters, because they rank among the worst crimes ever committed on the series.

[The jury is still out on the most recent regulars, Nick Amaro (Danny Pino) and Amanda Rollins (Kelli Giddish). I can take them or leave them. And Dani Beck (Connie Nielsen) didn’t arouse my wrath as I’m not holding my breath for Benson and Stabler to hook up.] 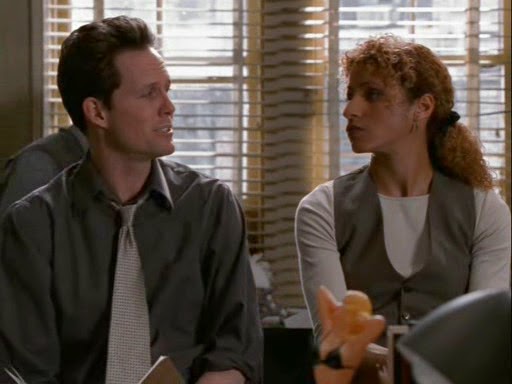 Don’t get me wrong: I love Dean Winters. Loved him on Oz, love him in the Allstate ads. But, sadly, on SVU,  he was stuck playing a dimwitted cop who couldn’t get sex-crime jargon straight on the stand (saying “fromage” instead of “frottage”) and didn’t have a clue when it came to interrogations.

He reappeared in Season 13, older and, fortunately, a lot wiser. 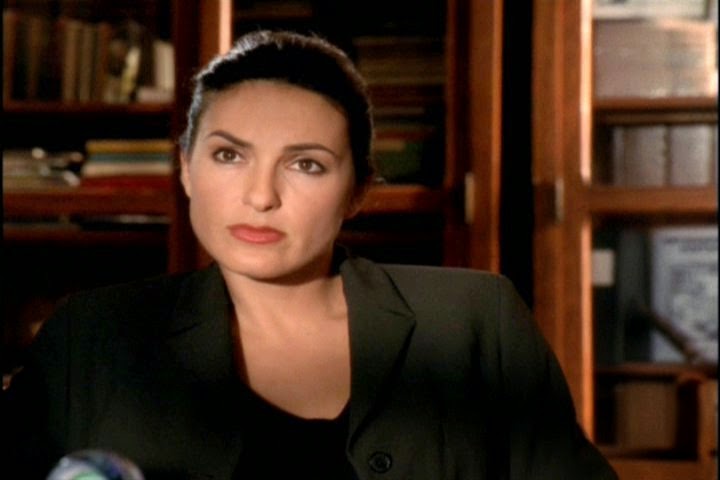 Hear me out! If I didn’t like Olivia, I wouldn’t watch the show. But some of the Olivia-centric episodes are also the most melodramatic and far-fetched.

Take the 2001 episode Wrath, in which a former convict who blames Olivia for his incarceration murders three people just to send a message to her, including setting up a company named “Aivilo,” (“Olivia,” spelled backwards.) Stabler has his share of ridiculous episodes too (like Solitary, where he gets himself committed to solitary confinement to be able to relate to a prisoner and goes nuts in just three days).

But far too often, Olivia gets stuck with the most implausible hostage and undercover situations and having to talk crazed suspects down from ledges. 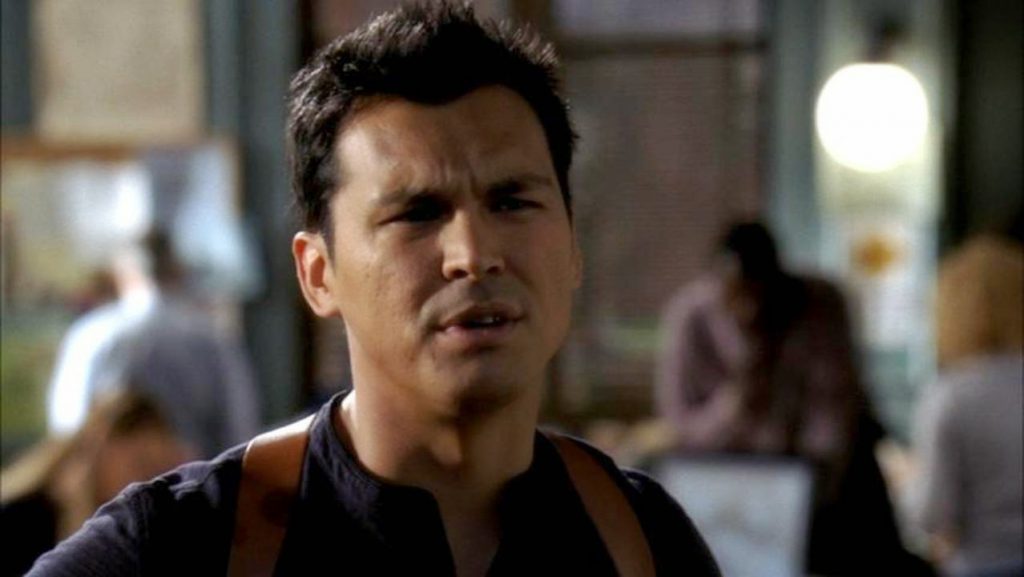 Lake was an unpopular character who was quickly written out after execs realized they had too many detectives on the show. The character was largely a thankless one and was given an ignominious send-off, becoming a cop killer who goes to prison.

Amidst all the hotheads, Beach underplayed the character to such an extent he seemed to fade into the woodwork. 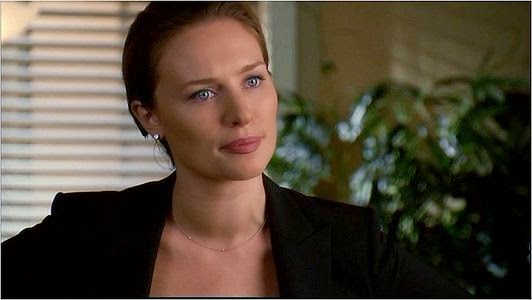 Ever since losing Casey Novak (Diane Neal), the ADA post has been a revolving door. The frequent vacancy in the position’s become as much of a joke as the doomed Spinal Tap drummers. Greylek’s presence was as unwelcome to the squad as it was to viewers. She had to beg to tag along on cases.

Sure, it was a change of pace from the hard-asses who like to order the cops around, but at the end of the day, you want people who get results, not whine about being included. 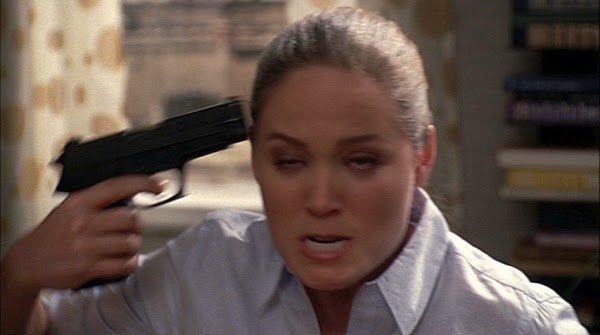 Cooper was only in one episode but her character was so incredibly stupid that I couldn’t leave her off this list. She was obsessed with catching a serial killer known as “The Woodsman.” She appeared on the scene of the latest murder, where an unrelated male body was also found, and took control of the investigation. It turned out she caught The Woodsman in the act and shot him, then told no one!

Her gross negligence led to another victim’s death and, ultimately, her own as she committed suicide rather than go to prison. The entire episode was written just for the sake of a ridiculous plot twist. 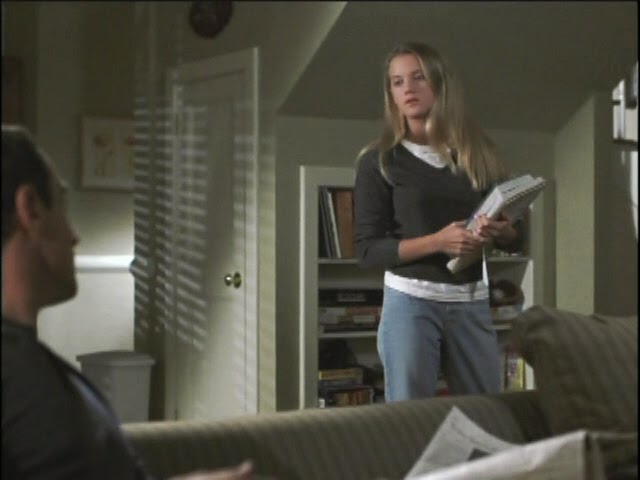 The weakest part of any cop show is very often the scenes that focus on a cop’s family and SVU is no exception. Stabler’s second oldest daughter (played by Holiday Segal the first season) grows up to be a wild child, one who drinks, commits B&E and burglary, and ends up being manic-depressive.

Naturally, Stabler has to drop everything and deal with her troubles and he nearly loses his job when he covers up her DUI. 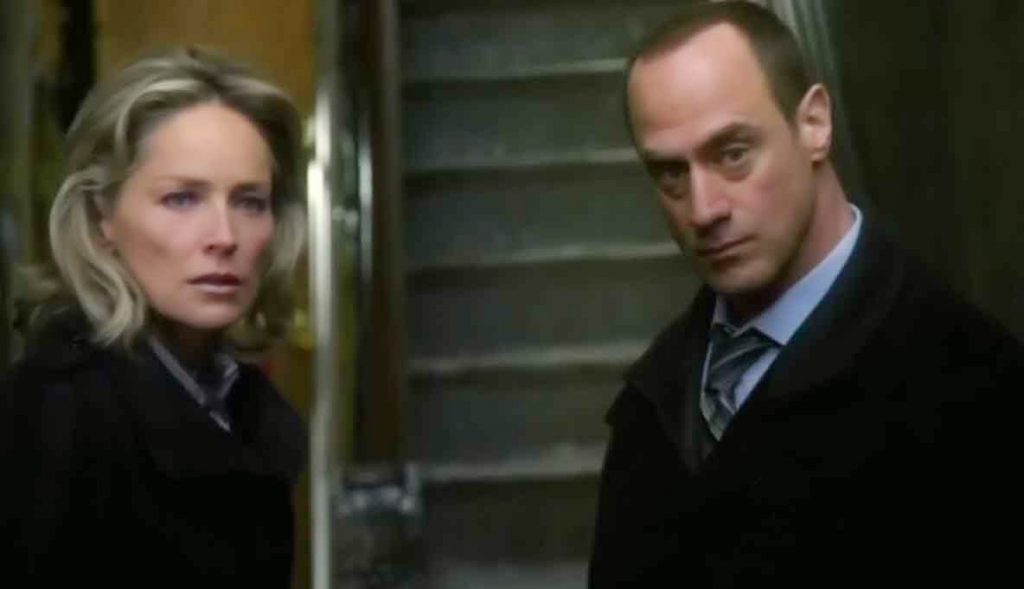 Hard-nosed ADAs are a staple of the show, but Marlowe took the ball-busting to extremes.

Her character, as played by Stone, was so imperious, so angry, and so one-note that her episodes are nearly unwatchable. She had the chance to show more shades of humanity now and then, but as a whole, her run on the show was a low for the franchise.

Some would add ADA Sonya Paxton (Christine Lahti), but her character, while often unlikeable, also showed much more vulnerability and compassion. 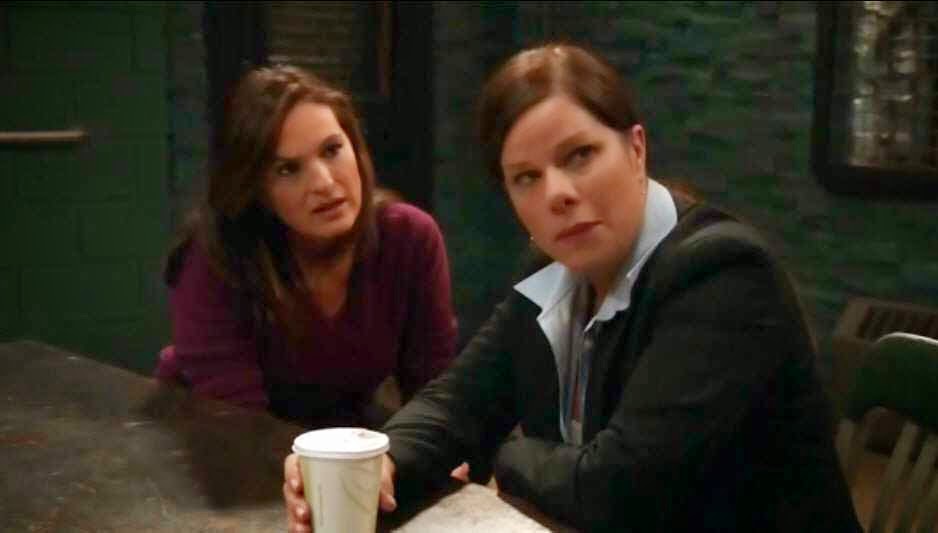 Lewis first popped up as White Supremacist Star Morrison, one of her undercover identities. Once she dropped cover, she apologized to Munch and Finn for the many racist and anti-Semitic slurs she’d slung at them, but she hardly become more likeable.

The overwhelmingly abrasive character popped up three more times, once to enlist Olivia’s help after being raped. But even then, Lewis was trying to run the show, taking her own rape kit evidence, refusing to help the cops, and nearly killing her rapist in cold blood. She even managed to accidentally shoot Stabler.

In her final appearance, it was revealed that she was guilty of the long-ago murder of a romantic rival, a twist as ridiculous as the ease with which she confesses to the crime.

Characters don’t come much more annoying than her. 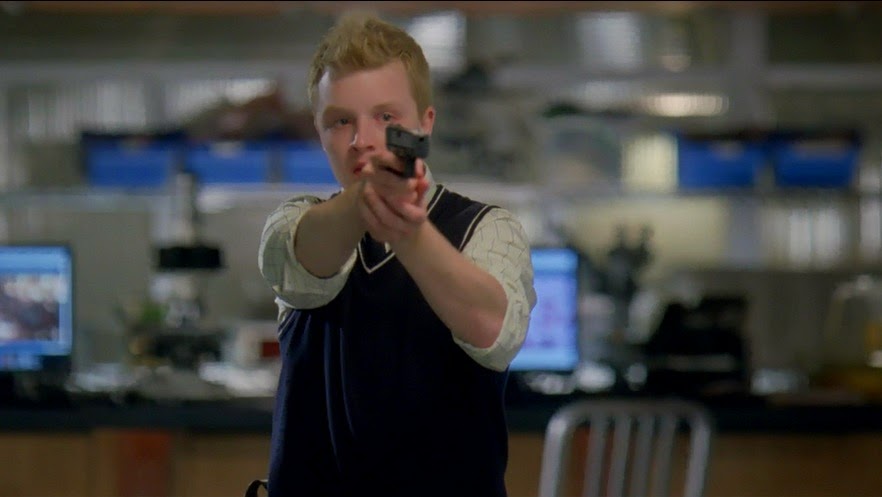 Bing bang bong, we have an undisputed winner in the Most Annoying Character sweepstakes.

His massive incompetence, juvenile attitude and stunning lack of professionalism would have gotten him fired on his very first day. Take his crowing, “We got us a body! Woo!” in front of a news crew as they uncover the remains of a dead infant in Selfish.

Even worse, when a mistake on his part leads to a perp’s release, he commits a copycat murder to frame the suspect, then keeps killing to cover his tracks.

It all ends with the dumbest scene ever to air on the show: Benson must seduce a gun-wielding Dale before he kills Stabler. Ugh.

Thank god he was only on for four episodes.

Store your favorite media, access applications and catch up with the latest episodes remotely on your hosted virtual desktop from anywhere, anytime on the go with CloudDesktopOnline.com. To know more about such innovative cloud products visit Apps4Rent.

Perfect for a Law & Order marathon.