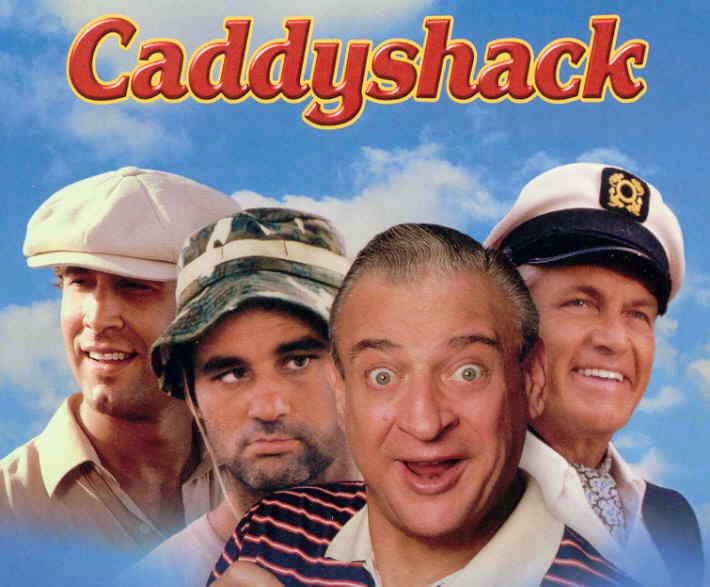 So I’ve been trying to figure out the best way to describe this weird and awkward interview featuring the stars of the movie Caddyshack (Bill Murray, Chevy Chase, Rodney Dangerfield and Ted Knight) and one very out-of-place interviewer who would look more at home selling jewelry on QVC, but I can’t, it’s fucking impossible.

The only saving grace of the entire interview is the fact that these four guys are so incredibly gifted that they can turn even the most horrific six minutes of their lives into something funny…which is really saying something.

Interview from hell after the break.

In this article:80s, Awkward, Celebrity/Gossip, Nostalgia, Watch This