Steve Stanchfield was 19 when he began his Snappy Video label, his means of creating compilations of obscure animated films in the public domain and making them available to fans and collectors. It evolved into a more elaborate operation years later, Thunderbean Animation, a kind of renowned label in animation circles for its high quality restorations of hard-to-find and previously lost shorts on DVD.
“What drives me to do this, is that you can look at the history of anything, and every important field has a large crack between every important event,” Stanchfield said. “Those large cracks are filled with little films that have fallen into them. That’s what I want to fill up.”
Stanchfield’s second Blu-ray release could have been called Filling in the Cracks, but he settled on Technicolor Dreams and Black and White Nightmares, a valentine to the studios and artists that have never gotten a fair shake in the history books. (His first Blu-Ray, an all-new restoration of the Fleischer Studio’s feature film Gulliver’s Travels, sold out of its initial pressing of 1,000 copies within mere months.) 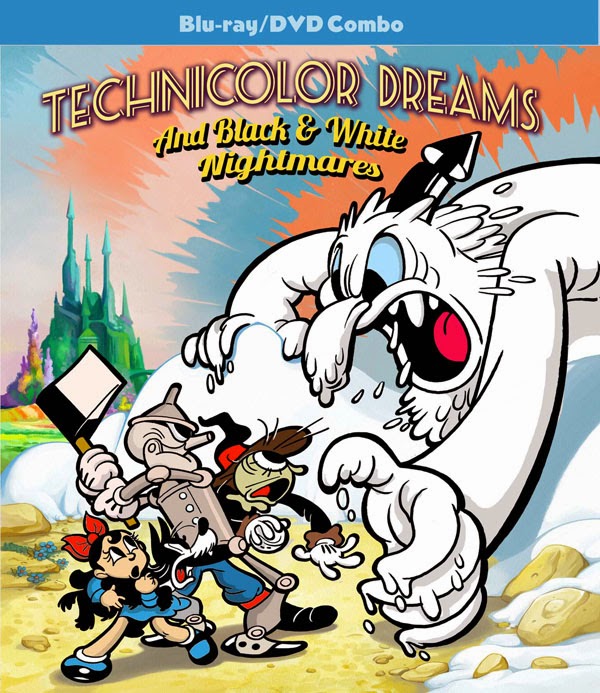 It’s a humble selection of films more noteworthy for their history than their entertainment value (although there’s more than a bit of that), representing an environment where Walt Disney was still knocking out the abysmal Alice Comedies and was not yet a deity in the art form.
Progress in Processing might have been a more apt title, too.
While we have character-centric shorts with Mutt and Jeff, Tom and Jerry (Van Beuren’s, not MGM’s), and Oswald the Rabbit, Stanchfield has largely provided a crash course in how filming techniques were integrated through the history of animation. 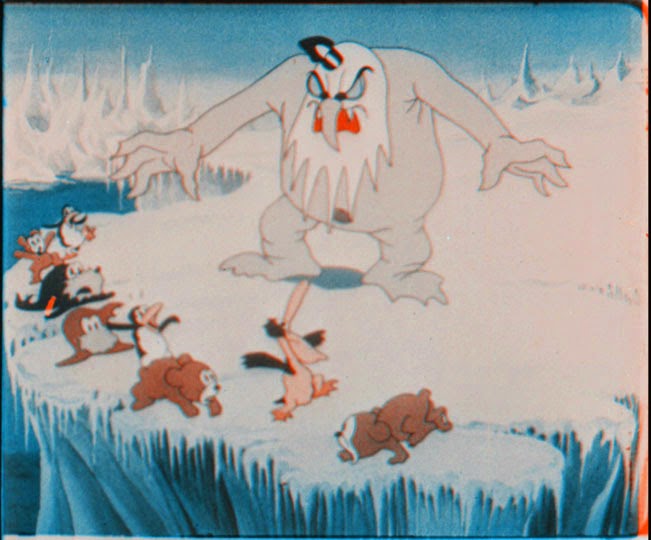 The star of the set is really Ted Eshbaugh, who produced three of the cartoons featured: The Snowman, The Wizard of Oz, and Tea Pot Town, all of which are sourced from incredibly rare material. (Heck, Tea Pot Town is still a censored version, so there’s another crack historians and archivists have yet to fill.) Eshbaugh himself is a mere name unfortunately, but an important one who was responsible for pioneering the use of color in animation, and the first cartoon in full Technicolor.
Be prepared to be amazed during Oz in particular. Not only does the change from sepia to full Technicolor motif predate the MGM Oz film by seven full years, you may need to adjust your setup when the garish Technicolor does start. And that’s how it originally looked—it was the first Technicolor film after all, and Eshbaugh wanted to make sure it looked it. 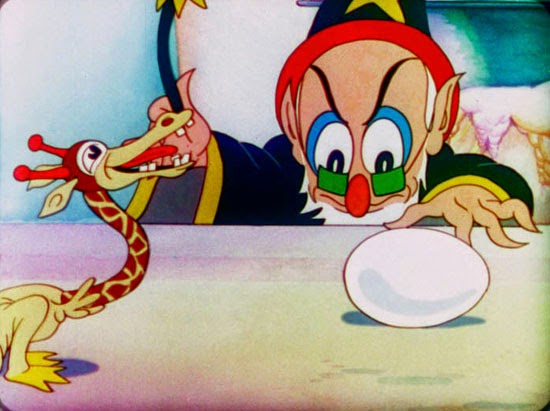 Upon watching these cartoons back-to-back, it struck me that the New York cartoons of the early ‘30s share a kinship in their nightmarish aims. They could be “happy nightmares,” as the animator Bob Jaques says in his liner notes, but that’s only because of a general aimlessness that is part of the east coast cartoons’ charm.
Compare The Bandmaster, a Lantz Oswald with a Tex Avery credit, which builds its gags semi-logically and with a purpose (Oswald needs to stop a baby from crying) to A Swiss Trick, a Van Beuren Tom and Jerry that ends with our heroes pursued by hungry mice after they’ve sprouted holes from eating Swiss cheese. 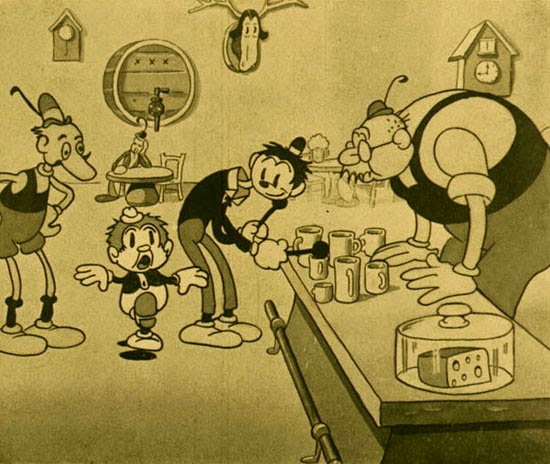 Or take the fantasy elements of Harman-Ising’s To Spring, which create a world far more grandeur but far less grisly than Eshbaugh’s.
The East coast of the pre-Snow White era provided a sober alternative (ironically created by artists who were anything but) to the craft that Hollywood was honing.
After that first movie came out, the New York studios were forced to abandon their artistic aimlessness and follow the Disney path. (The disastrous results epitomized with Gulliver’s Travels, also available from Thunderbean, ironically.)
Make no mistake that Steve Stanchfield’s current and future releases are changing the way animation history will be written.
After all, isn’t actually seeing the films the most important thing?