I know that those of you who’ve read my pieces before think I’m some sort of giallo, Italian horror, fanatic.

Yes, this would be a true statement. However, I’m not indebted to any one subgenre.

I hope you feel the same way, too; segregation is evil.

But, ever since I began my education in horror, my heart has always bent for the grody, icky, bloody, gory, filthy comedic horror straight out of the 80s in the best way possible. 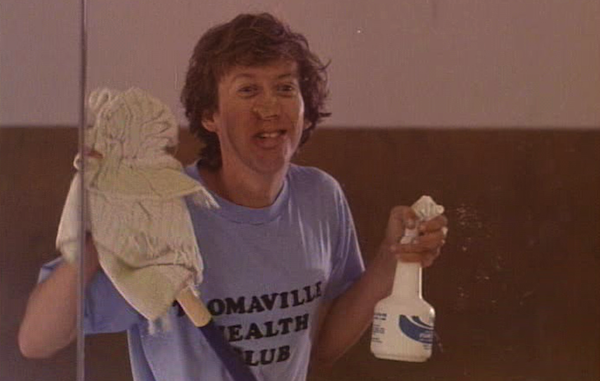 Maybe it’s because I grew up with two older brothers who are both very horror-centric, but I really do love being grossed out. Well done, nasty effects are spectacular solely because if something can make you shout at your own television, like an ornery old man, while laughing, that’s something truly special. It’s a difficult niche to do well in for that reason.

Flops are abound because vile hilarity can be difficult to truly hone.

I’ve gathered five of my favorite totally gnarly 80s horror movies to share with you. Now, I’m not a person who gives trigger warnings (whatever the hell those are), but if I were, I would most likely do that now.

By no means are these meant to offend you, but, my god, I sure hope they really, really do. 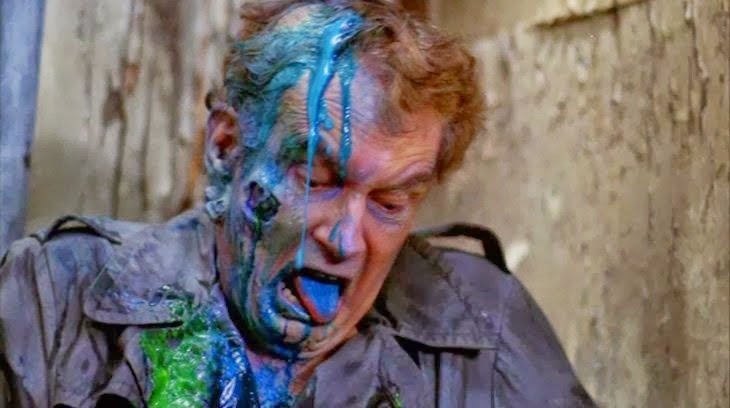 Street Trash, directed by J. Michael Muro, is a gritty New York city 1987 flick that promises stomach turning fun. A local liquor store owner finds a case of old, probably rotten, booze called Tenafly Viper. He decides to sell it for a buck a pop and the homeless fellas in the area simply can’t argue with the price. Regardless of the price tag, some of them steal it anyway. However, it turns out this Viper has a habit of turning whoever drinks it into a neon, melting, juicy mess. Which, if you ask my humble opinion, is so rad it’s not even fair.

The “smartest” hobo begins to use the Viper against the other homeless men in a torrid turf war and the madness is glorious. Cops puke on heads, boobs are rather plentiful, and there’s a romping game of “catch the severed weiner.” Street Trash will always be one of my treasured gross-out horror comedies.

I mean, what’s not to love? 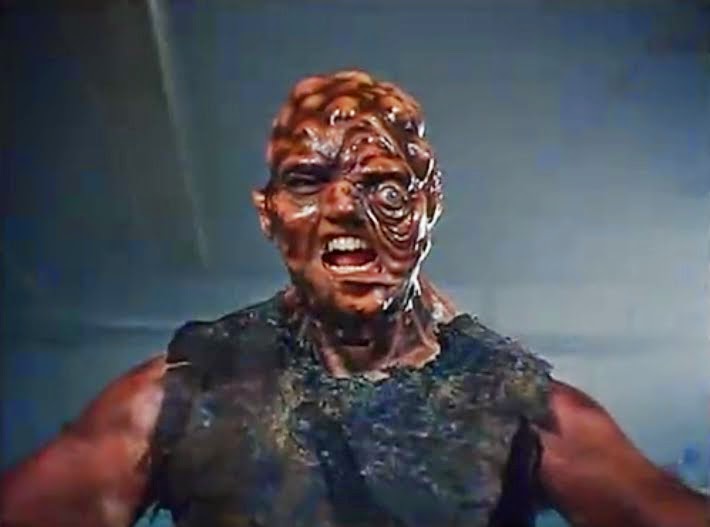 You can’t have a gnarly horror list without Troma.

That would be an egregious error. The Toxic Avenger (1984) is a classic cult film and rightly so. Lloyd Kaufman co-wrote this with Joe Ritter and co-directed it with Michael Herz. Lloyd is right up there with Roger Corman and other B-movie greats in my eyes. He’s clever, hilarious, and the man knows how to do gross just right.

A skinny, tortured Melvin Ferd III, a janitor at the Tromaville Health Club, is chased out of a second story window and ultimately falls into a toxic waste storage drum. He tries to wash it off when he arrives home, but to no avail. The sludge turns Melvin into the phenomenal, buff Toxic Avenger. He comes in contact with guts, gore, goo and fights the no-gooders all at the same time.

I’ve found that The Toxic Avenger is the most likely gateway drug into the grosser, funnier side of horror. If you’re looking to get into this sub-genre, it’s a great place to begin.

Those of us who’ve already seen the majesty that is this Troma wonder, it’s always a stellar piece of filthy cinematic nostalgia to revisit. I know I do frequently! 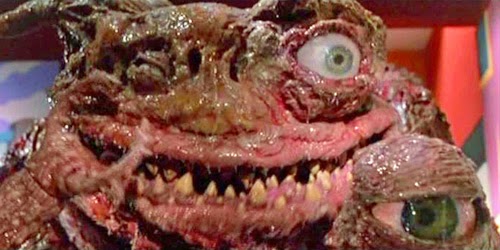 An eccentric, mildly swingin’ family is confronted with an other worldly monster when they improperly install a satellite dish. The kids learn to love the freakish monster and the parents are oblivious to the whole event… until it’s too late, of course!

The kids call on a local horror host, Medusa, to help them with their unique problem. She’s snotty and hilarious and a great presence in the film. It’s a surprisingly smart flick for what it is; an alien horror comedy.

TerrorVision was released in early 1986 and was directed by Ted Nicolaou. It was written by Albert and Charles Band. If those names sound familiar, they should. Charles went on to make the largely successful Full Moon Features in 1989. It’s really picked up steam in the last couple years due to its run on Netflix.

Even five years ago, the likelihood of seeing anything TerrorVision would be astronomically low. Now, I see it all over horror conventions. Hoodies, patches, you name it. It makes me all warm and fuzzy inside knowing that a potential longtime flop finally came to fruition roughly thirty years later. Woo, technology!

TerrorVision is a great campy movie that I would definitely recommend to anyone… well, anyone of age. 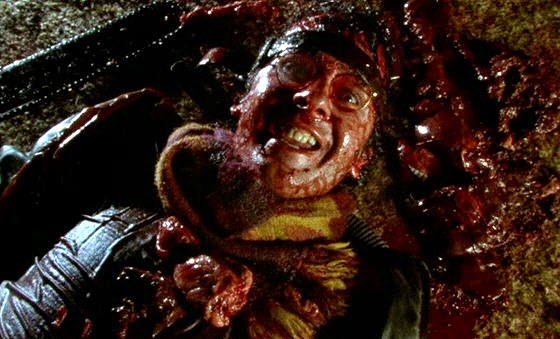 Peter Jackson, widely known for that whole The Lord of the Rings ordeal, had very different beginnings in contrast to where he is now present day. He had cornered the more unsavory vein of horror. Directing and writing some of my favorite flicks such as Dead Alive, Meet the Feebles, and of course, Bad Taste.

In 1987, he produced, directed, wrote, and starred as two characters in the aptly titled Bad Taste. The plot is centered around the Astro Investigation and Defence Service, also known as, ahem, AIDS. These AIDS fight aliens who just love the sweet taste of people meats. I need to say people meats more often.

The plot is pretty minimal and tends to be a series of “one step forward, two steps back” situations. It works really well on multiple levels. Jackson plays to all sorts of fears (some gory, some not) in Bad Taste. I have a serious height phobia and there is a buttload of cliff falling. If you’ve got a thing with gore, there’s lots of literal gut busting. And if you’ve got an issue with brain matter falling out of your freaking skull, well, that’s in there, too. The practical effects are astounding. The aliens are laughable, but creepy. That’s exactly what I look for in film like this. It’s the best of both the comedy and horror worlds.

I dare you not to make audible disgust sounds when watching Bad Taste. It can’t be done. And if you are someone who isn’t bothered by Bad Taste, I’m not sure I want to be in close contact with you, you maniac.

Ahh, yes, Society. An American film, originally released in 1989 at Cannes Film Festival, didn’t find its way to a U.S. release until mid-1992.

Brian Yuzna, who often works with Stuart Gordon and also wrote From Beyond, directed this filthy little body horror gem. Smart, handsome, clever, our protagonist, Bill, doesn’t feel like he fits in with his family or their “right side of the track” friends. The movie can drag a touch in areas, but, as terrible as it sounds, it genuinely doesn’t matter.

If you’ve not seen this and it sounds even mildly up your alley, it is absolutely detrimental that you watch this as soon as humanly (or rather unhumanly) possible.

I realize these films aren’t hugely popular, but I have a feeling they’re on the upswing. I tend to make fast friends with someone whenever they express affection towards movies like Street Trash, The Stuff, or even Slugs. I believe horror is for those who can stomach it, appreciate it, and laugh at it.

Those who take horror one hundred percent seriously, sans any humor, concern me a little bit.

They should probably direct.

Or stay away from the general population.