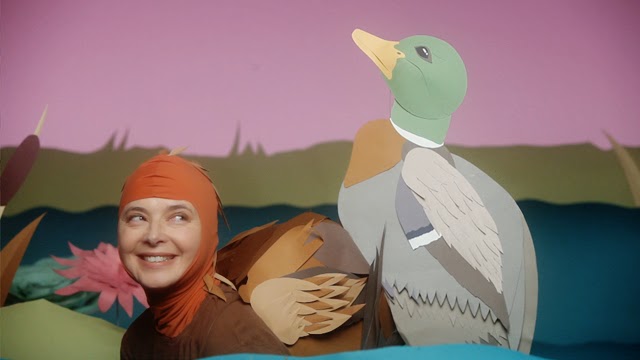 Yesterday I got sucked into a YouTube cyclone, you know the experience, you find one interesting video and then the next thing you know it’s been six hours and your brain is filled with the images of people dressed as cuttlefish fucking.

Personally I blame my now prominent puppet bestiality fetish on the fact that not only is Rossellini kind of hot, but that she really gets into the whole animal sex thing leading you to experience a down-low tickle which will cause you to seek psychological counseling.

So enjoy…and then question everything about yourself.

In this article:Science/Nature, Watch This, WTF