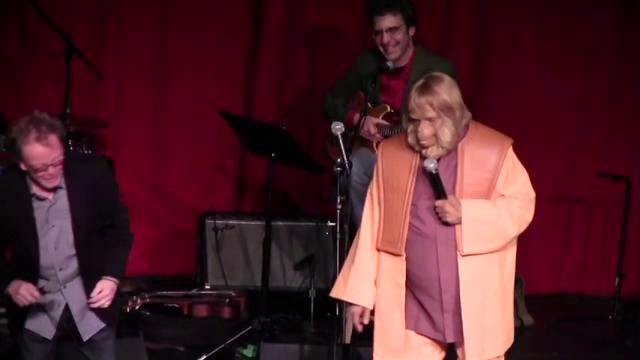 In 1973 singer/songwriter Paul Williams appeared on Johnny Carson dressed as his character Virgil from Battle for the Planet of the Apes. The performance became legendary for it’s pure weirdness and, in some circles, is still thought of as one of the greatest skits in the history of the Carson show.

As an homage to that epic TV moment, writer/comedian Dana Gould stopped by Williams’ show at the LARGO in Los Angeles dressed as Dr. Zaius and proceeded to banter with the legendary singer songwriter.  Pure magic for any fan of the original Planet of the Apes.  Anyone else hoping for a buddy comedy?

If you are a fan of men dressed up as apes, this is definitely going to make you happy.

And here’s Paul Williams’ appearance on The Tonight Show:

In this article:homage, Movies/DVD, Nostalgia, Paul Williams, Planet of The Apes, Pop Culture, Watch This