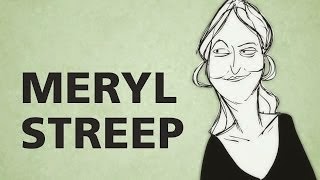 In this PBS Blank on Blank animated interview (from 2008), Meryl Streep sits down with Entertainment Weekly‘s Christine Spines (which you can read HERE) and spills some luscious details about having to be attractive in Hollywood, why she loves acting so much, old-timey sexism found in a long-forgotten magazine and, an especially interesting interaction with Dino De Laurentiis when she went up for a part in the 1976 King Kong movie.

If you ever wondered why Ms. Streep is worthy of being called America’s greatest actors, this interview is proof positive that she is worthy of having that title.

In this article:Animation/Anime, Health and Beauty, Interview, Watch This