The news is out: “Riverdale,” a one-hour drama based on the iconic Archie comic book characters, has landed at Fox. Warner Brothers Studios is producing along with studio-based Berlanti Productions.

“Riverdale” offers a bold, subversive take on Archie, Betty, Veronica, and their friends, exploring the surrealistic twists of small-town life plus the darkness and weirdness bubbling beneath Riverdale’s wholesome facade. Set in the present in the small fictional town of Riverdale, New York. The show will focus on the eternal love triangle of Archie Andrews, girl-next-door Betty Cooper, and rich socialite Veronica Lodge, and will include the entire cast of characters from the comic books—including Archie’s rival, Reggie Mantle, and his slacker best friend, Jughead Jones. Popular gay character Kevin Keller will also play a pivotal role. In addition to the core cast, “Riverdale” will introduce other characters from Archie Comics’ expansive library, including Josie and the Pussycats. 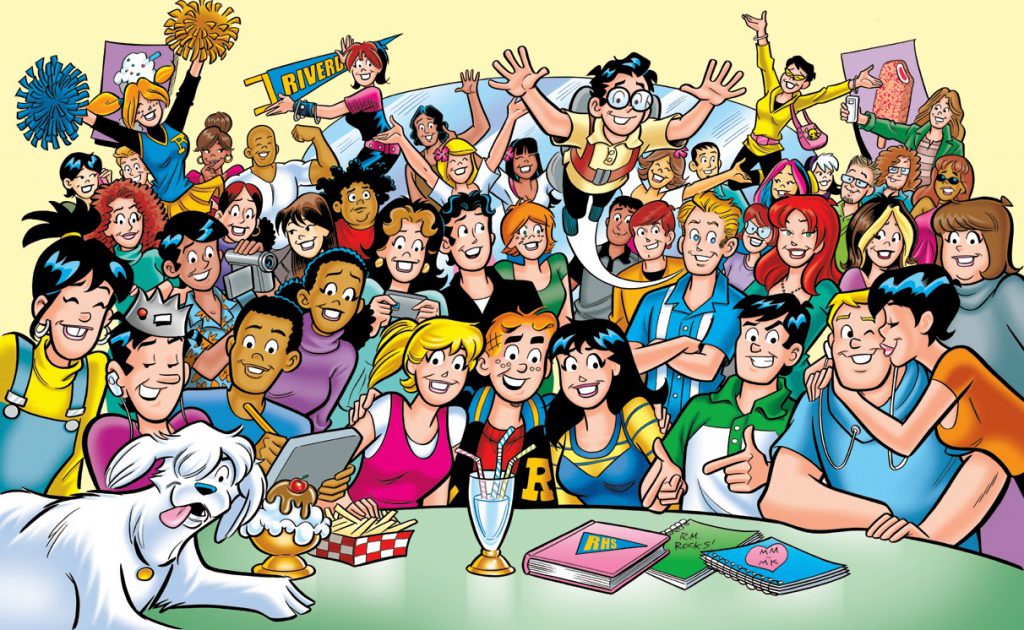 The show will be produced by Greg Berlanti’s Berlanti Productions (“Arrow,” “The Flash”), written by Roberto Aguirre-Sacasa (“Glee,” “Looking”).

Bertlanti’s track record as a producer includes a number of small-town teen dramas, such as the acclaimed “Jack & Bobby” and “Dawson’s Creek” and superhero fare pulled from the four-color pages of legendary comic books like “Arrow” and “The Flash.” Aguirre-Sacasa, in addition to being the Chief Creative Officer at Archie Comics, also writes two of the publisher’s best-selling titles – the horror series Afterlife with Archie and Chilling Adventures of Sabrina. He spent three years as a writer on “Glee” and penned the remake of teen-angst classic “Carrie” and the cult horror classic “The Town that Dreaded Sundown,” as well as the Broadway-bound musical adaptation of “American Psycho.”

“This is a historic moment for Archie Comics, and we couldn’t be happier to partner with FOX, Warner Bros. and Greg Berlanti to bring our characters to television,” said Archie Comics Publisher/Co-CEO Jon Goldwater. “Greg and Roberto are experts when it comes to making great, compelling television and bringing beloved comic book creations to life on the screen. They’re the perfect team to welcome viewers to ‘Riverdale.’”

“This is something we’ve been working on for awhile now, figuring out the best way to bring these characters to life for what will be, essentially, the first time,” Aguirre-Sacasa said. “The entire team working on ‘Riverdale’ is as passionate about Archie as Jon and I are, so it feels like the stars have finally aligned for Archie and the rest of the gang.”