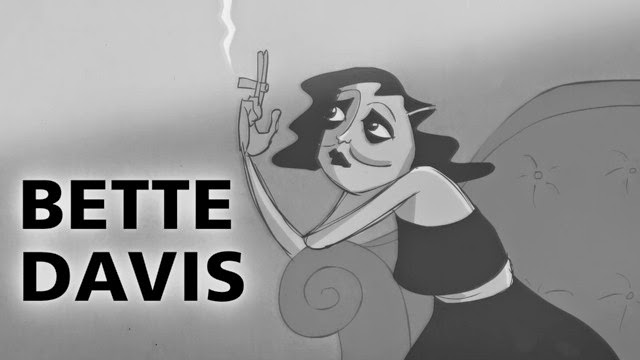 As a woman in the pop culture industry I am no stranger to sexism but, considering that my male boss is fully supportive of me of opening my big fat mouth and saying anything I like, at least my work life is stress-free. That is not always the case for hundreds of thousands of other awesome chicas and that sucks monkey balls big-time (see what I mean about being supportive?).

With all the anti-woman crap going on today both socially and politically, you’d think that somehow we, as an intelligent species, somehow slipped backward a few decades. And, listening to this interview with Bette Davis from 1963, you are reminded that being treated as an equal has always been a struggle that we chicks have had to fight for.

Perhaps we should take a page out of Ms. Davis’ book ladies and quit hoping that somehow the world will change without us and become those loud-mouthed women that the menfolk have always been scared of.

Who knows, maybe we can make a dent in the old dude mindset…at least those guys who haven’t realized how absolutely awesome we are…and finally make Ms. Davis’ dream of an intersex species come true.

Now that would be something.