Hidden Mickeys are for suckers.  Want a fun, new and slightly disheartening new way to enjoy the Happiest Place on Earth?

Instead of looking for rodents, try searching for the scattered remains of the Disneyland of your childhood.

Remains of the House of the Future 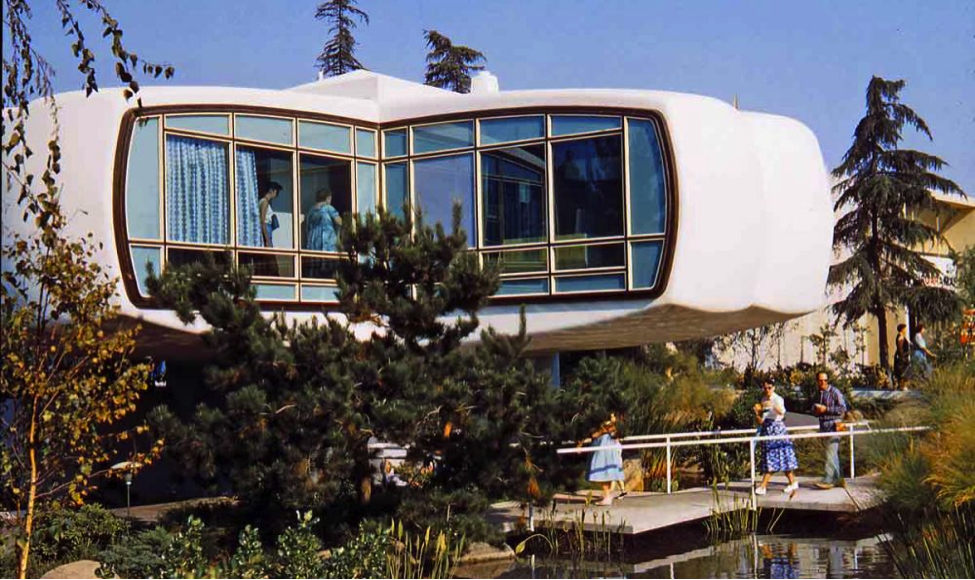 Built in 1957, Tomorrowland’s House of the Future projected a not-so-distant future in which people were living in set pieces from The Lego Movie.

A white plastic exterior offered a projected a future will with bench couches, flat screen TVs and a lot of orange, because orange is the color of 1996.

Destroyed in 1967, the house once sat where Pixie Hollow is presented today. However, if you look past the “Entrance” sign, over the green railing, you will see the former foundation of the House of the Future and one of the leftover planters, painted green to camouflage with the shrubbery.

Right by Big Thunder Railroad, there is a little cave high above a little pond. A great spot for picture taking, having a rest and for spotting imaginary fishies.

Back when Bear Country existed, the little scenic area was home to a few animatronic bears who would fish for supper in the little pond. A small train ride known as the Mine Train Through Nature’s Wonderland would take guests by the serene spot. While the little critters would entertain the guests, fish would pop up occasional to entice the furry creatures into taking a lunch break.

Later, when the Mine Train closed, the train tunnel was converted into a home for Rufus, the snoring bear.

Over the years, the bears went bye-bye, but for some reason, the fish staying. Now when the water is low, you can see fake fish pop up occasional, tricking guests into thinking that Disneyland is also home to a fine fishing spot.

There was Buff the Buffalo, Max the Buck and Melvin the Moose, wise-cracking disembodied heads that welcomed guests to the show.

Well, they have a new home in Splash Mountain, which appear to the be the resting place for former animatronic attractions. 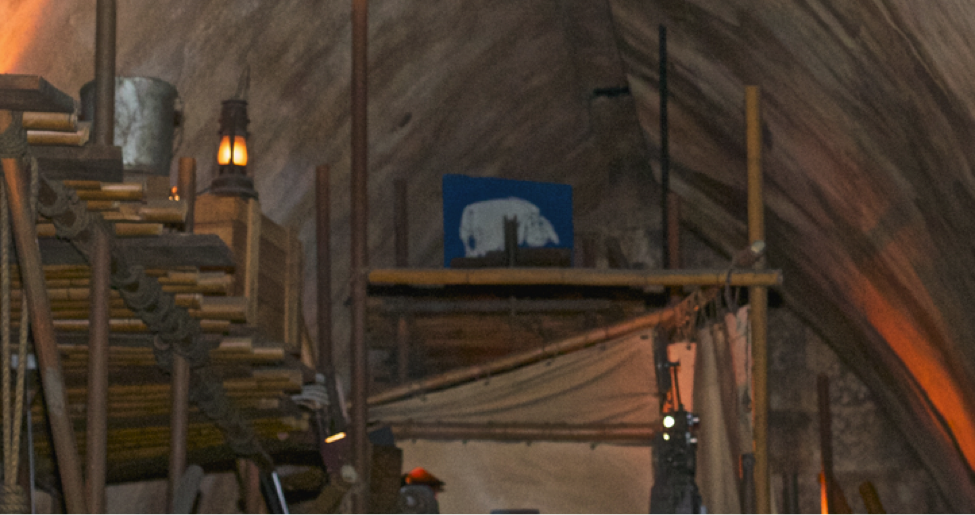 So this isn’t really a fondly-remembered attraction, but most folks have some memory of mom and dad stumbling around the Eeyore parking lot before the Disney masses were forced to take the tram ride from Mickey & Friends parking.

The old parking area was reused for Indiana Jones Adventure, so most will forgive this alteration since the ride is friggin’ awesome.

However, as a way of remembering their roots, Disney Cast Members have left a small remembrance of the one-time tarmac by leaving behind a few of the former signs.

While in the projection booth portion of the line, look up and towards the projector. If you have a keen eye, you’ll spot a blue sign from the area’s former days as a parking lot.

Skeletal Remains of the Geese from America Sings

Learn about the history of America…through the magic of music!

For those who don’t remember, America Sings was a combination ride/show that replaced the Carousel of Progress in 1974. Sam the Eagle (voiced by Burl Ives) would guide you through four different time periods of American music, beginning with “Dixie” and ending with “Joy to the World.” Possums, foxes, geese and long-haired crane birds with guitars would teach you the history of American tunes while the stage moved from act to act.

Low attendance forced the attraction to close in April 10, 1988 (not the Disney death, which by the way, is not an urban legend), forcing all the critters to find new homes.

The lucky ones found residence in Splash Mountain. But sadly, the geese had to have a dramatic makeover to fit into their new home…in Star Tours.

Skinned alive, the geese from America Sings were turned into sassy droids.

They are easy to spot on the ride. Check out their feet. Real droids don’t have webbed toes.

While on the subject of Star Tours, remember good old Rex? Voiced by Paul “Pee-Wee Herman” Reubens, Rex was the ill-equipped droid who took the Star Tours groups through a misguided tour of the “Star Wars” universe.

You can visit his carcass while in line for the newly-revamped Star Tours, now guided by C-3PO.
While waiting for your turn, keep an eye on the right. Right before you pick up your 3D glasses, you’ll see a sad, nearly-dismantled Rex, tragically spouting a few short lines of his former Star Tours spiel, before he powers down and he is lost in the void, a shell of his former self.

Good going, Disney. I enjoy the way you destroy fond childhood memories and then mock them. 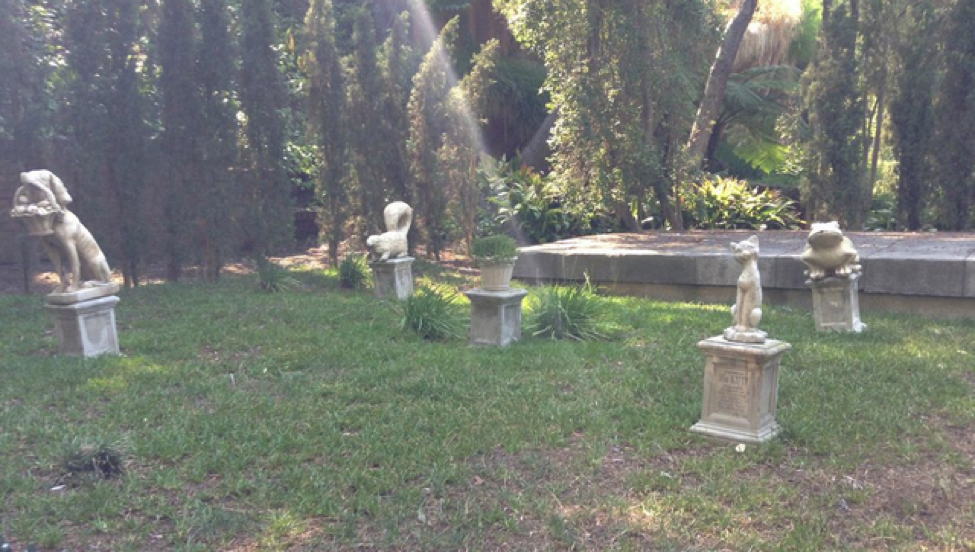 When standing in line for the Haunted Mansion, guests are taken past an adorable cemetery filled with the faux remains for long-gone pets. It’s an adorable addition to the iconic mansion that gives it a kid-friendly flair in the most morbid way possible.

But back in the ‘70s, this wasn’t the only cemetery.

The queue used to run around the house, thus another cemetery was part of the line.

It’s hard to spot these days, and usually only used by those who require use of the special entrance behind the mansion. But if you ask very, very nicely and the park isn’t super busy, a somber Cast Member will give you a little tour of the back cemetery. 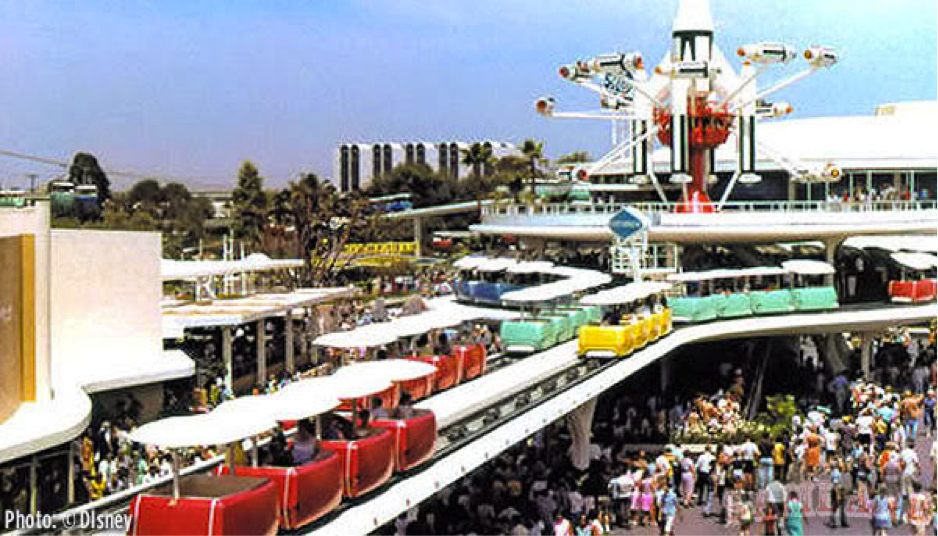 While most of the PeopleMover was a leisure ride through Disneyland, the highlight of the ride was when guests were transported in the future of Tron. Suddenly, popcorn smells and crowds were gone as guests were sent to the grid.

Alas, the PeopleMover was partially dismantled in 1995 to make room for the Rocket Rods, which would use the same track. Unfortunately, do to shoddy workmanship, those little suckers had a short park life due to constant break-downs and long lines.

Gone but not forgotten, the track for the PeopleMover is still part of the park. 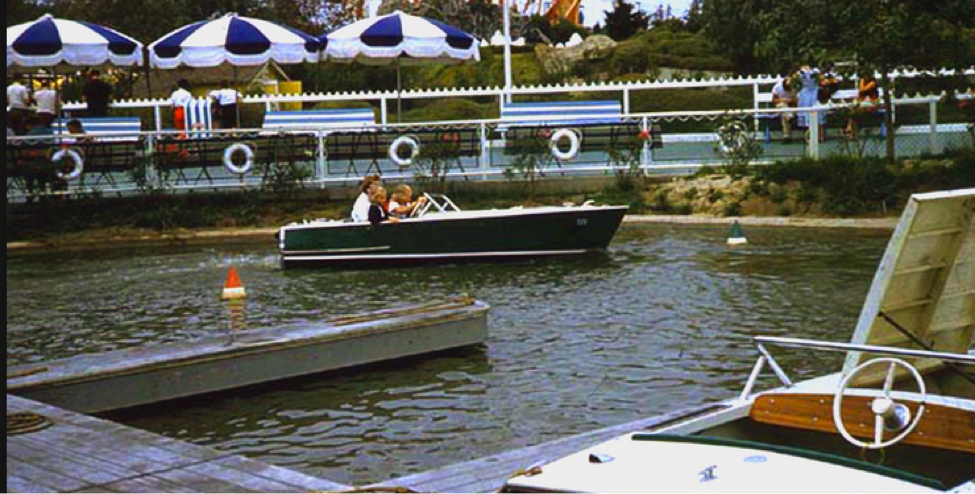 Oh, the Boat Cruise. Just like the Pirates of the Caribbean, but with no Pirates or waterfalls or happy songs about rape.

With a nonfunctioning steering wheel and an even more useless pedal, the Motor Boat Cruise was a great way to see Disneyland if you only wanted to see a small section of the area between Tomorrowland and Fantasyland for ten minutes.

This water version of Autotopia opened in 1957, and even back then, most folks thought is was a little lame. At most, it offered you a view of the Submarine Ride to remind you that there were better rides than the Motor Boat Cruise.

In 1991, the ride became the Motor Boat Cruise to Gummi Glen, as part of a promotion with the Disney Afternoon folks, but after 1993, the attraction closed forever.

Soon after, the former loading dock became Smoking Land, where adults of all ages could visit the wonderful world of nicotine, but now it is just a rest stop where the tired and weary can rest their feet.