Some of us watch it year-round, but most sane people only watch it in October.

We all know that horror is all about sex.

The penetration of the weapon into the body. The pot-smokin’, drinkin’, sex-havin’ teenagers in all those slasher flicks.

But usually it’s all about the punishment for having sex.

Rarely is it ever about what happens when you repress your sexuality.

Sometimes, though, that can have its own terrible consequences. 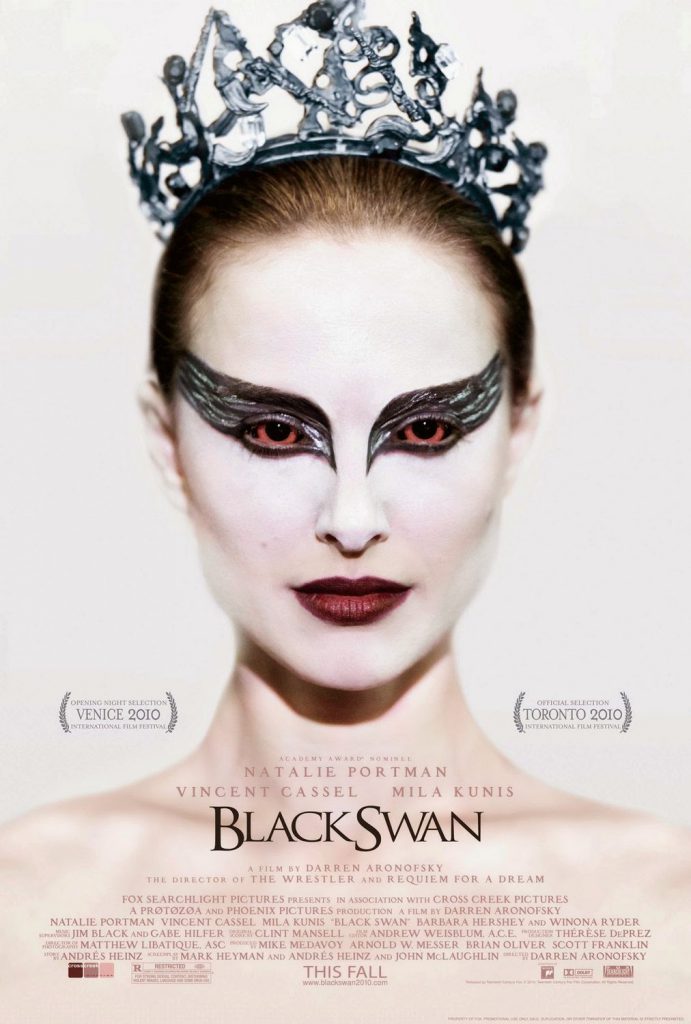 On the surface, Black Swan is about a young ballet dancer named Nina (Natalie Portman) who will do just about anything to get the lead role in Swan Lake. I mean, as long as it involves self-sacrifice and pain.

She would never hurt anyone else…would she?

She’s far too timid and meek for that…right?

She eventually gets the role, but she may not be quite right for it.

New troupe member Lily (Mila Kunis) is also very good. The two become friends, but they’re like night and day. Literally. Nina is all innocence and “must be perfect” while Lily is all about seizing the moment and, well, sex.

And that’s where the subtext comes in. It’s not really too “sub,” really. It’s right there. Nina wants nothing more than to go home and practice, practice, practice. Lily wants to go out and party, drink and have sex. She’s a natural dancer, so she doesn’t need the practice. Nina practices all the time, but still doesn’t have the heart that Lily does.

When Lily seduces Nina, that’s when things start to change. For both of them.

The real issue with Nina is her mother (Barbara Hershey). She always wanted to be a dancer, so she’s kept Nina from the real joys of life to make her daughter into what she could never be. Nina never goes out. She has no friends. She’s never had a boyfriend. So, when she meets Lily, everything floods out of her. She becomes the Black Swan. And all of those good feelings rushing at her at once years after everyone else had them starts to crack her psyche. When a man starts to pay attention to her, it gets even worse.

This is psychological horror at its best.

Moral of the story: Don’t wait to have sex. Do it early. Do it often.

You could turn into a crazy, dancing lady. 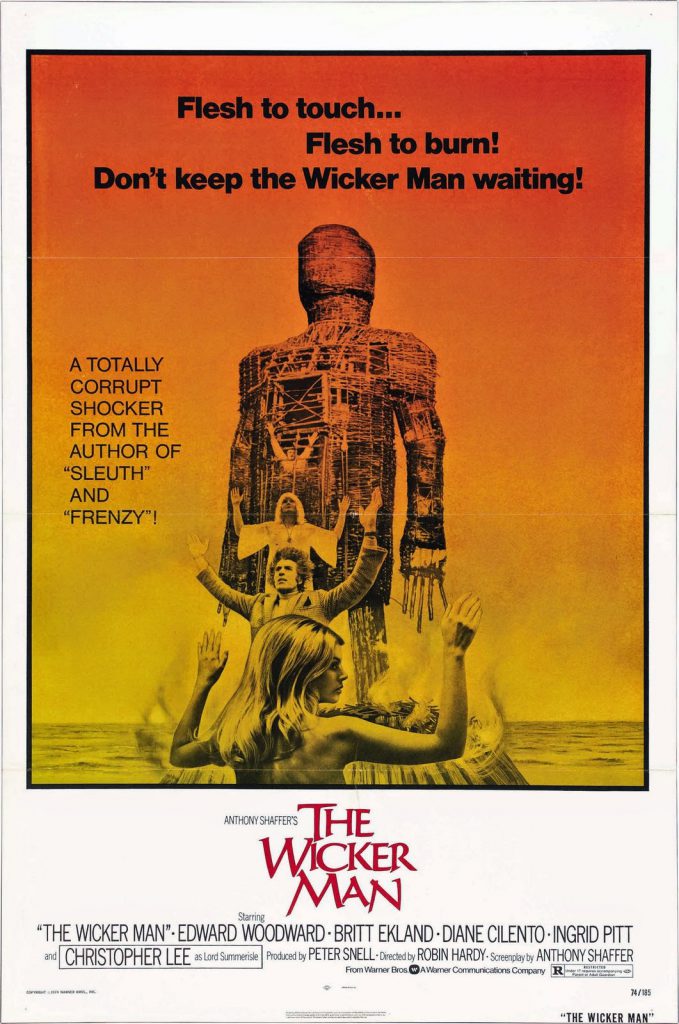 In the early 70s, Christopher Lee was looking to get away from his Hammer reputation.

He wanted something a little more meaty to sink his teeth into besides his usual Dracula and Creature roles. That’s why he decided to play a Pagan cult leader on a remote Scottish island who may or may not be leading sacrifices to make the residents’ crops grow.

The story revolves around a devout Christian policeman named Howie (Edward Woodward) who is trying to find a young girl who was kidnapped on the island. According to everyone, though, including the girl’s mother, she never existed. What’s a copper to do?

Howie runs around the island, is very nearly seduced by the daughter of the landlord of the inn he’s staying in.

She’s played by a nude Britt Ekland…and yet he manages to keep his virginity intact.

This time the man is a virgin. And, well, I won’t give away the ending. Let’s just say that a little less Christian repression might have saved Howie some trouble.

The Wicker Man does its best to be “accurate,” it’s also pretty sensational.

Yes, there were some Pagan tribes that sacrificed folks, but they were usually bad folks. And not very many used wicker men to do it. Who cares, though, really. This is consistently voted as one of the greatest British horror films of all time…sometimes even one of the best British films overall.

A sense of dread permeates every frame and the beautiful island local just makes it that much weirder.

There is a “sequel” of sorts written and directed by Hardy, which I haven’t seen. The Wicker Tree is reported to not be nearly as good, but maybe worth a look. Lee shows up in a cameo is possibly the same character? Possibly not? Hardy has also been working on a third film in the trilogy called Wrath of the Gods.