When you think of clones in science fiction film, you’ll think immediately of Star Wars.

But there is a string of fascinating clone films from the late 60s into the early 80s, produced when cloning was a new concept, even a new word.

Only one or two of these films is well known, and none of these films are great.  But each of them deserves some credit for taking the concept seriously, taking chances with ideas that were still undeveloped.

One thing that “clone movies” have in common is their use of surprises.  Somewhere around the halfway mark, there will be a surprise – that cloning is happening, that the main character is a clone, or something similar.

Another common quality is their being structured mostly like espionage thrillers, perhaps from James Bond film influence.  The main character is either a scientist or a detective, and either he’s running from spies or chasing after them.

The word “clone” dates back to 1963, and the first genuine clone is usually considered to be Cornell University’s carrot in 1964, so we’ll start our look at clone movies in 1965.

I’ve commented further on all these movies in my Claws & Saucers guidebook, but I hope you’ll enjoy the brief comments and links below. 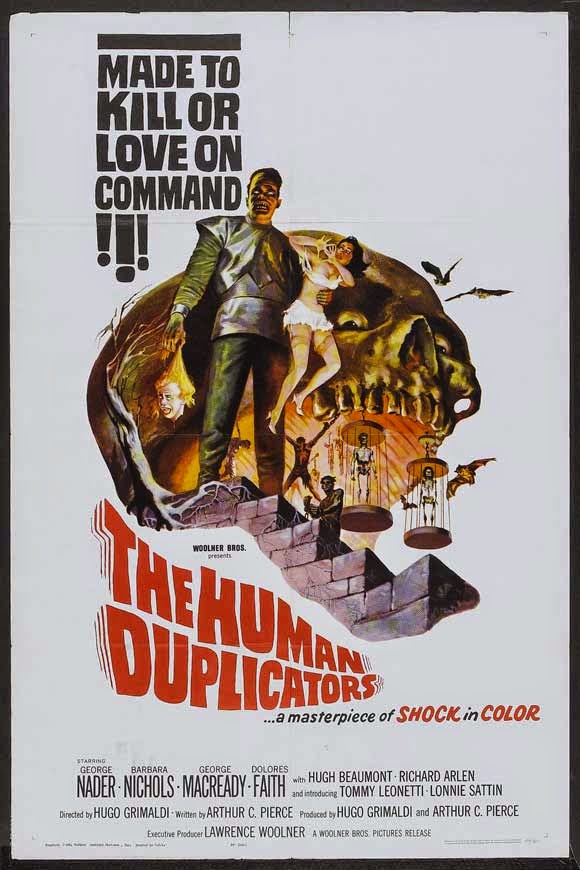 It’s actually about mechanical androids rather than biological clones.  But it feels like a cloning movie and is an important precursor.  Malevolent aliens attempt a “galaxy domination program” by duplicating Earth scientists.  The late Richard Kiel (Jaws from James Bond) is an alien agent.

Ridiculous if taken seriously, the movie can be lots of fun for camp.  The androids are immune to bullets, but – as you’ll see in the trailer – they shatter if you knock them down!

THE RESURRECTION OF ZACHARY WHEELER (1971) 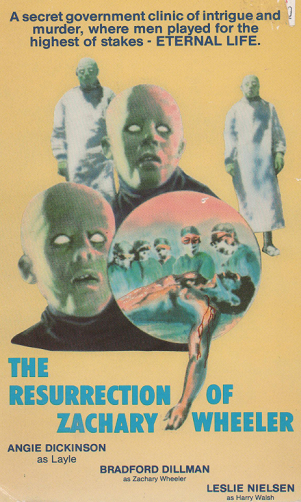 A shadowy tribunal keeps a supply of “somas” (mindless generic clones) that can be transformed into duplicates of anyone they wish.  The tribunal’s doctors simply extract some of your DNA and use “DNA osmosis” to turn somas into your clones.  Your clones will remain mindless, but you can use their organs for transplants.

After a horrendous car crash, Senator Wheeler gets “an entire internal support systems transplant” from his clones.  Meanwhile, a detective played by Leslie Nielsen (in a serious role) tries to track the tribunal down.

It could have been more intellectual, but it’s a good sci-fi thriller that deserves DVD release. 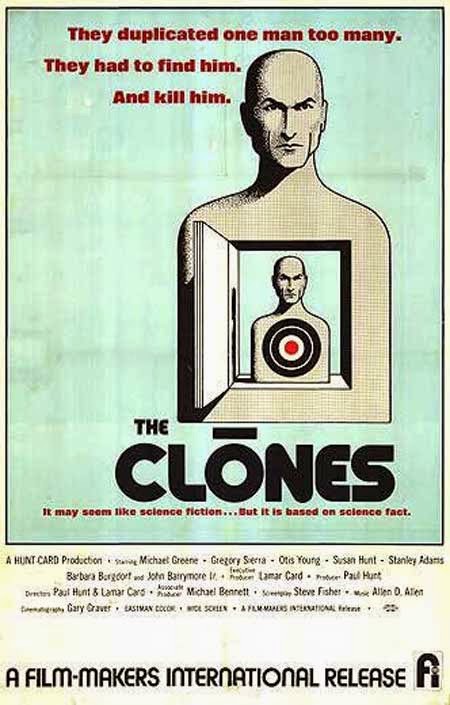 It’s less a science fiction film than a chase thriller, but The Clones makes a nice comparison to Resurrection of Zachary Wheeler, especially in how it fears that clone technology will fall into the wrong hands.

Whereas Resurrection of Zachary Wheeler had private corporate elites controlling the clones, The Clones has the government controlling things.  But government authorities are no better than corporate ones.  Remember that the Watergate scandal was unfolding as this movie was produced.

Amateurish acting and low production values help explain why The Clones is so little known.  But lots of camera motion and odd angles keep the film exciting.  Chasing our hero is a pair of hit men who banter like Jules and Vincent from Pulp Fiction. 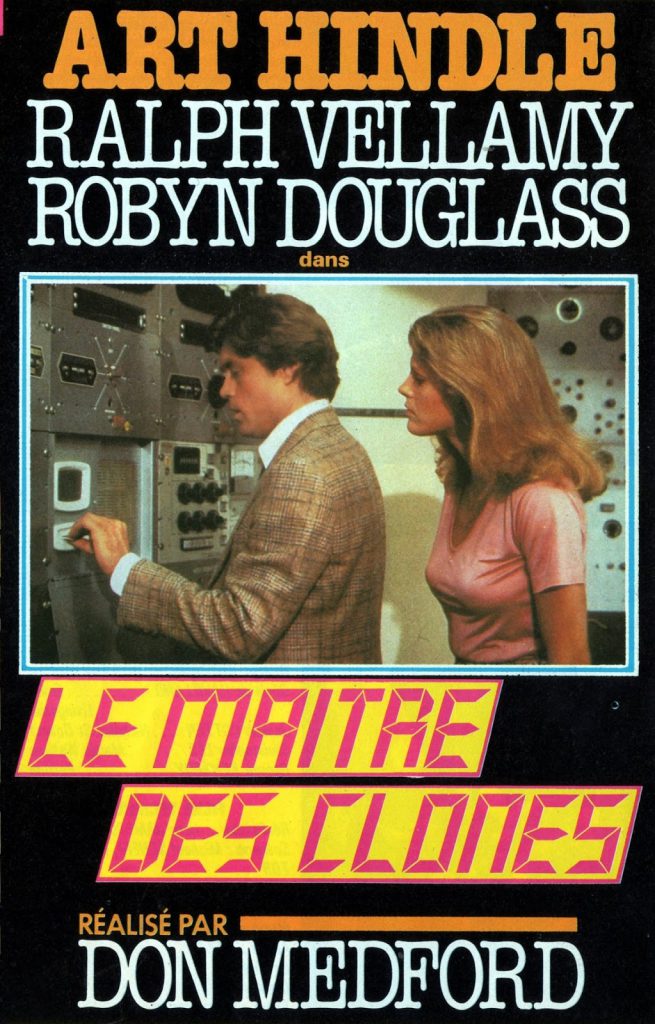 Despite the ominous title, this is the only film on our list that does not portray cloning as a menace.

It’s also the most scientific and most believable.

Though structured as a thriller (like its clone movie brethren) it gives us a good look at the clone lab and a good discussion of the cloning process.

Art Hindle (who also played a duplicate of himself in Invasion of the Body Snatchers) is the hero, who clones himself 13 times.  One odd touch (probably a mistake) makes the clones mutually telepathic.  Each can read the others’ minds at all times.  Yeah, it’s confusing.  But The Clone Master is still the best of the clone movies on this list. 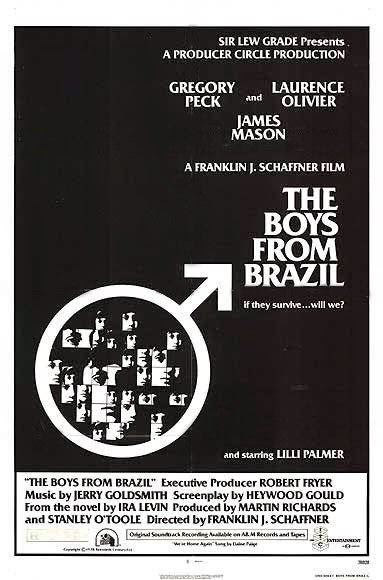 Here’s the only famous movie on the list, the only one with a big budget, and the only one to feature top stars like Gregory Peck (as a Nazi trying to clone Hitler) and Laurence Olivier (as a Jewish detective trying to stop him).

An important issue is raised: even if authentic Hitler clones are produced, how Hitlerlike will they become if raised in different countries, in different families, with different life experiences to shape them?

The film is too long, and lacking in action.  But it’s probably the second best movie on this list. 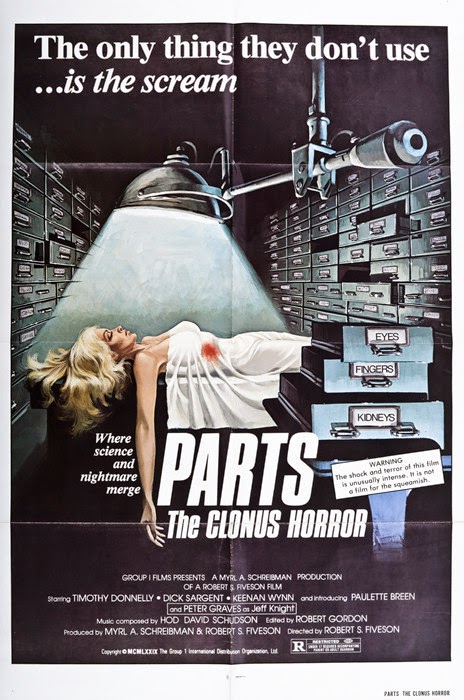 MST3K did a number on this one, and no wonder, since it’s so obviously amateurish and illogical, with so many easy targets to satirize (like ugly 70s fashions).

But it’s reasonably paced for a B-movie thriller, and its main idea – cloned bodies used for organ transplants, as in Resurrection of Zachary Wheeler – is ahead of its time.  Peter Graves is the suspicious politician.

The Island (2005) strongly resembles Clonus, and might have been a direct copy. 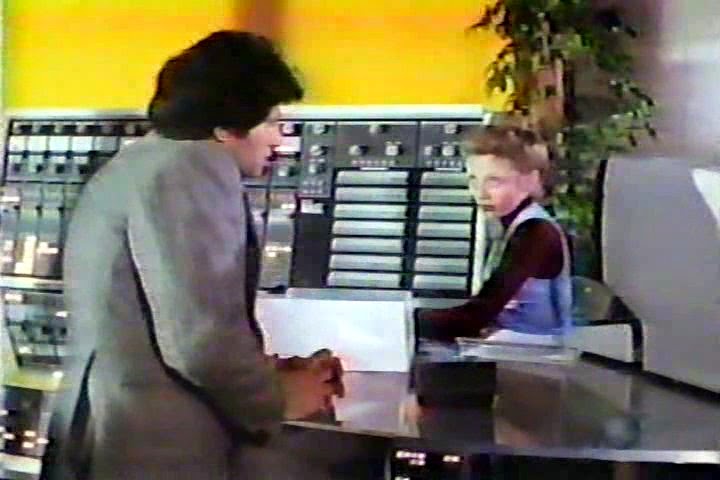 In the near future (1996), a slobby and impoverished but sweet and loveable private eye investigates some strange disappearances on an island paradise.

But is it really an island paradise?  Or is the whole place a base of operations for a rich control freak (the great Donald Pleasence) to create obedient clones of people he dislikes?  One by one, this bad guy wants to kidnap or kill his foes and replace them with the clones.

It’s a dumb movie with awful music and awful dialogue, but the “70s future” is fascinating.  Some predictions, such as computers controlling everything, are slightly off.  Other predictions, like boxy electric cars, are coming true.

Final Eye is also notable for being the only clone movie that tries to be funny. 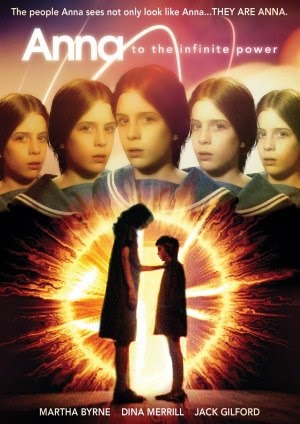 Whereas Boys from Brazil had cloned Nazis, Anna to the Infinite Power has cloned Jews.

It’s a serious and ambitious movie, almost a character drama, as the adolescent Anna slowly realizes she is one of many clones.  The motives of the cloners are basically benign, though things don’t go as planned.

While overlong and overwritten, the film remains satisfying intellectually, as it takes the p.o.v. of the cloned individuals rather than the cloner scientists.