Fact: the Forces of Geek editors do not like it when you use their corporate American Express Black card on frivolous purchases.

They really don’t like it when you use it on a number of questionable Amazon and eBay items.

However, after a stern “talking to” from one of the very large, incredibly scary assistant editors at FOG!, the editors felt I could keep one purchase – only because it could be the subject of this week’s Flashback. 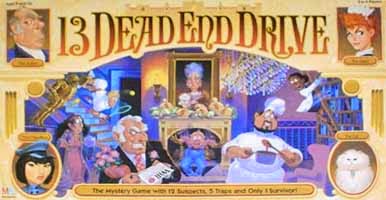 First of all, a little history – 13 Dead End Drive is a murder/mystery game brought to you by Milton Bradly in 1993.  The “story” revolves around a wealthy old widow’s will and your desire to do anything (including murdering competitors) to get her fortune.

The main draw was the 3-D element; that is, the various traps used in dispensing the other players are actually built on the game board like Mouse Trap.

The interactive, 3-D element was pretty big in 80s and 90s board games.  Can’t say that I know if it still is, seeing as how board games are really only enjoyed by a few people old enough to remember them and those that do still play generally use card-based games.

I’d say it’s sad that this generation didn’t get to play classic board games, but I’m not that nostalgic.  I mean, c’mon, would I have rather played Battleship or rocked whatever new Metal of Honor 13: Ghost Wars of the Future Black List videogame?

Now, to the game: 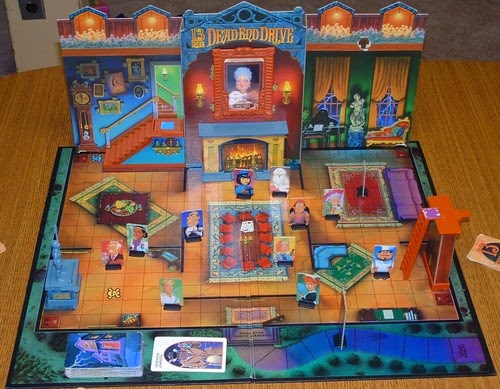 At first glance, it simply looks like a pumped-up version of Clue and, after reading the directions, it kind of is.  The first thing I realized is you need at least 3 players for this game, which meant I needed to round up a few people.

So I grabbed my roommate “One-eyed Mike”, my bookie “Stabby McGee”, and Farhood the boxer who lives downstairs.  I promised them “Rose wine” and five dollars apiece.

At the start, we passed out “character cards” (you’re not limited to one) and you got to keep it quiet who you have.  You then get “portrait cars” that correspond with whoever the favorite to inherit the fortune is.  Then, you get “trap cards” that tell you which trap is yours, i.e. the “bookcase trap,” the “chandelier trap, “ etc. 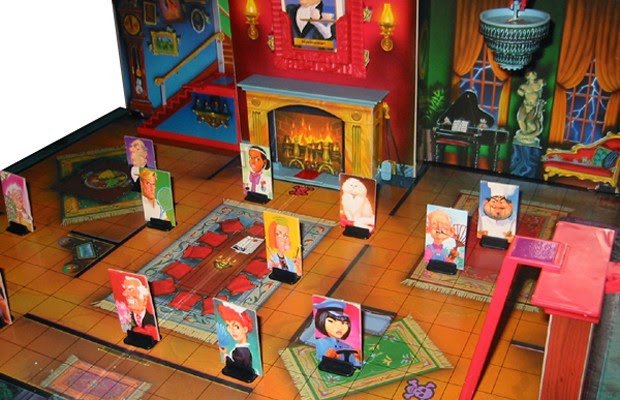 After that, you need to roll two die and move two of ANY characters either towards a trap or away from it (if you wanted to save yourself or bluff that it isn’t your trap).  The portrait on the mantle determines who the “favorite” is and, thus, more likely for others to want to kill.  The portrait can be changed when someone rolls doubles.

There are three ways of winning:

•    Secretly killing everyone else on the board and/or being the last one standing.
•    Escape the mansion while you are the “favorite.”
•    Be the “favorite” when the detective arrives.

Oh, that’s right; there’s a detective outside that is slowly approaching, only moving one space at a time. 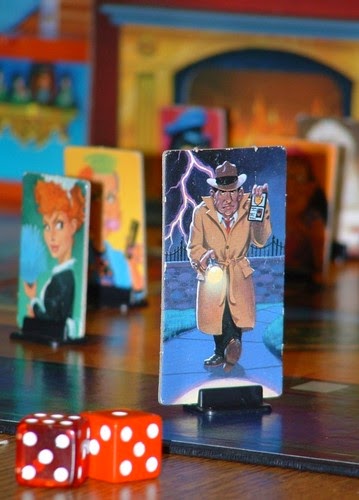 It’s hard to actually portray how to play the game in words that don’t make the rules sound ridiculously complicated, but it actually isn’t that bad.  Hell, a degenerate, a man with no depth perception, a guy with a 2nd grade education and a punch drunk fighter could comfortably understand what’s going on.

Although a little juvenile, it’s also fun to play drunk on awful red wine; so it’s got that going for it.

My recommendation is this: if you have between 5-25 bucks lying around, and an eBay account, check it out.

Frankly, “Stabby” is trying to figure out how to turn this into an actual underground competition with real traps in some sort of The Running Man tournament. 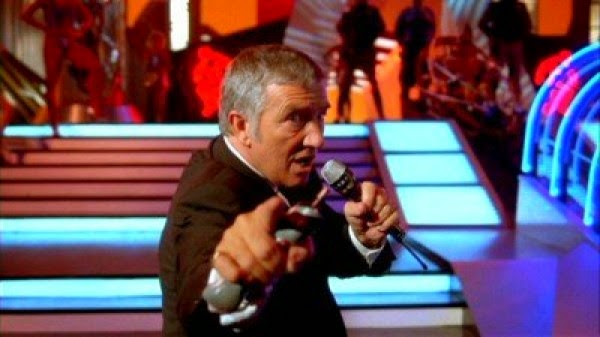 In this article:90s, Board Games, Nostalgia, Toys/Games, Written by Charles Knauf