Editor’s Note: Our Gotham reviewer, Steven Scott, just moved across the country delaying his coverage of episodes 3, 4 and 5. 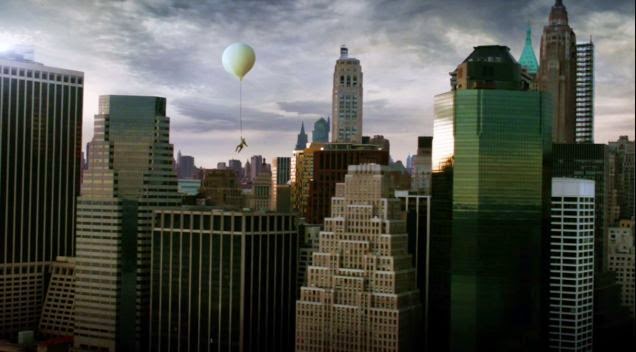 A new vigilante is taking the law into his own hands strapping corrupt public figures to weather balloons and sending them off into space. Due to his methods, the press has dubbed him The Balloonman, and now Gordon must stop the madman’s rampage, despite the people of Gotham embracing him for taking out the trash. 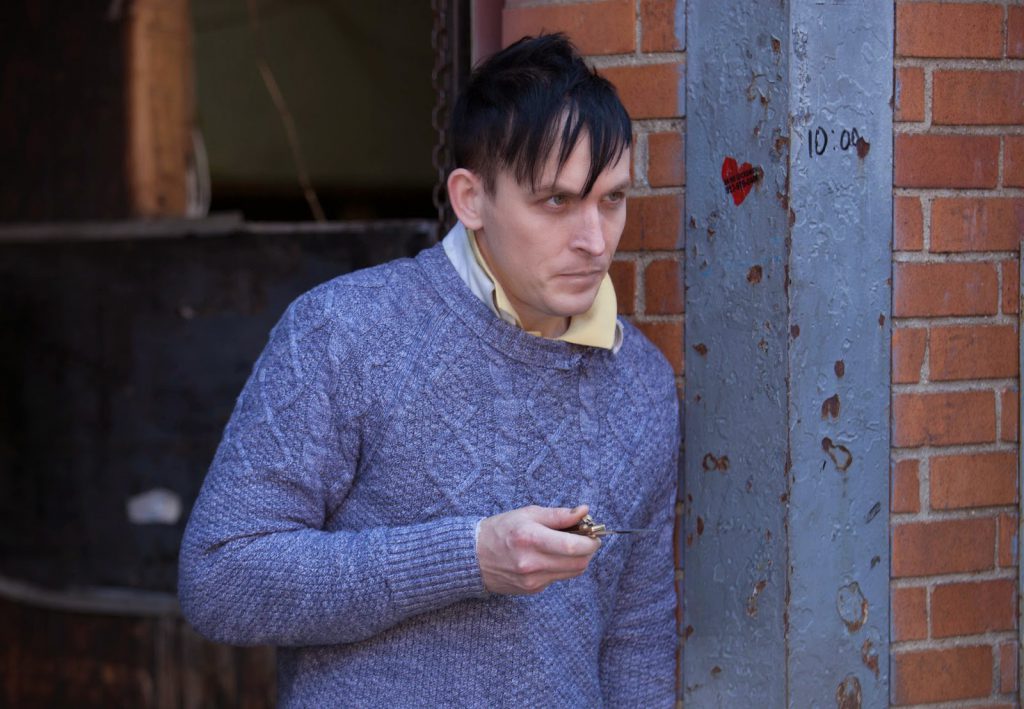 The Penguin is again this episode’s MVP. Like Joker in The Dark Knight, the show is that much better when he’s onscreen and you can’t wait until he pops up again. From the very first scene of him feeling right at home in his corrupt, crime-ridden city, he is a magnetic personality who you can’t help rooting for despite being a murderous sociopath.

The rest of the cast is beginning to settle into their roles except for Pinkett Smith. Cat is back in this episode assisting Gordon with his follow up investigation on the Wayne murders and they have good chemistry. If they continue to develop her role right, she will be a fan favorite by mid season. 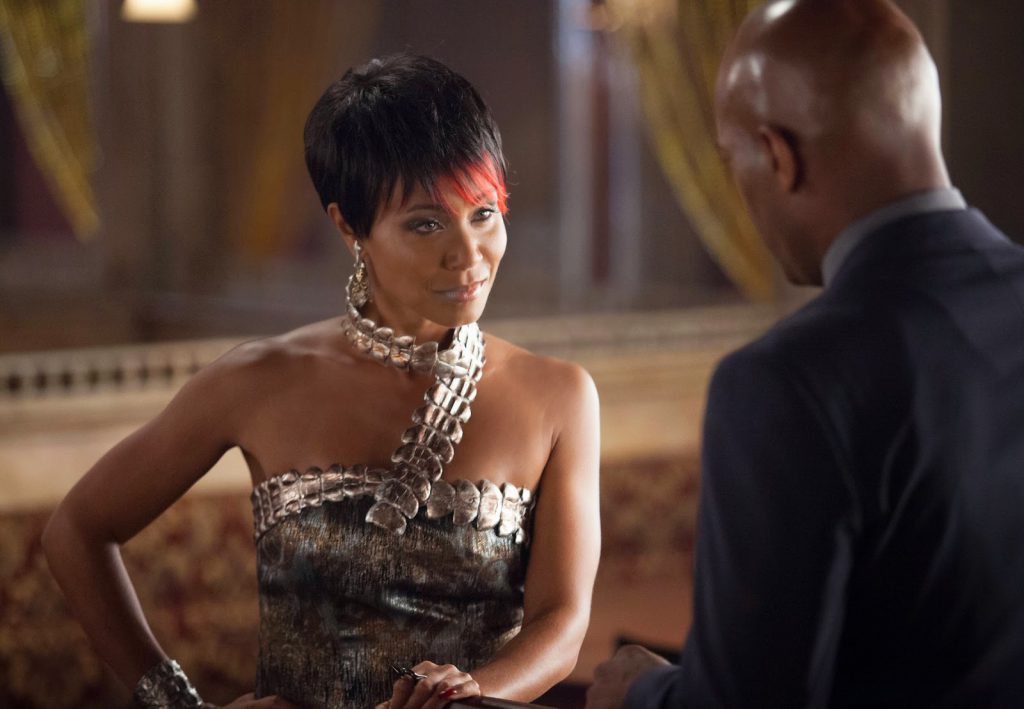 Fish Mooney remains a low point as Pinkett Smith is clearly relishing her villainous role way too much, coming off more silly than menacing. She appears to be taking her cues from Eartha Kitt’s Catwoman and takes the show up a notch on the campiness meter. I hate to say it but the sooner Penguin rises up and devours Fish, the better off the show will be.

Whereas Gordon and Cat’s scenes together work, Gordon and Bruce’s are majorly lacking. The first scene they shared together in the pilot felt natural because it was real and honest, a detective consoling a newly orphaned boy and making him a promise that he will avenge his parent’s deaths. Every scene they’ve shared since then is cold and wooden, feeling more like an excuse to get these two in a room together than an organic part of the story. Alfred’s presence doesn’t help either. Something needs to change in this dynamic.

From the opening scene with the first victim floating towards his death above the Gotham skyline, the first thing that popped into my head was “Batman could’ve saved him.” Unfortunately the GCPD doesn’t have their own Batplane but they do what they can within their abilities to track down and prevent more of these deaths from happening. The Balloonman, a one gimmick villain who would fit alongside such D-listers as the Kite Man if he were introduced in the comics, actually works here as a one off antagonist. He’s not so powerful that Gordon couldn’t take him down without assistance from Batman, but he is a sign of things to come. 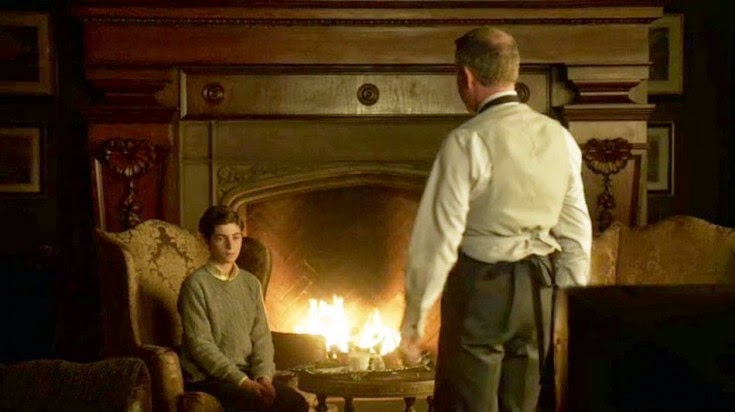 Bruce is given his obligatory scenes in this episode, one of which involves a newscaster posing the question, “who will step up to protect the citizens of Gotham?” Cut to Bruce’s face.  Nods like this kind of make me wish Bruce hadn’t been added as a regular on the series as I can only take so many “Hey, by the way, he’s going to be BATMAN,” moments.

Plus, how many more Balloonmen will the show throw at us before they start burning through more and more of Batman’s foes. Who will be left to introduce by the time he suits up? 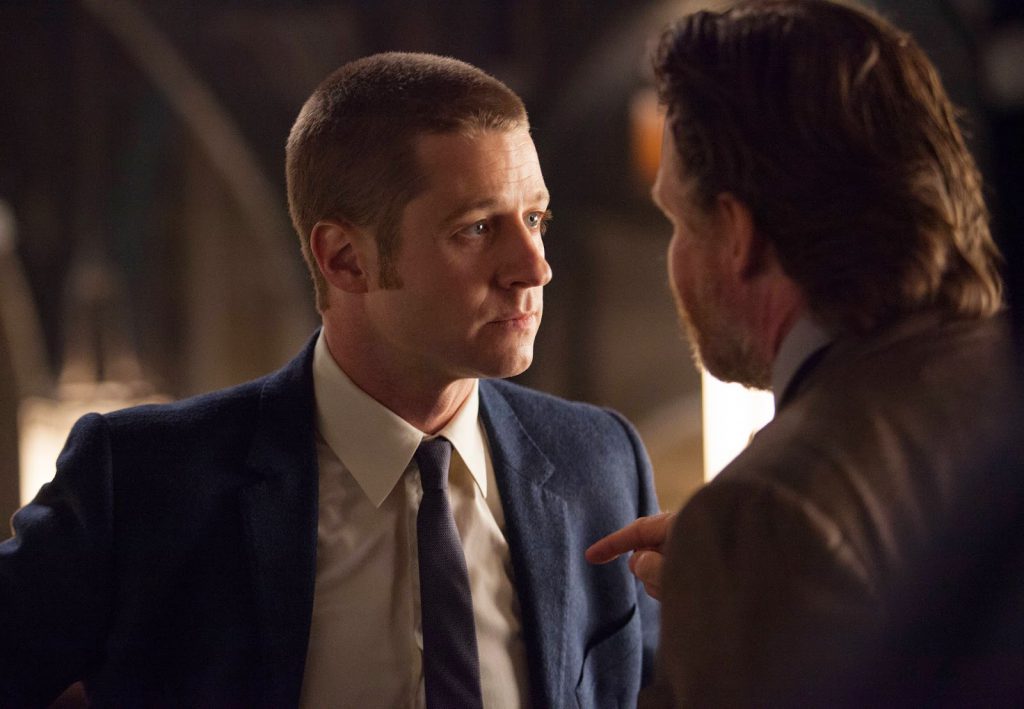 Despite some bumps, this is the best episode of the series so far. Not a difficult feat after the disappointment that was the previous episode. The villain worked in the context of this series as someone that the cops could take down without Batman’s help but is gearing us up for more colorful characters to crop up. Let’s hope the show has worked out its kinks by this point. 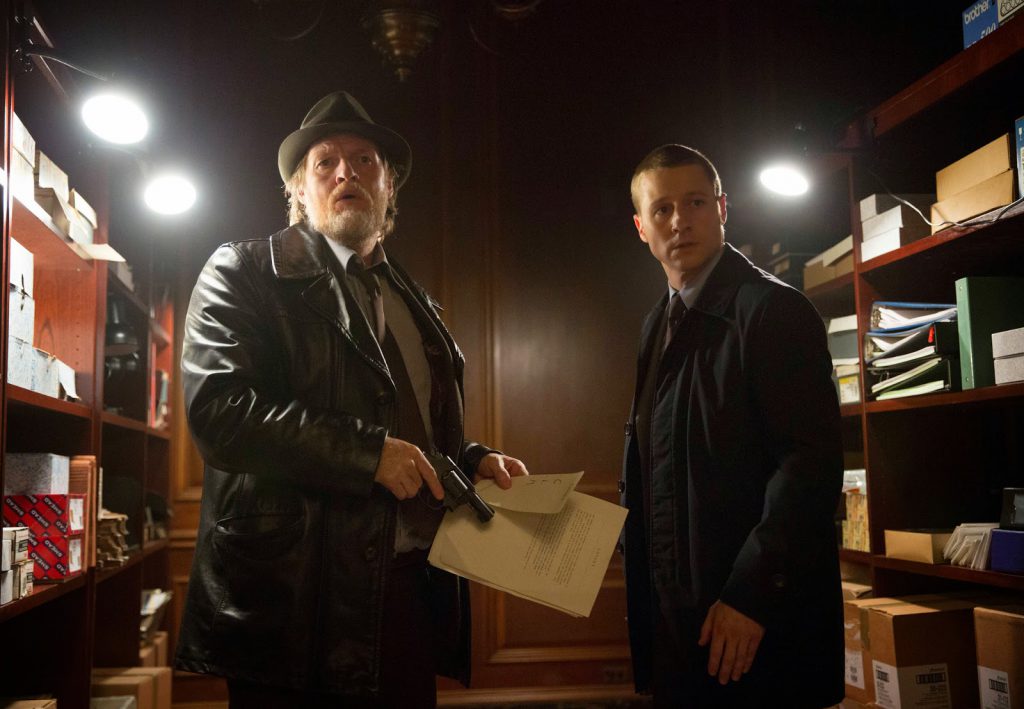 Another one-and-done villain is at the center of this episode as the B story is what keeps things interesting. Arkham is at the center of the plot and everyone wants a piece of it for their own gain. Also there’s a guy with a weird cylindrical knife who is taking out high profile figures.

Just another day in Gotham… 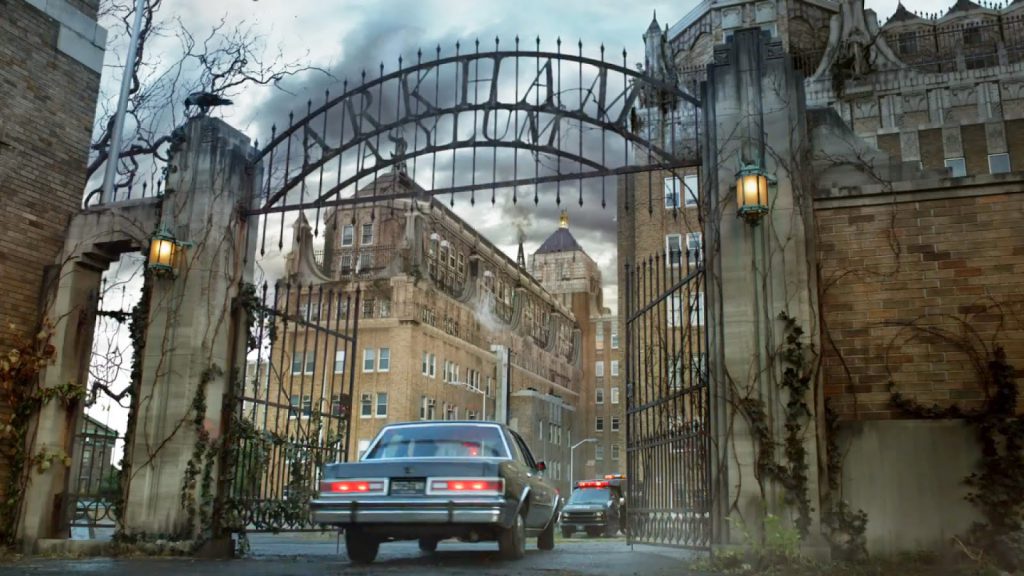 This episode begins to expand the world of Gotham more than the previous two episodes. As the title indicates, we get our first glimpse at Arkham Asylum. It’s only the gate but it’s still pretty exciting to see the infamous landmark make its debut in the series. Can some of the asylum’s most notorious inmates be far behind?

The seeds have been planted for a turf war between rival bosses Falcone and Maroni. This is getting into familiar territory for fans and will undoubtedly make for some great television if done right. Dexter’s David Zayas is great Maroni (I already like him better than Eric Robert’s portrayal in The Dark Knight) and I can’t wait to see him go toe-to-toe with John Doman’s Falcone. 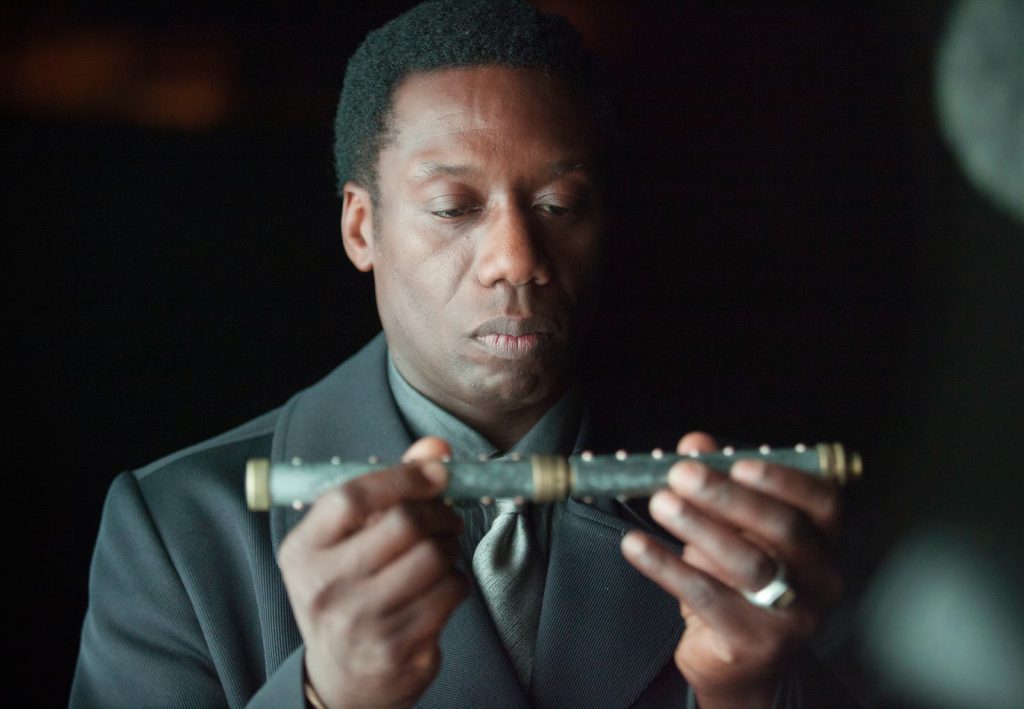 The main villain of this episode was boring and completely forgettable. While the overarching secondary plot of Penguin’s climb from lowly henchman remains in the background we are offered these lackluster A stories. It’s a shame because Batman is known for having the greatest rogues gallery of them all and yet here we receive scraps. Until Penguin takes center stage I’m afraid the meatiest role will have to play second fiddle to the wacko of the week. Until this happens, Gotham remains mediocre.

Another episode, another obligatory Gordon/Bruce scene. This one actually seems like a conversation these two would have on a rooftop with the addition of a batsuit but for now we have the awkward staging presented here. At least there was no painful foreshadowing this time. 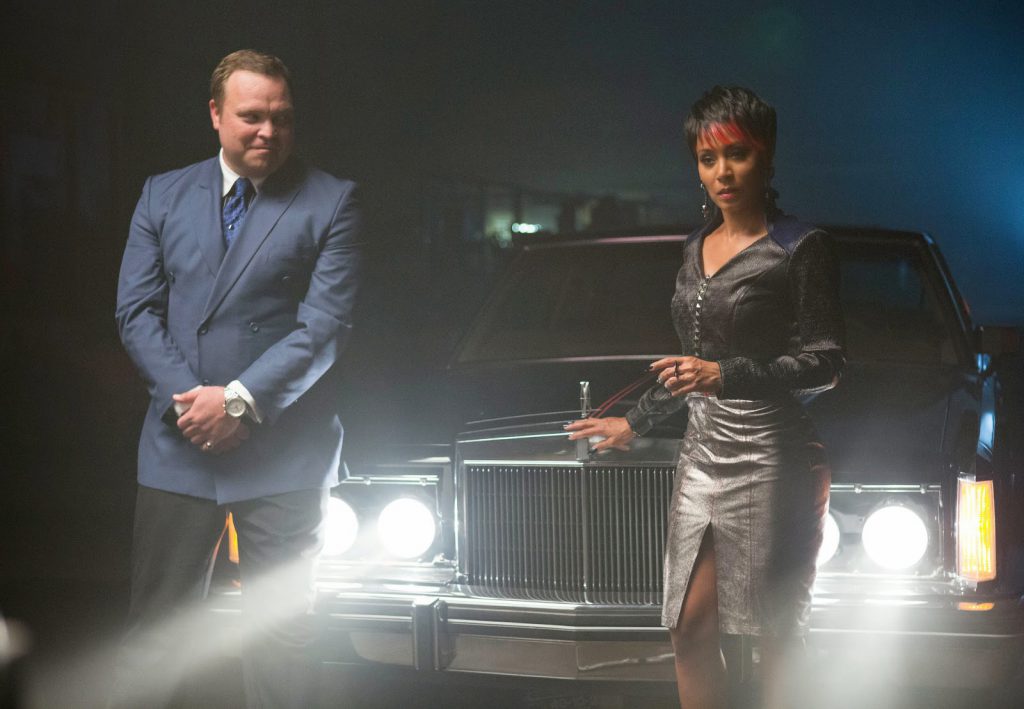 As previously mentioned, the Falcone/Maroni face off is heating up and that’s a good thing. Let’s keep things moving in that direction and show casual fans tuning in what they’ve missed from not reading the source material.

Plus the addition of Arkham is cool and should pave the way for more creative opportunities if the writers know what to do with it. Sometimes it feels like the writing staff just has a passing knowledge of Batman’s world from what they’ve seen in the movies but we can only hope they’re doing their homework and it will eventually show. 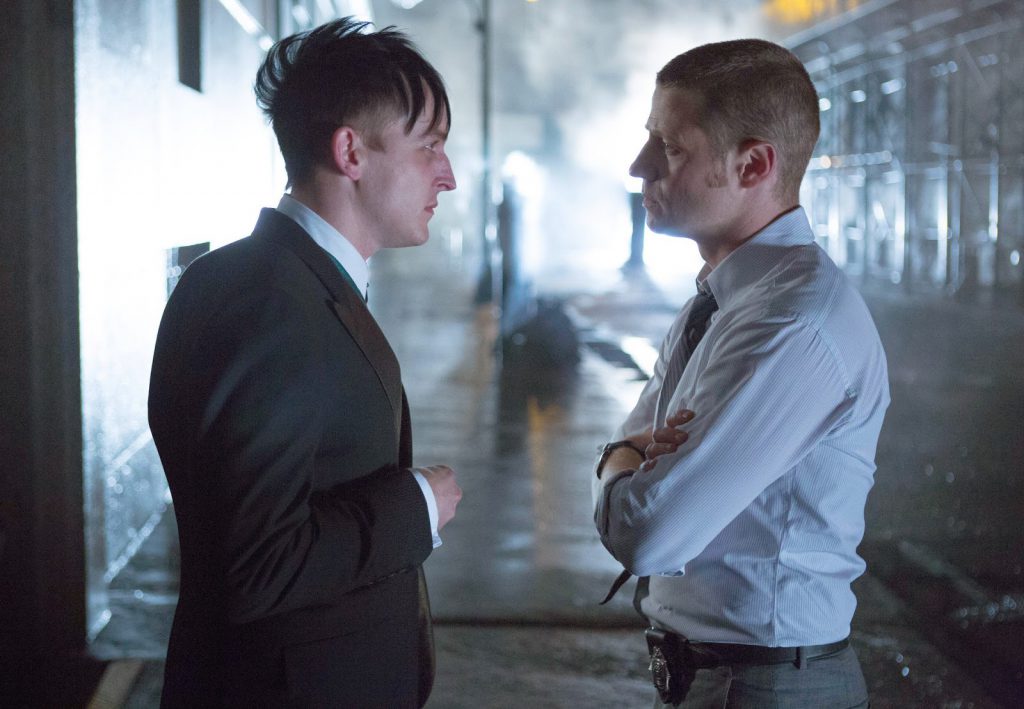 The series is still finding its footing four episodes in. Not the worst episode so far, but it feels like we’ve taken one step forward and now another one back. The show needs to commit and jump feet first into the world of Gotham before I can really buy it. It certainly looks like the city I’ve read about for years in the comics on the surface, now it just needs to feel like it too. FOX just ordered an additional 6 episodes so let’s hope they don’t squander them.

A strange drug has made its way onto the streets of Gotham by the name of Viper that is killing off citizens but not before giving them superhuman strength and going on a rampage. Meanwhile the mob war is heating up and Gordon is powerless to stop it. 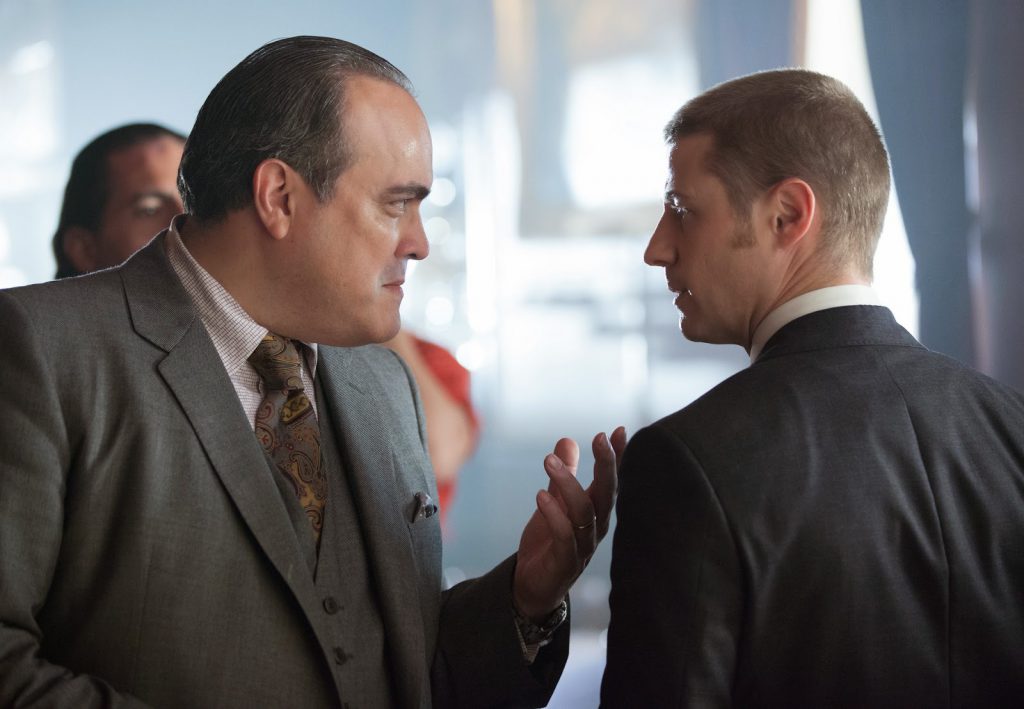 This episode gives us the strongest scene in the series yet with Sal Maroni at the center of it. David Zayas plays it perfectly, embodying a menacing villain without falling into a caricature. Here the show gives us a fly-on-the-wall look at the criminal underworld at work and it’s exactly the shot in the arm this series needs. THIS is what the show should be. Hopefully the writers realize this and steer the series in this direction, delivering DC’s version of The Wire to us.

The relationship between Bruce and Alfred is beginning to resemble the one we know and it’s a nice change of pace.

Barbara as well as Detectives Montoya and Allen are absent from this episode. I didn’t miss them.

The bad part is I feel like I should have but these roles have failed to make an impression, having been relegated to ancillary characters whose only purpose is to serve the leads. I should have known prior to the series debuting that based on the promotional assets that Gordon would be at the center of the show, and that’s fine, but I had hoped that he would play the Grissom to the GCPD’s CSI where it played more like an ensemble and each team member had their moment to shine. I suppose there’s still time for that but for now, it’s not looking likely to happen anytime soon.

As far as Barbara, she’s the least interesting character on the show and that’s probably how it will remain. 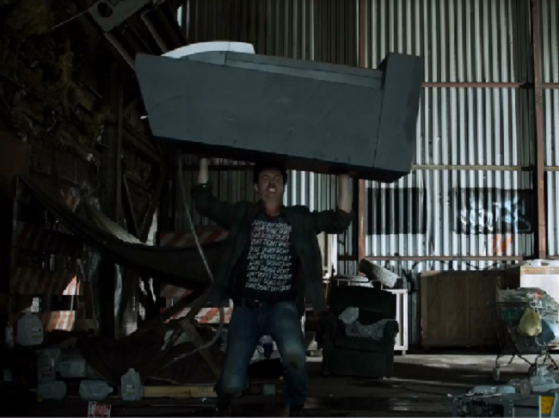 While this episode had some major highs, the supernatural elements feel like they’d be more at home on a show like Supernatural than here. I had hoped the show would be a little more grounded in reality in the style of the Nolan-verse but having said that, it is in the spirit of the comics so I can’t complain too much. 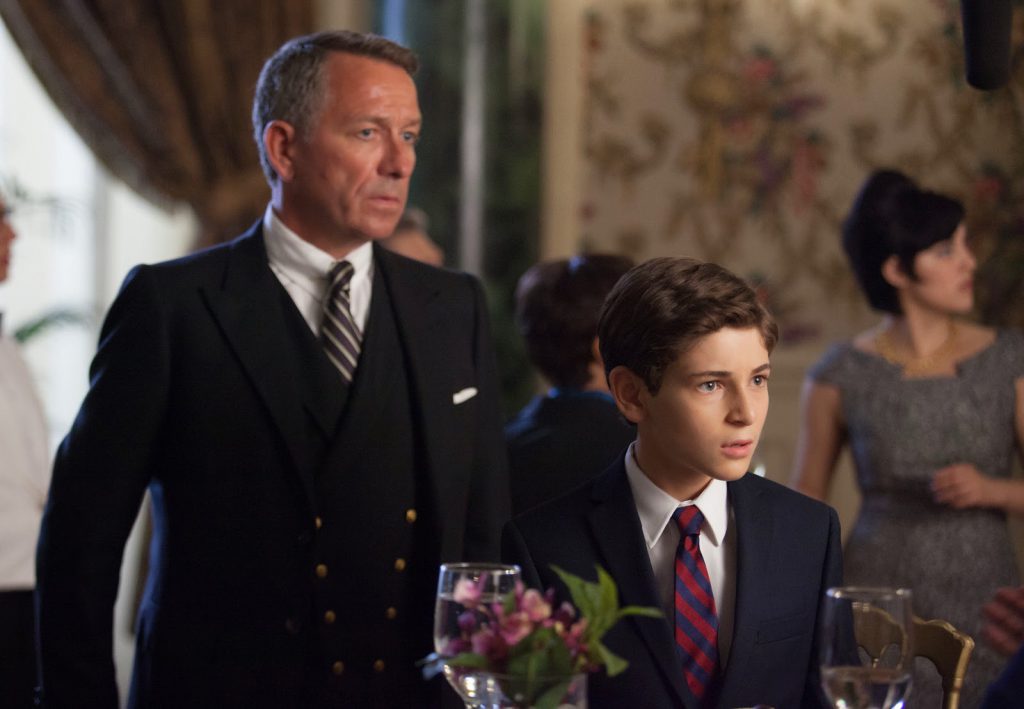 Bruce is starting to feel a lot more like Bruce. People even treat him and talk to him as if he were an adult, which I guess he is for all intensive purposes. Watching your parents get gunned down in front of you will do that. His detective skills are really beginning to develop here as he starts investigating his family’s company and finds there is corruption within. Alfred experiences a change of heart and stops resisting his master’s compulsion to investigate and has come around to this recent development.

This is the Alfred we know and love and hopefully he’ll become more likeable as a result, albeit begrudgingly so.

As soon as the Viper drug is introduced, I immediately recognized it as the show’s version of Venom. Turns out I was half right as (SPOILER) it’s a precursor to Bane’s drug of choice. It’s cool to see these elements make their way into the show but hopefully they don’t go there too quickly and Man-Bat pops up in another episode or two. Let’s take care of the mob first. 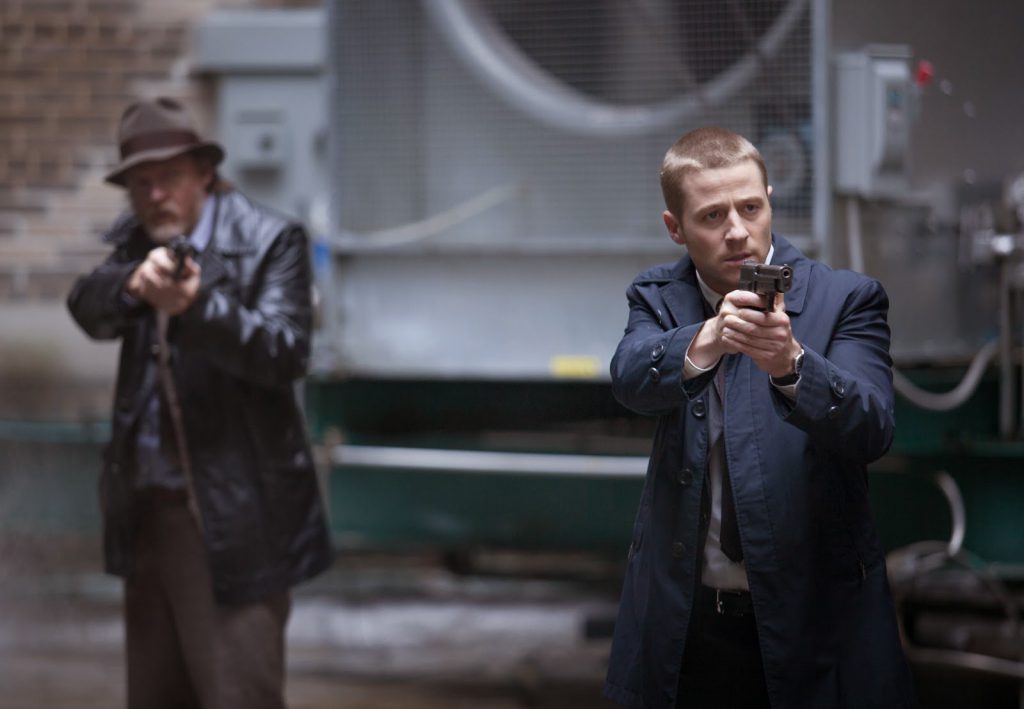