We open with a flashback followed by a crime scene that is identical to a case that Bullock closed a decade ago.

Is this the work of a copycat killer or is there something more sinister at work?

Meanwhile the evidence against Gordon as a cold blooded killer is mounting and only one man can stand in the way between the detective and a prison cell. 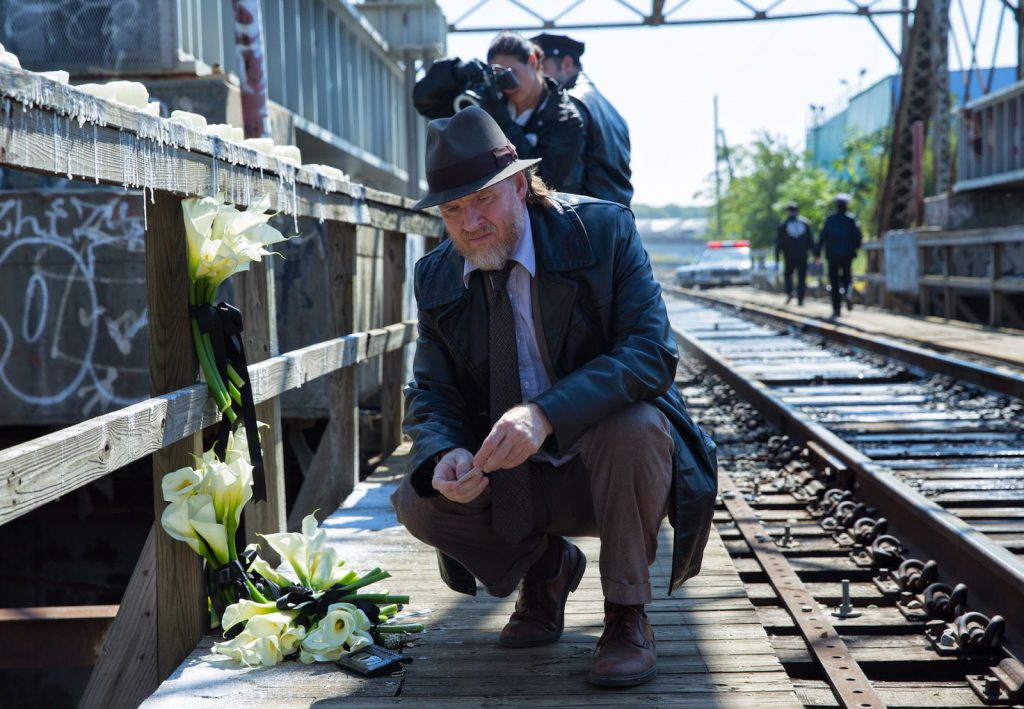 No Fish Mooney. Did not miss her one bit.

The villain here was a nice surprise and was a great fit for the tone of the show. Gotham’s best baddies have always been psychologically twisted and that’s what we get here. A solid detective story with Bullock at the center was a nice change of pace and showed us a new side to his character which was very welcome in a show that was getting way too Gordon heavy. 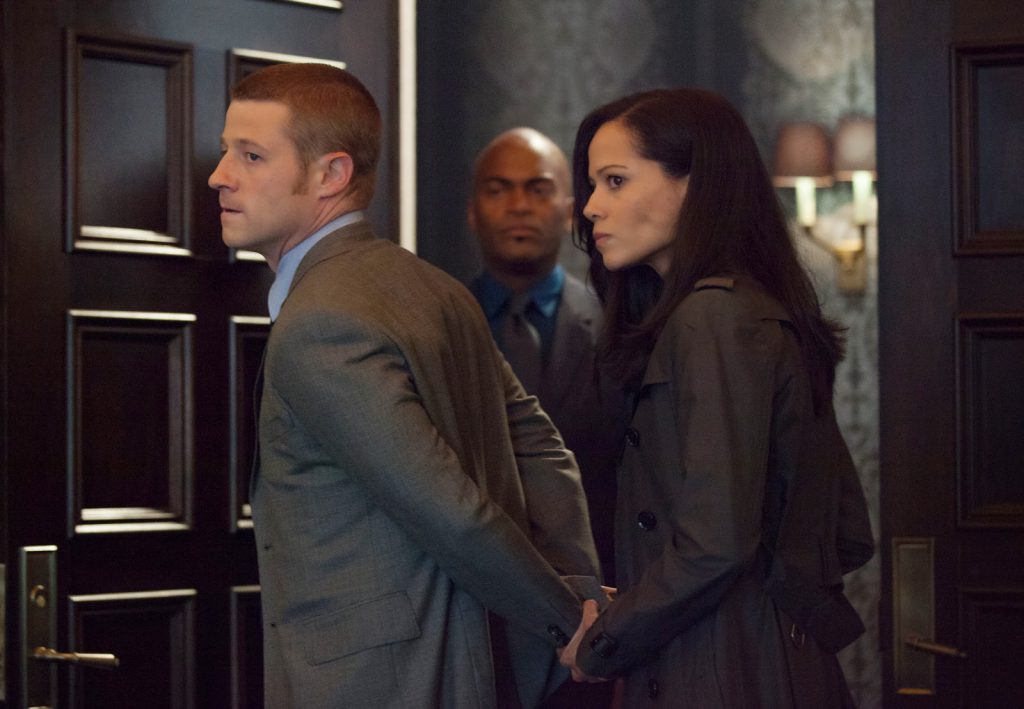 The subplot of Montoya and Allen building a case against Gordon for the murder of Penguin finally comes to a head. This made for a nice cliffhanger, (something this show has yet to master) and I’m happy that we’ll be moving on from this as this plot line was beginning to spin its wheels.

Another detective says to Bullock who is trying to save a life, “Gotham’s gold rule, Harvey. No heroes.” 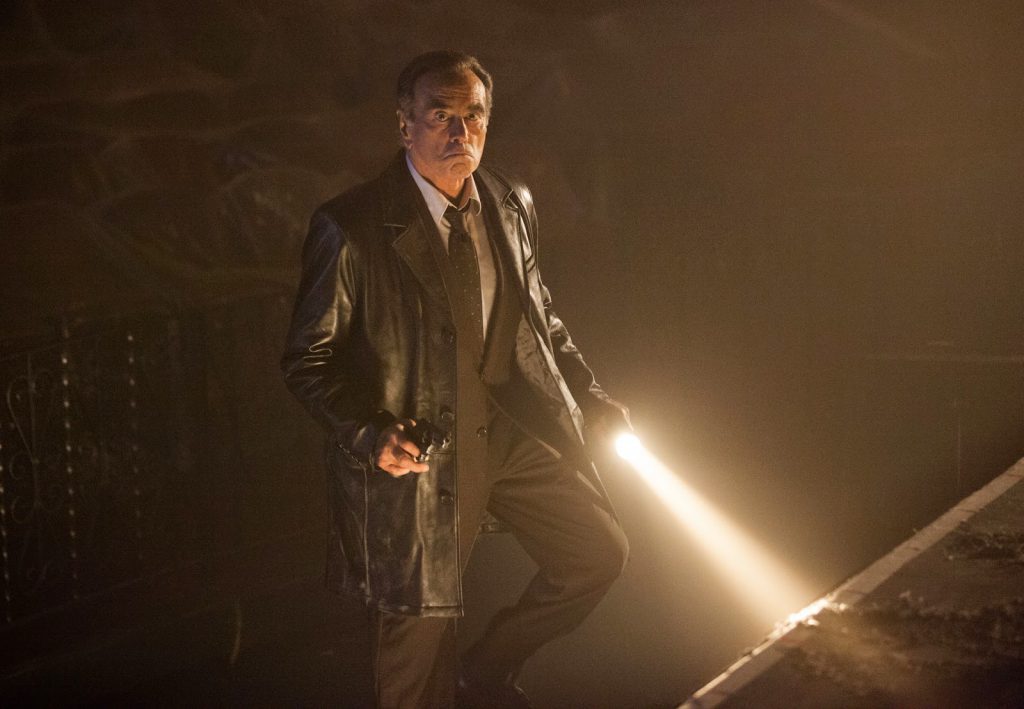 If Gotham is intended to be a character on the show, it’s a one dimensional one at that. Can we go at least one episode without the obligatory reminder that Gotham is a wretched hive of scum and villainy?

Not enough Penguin but it’s a good thing that he’s missed and he does get one of the best scenes in the whole episode.

The Riddler’s subplot felt more like filler than a worthwhile detour from the main story. Hopefully they figure out what to do with him and soon because so far I like the idea of him as a forensics guy in the GCPD better than I do the execution of it. 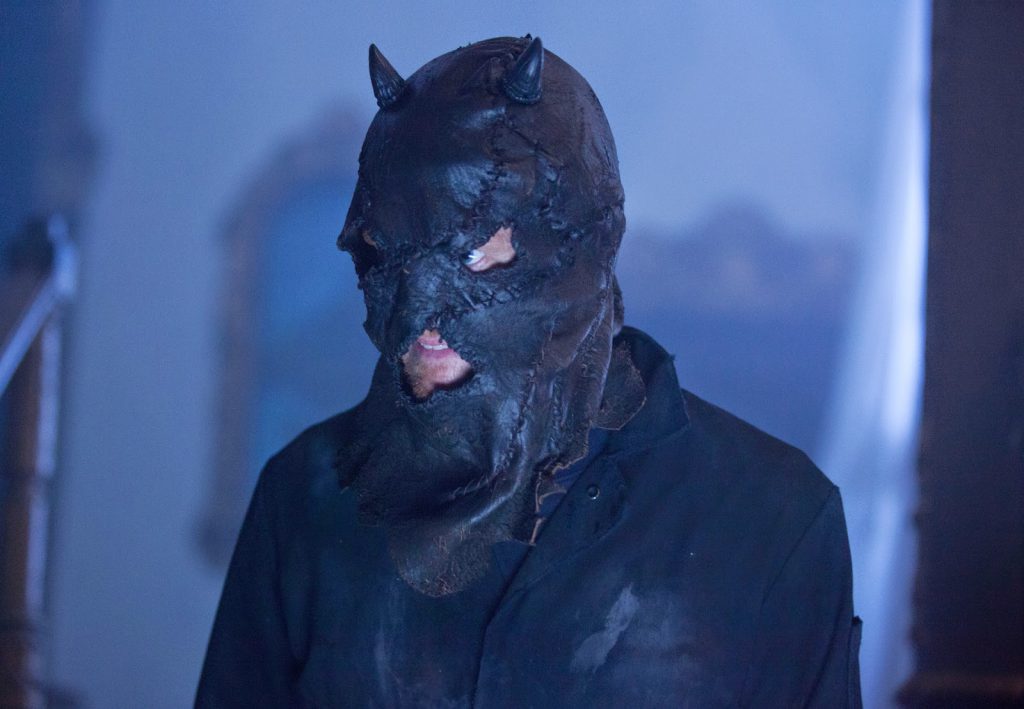 The show continues to carve out its own path with original villains and plotlines, which is a good thing. I hope they will continue to organically introduce more elements from the comics into the show in a natural way but episodes like this one prove that Gotham can work independently from the source material and still tell interesting stories.

Having said that, I can’t wait to see more familiar faces pop up and how they’re portrayed in this iteration as it’s been reported that both Harvey Dent and Leslie Thompkins have been cast.

Overall this was a good episode. Not a perfect one but definitely moving in the right direction. My biggest gripe is although I’m not opposed to the one-off villain of the week format that’s been established, the show needs a strong subplot to keep it feeling serialized and keep us coming back. 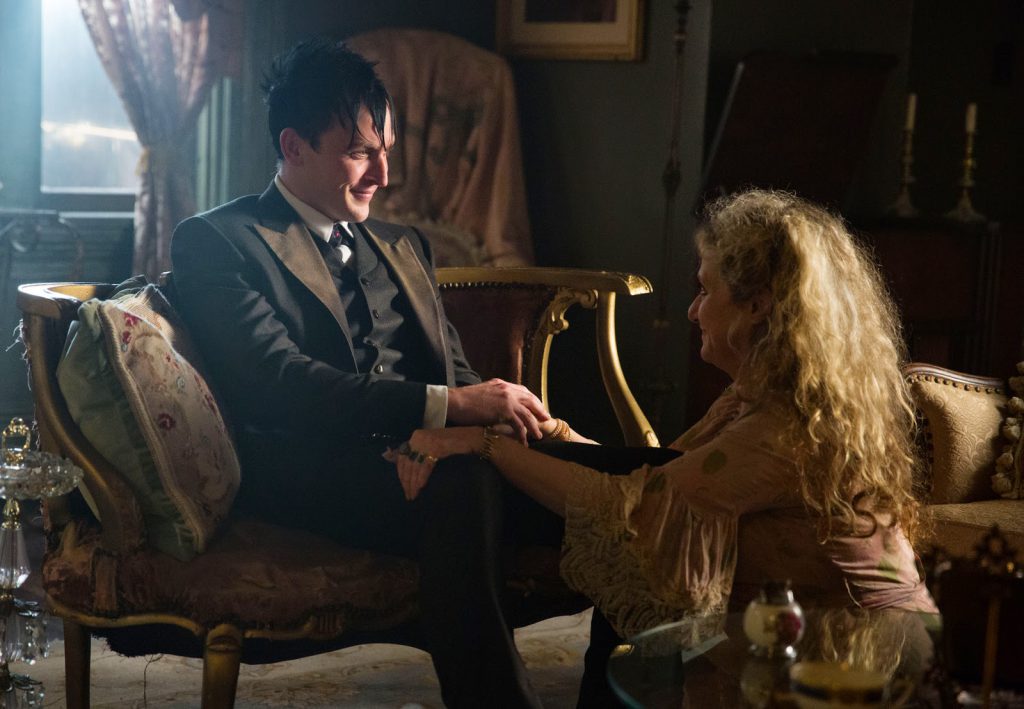 So far Penguin has been doing all the heavy lifting as we continue to follow his path and that’s been a highlight of the show but what happened to the mystery of the Wayne murders which was set up from the pilot?

All I’m saying is when Veronica Mars does a better job of weaving its season-long mystery into each episode than your show does, it may be time to reevaluate the direction of the show.

And that’s no slam again Veronica Mars, that show did mysteries right.