New Year’s resolutions can run the gamut from dropping ten pounds to reading more books to pinching pennies for a rainy day fund. But for TV fans resolving to catch up on their favorite shows in the New Year, HBO has two new releases to help them reach the finish line.

The guys in Looking: The Complete First Season might be a little bit older, but they’re still figuring things out themselves. Patrick (Jonathan Groff) has a great job, but can’t quite get a grasp on his romantic life. Agustin (Frankie J. Alvarez) is moving in with his long-term boyfriend but questioning the idea of monogamy. And Dom (Murray Bartlett) is facing middle age with little to show for it. The intimate series uses their friendship and love lives to explore modern gay culture and the new challenges that arise as gay people are able to live their lives more openly.

Press releases for both after the jump. 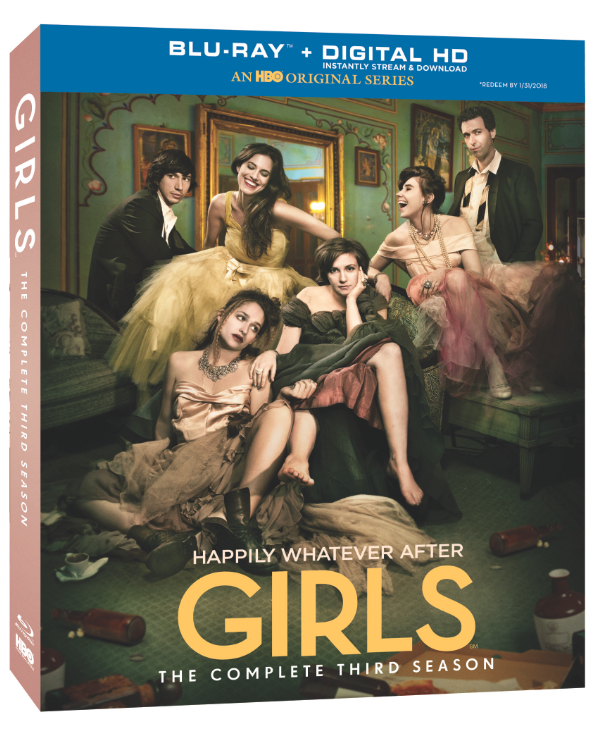 Just in time to catch up on all the make-ups, break-ups, breakthroughs and breakdowns before the highly anticipated season four premiere comes the release of Girls: The Complete Third Season. Starring and created by Emmy® nominee and Golden Globe winner Lena Dunham and executive produced by Judd Apatow and Jenni Konner, the show continued to be recognized by critics in the third season and earned two 2014 Emmy nominations for Outstanding Actress in a Comedy Series (Dunham) and Outstanding Supporting Actor in a Comedy Series (Adam Driver). Girls: The Complete Third Season will be available on Blu-ray ($39.98) and DVD ($29.98) on January 6, 2015. The full season is also available for purchase now on Digital HD. The Blu-ray set features a Digital HD copy and exclusive bonus content including gag reels, deleted scenes, music features and more.

This season, Hannah (Dunham) is in a committed relationship with Adam (Driver), and the two are settling into a newfound domesticity in Hannah’s apartment. Hannah is also working on rehabilitating her writing career and concentrating on delivering her eBook to her eccentric publisher. Meanwhile, Marnie (Allison Williams) is meticulously working to achieve the life she feels she deserves. Nearing graduation, newly single Shoshanna (Zosia Mamet) masterminds a plan to create a healthy (at least on paper) balance between partying and her studies. And, continuing on a streak of disrupting the lives of those around her, Jessa (Jemima Kirke) strikes up an ambiguous friendship with a flamboyant father figure.

Blu-ray with Digital HD Features (along with all DVD extras): 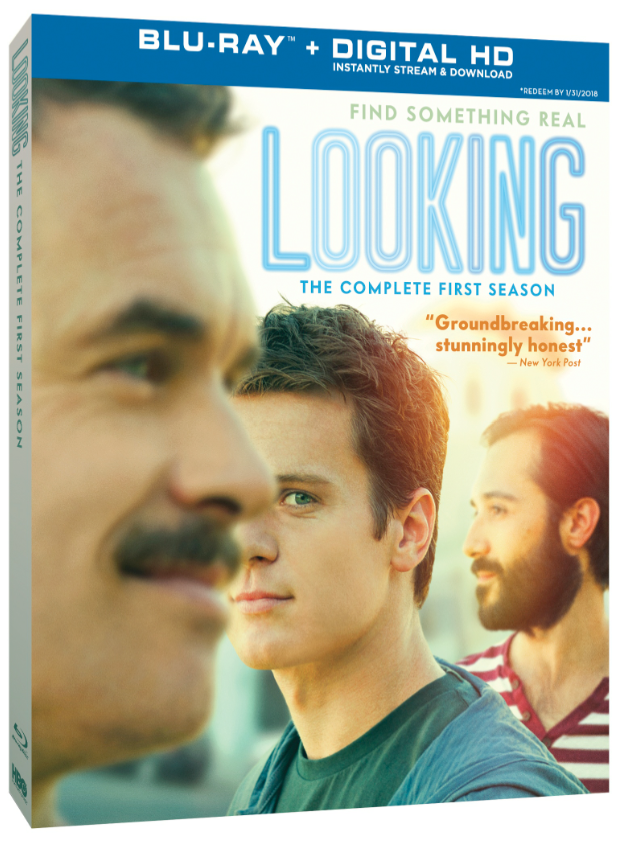 Unlike any show out there, the HBO series Looking focuses on current gay life in the Bay Area and on themes that everyone, gay and straight, can relate to: falling in love, finding professional fulfillment, forging an identity in a complicated world, and searching for happiness. Critics have heralded the series as “smart, diverse and real” (Slate) and “unflinchingly honest” (Huffington Post), and now fans and new viewers alike will have the chance to add the series’ first season to their collections when Looking: The Complete First Season comes to Blu-ray ($39.98), DVD ($29.98) and Digital HD January 6, 2015, just in time to catch up before Season 2 premieres on HBO. The Blu-ray set also comes with a Digital HD copy, and both the Blu-ray and DVD sets will take fans behind-the-scenes with hilarious and enlightening audio commentaries with cast and crew for six of the eight episodes.

Looking revolves around three 30-something friends living in San Francisco, who explore the exciting, sometimes overwhelming, options available to a new generation of gay men. Friendship may bind them, but each is at a markedly different point in his journey: Patrick (Jonathan Groff) is a 29-year-old video game designer returning to the dating world in the wake of his ex’s engagement; aspiring artist Agustín (Frankie J. Alvarez), 31, questions the idea of monogamy amid a move to domesticate with his boyfriend; and the group’s oldest member, longtime waiter Dom (Murray Bartlett), 39, is facing middle age with dreams still unfulfilled. The trio’s stories intertwine dramatically as they search for happiness and intimacy in an unparalleled era for gay men.

About HBO Home Entertainment
HBO Home Entertainment markets an extensive array of programs ranging from the critically-acclaimed and groundbreaking series Game of Thrones, The Sopranos, Sex and the City and True Blood to the multiple Emmy Award-winning mini-series The Pacific and Band of Brothers. The company’s catalog contains hundreds of titles Including the Peabody Award-winning children’s program Classical Baby, provocative programs from HBO Documentary Films including When the Levees Broke, innovative movies from HBO Films including Temple Grandin, and comedy specials featuring stand-up performers like Chris Rock and Ricky Gervais. The division distributes programs to the home entertainment market in three formats: Blu-ray, DVD, and digital download. Launched in 1984, HBO Home Entertainment has offices in New York, London and Toronto and the company’s releases are marketed in over 70 countries around the world.