Image Entertainment, an RLJ Entertainment (NASDAQ: RLJE) brand, announces the release of The Twilight Zone: The 5th Dimension Limited Edition Box Set. For the first time ever, Rod Serling’s groundbreaking Original Series (1959-1964) and the classic 1980s Series (1985-1989) are together in one limited edition box set. With only 7,500 sets created, this limited edition 41-DVD box set is available on November 11, 2014 for an SRP of $349.98.

In addition to the two beloved series (225 episodes combined), and more than 20 hours of bonus features listed below, The Twilight Zone: The 5th Dimension Limited Edition Box Set contains one of four possible collectible 1960s Twilight Zone comic books. Limited Edition packaging features 3D black and white lenticulars and a serialized number on each of the box sets. 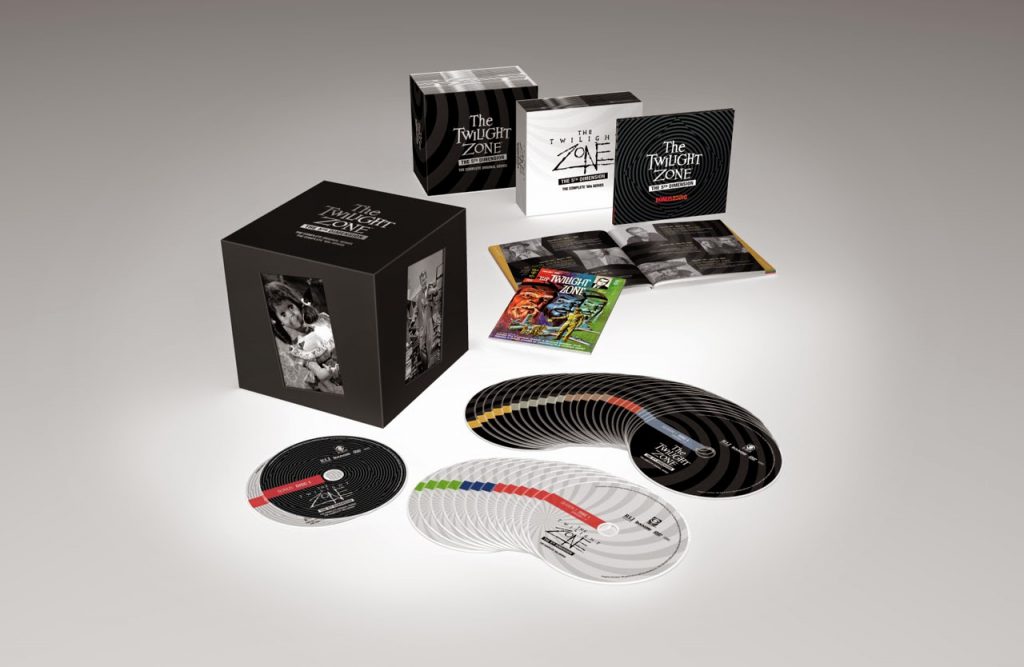 Over 20 hours of bonus features include:

The set is available for preorder HERE.