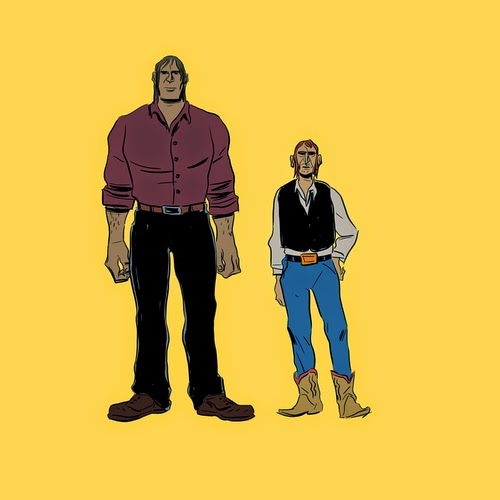 In this age of crowdsourcing we here at FOG! tend to get an incredible amount of people asking us to help spread the word about their various projects and, no offense, most of these are horrible, but there are times when you are stopped cold by an offering that makes you whip open your wallet and scream “HERE, TAKE MY MONEY!”.

And Big and Little is one of them.

Conceived by writer Austin Campion and illustrated by Ellis Anderson and Adam Scott Mazer, this superpowered anti-hero tale set in the extremely fictional Old West consists of the characters Big (who’s strong and relatively invulnerable) and Little (who’s very slightly telekinetic) who work as hired thugs and proto-lawmen and are not the greatest of guys (already I’m intrigued).

But what sets Big and Little apart from the rest of the Indiegogo/Kickstarter crowd is how much the creators and artists believe in their work. This is not the case of “Hey, I have an idea for a comic, let’s raise money even though I have no idea if it’s even workable” (which happens a lot). This is a story that has been developed over years and is finally coming to light because it does work.

How do I know?

Because Campion, Anderson and Mazer are not just asking you to fund their project, they are showing you the work, page-by-page HERE.

When you contribute to the fundraising you will get actual hard copies of the comics but it’s not really about what you get in return for donating, it’s about rewarding those people who are truly making some spectacular work.

After the break is a couple pitch videos and, if you like what you see, head over to the links above and donate…let’s give great art and stories a chance to thrive.

In this article:Crowdsourcing, Indie Comics, Indiegogo

Tripwire started way back in February 1992 as a black and white fanzine, covering comics and music. We were still finding our feet...

Written by Jennifer Brody Art by Jules Rivera  Published by Turner Publishing   This one took me a little by surprise as it starts... 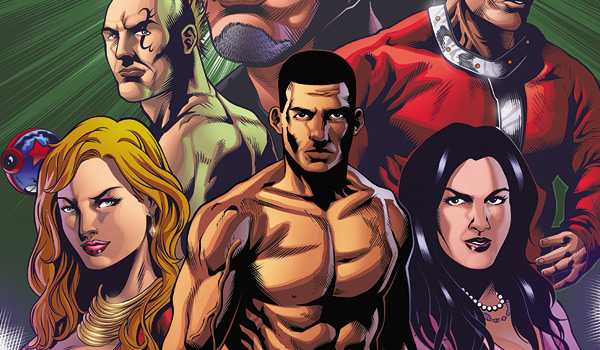 Are You Prepared For The ‘Fight Of The Century’?

Mayweather vs. Oscar De La Hoya! Liddell vs. Silva! Leonard vs. Hearns! Sylvia vs. Couture! Ali vs. Frazier! And now…Rex Punga vs. The World’s...