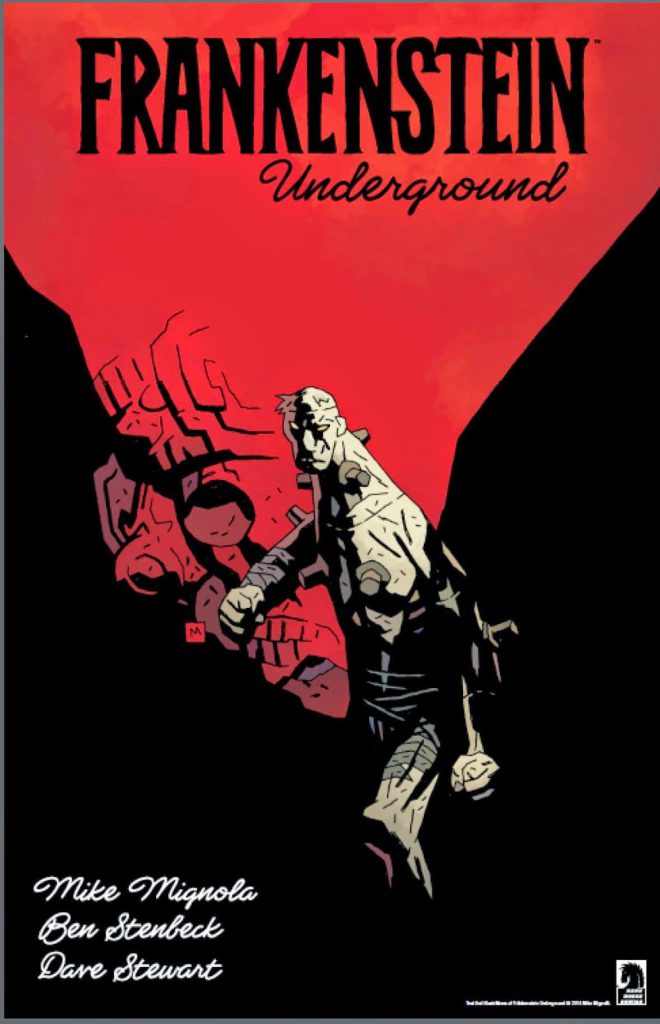 In 2015 Dark Horse Comics will publish Frankenstein Underground, a new five-issue miniseries written by best-selling comic book creator Mike Mignola, with covers by Mignola and interior art by acclaimed artist Ben Stenbeck (Baltimore). The miniseries follows the Frankenstein monster, who is alone, abandoned, and wandering underground, where he discovers both other monsters and the dark secrets to the universe. The miniseries will be the second appearance of the Frankenstein monster within the mythology and continuity of Hellboy, B.P.R.D., and the other Mignolaverse titles; the character first appeared in the graphic novel House of the Living Dead by Mignola and Richard Corben.

“It’s intimidating as hell to take on an icon like the Frankenstein monster,” said Mignola. “I’m trying to do something that’s true to the origin Mary Shelley created for the creature but also captures a bit of the feel that Boris Karloff brought to the role in the classic Universal films. At the same time I’m throwing the monster into an entirely new environment, so I think the result will be something new. It’s an odd one, but ultimately will add an important new wrinkle to the Hellboy/B.P.R.D. world.”

“This version of the Frankenstein monster has the same thirst for knowledge readers will remember from Mary Shelley’s novel,” said Scott Allie, Dark Horse Comics’ editor in chief. “The monster takes the reader through some of the biggest mysteries of the Mignolaverse, shedding new light on important stuff we’ve only touched on before.”

First Look at Javicia Leslie in the New ‘Batwoman’ Suit

From our friends at Warner Bros. television here are not just one but two first looks at the new re-designed Batwoman suit for Ryan...

Once in a while, something comes together so beautifully it quite exceeds your expectations. With the current story arc of Dejah Thoris, I thought...