Animation is an art.

Yes, it can be entertaining fluff, but it can also be a powerful medium in which to tell a story.

But you don’t need me to tell you that cartoons are not just for children.

Great people like Hayao Miyazaki, Tex Avery and John Lasseter have been doing that for years. But the concept that an animated film can move a person to tears is still a somewhat new concept.

So, for all the naysayers out there still holding on to the ancient concept that cartoons are for kiddies, here is a small list the most devastating, powerful and soul-destroying examples of animation to ever be inked. 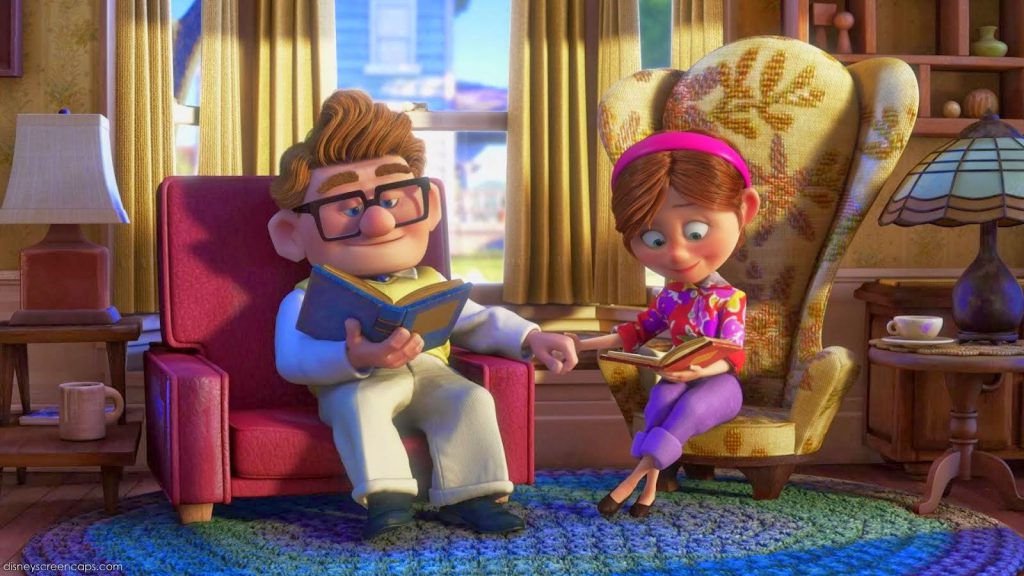 If Disney/Pixar wasn’t already considered a world power, consider this: They created a cartoon that can cripple even the strongest man with a mere 15-minute silent montage featuring a decades-long love story that covers marriage, miscarriage and death.

That is the power of Up.

The first 20 minutes of Up has done more damage on the human psyche than most horror films, yet Pixar fans will always come back for more. And rightfully so.

Brilliantly executed, exceptionally written and absolutely heartbreaking, any person that can withstand the love story of Carl and Ellie without shedding a single tear is dead inside.

The most devastating moment: During the silent montage, Ellie finds out she cannot have children. As she faces this upsetting revelation, she sits alone in a chair outside looking disheveled and heartbroken. As the wind hits her face, she gathers her strength to move forward.

Grave of the Fireflies 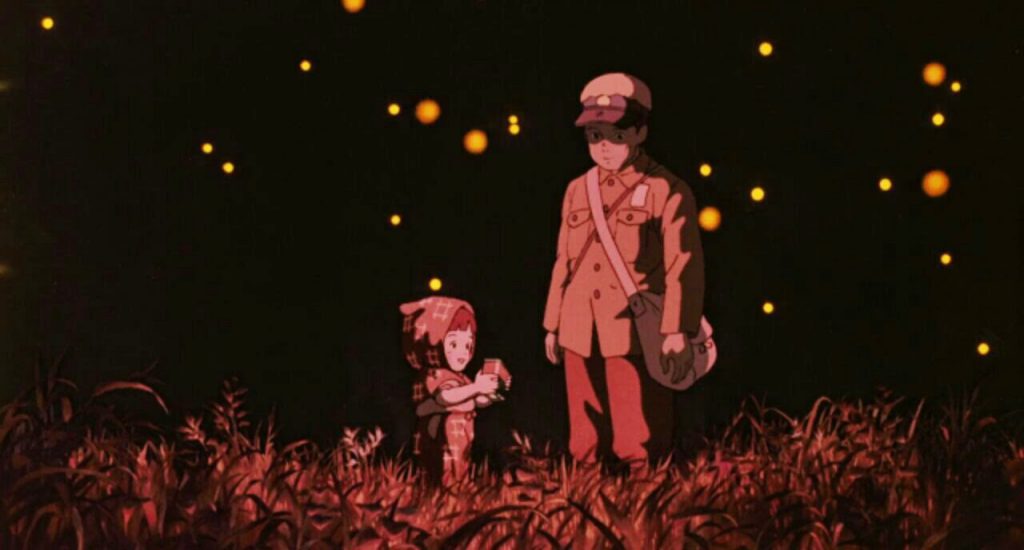 The film focuses on Seita and his little sister Setsuko, who find themselves alone, scared and displaced after the bombing of Kobe during World War II. After watching their mother and their home burn in a firebombing, they move in with resentful relatives.

Not wanting to be a burden, Seita moves his sister into an abandoned bomb shelter. Although life is sweet for a short while, Setsuko soon begins to suffer from malnutrition. Despite his success efforts to gather food, it is too late for little Setsuko, who soon dies from starvation.

Seita carries the ashes of his beloved sister along with a photo of his presumed-dead father until he succumbs to starvation, dying alone at Sannomiya Station.

The most devastating moment: Returning home after successful gathering food, Seita discovers his baby sister hallucinating, eating marbles she thinks are candy. He attempts to give her a watermelon as he goes to prepare a real meal, but it is too late. Weeks of starvation have already taken hold, and Setsuko soon dies before she can eat. 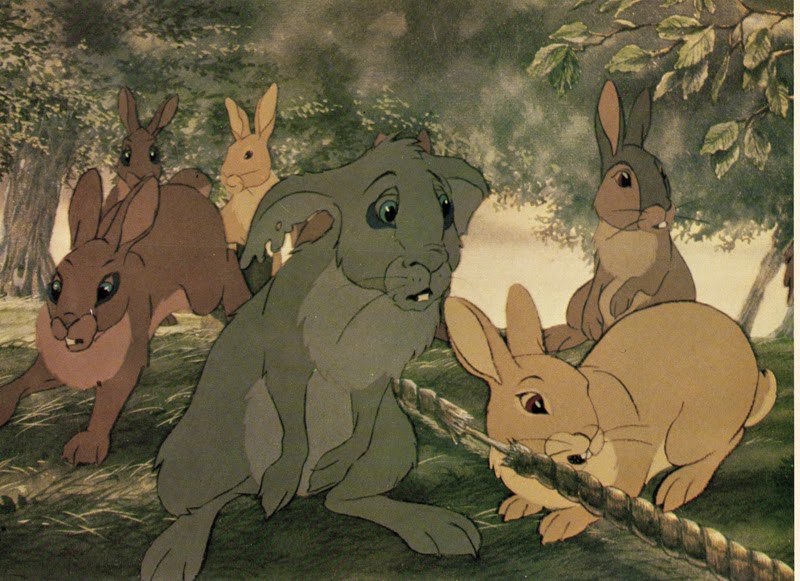 Try to mention the words “traumatizing, terrible cartoons” to a thirtysomething and not get the response: Watership-Fucking-Down. Almost everyone over the age of 35 was subjected to watching angry, God-fearing, blood-soaked bunnies with British accents tear each other apart in the name of their bunny deity.

So, why is this a shared scarred memory for the Gen-X sect?

When video stores were finding their footing in the mid-’80s, there wasn’t a lot to choose from. New releases took years to hit the shelves, and the kids’ section was almost nonexistent. And if you had a BetaMax, good friggin’ luck finding something other that D.C. Cab.

However, every video store had one thing in common: A copy of Watership Down available in both Beta and VHS.

To parents, it seemed innocent enough. Cute bunny on the cover. The perfect movie for the children while deciding to lapse on parental supervision. They didn’t realize that the contents of said rabbit movie would later send droves of offspring to psychiatrist couches over the next 30 years.

The most devastating moment: While most tend to remember a bloody and frothing General Woundwort as he attacks and kills adorable bunnies left and right, itty-bitty bunny Fivers’ constant visions are the stuff of nightmares.

This rabbit-version of Cassandra set the hares on their path to the promised land, leading them through all sorts of kid-friendly visions, such as bloody fields and attacking dogs. Fun times. 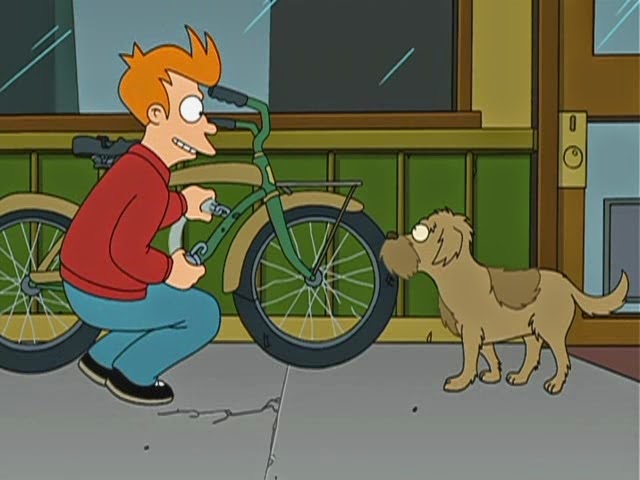 Before he was hurled into the future, Fry’s best buddy and confident was a four-legged furball named Seymour. Happy, loyal and can sing “I’m Walking On Sunshine” on cue, Fry and Seymour were the best of buddies until Fry took a tumble into a cryogenic chamber for a 1,000 year nap.

Never leaving his side, Seymour was a friend to the end. And Fry never knew.

It is completely possible to laugh and cry at the same time. Jurassic Bark proves this

The most devastating moment: Best montages are the best way to get anyone to cry hysterically, this small clip shows the life of Seymour, aging slowly in front of the pizzeria where Fry once worked, waiting faithfully for his master to return.

Adventure Time – “I Remember You” 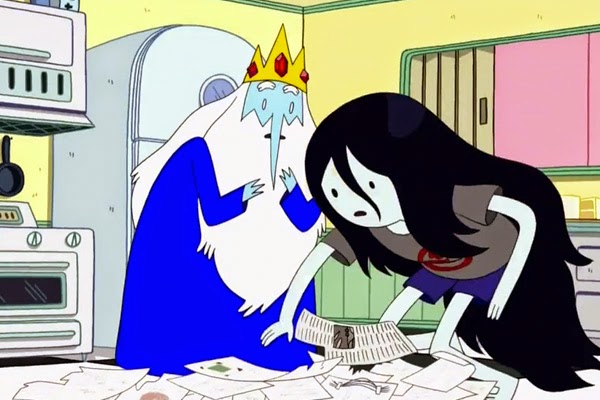 This episode marks the beginning of Adventure Time’s ability to break away from the usual (yet still fantastic) silliness of treasure hunting and hilarious quests by giving viewers something to cry about.

For anyone who ever had to deal with the dementia of a loved one, this episode hit close to home.

Fumbling villain the Ice King hunts down rocker vampire Marceline to help him lay down a few grooves to help impress the ladies. He is completely unaware of their history together, and that he once kept her safe when she was a little girl. He is unable to remember their shared past or even his name, as the crown that gave him powers slowly drove him insane.

The most devastating moment: In an in attempt to write song lyrics, Ice King hands over what appears to be random rantings to Marceline, but are in truth an apology to her, written when he still had his wits. Begging for her forgiveness from a time when he can still remember the man he was, she cries as she sings to the Ice King, a shell of his former self. 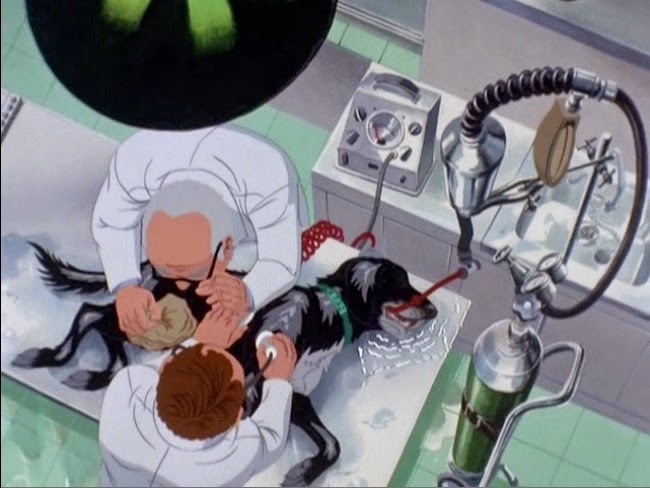 This little destructive gem was written by Richard Adams, who also penned Watership Down. He is apparently a man who hated animals and children.

This movie is what Incredible Journey would have looked like had it been directed by Takashi Miike.

Like a 90-minute animated Sarah McLachlan animal cruelty commercial, the story follows Rowf and Snitter as they are mercilessly tortured in scientific experiments again and again and again. But even when the duo escape, we watch them slowly starve to death as they are hunted by their captors. Along the way, they are caught in traps and have their friends shot and killed before they are cornered in a seemingly no-way-out situation.

If you haven’t seen this film, don’t. You will live a better and happier life without it.

The most devastating moment: In a movie where every single moment is absolutely horrifying, the end truly strikes a chord. Chased to the coast, the dogs jump into the water to escape to an island only Snitter can make out. As it turns out, there is no island, but only watery death for the two canines who have never known a kind hand.

(Ok, so in the credits they show an island, but you never see the dogs reaching the island. You can be an optimist and think they made it, but I choose to believe that Adams is a right bastard who wants to suck happiness from the heart of every child. Your call.)