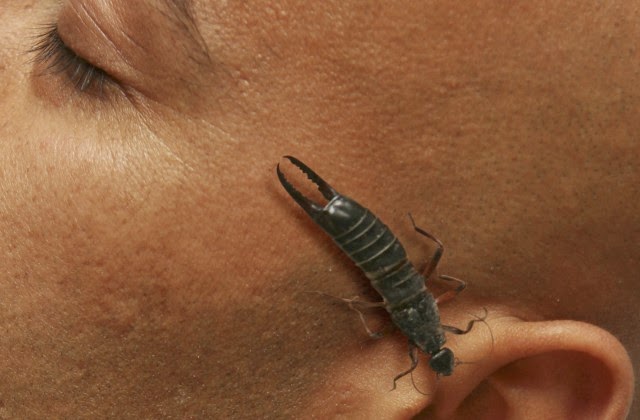 When I was seven years old, my mother dropped me off at the local tri-cinema to meet up with my babysitter Carrie (who should totally not have been allowed near small children) and her brother to see Star Trek 2: The Wrath of Khan. While that may sound pretty awesome (which it was), what inevitably scarred me for life is the scene where Chekov becomes Khan’s bitch via a giant earwig-like insect THAT VIOLENTLY CRAWLS INSIDE HIS EAR CANAL.

I have never quite recovered from seeing that and, often, my nightmares return to it.

So, seeing the following video has been pretty traumatic for me…and, upon watching it, it will be for you as well since what is about to transpire is something so foul, so nightmarish, that not only will you probably start screaming, you might just feel faint.

Be warned people…video after the break.

In this article:Insects, Nightmare Fuel, WTF

The Top Ten Most WTF Films Ever Made

By Elizabeth Weitz If you’re tired of being comforted by the predictability of most mainstream movies and are looking for a way to feel...

WHEN YOU GROW UP: A Cautionary Tale

By Elizabeth Weitz What do you want to be when you grow up? It’s a question we put to children as if their answers...

By Elizabeth Weitz The 70s were a bad time for teenagers, at least in the Made-for-TV movie category, films like: Sarah T. – Portrait...

WTF FRIDAY: Here’s Your “Over the Top” Arm Wrestling Moment

By Elizabeth Weitz There are two movies starring Sylvester Stallone that I don’t understand my attraction to: Cobra and Over the Top. I’ve tried...