When I say the name Bela Lugosi, one or two things will generally come to mind.

Dracula, of course, being the first.

The second, if you’re into horror and sci-fi, would be his work with Ed Wood Jr. during the twilight of his life. 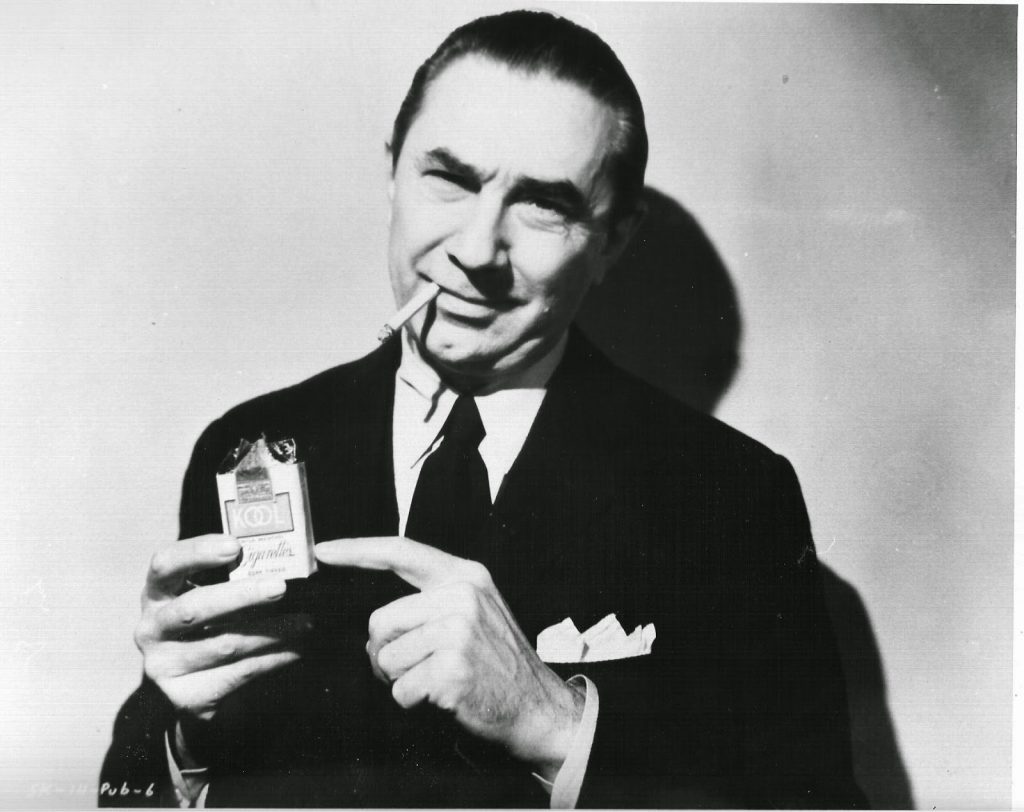 Many horror fans will add, “Oh yeah, Lugosi was a big theater actor, too,” and simply leave it at that.

While this is plainly true, his career goes far deeper. He was and is far more than that.

Sometimes callous and jealous, such as in his known rivalry with Boris Karloff, Lugosi above all else was always a passionate creature.

Although consistently held down by stereotyping, he never gave up hope on the career which he so truly loved.

The youngest of four children, Béla Ferenc Dezső Blaskó was born October 20, 1882 in Lugos, Kingdom of Hungary. He actually dropped out of school as a preteen, only twelve years old. The assiduous young man began acting on stage in the very early 1900s.

As an homage to his birthplace of Lugos, Blaskó would change his name to Bela Lugosi in 1903. He then served as an infantryman in the Austro-Hungarian Army from 1914 to 1916 during World War I. Lugosi acted in twelve silent films, under the name Arisztid Olt, while living in Hungary. As an avid player in Hungary’s actors union, while the Hungarian Revolution of 1919 was in full effect, he was ultimately forced to leave the country in exile. 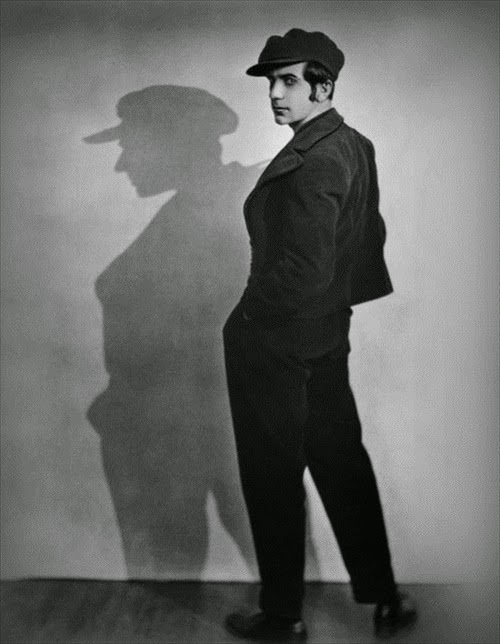 Never ceasing his work in the theater, generally in small or bit parts, Lugosi bounced around Europe before he finally made his way overseas. To do so he worked as a crew member upon a merchant ship and arrived in New Orleans, Louisiana in late 1920.

Never paid for his first onstage appearance in the New York, Lugosi’s first English speaking role was in an off-Broadway production titled The Red Poppy.

It had a wildly short run of only ten days, from December 20 – December 30, 1922, but Lugosi’s performance was highly praised.

However, the play was doomed from the very beginning.

In addition to the tiny theater, critics were largely unimpressed by the plot. The Greenwich Village Theater, was far too small to cover the production costs and they were forced to cease advertising.

Although The Red Poppy was a flop, Lugosi was now on America’s radar.

For the first few years of his career in the states, Lugosi learned his parts phonetically. Often cast for his dialect, he appeared as the murderous butler in The Werewolf (1924), as a dubious sheik in Arabesque (1926), and as a Russian in Open House (1927).

Then, after being out of work for roughly a year, he acted a role of a Greek bandit in The Devil in the Cheese (1927). This role really put Lugosi on the map and he finally received proper compensation and acclaim. It ran for five months and came to a close due to casting issues. Regardless of the shows follies, Lugosi was now a hot commodity.

In late 1927, Lugosi got his money ticket. He was approached to act lead in Dracula on Broadway.

As history holds it, he did so and to a packed house. They had to move from the small Sam Schubert’s Theater in New Haven, CT to the Fulton Theatre in New York City to hold the teeming audiences. Supposedly women would faint during Lugosi’s haunting performance. They pulled in between 10,000 and 13,000 during the first few runs.

Aside from the success of the show, Lugosi had moved from one stereotype, whether it be a Russian or a sheik, to another, in this most famous instance as a Transylvanian Count. Critics weren’t blown away by his performance, often noting his thick accent. Nonetheless, the audience clamored for more and more. Lugosi made the trek to Los Angeles where he would make a new home and a real name for himself.

Having only done small parts in films here and there, Lugosi relied heavily on the stage to pay the bills. There were at least three more highly documented runs of Dracula in California, but the grosses were generally inconsistent. Sometimes a run would gross less than 10k, but on its last run it grabbed almost $25,000. Bela was now a true celebrity and the public wanted to know more about this dark Hungarian gentleman. His headshots and short interviews popped up all over the press and Bela was not far off from what was to be his largest film appearance. 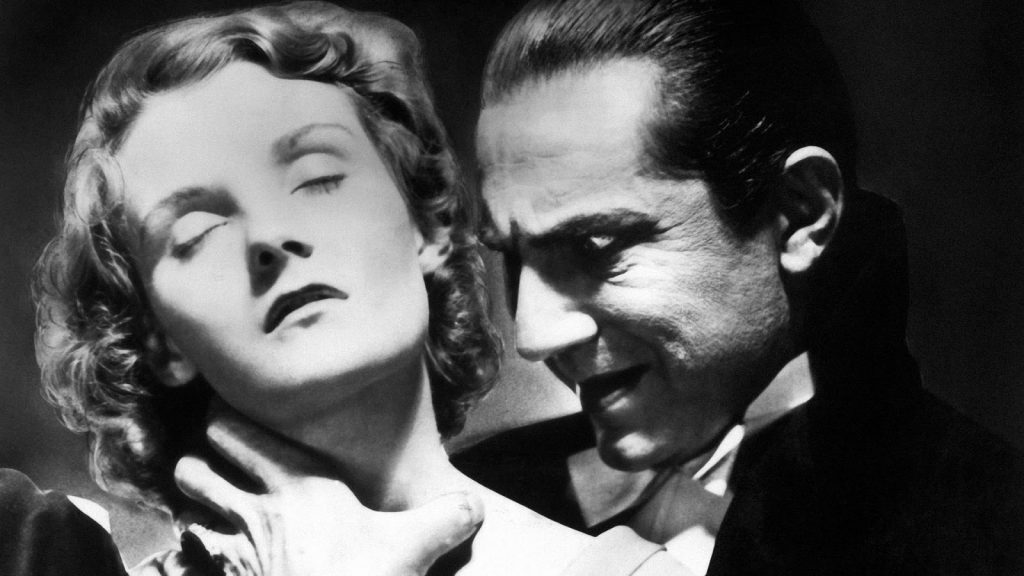 Universal contacted Lugosi to reprise his biggest role on the screen.

With a budget of only $355,000, the cast and crew knocked out filming in less than twenty days, from late September until November of 1930. Directed by Tod Browning, Universal Studios released Dracula, starring the demure Bela Lugosi, on February 14, 1931. Talk about a Valentine’s Day date movie! The film was a hit, but Bela was more typecast than ever. And horror had been added to the bill.

Now pegged as a thickly accented horror player, large parts on the screen were few and far between. He turned again to the stage where he played a ghoulish surgeon in 1931’s Murdered Alive which yielded mild success and high admiration. Lugosi acted as Dracula again, this time in Oregon, but instead left with more than $3,000 in debt.

In 1932, he landed a part in the now horror classic White Zombie with mixed reception. He returned to New York, landing a part in Murder at the Vanities (1933). Paramount Pictures purchased the rights and it seemed Lugosi was a shoo-in for the screen adaptation. Sadly, Lugosi was just a pawn and only stayed with the production for two months. This would be his last time performing on Broadway.

In the mid 1930s, Bela began experiencing extreme pain from his chronic sciatia, most likely due to an injury from his time with the Austro-Hungarian Army; for which he received a wound medal. He developed an addiction to both morphine and eventually methadone. 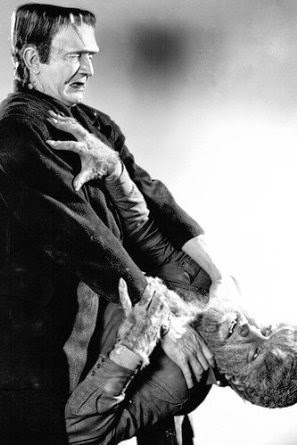 Over time parts truly dwindled, due to both his drug use and previous typecasting.

Then a stroke of good (and bad) luck, he was cast as Frankenstein’s monster in Universal’s Frankenstein Meets the Wolf Man (1943).

Even though the part wasn’t a speaking role and the editing turned his performance into a questionable one at best, the aging Bela was still in the game.

After numerous appearances on both stage and screen, some with better reception than others, Lugosi predominantly ended up performing massive runs of Arsenic and Old Lace (1943-1944) to an accepting and wanting crowd.

Once Arsenic and Old Lace had wrapped, he did a handful of other stage shows in the final years of his life, such as No Traveler Returns (1945) and Three Incredible Ladies (1947).

In 1948, he portrayed Dracula on screen for his last time in Abbott and Costello Meet Frankenstein which received stellar reception and marked the end to the Universal Monster hey day.

In his final years, Ed Wood Jr. befriended Lugosi and happily cast him in a handful of his kitschy films. This included his last appearance on the screen, Plan 9 from Outer Space (1959). During production, he died from a heart attack in his home at the age of 73. 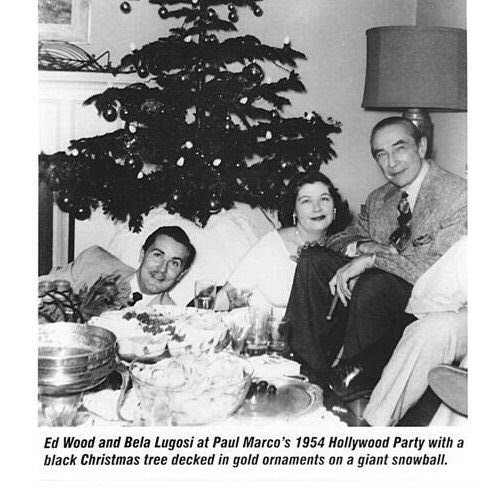 Although Bela Lugosi is considered eternal, cemented in his performance as Dracula, it damned him in his mortal life. Even true love was contrived for Bela.

Love came and went just as easily. He had a total of four marriages, one of which only lasted four months. Even though he was plagued by unending typecasting, debt, and drug abuse, he never waned in his quest for fame and in his adoration of theater.

Life was never kind to Bela, but, his contributions to film, and his largely unmentioned ventures on the stage, have made him an unforgettable, yet tragic, brick in the foundation of theatrical history.