The world changed seismically for thrillers on 9/11.

All of a sudden, the dastardly plots and cunning villains that had been a staple of the genre dating back to Ian Fleming had been outdone by reality. Although both Thomas Harris and Tom Clancy had written books foreshadowing that fateful day, nothing could prepare for us the actual sight of watching the Twin Towers fall.

Other factors surely contributed to the genre’s decline in popularity (that was reversed abruptly with the publication of The Da Vinci Code in 2003), but watching what had previously been confined to our imaginations in fiction unfold as fact certainly played a major role.

Reality, after all, is a tough act to follow.

And now another set of villains of the type normally confined to our imaginations has surfaced in the form of ISIS (Islamic State of Iraq and Syria), a terrorist army whose brutality knows absolutely no bounds and whose appetite for depravity is utterly startling.

ISIS and their shadowy leader, Abu Bakr al-Baghdadi, encapsulate our worst fears while maintaining the kind of ironic hypocrisy more typical of fictional villains. Al-Baghdadi’s thugs proudly behead American journalists to punish the much-hated West, while al-Baghdadi himself preaches to the faithful wearing a Rolex watch.

So what’s a thriller writer to do? How do we match in fiction what has become the daily lead story in fact?

Several answers come to mind, starting with what genre stalwarts like Lisa Gardner and Harlan Coben have already been doing for years, namely moving the terror per se into a smaller arena. Indeed, their tales shift the monsters into our neighborhoods, sometimes even the house next door.

Real terror in the minds of Gardner and Coben lies in having our everyday lives upended by circumstances beyond our control or not-so-forgotten secrets gleaned from the past. The actual stakes may be considerably smaller but the emotional stakes are potentially that much greater. Indeed, saving one’s family as opposed to the entire world, can be just as suspenseful, if not more so. 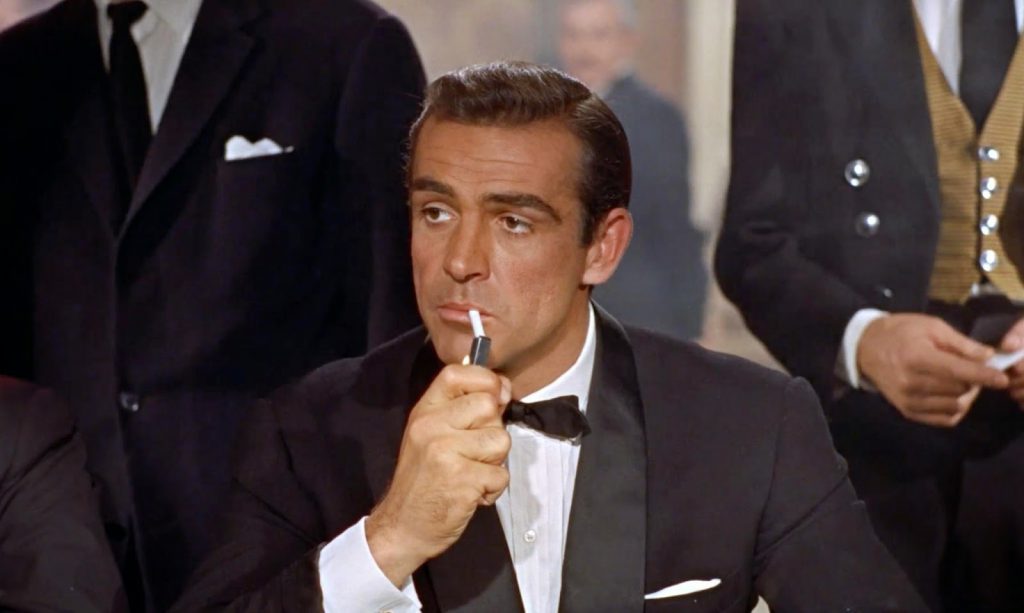 That was 1962 and fifty years later world domination or destruction remain staples of the genre. So another school of thought may hold that villains in fact actually lend resonance and credibility to the villains of fiction. World War II spawned a spate of Nazi villains that continues to some degree to this day. The Cold War replaced them with Russians and the paranoia that followed Watergate replaced these, for a time anyway, with villains culled from within our own government. Then 9/11 came along and gave us a whole new crop of villains in al-Qaeda and its various offshoots as seen in the books of Vince Flynn and Brad Thor, along with the television series 24.

Taken in that context, ISIS could be viewed as an extension of such a phenomenon, more of the same. And for thriller writers the answer may be as simple as cathartic moments where fiction can achieve what reality can’t.

When the very real Zodiac killer was terrorizing San Francisco, cars sported the bumper sticker “Dirty Harry, where are you when we need you?” Sales of Superman comic books soared during World War II when Superman was taking on Nazis.

Where’s Jack Bauer when we need him, right? 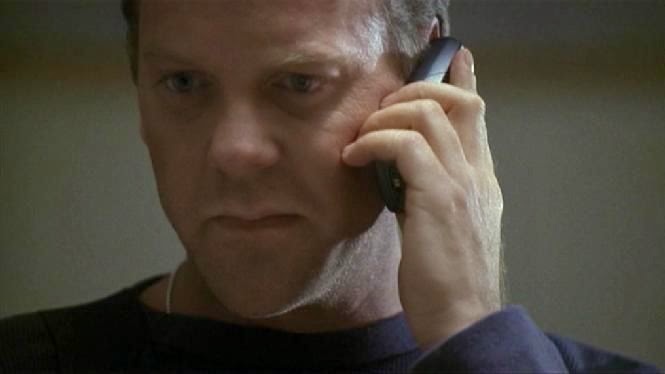 In that context the answer to the question what’s a writer to do is challenge ourselves to devise and develop heroes up to the task of confronting the kind of bad guys ISIS exemplifies. The film Taken was made special by a whole bunch of things, but most prominently a hero in Liam Neeson’s Bryan Mills character who had the skill set to bring down an entire human trafficking ring. Yes, it was to save his own daughter but what chance would he have had if he couldn’t kick ass on a Reacher-esque level? So let’s tweak the mantra above to say that great villains call for great heroes, the point being that villains of fact on the scale of ISIS increase the responsibility of the thriller writer to provide a match for their capacity to wreak havoc and dispense unbearable violence. 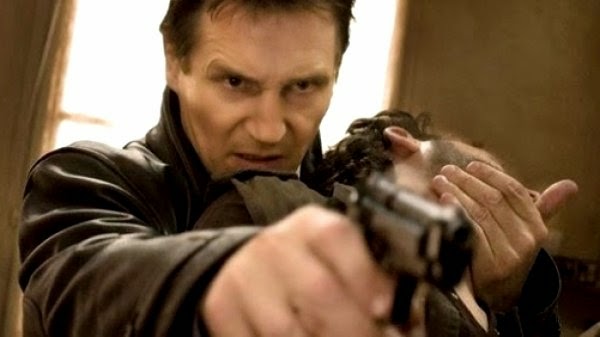 After all, who doesn’t smile when Reacher tosses such a villain out of a helicopter or when Brian Mills leaves the switch on to keep pumping electricity into Marco and walks away? It becomes a matter of the capacity of heroes to match the depraved morals of the villains they must defeat without allowing that depravity to consume them too. And in that respect the challenge becomes one that presents an opportunity to thriller writers by forcing us to confront our heroes with the Nietzschean dilemma of not becoming a monster in order to destroy one, which can only make our books better.

My point is villains of fact, the ISISs of the world, must make us look at ourselves and the responsibility we bear to our readers, differently. Because we’re the ones those readers turn to in order to see the demons of their nightmares slain, whether those demons live next door or across the world. We’re the ones who create the heroes who make them sleep easier and believe that the monsters can be slain.

“There used to be maps that said, ‘Here be dragons,’” Billy Bob Thornton’s Lorne Malvo, just such a monster, says in an episode of FX’s brilliant Fargo. “Maps don’t say that anymore, but that doesn’t mean the dragons aren’t there.” 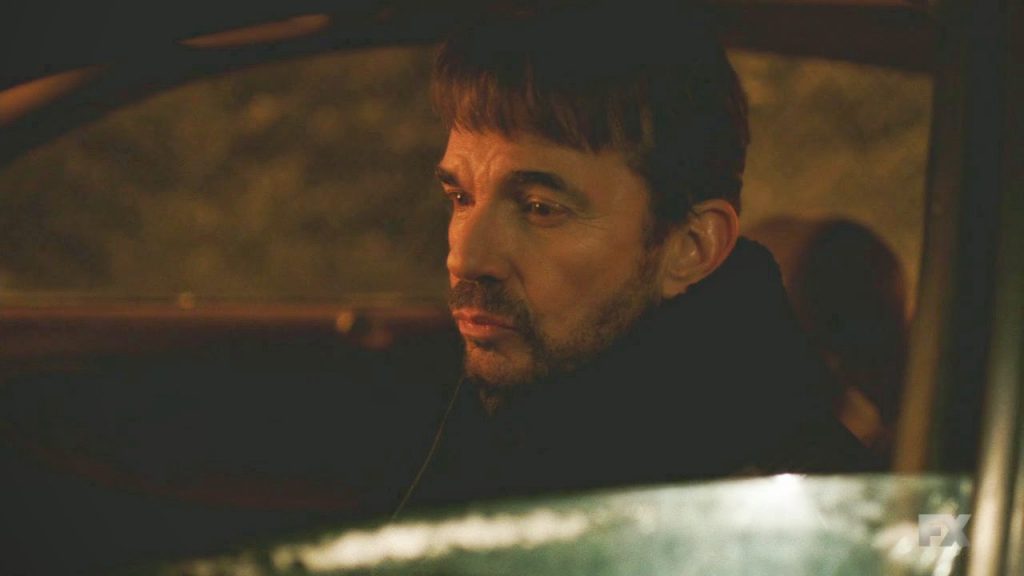 And as long as they are there, we’ll need heroes to slay them.

For thriller writers, that’s where fact and fiction meet.

Jon Land is the USA Today bestselling author of nearly 36 books, including the critically acclaimed series featuring female Texas Ranger Caitlin Strong: Strong Enough to Die, Strong Justice, Strong at the Break, Strong Vengeance, and Strong Rain Falling which won both the 2013 USA Best Book Award and the 2014 International Book Award in the Mystery-Suspense category. He is a past vice president of the International Thriller Writers and continues to serve that organization as Chair of the Marketing Committee.

He lives in Providence, Rhode Island and can be found on the Web at jonlandbooks.com.

The sixth Caitlin Strong novel, Strong Darkness, is available in stores and from e-tailers this week.