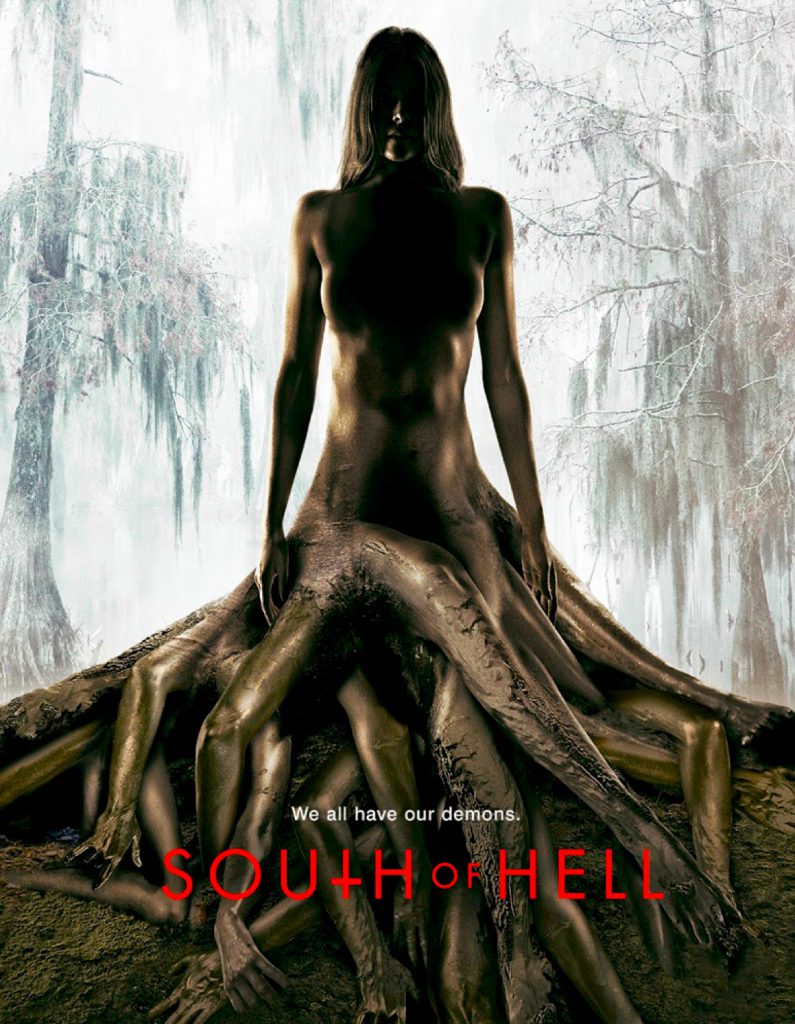 Production has begun on WE tv’s next scripted series, the supernatural thriller, “South of Hell.” Actress Mena Suvari (“Chicago Fire,” “Hysteria”) has been cast in the lead role as Maria Abascal, a reluctant exorcist for hire with her very own demon living inside of her, named Abigail. The series also stars Zachary Booth (“Keep the Lights On”), Bill Irwin (“CSI”), Drew Moerlein (“V/H/S”), Lamman Rucker (“Meet the Browns”), and Paulina Singer (“How to Make It In America”), with recurring cast members Lydia Hearst (“Cabin Fever: Patient Zero”), Slate Holmgren (“The Amazing Spider-Man 2”) and Lauren Velez (“Dexter”).

Production on eight, one-hour episodes has begun in Charleston, SC; the series will premiere in 2015 on WE tv.

“As we forge a path in scripted programming, we are committed to telling great stories featuring complex characters that our viewers can connect with,” said Marc Juris, WE tv’s president. “‘South of Hell’ is a supernatural thriller that offers audiences a fresh and contemporary take on this genre – one that’s becoming increasingly popular. Led by the amazing Mena Suvari, our talented and diverse cast will bring this story to life.”

Charleston, South Carolina is the most possessed city in the world. Evil thrives there. Something with which 30-year-old exorcist Maria Abascal is intimately acquainted. She wrestles demons for a living. Especially Abigail, the one that lives within her. The one who feeds on damned souls and who’s violated the laws of hell to live on earth—and live on, inside Maria. Now, as they work as one, Maria will discover how personal her battle with evil has become and how far Abigail will go to protect them both. It’s a journey where the unspeakable is just a heartbeat away.

Zachary Booth will play the character of David Abascal, Maria’s brother and closest companion who has a few of his own real-world demons: an addiction to heroin and a lust for troublesome women. Bill Irwin joins the cast as Enos Abascal, Maria and David’s once cunning and superbly manipulative father and the leader of a notorious devil worship cult known as the Order of Everlasting. Drew Moerlein plays Dusty, Maria’s handsome, ex-military neighbor and the local handyman. Lamman Rucker stars as Reverend Elijah Bledsoe, a priest with a strong attraction to and interest in Maria, and father to Grace, played by Paulina Singer, his bi-racial daughter who has experienced extraordinary emotional trauma.

The series also stars Lydia Hearst as Charlotte Roberts, a southern belle oozing sex appeal, which she knows how to use; Slate Holmgren as Sweetmouth, a major drug dealer in the area; and Lauren Velez as Tetra, Maria and David’s spiritual informant, often pointing them in the direction of the demonically possessed.

“South of Hell” is produced by Sonar Entertainment and Blumhouse Television. The premiere episode will be directed by Eli Roth (“Hostel,” “Hemlock Grove,” “The Green Inferno”) and was written by Matt Lambert. James Manos, Jr. (“Dexter,” “The Shield,” “The Sopranos”) is executive producer and showrunner. Jason Blum of Blumhouse Productions (“Paranormal Activity,” “Insidious,” “Sinister”) also serves as executive producer, along with Gerard Bocaccio, Stewart Till, Gene Stein, Erica Motley and Roth.

About WE tv
With compelling, can’t miss unscripted shows and dramatic scripted series, WE tv’s programming is fueled by personalities and relationships filled with purpose and passion. WE tv welcomes everyone and creates an inclusive experience across all platforms: on TV, online, on demand, and social media, embracing how today’s digitally savvy, socially engaged audiences connect through content, using it as a catalyst to drive conversation and build community. WE tv is owned and operated by AMC Networks Inc., alongside its sister channels AMC, IFC and SundanceTV, and is available in over 85 million U.S. homes. WE tv: All In.