Pre-orders are now available via wbshop.com. 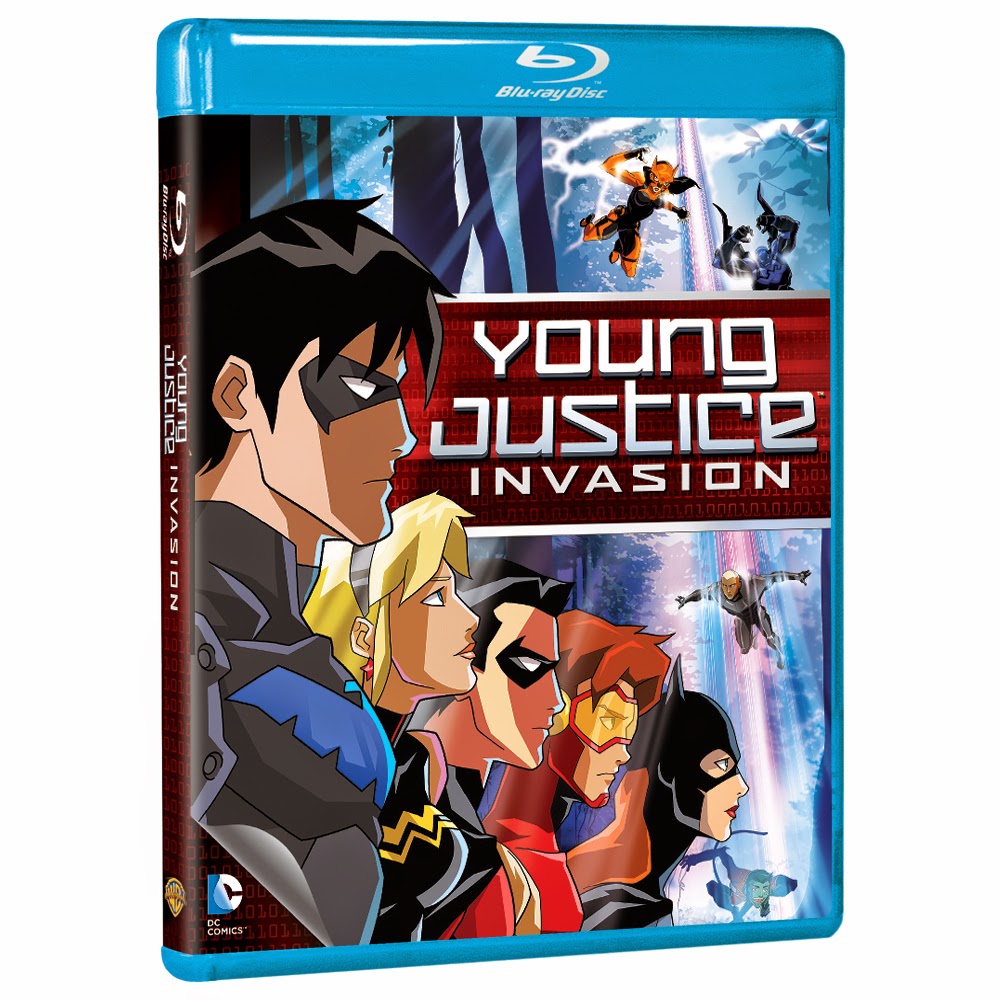 The package also includes a Behind the Scenes featurette.

Young Justice: Invasion finds our heroes five years into the future – and a lot can change in five years, as our super heroes are about to find out. First, there’s some new residents to be found at Mount Justice: new team leader Nightwing, Wondergirl, Blue Beetle, Batgirl, Bumblebee and Beast Boy.

And Young Justice will need all the help it can get as an alien presence has infiltrated Earth, while certain members of the Justice League are forced to stand trial at the criminal hearing off-world.

Watch as The Reach, spearheaded by the quick-talking Ambassador and backed by the muscle of Black Beetle, manipulates a trusting public while maintaining its shadowy maneuvering with The Light. This is a grand 20-episode adventure as the risks have never been greater and the conflicts never so far-reaching – and the epic finale will shatter everything you know!

Warner Archive Collection (WAC) and Warner Archive Instant (WAI) continue to serve as hosts to some of the most treasured animated productions of the past half-century. The most seasoned animation fan can find plenty of WAC and WAI offerings to their liking, running the gamut from Blu-ray releases of recent super hero favorites like “Young Justice,” “Beware the Batman” and “Batman: The Brave and the Bold,” to classic 1950s and 1960s cartoons like Hanna-Barbera’s “Loopy Da Loop” and the landmark anime series “Marine Boy,” to the playful silliness of the 1980s with “Shirt Tales” and “Gilligan’s Planet.” All of these titles can be found at wbshop.com.