The future doesn’t look so great in Palomar City, with districts gated off and the socio-economic disparity pushed to the Max.

Zachary Mortensen joins the Cosmic Treadmill today to talk about his future tale, The Gatecrashers, available digitally on his website, TheGatecrashers.com. 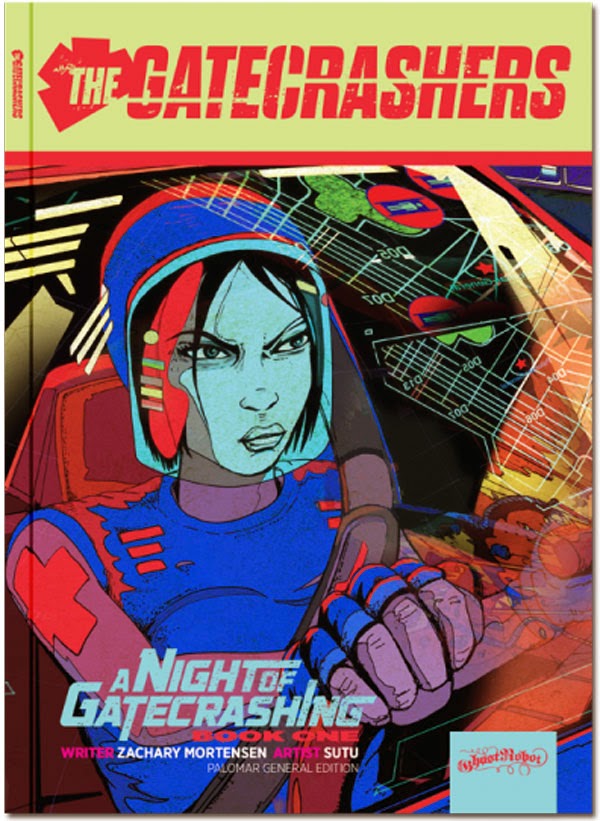 Grab the first issue or the first volume to take a look at a future where ambulance drivers are heroes that can travel between cities and predicts what a dystopian future based on tech we are developing in real life today!

FOG!: This is an immersive world, how long has The Gatecrashers been in development? How would you describe the world of Palomar City to first time fans?

Zachary Mortensen: I’ve had the world in my mind for many years, but about 4 years ago I decided to officially start writing it all down. 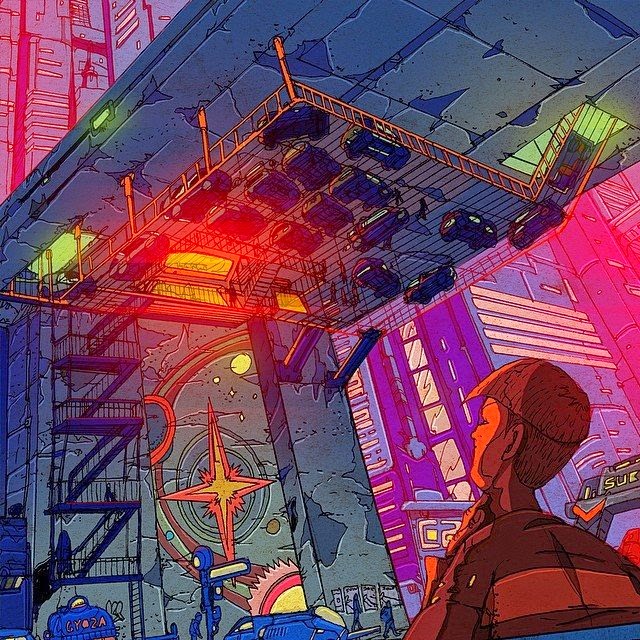 Palomar City isn’t a dystopia or a nightmare, it is a very real world that closely resembles any overcrowded mega-city of today like Sao Paolo or Mumbai or Lagos.

Imagine if the population of New York swells to 35 million people in the same footprint and then something like the Occupy Wall Street protest happens and an already overburdened city hall just gives up and says “you think you can do a better job? It’s yours, the Lower East Side just became an independent city-state.”

Then another neighborhood says, “Hey we want to be independent too!”

Then another … and another…

This, combined with a decades-old failed urban initiative of traffic gates has created a very real set of neighborhood borders that literally contain and define these new Districts.

These ambulance drivers — they’re at the center of the action and see all of the different districts. Why did the sled drivers become the heroes of your story?

The ambulance teams are the heroes for a few reasons.  The primary one is that I am really interested in people who are put in a position to make the hard choice between doing the right thing or taking advantage of their position for personal gain—which for these crews is specific to the world of Palomar City.

The Gatecrashers have relatively unrestricted passage through the indie districts and the city districts alike. Not everyone in Palomar has this freedom and it will of course lead to some nefarious activity. Also, ambulances have devolved to be more like taxi cabs, teams are paid for every drop they make at a hospital, cash on the barrel-head.

In Palomar, wetwork (body modification) is a big business both on the street and in the corridors of power. So the occasional side dealing of real body-parts happens – some parts are worth more on the street than the entire body is when it’s dropped at the hospital.  With this hanging over their heads, every day the Gatecrashers have to weigh the balance of good, evil and the grey in between.

Cops are always looking for robbers, but Gatecrashers are here to help everyone. Though, much like police, not everyone respects what they do and just like the corrupted and non-functioning health care system, not everyone trusts them.

Hex is a strong female lead, and is tough as nails. How did she become this way?

Hex grew up on the mean streets of District 11, an independent district.

By the time she was high-school age she was running with a tough crew. Depending on where you live, it’s not really a choice, you’re part of the gang in your neighborhood.

But Hex is smart.

The early years took a bit of physical toll and she learned to hold her own, but she climbed through the ranks quickly and was able to position herself as a middle-man between all the powers-that-be.

She and her ex-partner Natas were a courier team, running grey-market wetware around town for the highest bidder.  In the next issues, you’ll find out how that ended and why she became a Gatecrasher. But that street life and courier lifestyle set her up to be a top-notch Gatecrasher.

What I liked about the book was it’s similarity to a video game. There are so many Districts, each with it’s own personality and characters. Can you tell us about the support trans-media on your website?

I love the web and digital media. I started creating this project before the iPad was released and I was thinking, “Why don’t my favorite storyworlds have a unified home? A place where I can read short stories, play video games, watch movies and tv shows and read awesome comics from that world? Why is it all so fractured? Where’s the immersion?” 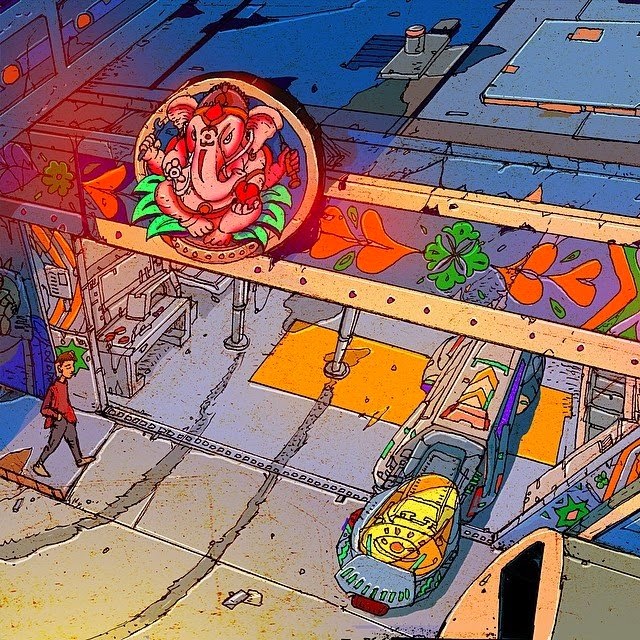 I envisioned this magical device that could do all those things and you could just link out and across and up and down and be reading a comic and have it pop out to a scene from the film and then read a short story with the same characters. And then…. The iPad was released and tablets and big phones flooded the market. So I think we have the platforms, now we just need to build the tools to use them. For now, for us, that’ll be TheGatecrashers.com. 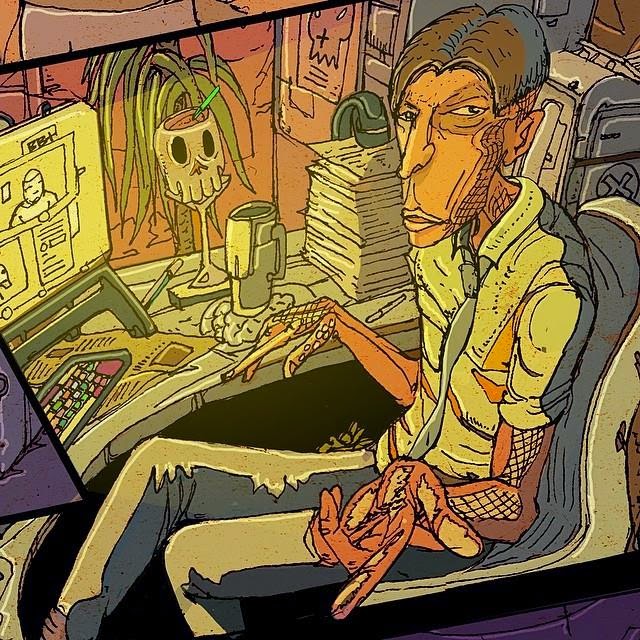 I want TheGatecrashers.com to be a portal to any and all media for the Gatecrasher universe. I know that sounds like a pretty bold proclamation for an indie property, but I like to aim high.

What’s next for the culture clash in Volume 2 of The Gatecrashers? Tensions seem pretty high between the upper and lower class districts.

Book One is really just the first act for this series. Next we’re going to see how Hex found her way to Gatecrashing and that she has some unfinished business from her previous life on the street and with her ex-partner. 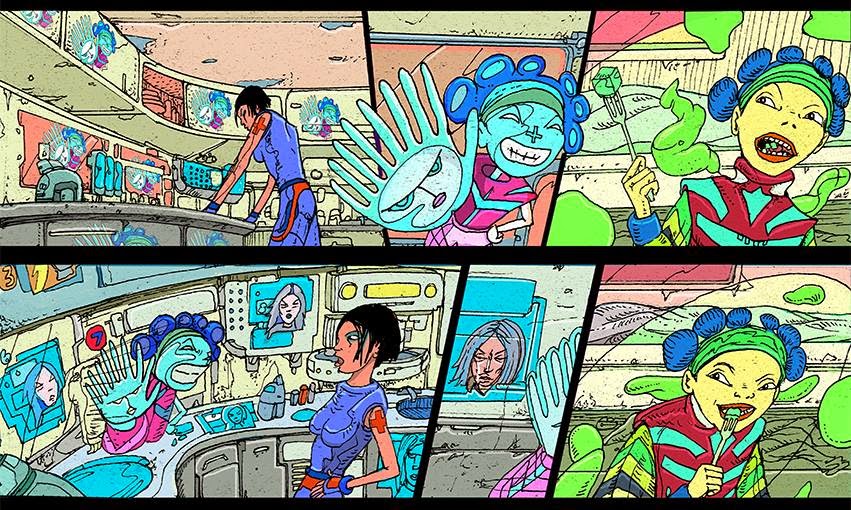 Tell us about your creative team including the artist Sutu and Producer Diana Williams. How did you connect with them?

Diana Williams and I both came out of the indie feature film world in NYC (though Diana has escaped back to Hollywood).  I think we were the two big geeks in the corner at the film festivals saying, “but what I really want to make is Blade Runner and Road Warrior!” So we talked for years about making big genre films and that’s really where The Gatecrashers was born.

She helped set me on the track to start the focused storyworld development and subsequently get the comic series launched. With her experience in comic, videogames and films, she’s be a really fantastic creative and business partner. 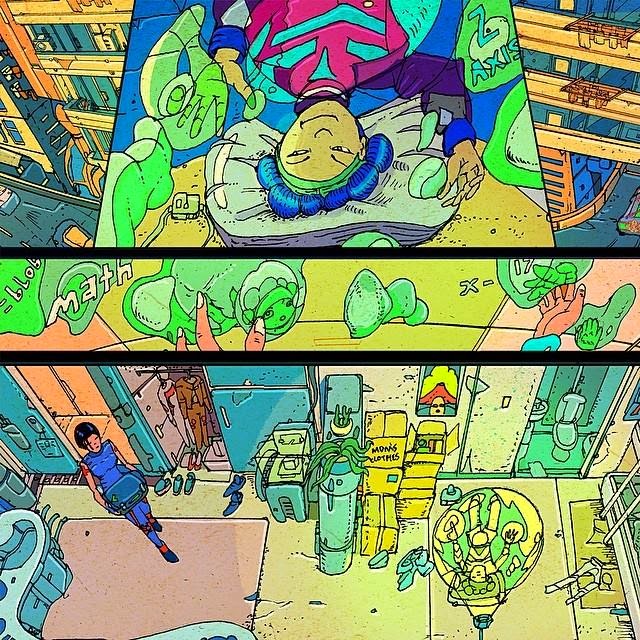 Sutu did the artwork. I was a big fan of Sutu’s interactive cyberpunk web series the Nawlz. I was sitting around thinking, man this is what Palomar City should look like.  I love the gritty detail. I love that Nawlz city and backgrounds are as much a character as the characters themselves. It’s a very rich world that he has created. So I did it the old fashioned way and sent him an email, told him about my project, who I am and what I wanted to do.

You’ve got issue #1 and Volume 1 up for sale digitally at your site. Are you headed to ComiXology or sticking with your own sales?

I’m a firm believer in consumers being able to get their media of choice where they want, when they want, how they want (please just pay for your media —music/movies/comics aren’t free to make). So yes, the ComiXology submission is just in and we’re going out to more platforms as well. I like what Comicsfix.com is doing and we saw a handful of subscription-based Apps at Comic Con that all looked compelling. 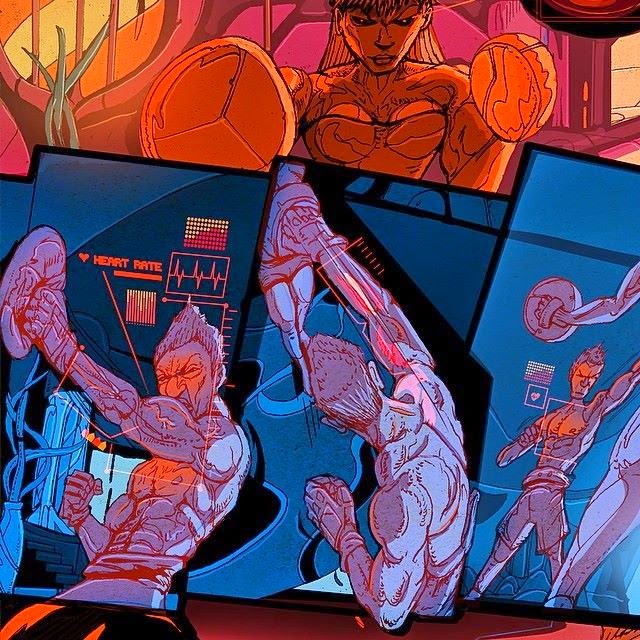 I’d love to hear from people about where they get their digital comics. Send us an email so we know!

Your convention setup is always eye-catching. Do you have any advice for creators to bring attention to their tables?

Thanks! I appreciate it. Booths are tricky. This year we actually had about four extra feet of space than I was expecting, which was a blessing and a curse. You know, digital banner printing is pretty accessible. FedEx Office is pretty solid. Their banners on stands are great.

The key thing is to map it out and plan it out. Then  build it in your garage or living room and see what it looks like. I got out a roll of masking tape and tape measure and put the box on the floor and built it in my office. A challenge I had was that I wasn’t in a position to do original art for the banners and signs, so I had to piece it together from existing art —which a lot of people probably have to do. Keep it dynamic.

The audience isn’t there to read your banners like a book, you just want to catch their eyes so they stop to chat. 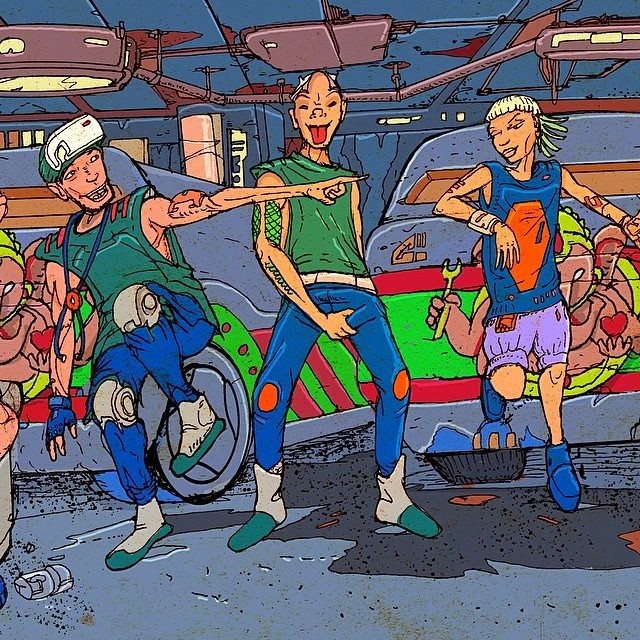