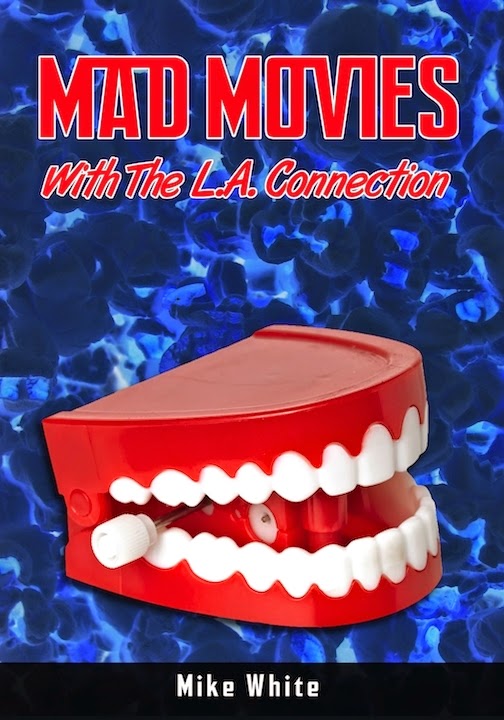 Shirley Temple possessed by demons?  Danny Kaye singing like
Michael Jackson? Are the characters in Night of the Living Dead planning
a party?

There’s nothing wrong with your
television set. It’s “Mad Movies with the L.A. Connection”, the
television show that ran from 1985-1989 in the wee hours of the night.
Founded in 1977, The L.A. Connection is still going strong with sketch
comedy, improv and “mock dubbing” of movies and television.
BearManor
Media is proud to present Mad Movies with The LA Connection (ISBN:
978-1593937775, MSRP: $19.95).  Author Mike White (Impossibly Funky: A
Cashiers du Cinemart Collection)  looks at the history of The L.A.
Connection and their many projects from Flicke of the Night to Reefer
Madness II, to Blobermouth, and beyond.
The 132
page book features interviews with Barbara Goodson, April Winchell,
Terry Thoren, Randy Ridges, Craig Mitchell, Randy Nogg, Jim Riffel,
Straw Weisman, Andrew Leavold, Charles Kaufman, Kurt Gardner, Jeff
Nimoy, Steve Pinto, Bob Buchholz, Connie Sue Cook, and Kent Skov.
Pop some corn and settle in for the maddest of movies…

Mad Movies with the L.A. Connection is available via online booksellers and BearManor Media