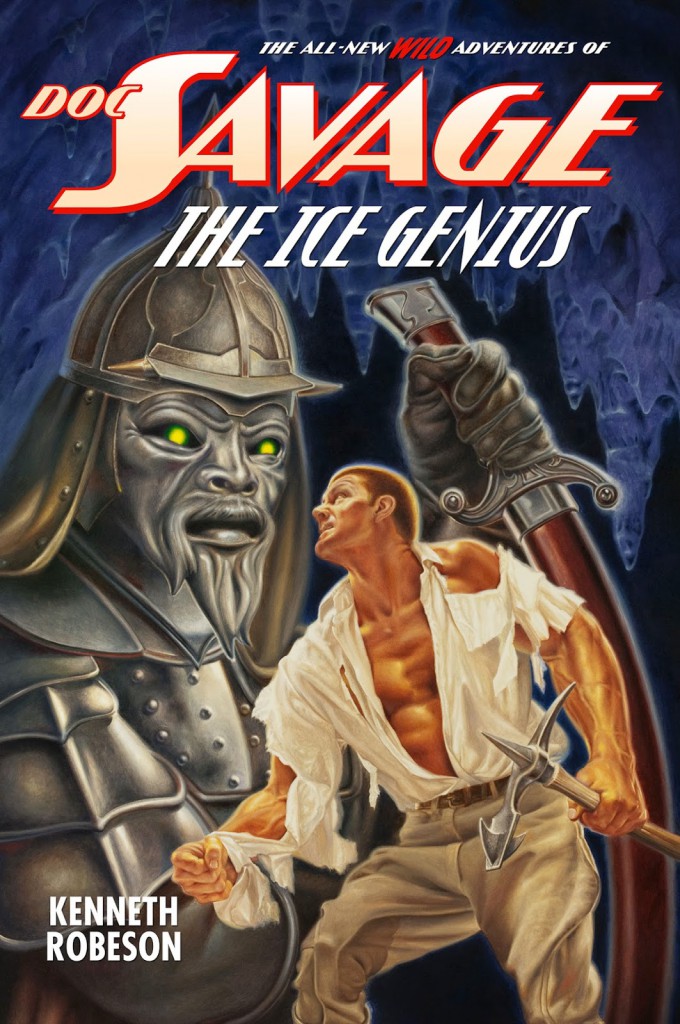 It’s always a good day when a new Doc Savage adventure is released.

For those of you unfamiliar with the character, Doc Savage was the most successful pulp adventure hero of his time. From 1933 to 1949, Lester Dent and other writers penned 182 original exploits of the Man of Bronze and his iron-fisted friends, writing as Kenneth Robeson.

Scientist. Surgeon. Strongman. Superman. Doc Savage was a man without equals. He operated on a global stage, fighting supercrime, discovering lost cities, stopping wars, and uplifting a troubled mankind during the depths of the Great Depression.

Now, in these difficult times, Doc returns in a new series of untold exploits conceived by his originator and brought to life by Lester Dent’s natural successor, Will Murray.

The Wild Adventures of Doc Savage is no updating or reimagining of a classic character. This is the authentic Man of Bronze in his own era, taking on new challenges and conquering a new generation of foes—and fans.

His latest adventure, Doc Savage: The Ice Genius by Will Murray & Lester Dent, writing as Kenneth Robeson is now available in all formats.  More details after the jump.

For inscribed in the ice encasing this creature are these terrible words, “If I still lived, mankind would tremble!”

Rushing to the scene of this tremendous discovery, Doc Savage and his men discover to their horror that the situation is already spiraling out of control. A monster has been turned loose upon the world. Can the Man of Bronze return him to the frosty hell from which he came?

From New York to Inner Mongolia, the action sprawls across half the globe, as an alliance of despots and determined world conquerors brew up a catastrophe for all mankind.