In the 1990s and the early 2000s, MSTies celebrated Thanksgiving by binging on the annual Turkey Day Mystery Science Theater 3000 marathon.

Back to back episodes and tryptophan overdoses?

It was a hard day of the year to top.

However, when the Turkey Day marathons ceased… fans were left feeling upset and disconnected from one of their favorite holiday traditions.

This is what we refer to as the Dark Ages of MSTiedom. 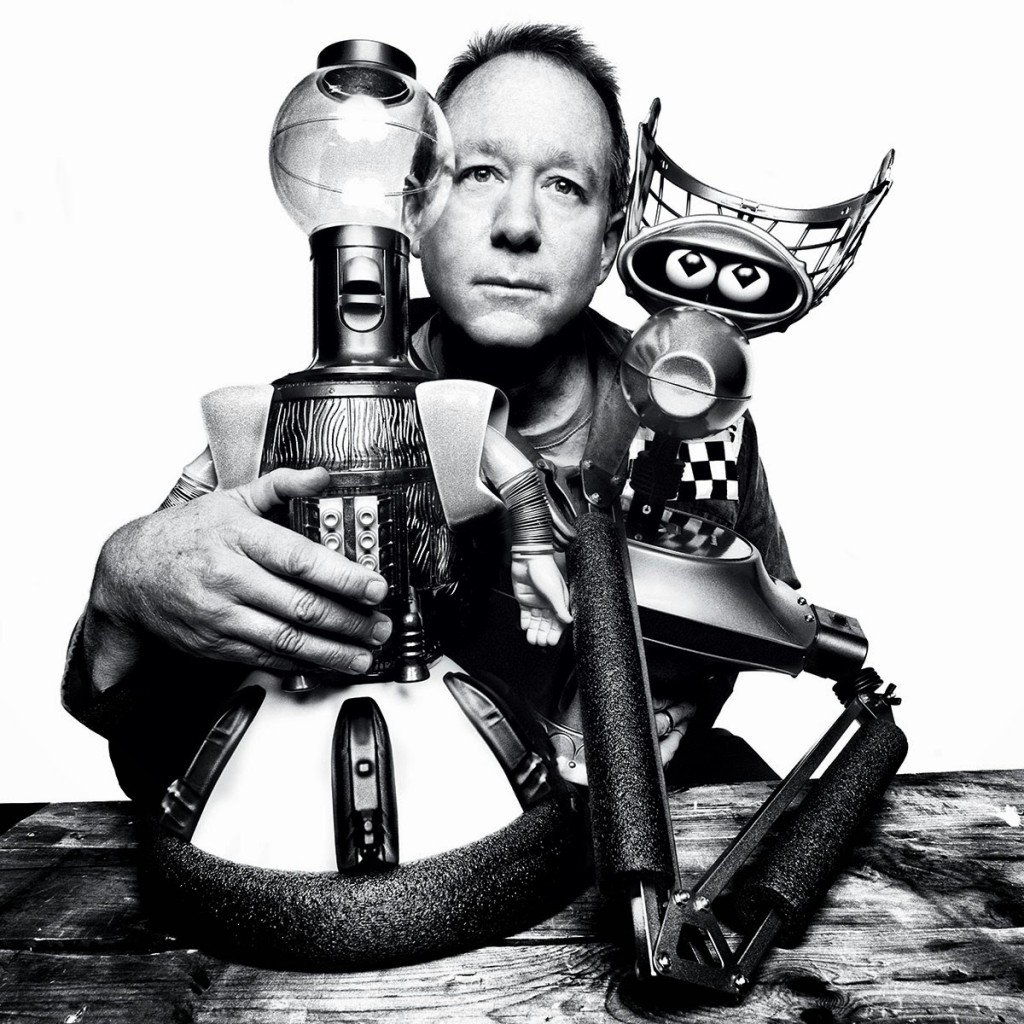 In 2013, the Turkey Day marathon returned. And the masses couldn’t have been happier. I would be lying if I said I didn’t tear up when I saw Joel introduce a Mike episode.

This year, the event is back again and we here at FOG! decided to give you a foodcentic bevy of episodes to get you started on your very own marathon.

Getting the turkey done in time for dinner has officially been dubbed Operation Double 007 by Mom.

This particular episode is a real head shaker. The title alone is questionable at best. It stars, get this, Sean Connery’s Brother, Neil. As I’m sure you’ve gathered, it’s essentially a knock off James Bond flick. A crime organization, known as Thanatos, plans to use a magnetic wave generator to wreak havoc on the planet’s machinery. It’s up to Neil and his limited skill set to save the planet from becoming a technological wasteland. Please let me reiterate, extremely, extremely limited skill set.

I Accuse My Parents for serving giblet flavored tofu.

Although this particular episode is more mystery than science-fiction, it’s still one of my forever favorites. Privileged Jimmy has it all. A beautiful home, a nice haircut, and he’s just won a nice little award. However, his parents don’t love him and, boy, does it show. He turns to a life of crime and falls in lust, err, I mean love with what I have to assume is a much older woman. This one’s laden with wonderfully awful nonsensical songs.

However, not quite as nonsensical as the songs featured in The Incredibly Strange Creatures Who Stopped Living and Became Mixed-Up Zombies though.

Remarkable Riff: “So, they’re divorced now? Well, that was easy.”

This overdone stuffing is a real Soultaker.

A young woman, who resembles Tonya Harding to an alarming degree, and her pretty terrible friends attempt to defeat the Angels of Death. Natalie is also played by the director… and writer. Egomaniac, much?

The plot’s pretty minimal in Soultaker, but that’s alright because it allows Mike and the bots to riff the hell out of this somehow Saturn Award winning movie. I get a little verklempt in this episode as they reference the show having been on the air for ten years.

Even TVs Frank and Joel make brief appearances during host segments which got my lady feelings all teary and nostalgic. Apparently Joel just makes me cry. Thanks, Joel. Thanks.

Remarkable Riff: “Mmm, her soul has a refreshing mint flavor!”

How many slices of honey baked Hamlet would you like, dear?

I would really feel like a colossal heel if I explained the plot to Hamlet, so that’s just not going to happen here. If you need a refresher, pick up a Sparknotes pamphlet about it. I’m sure every high schooler within a five mile radius would gladly lend you theirs.

This particular rendition is a German-made film. Don’t worry about subtitles though because it’s been very poorly dubbed in English for your enjoyment.

Murder, suicide, marriage, and insanity a plenty. But, I suppose that’s the case with all Shakespeare fodder, isn’t it?

One of my favie directors, Lamberto Bava, is responsible for this lovely atrocity. T

his genetically engineered “fish” is a whackadoodle lookin’ shark with tentacles. His dexterity is certainly… well, lacking. I had actually seen this without the guys the first time I saw it. Although the Devil Fish isn’t very imposing, the effects are really alright overall. In fact, due to the graphic nature of a couple death scenes, they were forced to edit them out. This left the movie even more wily and confusing.

Again, the fellas use this to their advantage and make some stellar riffs out of this altogether booze fueled flop.

Remarkable Riff: “Ed Wood’s octopus scene was a lot more convincing than this.”

We can thank 1958 for this cliched action-romance-drama flick.

After Daddy-O’s best friend dies in a perilous crash, he vows to avenge his death. Eh, in so many words. It’s an overly complicated plot for a movie that doesn’t have a whole lot going on. He goes through an oddly convoluted course of actions in order to do so. And, oh lordy, lest we forget he sings, too! How much talent can one man have?! Daddy-O gets a job working at a club and ultimately ends up saving the day and getting the girl. Spoiler alert, sorry.

Perhaps the best part about this episode is the short that precedes the movie. It’s a pretty racist and generalized clip that teaches the alphabet. I very much doubt that children ever actually enjoyed watching it, but it sure is humorous for adults!

Don’t worry, the Teenagers from Outer Space will eat all the leftovers.

A handsome alien, Derek, and his bossy alien friends land on Earth, hoping to find a habitable planet to raise their food source, Gargons.

Derek falls in love with an adorable Earth girl, Betty. When funding for the film all but ran out, the crew was forced to harshly impose the Gargon into the final scenes. The ending of this film isn’t intended to warm your heart, but I still find I have a strange kinship with this film. I’ve written about it before and I will continue to sing its praises. While, no, the movie is not… award winning per se, I still love it in all of its hokey glory. I even adore the eccentric characters.

Earlier this year I visited my brother in LA and I was lucky enough to visit the caves where they filmed the Gargon attack scenes. I was absolutely over the moon as I stood there comparing stills from the movie to my actual surroundings. My brother, bless him, couldn’t quite figure out why I was focusing on Teenagers from Outer Space when Army of Darkness and Batman, among others, had filmed at the same location. Everyone has a movie that they feel belongs to them and this one is mine.

With Joel and the bots riffing on top of it, it means all the more. 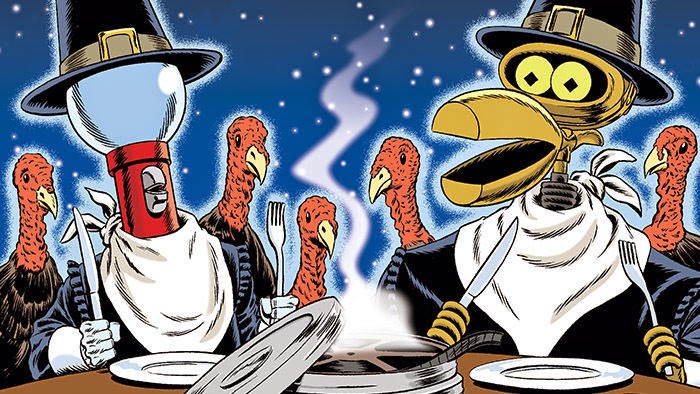 And that, my friends, is what I’m grateful for this Thanksgiving.

So, go forth and watch your favorite episodes with your loved ones this year. I know I will!

Whether they want to or not, dammit.