Two talented artists have some campaigning ending really soon so I grabbed them to tell us about their projects.

One is more familiar to this column — a comic book project from Joe Martino (Shadowflame, The Mighty Titan).

The other is only a household name to those hyped on the nerdcore rap scene.

Random aka Mega Ran aka Raheem is a former teacher who tours the world rapping about life, but also he is the only rapper to be officially endorsed by Capcom.

Joe even has some Kickstarter tips as well, so keep your eyes peeled, creative types.

If you have a few dollars or a dollar to spare, consider backing these hard working gentlemen! If you can’t spare anything but you like what you see, spread the word. They will be grateful! 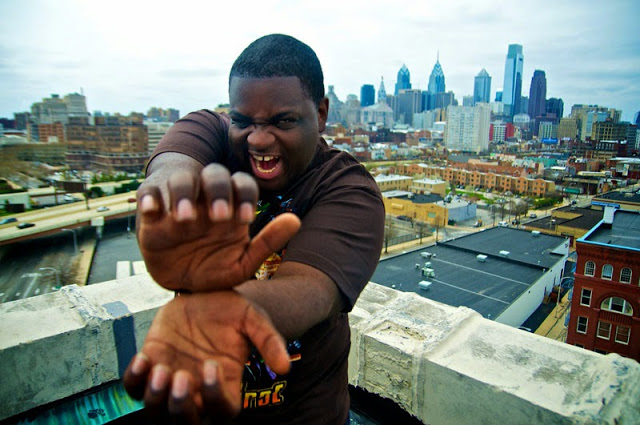 FOG!: Ran, we’re excited about your Kickstarter. What can fans expect from Mega Lo Mania – A Nerd Rap Documentary?

Mega Ran: The doc got such great reviews that all we needed was more, quite frankly.. I went and found old footage, interviewed some of my heroes in the scene and I think it ties up the Mega Ran story, that’s so hard to explain to people most times, perfectly!

Maybe we should back up. What is it you do for those unfamiliar out there? You rap about video games, right?

I rap about life, mostly, but from a few unique perspectives, most notably, the eyes of video game characters.

A lot of what I do is video game related for sure, It’s probably where I feel most comfortable. 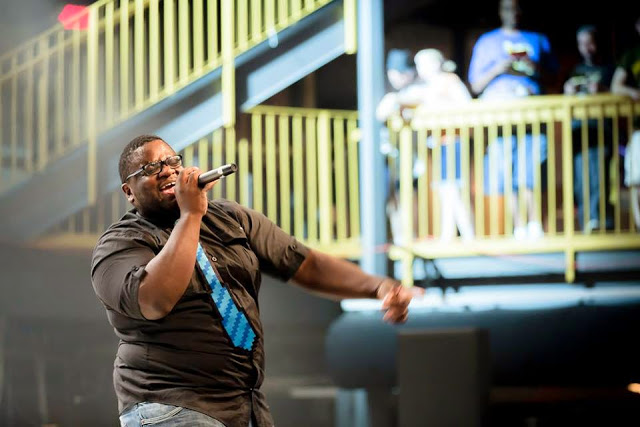 How has teaching informed your outlook on writing raps for everybody?

I feel like if you can get a group of skeptical teens to believe in you, you can do anything. I feel like being a teacher prepared me for the stage in more ways than I could imagine.

I use a ton of teaching techniques in my stage show, though I wonder if people even connect the two. That’s when learning is the best, when you don’t know you’re learning.

Do you like being on tour most of the year? What’s it like when you get to go home for a bit?

I do love it, it’s been my life for the past 3-4 years… when I’m at home, I’m relieved and I enjoy it, but after a few weeks I’m itching to be back on the road again.

What is the difference between touring with a band and with tracks? Are you feeling the vibe a bit better with the live musicians? Alternatively, with your video game sample tracks how does that work into the live show?

The main difference is, for better or worse, you’re not alone. Which means you have more people to talk to and to enjoy the experience with, but you also have more people’s moods and requirements and gear and space to worry about.

I think there’s no better sound than that of a full band all in sync, killing it together. It brings a new dimension to my tracks, but it isn’t lost, because we have a DJ who triggers game samples all the while, so no matter how new age the music starts to sound, we can always bring it back with the DJ.

I had no idea the costs and restrictions you face getting your films into festivals and Netflix, etc. What can fans expect from the extra footage?

I didn’t know either! Man I know all about music and marketing that, but film is a much deadlier beast. 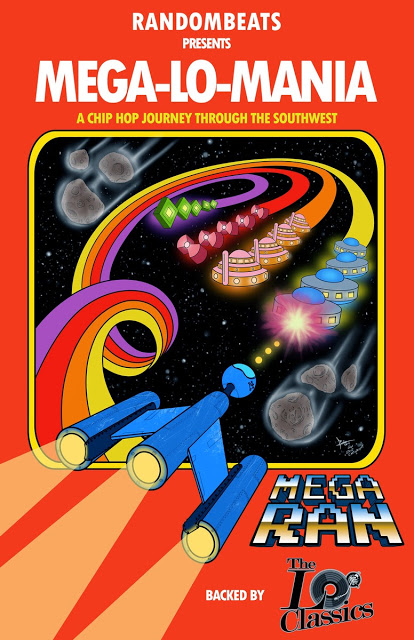 So what I’m gonna do is make sure that this documentary is the most jam-packed, ultimate resource for not just me, but for anyone anting to know anything about the different sub-genres I hang out in: from nerdcore to chiptune to Video Game Music.

Thanks Mega Ran – see you at the next show!

Awesome! I look forward to it, buddy! 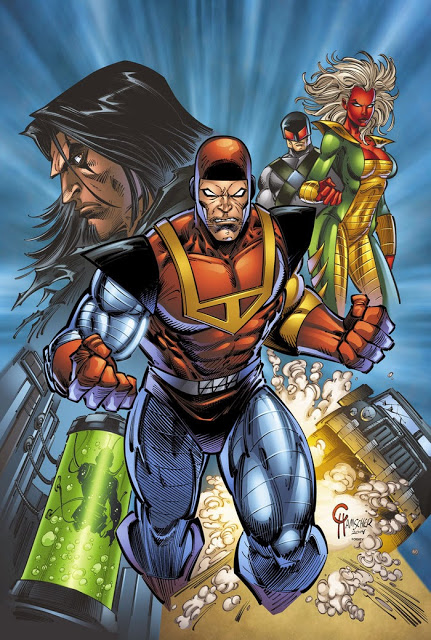 Joe Martino: Well, I created Cyberine before Shadowflame. I always liked patriotic characters like Captain America so I wanted to create one like that. But I didn’t want him to look like a flag.

I figured what’s better than Marines Red and Gold? Originally he was in Vietnam and he got blown up on his way home. But, as time went on Desert Storm made more sense and then Afghanistan. In Shadowflame I actually call it the Second Gulf War meaning the 2004 Afghanistan war.

In issue 4 I added a few characters to the team. Crimson, Caress and Barrel. Along with Cyberine and Agent Napalm, they make the core of the group. There are others that we will see later and some that really aren’t very nice.

To me it is a bit like The Avengers if they were formed by the government and run by Professor Xavier. The Marine part of the group is very boot camp/Danger Room and we will see the group go through some serious issues. 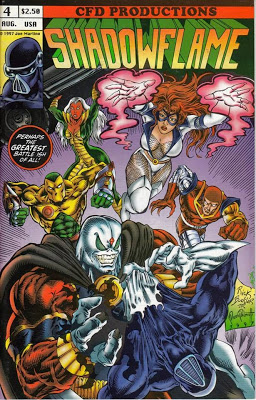 Is this your first spinoff of Shadowflame?

This would be my first spinoff. The Mighty Titan is in the same universe as Shadowflame but he didn’t start there.

I always wanted to do a Cyberine book. I had a failed attempt with a writer back in 1999 or so and put it away. When we went with this one I threw away the stuff in that one and started over.

You always get the best reaction to your Kickstarter campaigns. What advice do you have for creators out there just starting out?

I really don’t know what it is.

I have a great group of friends that help me stay sane. Most of it is planning and putting together great rewards. I kind of know what works now and what doesn’t.

Just be ready for a tough 30-60 days. It is not set it and forget it. It is work. You won’t be writing or drawing much during the campaign.

Do your research. Build your network, end your campaigns on the 15th or the 1st (payday for most) and make sure you’re not on vacation when you run a campaign because it will make your spouse angry. 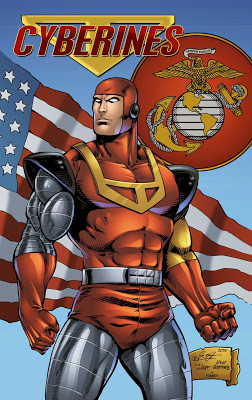 Tell us about the creative team! How did you get Cory Hamscher involved?

I was turned on to Cory’s work from my friend Frank Cuonzo.

I knew he’d be a great fit. His work is very dynamic and brings a lot to the character.

Pow Rodrix does the art chores as well because Cory was so swamped with commissions and Marvel work that I had to continue without him. Cory wanted Sean as a colorist and he is great so how could I say no?

The rest is history!

On a level of “Nap to Napalm” please give fans the amount of excitement packed into each issue. From your other work, I expect FULL NAPALM and fun comic book action!

Yeah, man! A comic isn’t a comic without FULL NAPALM!

Thanks Joe, see you at the next Con!

Thanks for all the awesome support!

To support the Kickstarter, Click HERE!
For more details visit Red Anvil Comics and on Twitter @jgmcomics and @RedAnvilComics