Super hero comics and professional wrestling have more in common than a lot of people would like to admit.

While super hero comics have managed to raise themselves out of the pop culture ghetto thanks to works like Watchmen and billion dollar movie franchises, professional wrestling still comes with a certain stigma attached to it.

It doesn’t matter that it’s been around for more than a century, that back in the late 90s more people were watching WWE and WCW combined than most NFL football games or that guys like John Cena and Dwayne “The Rock” Johnson have actual entertainment cred and respect outside of the wrestling ring. 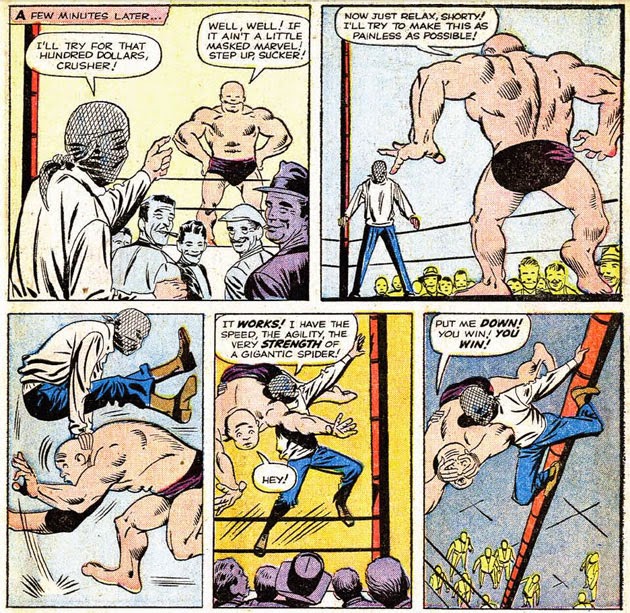 But ask anyone who loves both super heroes and professional wrestling and they’ll tell you that both tickle the exact same parts of the brain.

Like the members of the Justice League of America and The Avengers, the men and women clad in tights who step into the squared circle engage in epic, larger than life (and scripted) combat over equally epic and larger than life stakes.

The heroes are stalwart and true, the villains easily identifiable by their actions, behavior and dress. Like super hero comics, the stories are often basic while simultaneously managing to be convoluted and in both mediums, it never hurts to have an understanding of all the continuity and stories that have come before.

I made the wrestling/super hero connection back in the 80s. When I was a kid, Hulk Hogan was akin to Superman to me. Actually, at the age of 10, I would have ranked him higher as unlike Kal-El, Hulk Hogan was flesh and blood. I could actually go to an arena and watch Hogan thwart the likes of “Million Dollar Man” Ted DiBiase, Bobby “The Brain” Heenan or a turncoat Sgt. Slaughter.

As for Superman, sure I could see him in theaters or on TV, but those were actors. The “real” Superman would always be someone I could never see live and in person. 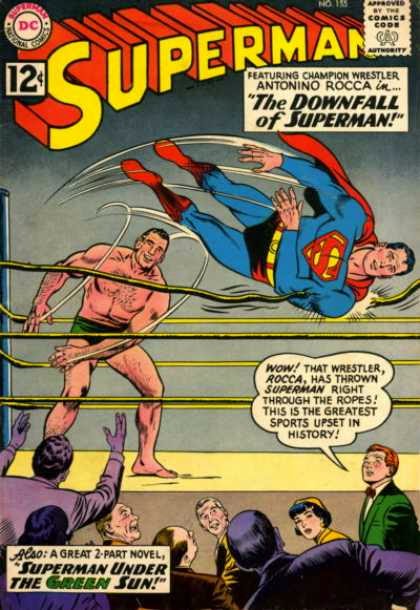 Professional wrestlers, as far as I’m concerned, are super heroes who somehow managed to step off the printed page and into real life.

However, stepping into real life is not without consequence.

For the heroes who choose not to leave the funny books, true, they’ll never shake hands or physically interact with the fans who follow their adventures year in and year out but they’ll never grow old, either.

I was reminded of this fact just this past Sunday when professional wrestling icon and eternal hero Sting made his first appearance in a WWE ring at the pay-per-view Survivor Series.

It had been years since I’d seen him, and watching him thwart the villainous Triple H’s schemes made me leap up off my couch and cheer. So of course I took to Twitter and shared my elation with the world. 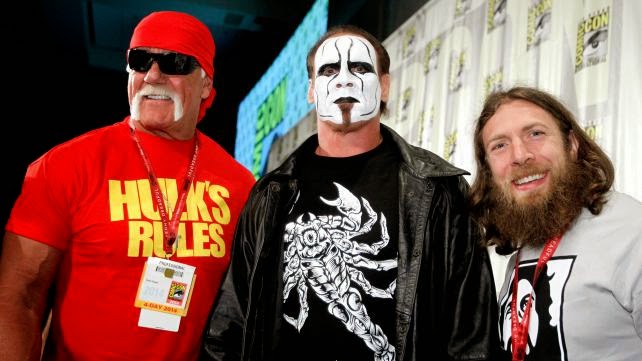 Almost immediately people started to comment on how old Sting looked. They were right, of course. Sting did look old. To be fair, the man is 55-years-old and is still fit as hell, but yeah, you could look at the man and see the passage of time.

There’s a sadness to seeing wrestlers age because it’s a reminder that they’re not super heroes, but real men and women.

They’re regular people, just bigger, buffer and more athletic than the rest of us. Sting may have staved off the nWo, Dusty Rhodes the Four Horsemen and Steve Austin Mr. McMahon himself, but none of them will stave off old age and no amount of writers or bookers will change that fact.

Aging wrestlers make people uncomfortable because they exist as a reminder that one day, just like everyone else, so too will our heroes die.