I can no longer just sit down and enjoy an entertaining children’s movie clearly meant for audiences that are ⅓ my age. Thanks to the tireless efforts of fanboys and people suffering from undisclosed mental illnesses, there is a conspiracy theory surrounding almost every Disney film ever created.

So, for your amusement and a deep desire to save you from the dark parts of the internet, here is a roundup of the most popular theories.

The mean-hearted toy-hating spirited child who created teeny-tiny abomination against nature never recovered after his playthings came to life to seek revenge. Unable to concentrate in school, Sid had to drop out at an early age, a decision which eventually led him to a career with Tri-County Sanitation.

Likelihood:  Pretty likely. Those Pixar folks are clever. Not only is this development heavily hinted with his taste in skull-adorned clothing, but actor Erik von Detten reprised his role as Sid.
Don’t feel bad for Sid though. He’s probably union and making more money than you and I put together. Sid’s doing alright, trust me.

The Witch From Brave Grew Up To Be Boo 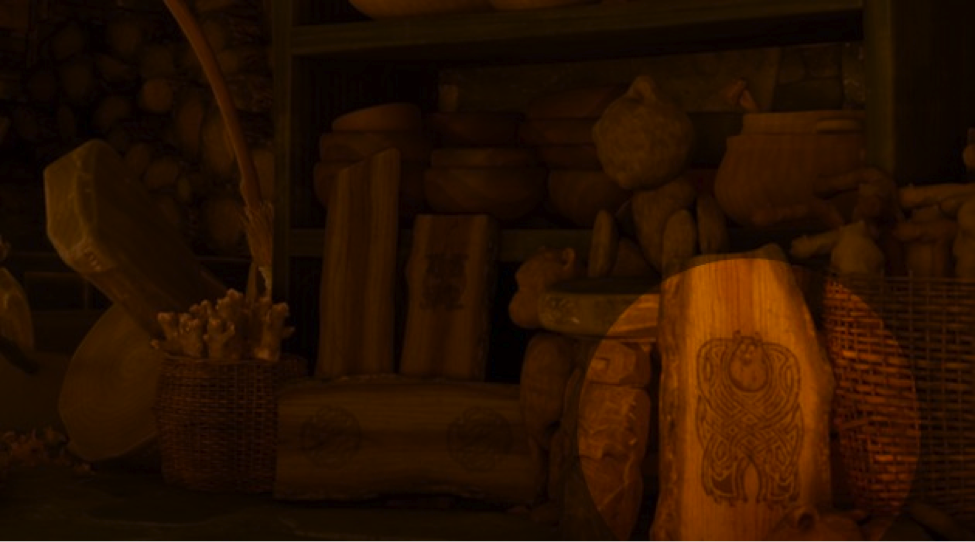 That’s right. Someone put together that the hidden Sully and Mike in the Witch’s hut in Brave means that the Witch is actually Boo.

Gotta say, the least impressive of the conspiracy theories. Not a lot of thought went behind this one.

Likelihood: Not fucking likely. The timing is wrong, the era is wrong, just everything is wrong.
This is a case of the Pixar folks being adorable. Case closed.

The theory came about from the idea that Emily and Andy have the same red cowboy hat, so obviously Andy inherited it from her, making him her son. 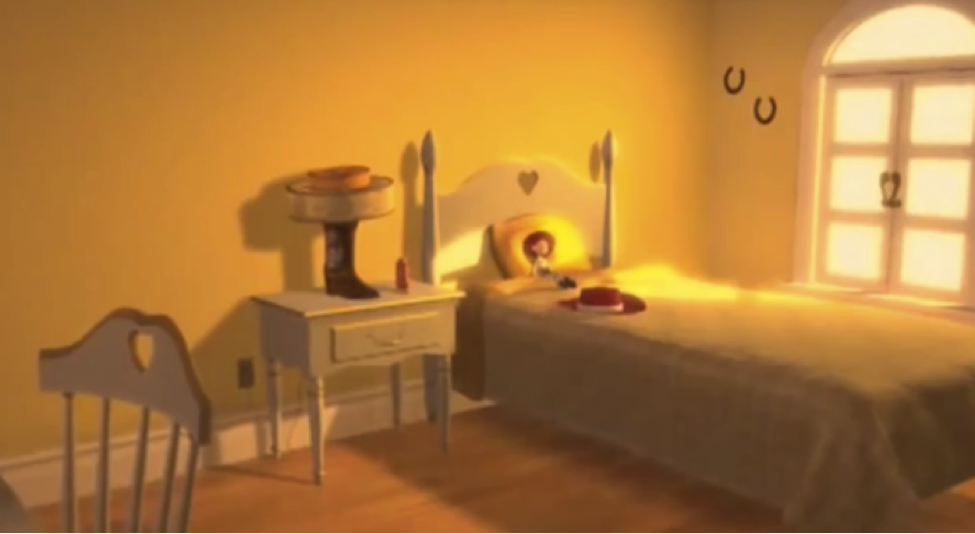 Likelihood: The math doesn’t add up. In Jesse’s flashback, it appears that Emily became a tween in the ‘60s, which would place Andy’s mother in her mid-50s or early 60s by the time Andy went to college.

She either ages extremely gracefully or has one hell of a surgeon.

Up = The Sixth Sense 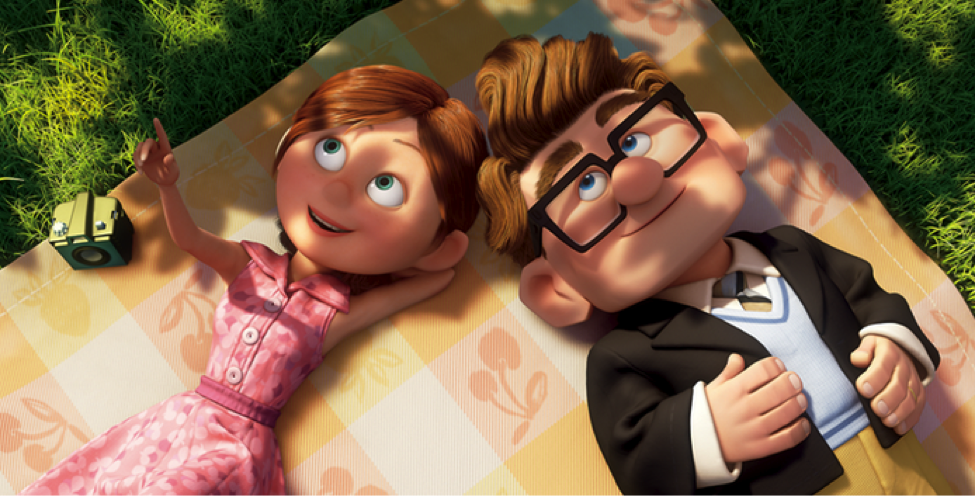 In this theory, Carl died in the beginning of the movie and he is living out his adventure fantasies in Heaven. This would make Russell his guardian angel who is desperately trying to win his wings by helping Carl find inner peace.

First off, if Carl was dead, why not just meet up with Ellie? Why bother crushing his spirit by exposing his childhood hero as a second-rate villain and murderer?

Also, did you know in Heaven they have lengthy court cases regarding your state of mind? And if you lose them, you lose your place beyond the Heavenly Gates?

This theory sucks and it destroys all the charm of Up.

Frozen, The Little Mermaid and Tangled Are Intertwined

To understand this theory, one needs to look at the settings for each of these films. Frozen is set in Norway in the 1800s, while Tangled is set in Germany and The Little Mermaid is set in Denmark, both roughly around the same time.

The theory is that Elsa and Anna’s parents were on the way to the wedding of Rapunzel and Eugene when their ship was lost at sea. That is why the stars of Tangled are both there to greet the princesses during Elsa’s coronation.

To take it a step further, the sunken ship that Ariel explores at the beginning of The Little Mermaid is the lost ship of Norway’s royal couple.

Likelihood: So, when this theory is mapped out, all the pieces fall into place. The countries are the right distance away, during the right period with enough coincidences to make the theory work.

This theory also makes Ariel a straight-up grave robber. All that crap she collected? That belongs to Elsa and Anna.

Chew on that for a while.

If you don’t want to think about Norway’s royal family watery death and the happy little mermaid to ended up gaining from their demise, than perhaps you might like this theory.

The couple were not killed at sea, but violently by an off-screen leopard. 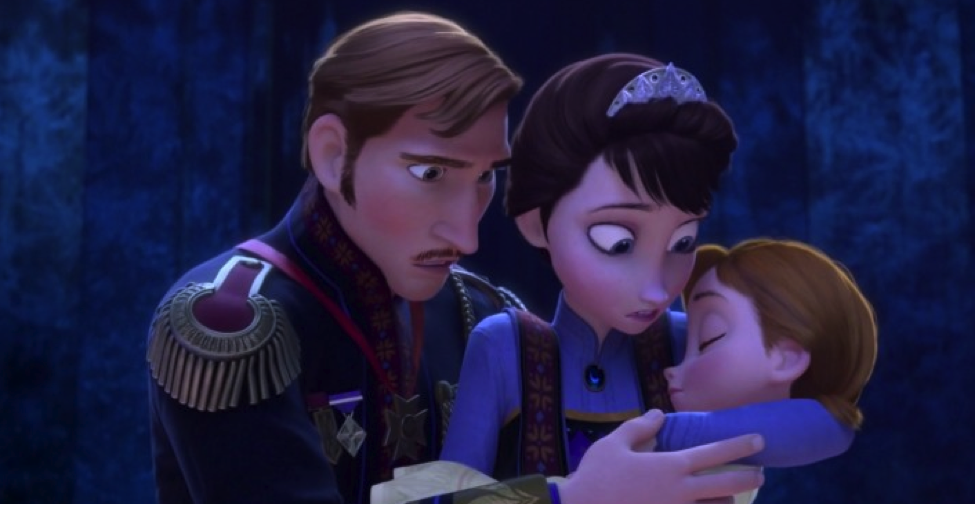 The King and Queen spent many months at sea, long enough for her highness to give birth to a bouncing baby boy. When the ship was in distress, the couple jumped into a lifeboat where they drifted towards a jungle oasis.

Always a handy man, the King build a glorious treehouse that protected his beloved family from the elements, but not jungle cats.

Likelihood: While Tarzan’s parents do bare a resemblance to the royal couple and the time periods do match up, the jungle king appears to have a bit more British to his heritage than Norwegian.

The End-All, Be-All Theory: Every Pixar Film Is Connected

There is a lot of time and effort put behind the site The Pixar Theory. It was made with a special combo of love of the films, fandom and a complete lack of a doctor’s supervision.

If you are ready to have your mind blown, then please feel free to check it out.

The theory involves placing the films in perceived chronological order that the film was set.

Once you grasp that notion, the rest of the theory boils down to this:

Likelihood: This clearly depends on if a person believes that a series of harmless kids’ movies are actually predicting a dystopian future run by bugs, monsters and machines.

Or it might depend on when you went off your meds.

Either way, not likely.

Also, what about Boo? Doesn’t she count as a human?

And how about the kid that plucked off the wings of the homeless fly in A Bug’s Life?

There are just too many unanswered questions.