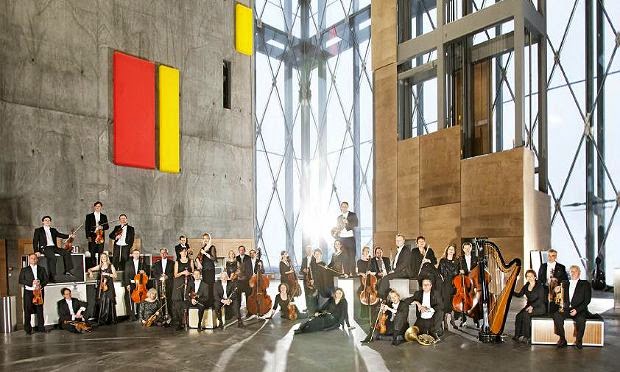 I am a huge fan of classical music and I don’t appreciate it that when I put on something like Pietro Mascagni’s Intermezzo from Cavalleria Rusticana, my friends don’t fall onto the floor in a fetal position, weeping like me. But I sort of get it, classical music is an acquired taste (kinda like Tom Waits) and requires a lot of exposure in order to learn how beautiful and important it actually is (like Tom Waits), not only as one of the stepping stones which helped to usher in your favorite bands and performers (like Tom Waits), but also as a catalyst in conveying a certain type of emotion in television shows and film (Intermezzo from Cavalleria Rusticana is used at the beginning of Martin Scorsese’s Raging Bull…unfortunately Tom Waits isn’t).

But in this day and age when music is more about sampling and auto-tuning teenagers, the realm of classical music needs to do something interesting in order to get asses in the auditorium seats and young people interested in the music…and what better way to do that than by having the Danish National Orchestra eat incredibly hot chili peppers and try and make it through Tango Jalousie without dying.

They say that to be an artist you have to suffer for your art and I can think of no better way to illuminate that sentiment than by chewing on a ghost pepper while blowing into an oboe.

Now that’s a performance I would like to see…