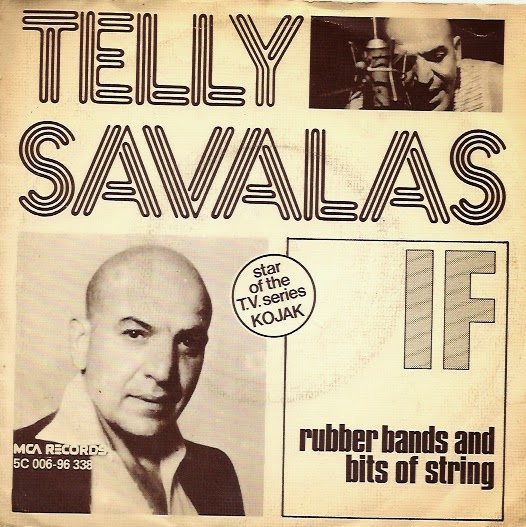 If (a song first popularized by the band Bread and covered by practically everyone else) is one of those melodies that you hear at really lame weddings where they don’t offer Pigs-in-a-Blanket during the h’orderves portion of the reception. Usually it’s a “first dance” or, if it isn’t, it comes somewhere in the middle when everyone is as drunk as the limited bar options will allow and causes people over the age of 45 to inappropriately make-out with their spouse/partner, grossing everyone out.

In other words, it’s a lame-ass song.

But to hear the great Kojak “sing” it, it sounds, well, somehow more threatening…which is probably why, in 1975, it reached #1 on the UK Singles Chart for two weeks.

Check it out after the break and be prepared to fall in love.