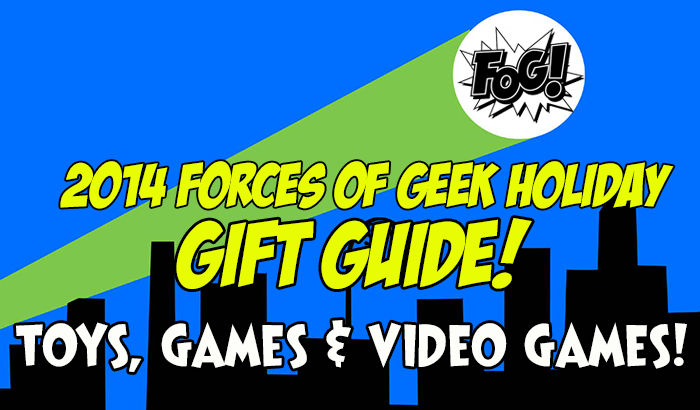 I don’t care how old I get, if I don’t unwrap one freaking, non age-appropriate toy I feel completely and utter let down. Like when I was a kid and got socks as a gift. Come to think of it, this whole adult thing is like constantly unwrapping a gift and finding out it’s socks…no toys…just pair after pair of brown dress socks.

Anyhoo, here’s our picks for toys, games and video games…none of which I will probably get to unwrap.

Make Your Own Muppet

The Muppet Whatnot Workshop allows kids (and adults) to create their very own Muppet online and have it shipped to their home where the creature can liven up beds, play houses or the shelves of an office. All you have to do is choose from a selection of body types, hair colors and styles, noses, eyes, and an outfit for a one-of-a-kind Whatnot that will truly make any Muppet-obsessed person happy.

And by happy I mean overjoyed to the point of pants-wetting. 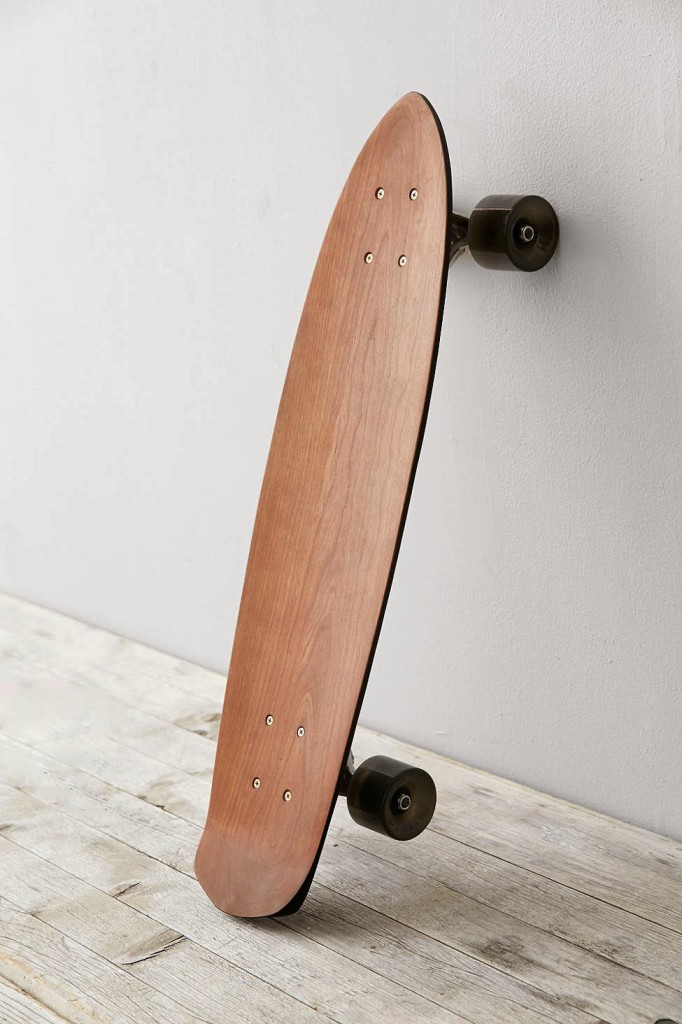 A
$350 skateboard might seem a little pricy for your average skater, but
for those who have invested time and money in the sport (and way of
life) this deck is worth the money.

Handmade by Farmhaus
(a design studio that uses found materials: wood, metals and found
objects to create beautiful pieces) from reclaimed cherry wood sourced
near my neck of the woods (Berks County, PA) and featuring Tracker
Slalom trucks and OJ wheels, this baby is ready to ride or hang on a
wall as an art piece. 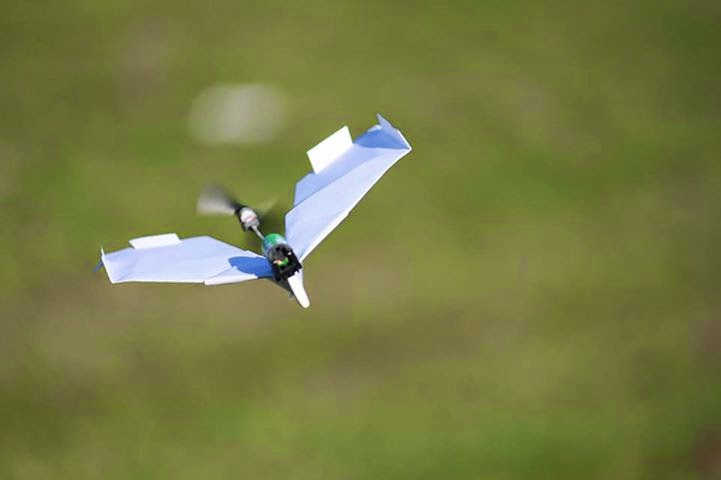 The paper airplane goes electric! Just fold your plane, add a bit of hardware to it from the PowerUp  2.0 – Electric Paper Airplane Conversion Kit and watch your creation fly hundreds of feet.

Perfect for a science geek, flight nerd or someone who wants to dominate a paper airplane competition. 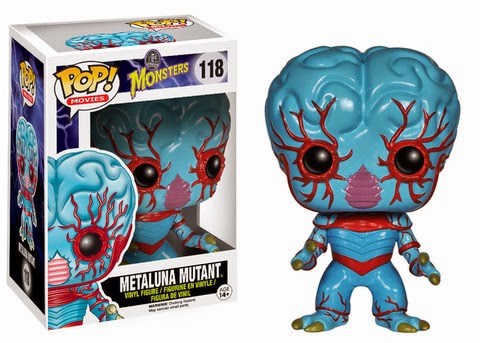 This Pop! Metaluna Mutant figure may make a Universal Monsters fan happy, but for those of us who are serious MST3K freaks, the Mutant from This Island Earth will not only make our holiday, it will start a never-ending session of quotes from the Mystery Science Theater 3000 movie.

Case in point, since spying this Pop! figure I haven’t been able to stop saying “Oh, I’m very vulnerable there! Oh, there go the piano lessons! I can’t remember my dad!” to the point of annoyance.

GoldieBlox and the Movie Machine 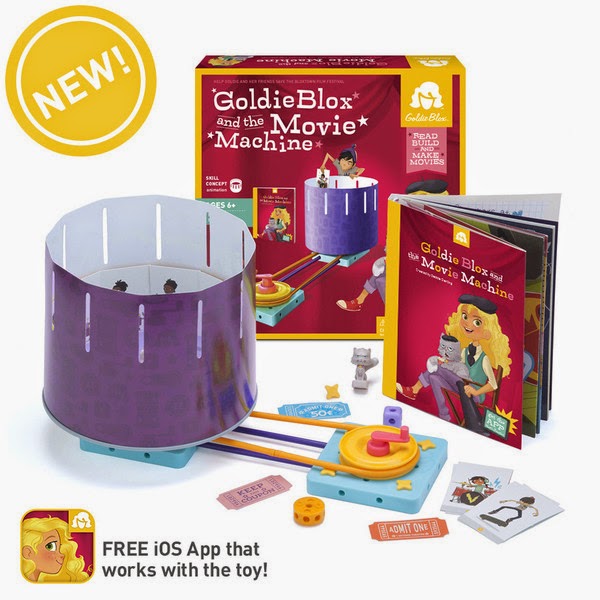 I absolutely love the GoldieBlox series of toys for girls for a myriad of reasons, but the fact that they want young girls to get interested in STEM (science, technology, engineering and math) professions is high on the list.

And this particular GoldieBlox kit is one of the best.

The set comes with 4 movie packs and instructions for creating endless original animations and best of all, all GoldieBlox building pieces are inter-compatible so they can use them with the other sets. 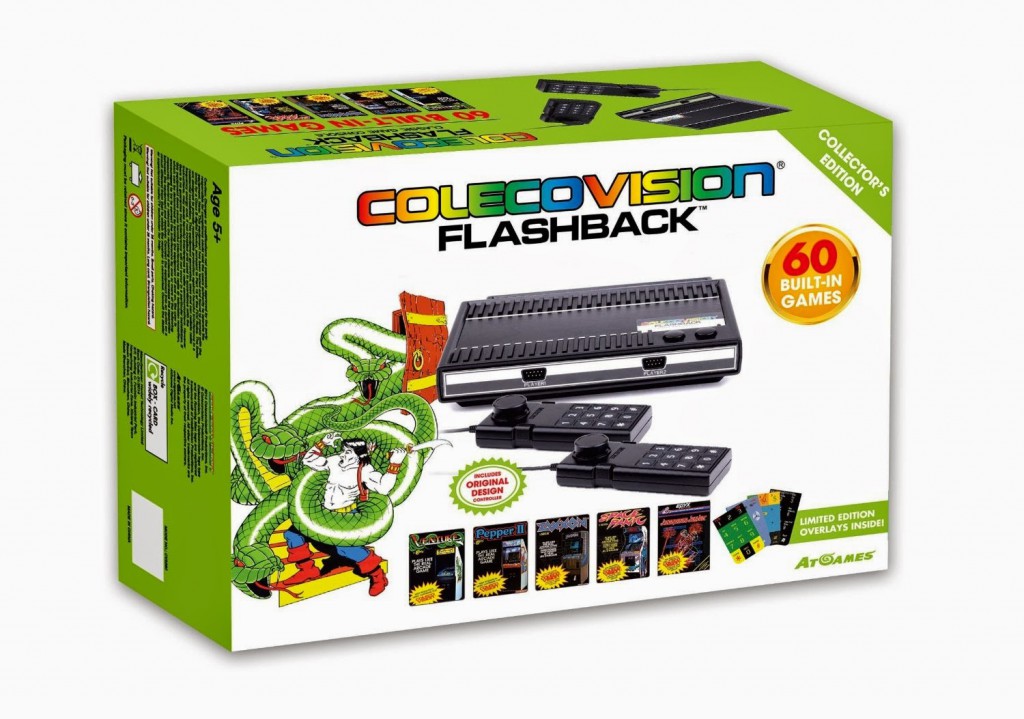 Give the gift of nostalgia to someone old (like me), or introduce the little munchkins to the world of game consoles before the Playstation, XBox and WiiU.

The ColecoVision comes pre-loaded with a bunch of games (including: Zaxxon, Space Fury and Montezuma’s Revenge) to keep everyone playing for hours and looks just like the real thing (to satisfy those who loved the console growing up).

Perfect for those who want to play a game they might actually win for once. 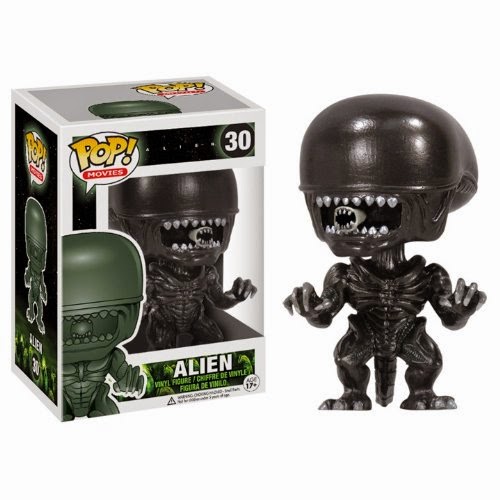 I had no idea that the human-eating, acid-blood spilling, endo-parasitoid extraterrestrial could look so damn adorable, but here’s the proof.

Even with the teeth.

I’m totally getting this for my toddler-aged niece and nephew. 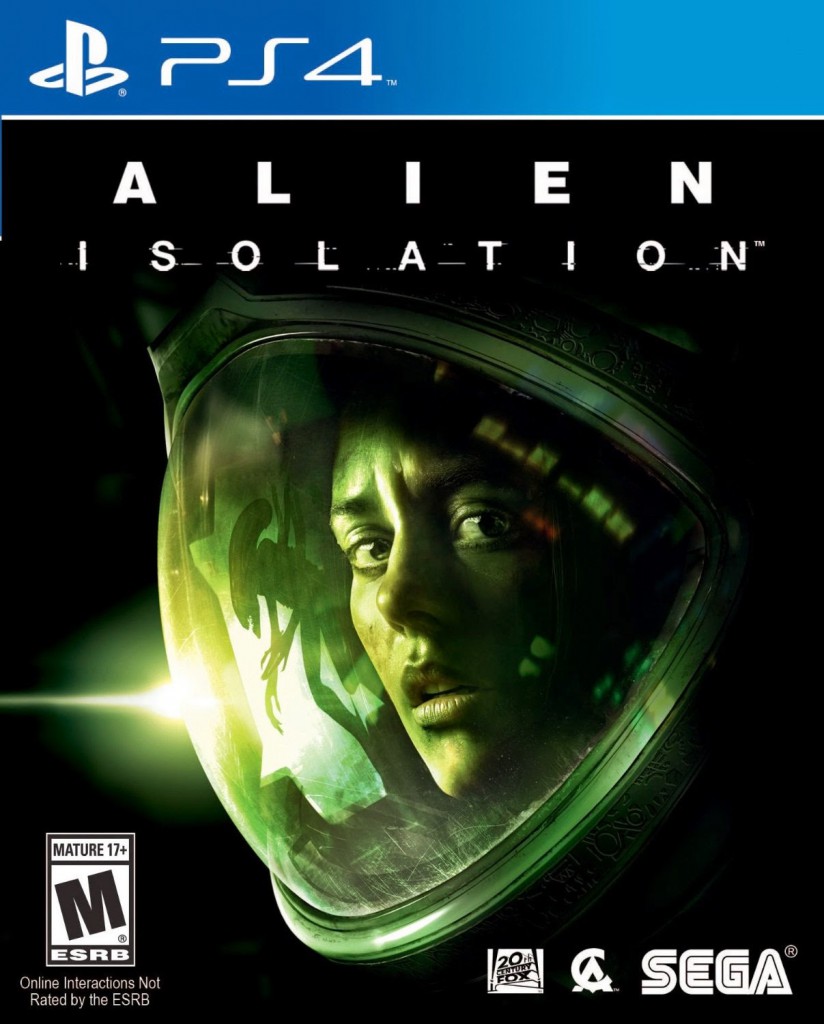 Speaking of extraterrestrials, Alien: Isolation has gotten some pretty rave reviews and as a horror/survival game it puts you in a position where your existence is compromised on a second-by-second basis…which is perfect training for the collapse of civilization.

If you are looking to give (or buy for yourself) a gift that will completely leave Player 1 feeling as though they have lived through the worst horrors that could befall a human being, then Alien: Isolation is the game for them (or you).

Just leave the lights on while playing…it helps with the freak-outs. 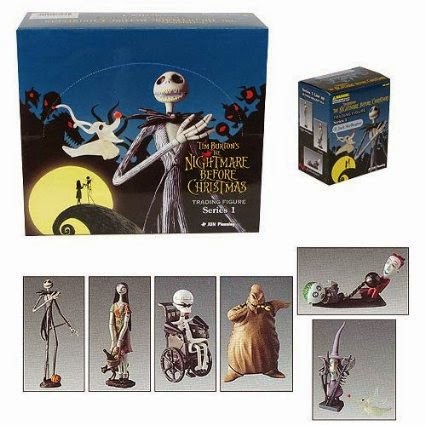 Adorable trading figures based on The Nightmare Before Christmas. Set of 6 small but extremely detailed figures that you put together. You get Jack Skellington, Sally, Oogie Boogie, Dr. Finkelstein, Lock and Barrel and Shock and Zero.

Great for a Tim Burton Fan.

Pick your favorite (Boba Fett, C-3PO, Chewbacca, Darth Vader, or Stormtrooper) or buy the set. Either way these adorable little tin toys will be whirling around tables and floors annoying the pets. 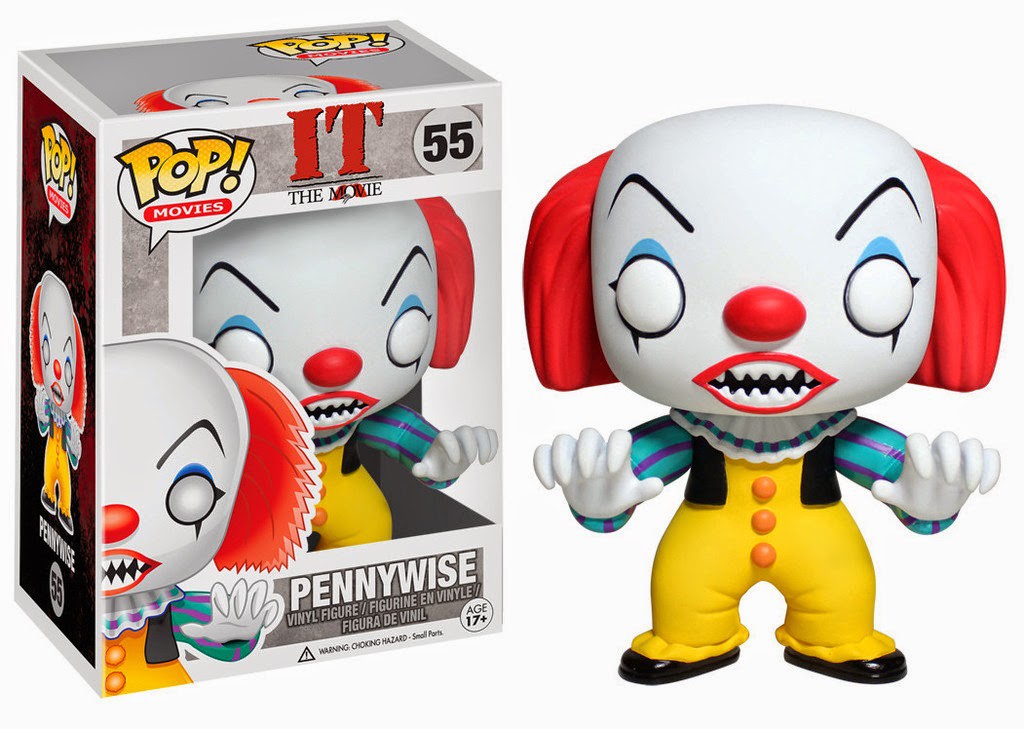 The scariest clown to ever grace the small (or big) screen has been turned into a Funko Pop figure…I’m not sure whether or not enjoy this news or fear for my life.

One thing I do know is if I find him in my gift pile, there better not be any balloons near me or I’m going to scream bloody murder.

My generation’s Superman get’s the figure treatment in this highly detailed, 14-points of articulation, 4″ figure of Christopher Reeve.

Sorry George Reeves, Dean Cain, Tom Welling (although I like you second best), Brandon Routh and Henry Cavill, for me there is no other actor who did Superman justice quite like Reeve and for that, this figure will always be my favorite.

From the game description:

Neverending Nightmares is a psychological horror game inspired by the developer’s actual battle with mental illness. In the game, you take on the role of Thomas who awakens from a terrible nightmare only to find that he is still dreaming. As he descends deeper through the layers of hellish dreamscapes, he must hide from horrifying apparitions and outrun his inner demons. He must discover which of the horrors he encounters are a manifestation of his own psychological state and figure out what reality will be when he finally wakes up.

Seriously, this game will take you places you never intended to go emotionally and with the incredibly creepy black and white artwork and the haunting score, you’re going to need some serious therapy after playing it. 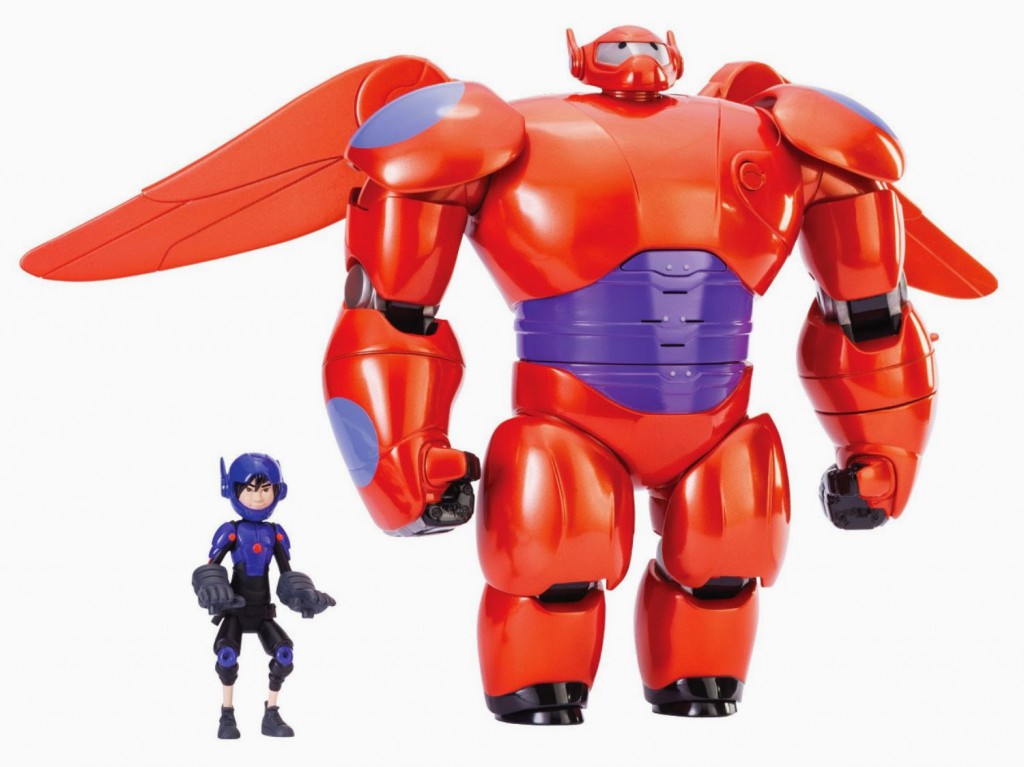 Large and in-charge, this massive Baymax is ready to fly into battle using all his great weapons and features to save the day, just like in Disney’s movie, Big Hero 6. Baymax is huge at 11 Inch tall with a wingspan that extends to 18 Inch. Activate the lights and sounds or save San Fransokyo using Baymax’s launching rocket fist. Baymax comes with a 4.5-inch Hiro Hamada figure, which when attached to Baymax’s back unlocks additional flying sounds that vary from descending rocket sounds to ascending rocket sounds depending on whether Baymax is pointed up or down. This great innovation brings the product to life and Disney’s Big Hero 6 to your home. 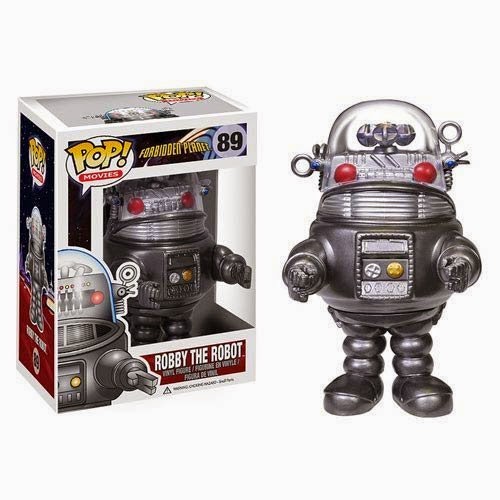 The Forbidden Planet‘s Robby the Robot is all vinyled out and ready to decorate your nerd room.

Take him home today and love him the way this A. I. deserves to be loved. 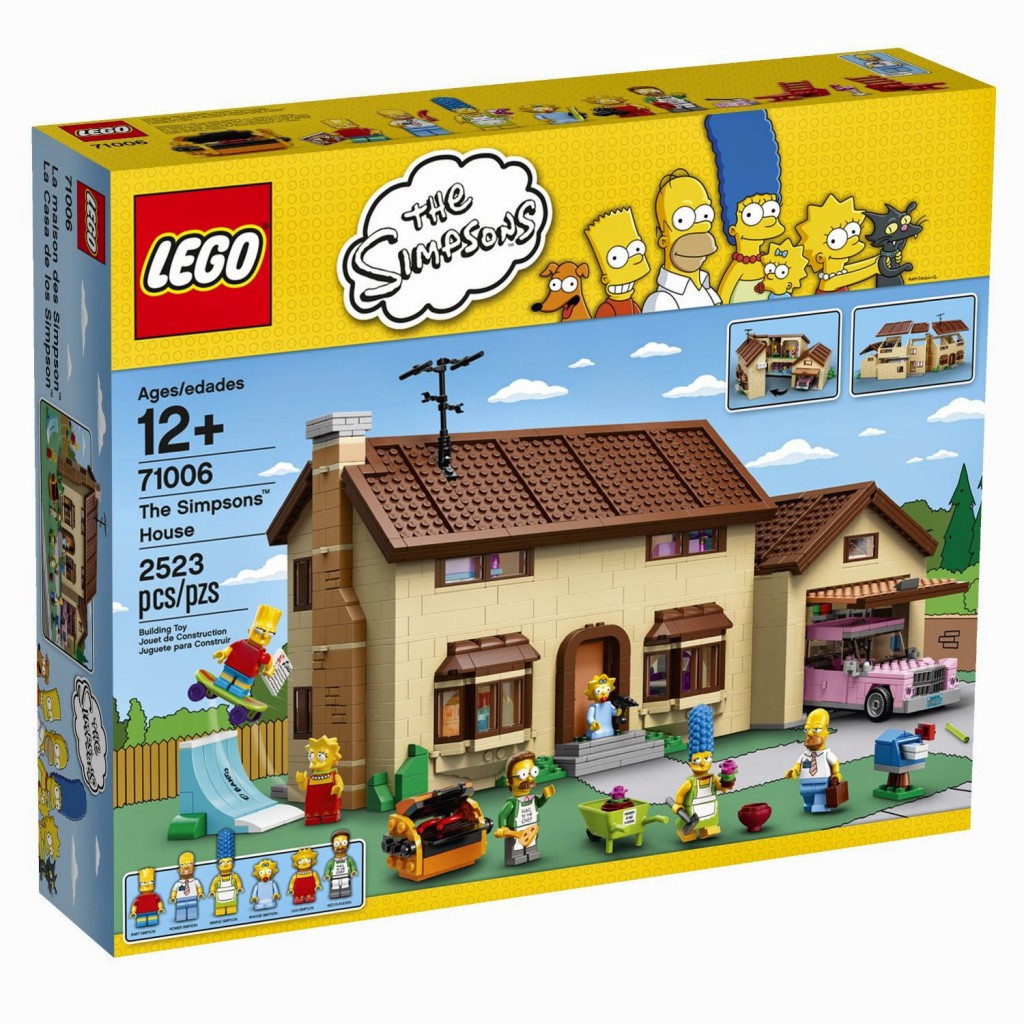 I was trying to write up how amazingly awesome this set is but I can’t find the words (my brain exploded when I saw it). So I’m going to rely on the product description to do it for me:

Recreate hilarious scenes from the classic animated TV series with The Simpsons House. Taken right out of Springfield, this amazing model is crammed with tons of LEGO brick detail. Lift off the roof and open up the house to discover Homer and Marge’s big family bedroom including bed and Maggie’s crib, Bart’s room with his skateboard and Krusty the Clown poster, Lisa’s room with her favorite books, jazz poster and more and bathroom with shower, toilet, sink and mirror. Lift off the top floor to reveal the fully-fitted kitchen with dining table, chairs, yellow and light-blue tiled floor and lots of pots, pans and other accessories. Then it’s into the living room with couch and TV playing Itchy and Scratchy, purple piano and more. Next to the house is the detachable garage, complete with workbench, tool rack, vacuum cleaner, broom, toolbox, tools and the family car, complete with dent (because only in a LEGO world are dents a plus!), opening trunk and ‘radioactive’ bar from the nuclear power plant. Step outside onto the terrace and you’ll find loads of cool items, including a grill, wheelbarrow and air conditioning unit with ‘Property of Ned Flanders’ decoration, sausages, 2 garden loungers, flowerpots, a shovel, 2 fruit cocktail glasses, Lisa’s camera, Bart’s skateboard ramp with ‘El Barto’ graffiti and an antenna on the roof. The Simpsons House is the perfect collector’s item for fans of all ages. Includes 6 minifigures: Homer, Marge, Bart, Lisa, Maggie and Ned Flanders

Now you know why my head hurts. 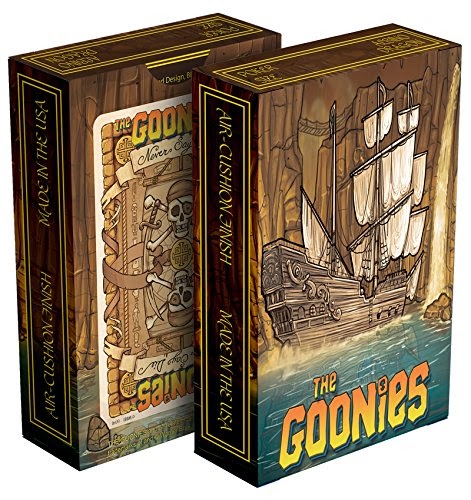 For The Goonies fan in your life!

This awesome deck contains 54 custom cards based on the various Goonies characters (Hello Chunk) with gorgeous illustrations not found anywhere else.

Playing poker will be like living out the movie plot…only, just make sure you are playing for Baby Ruths, otherwise what’s the point?

The Vanishing of Ethan Carter (PC) 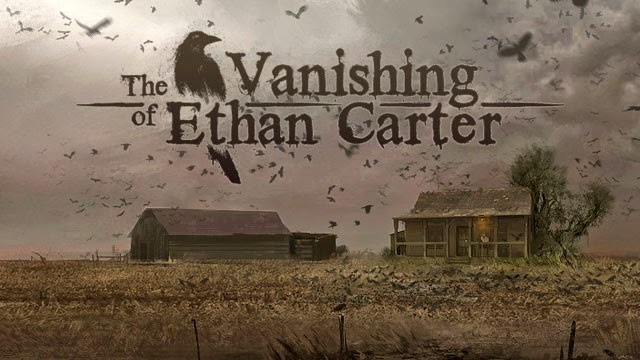 The Vanishing of Ethan Carter is a first-person story-driven mystery game focused on exploration and discovery. As occult-minded private detective Paul Prospero you communicate with the dead to discover the fate of a missing boy and the mystery behind a dark ancient force lurking in Red Creek Valley.

With an absurdly beautiful game world, dark tones and a well-crafted story, The Vanishing of Ethan Carter is the kind of immersive game that takes you deep into a disturbing tale of loss. If you like story-based game play over action with a dash of the occult, this is definitely one you will want to check out. 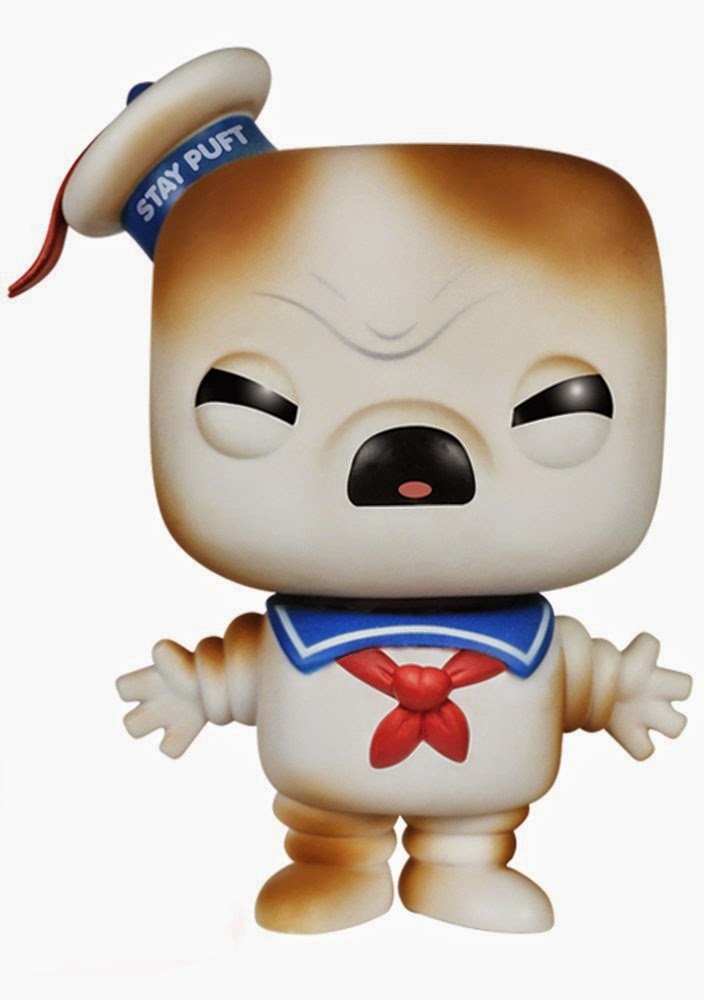 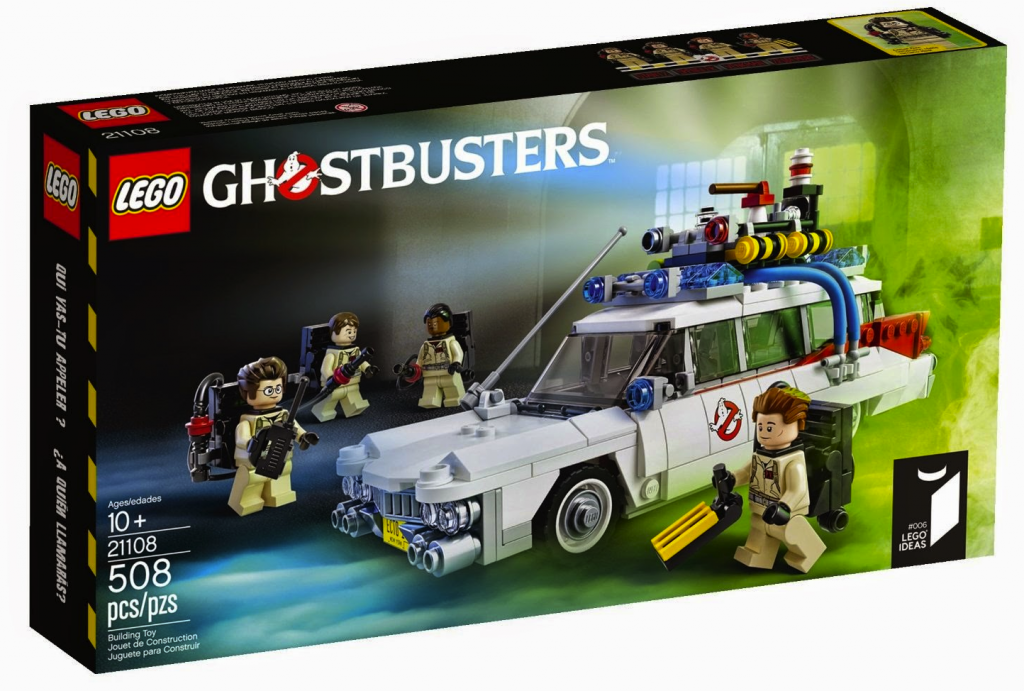 Oh and look, here’s another Ghostbusters toy that you should buy, The LEGO: Ecto-1. That’s right, LEGO put out a Ghostbusters set…why are you still reading this? 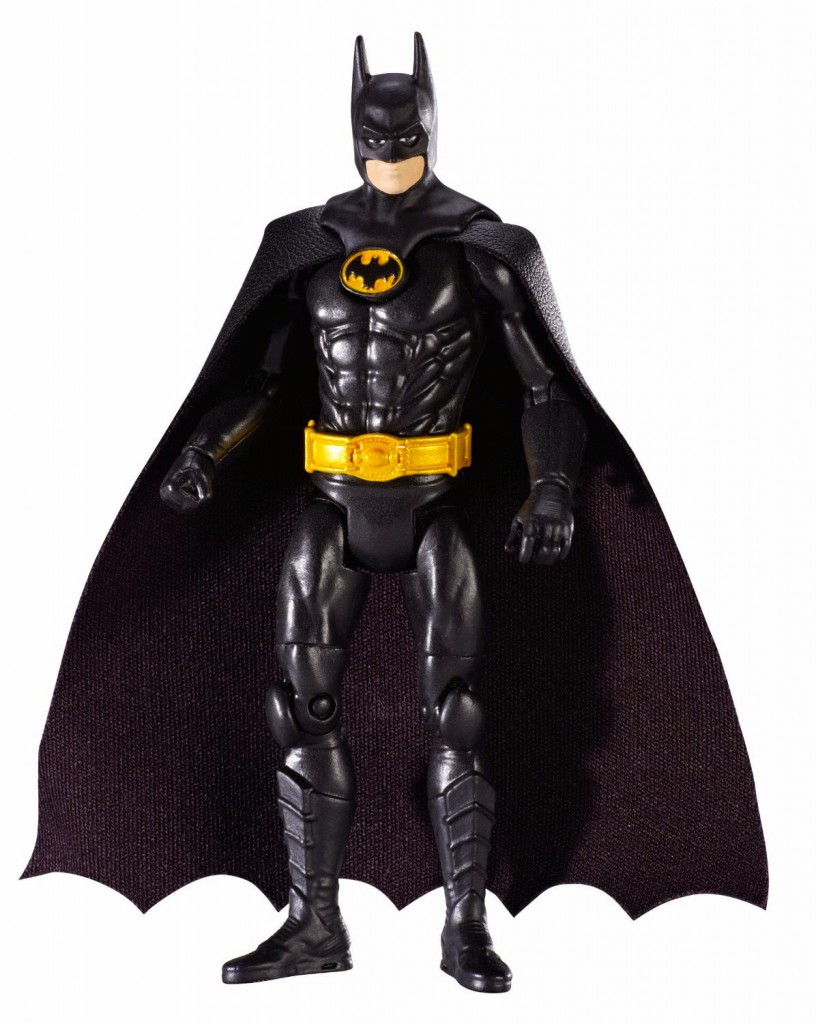 Own the Michael Keaton basic 4″ action figure (like the Superman figure above, it too has 14-points of articulation) that will remind you how awesome it was to see the Caped Crusader in the theater back in 1989. I’m not kidding you, it was freaking killer, like people were lined up hours before the first show (which in 1989 at the McMinnville, OR Tri-Cinema was 5pm or something).

Yeah, we were that lame…but this figure isn’t, so grab it.