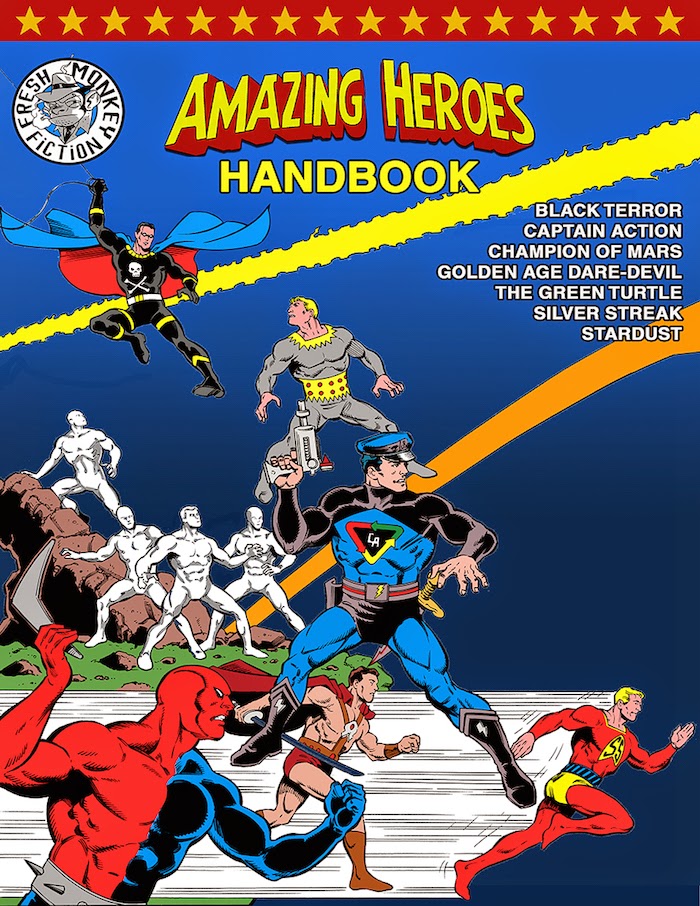 With only a few days to go, the Amazing Heroes Wave 1.5 Kickstarter campaign has released a preview of the upcoming digital Amazing Heroes Handbook, written by comic book historian Christopher Irving (Leaping Tall Buildings: The Origins of American Comic Books, with photographer Seth Kushner) and featuring vintage comic book stories courtesy of the Digital Comics Library. The cover is by artist Mitch Ballard and designs  by David Go.

“The Handbook was a blast to write,” Irving says. “Black Terror and the Golden Age Dare-Devil are two of my first favorite Golden Age characters. To get the chance to write about them with Stardust, Captain Action, Silver Streak, and the Green Turtle was a dream come true. Now I’m just waiting to have the figures in hand next summer.” 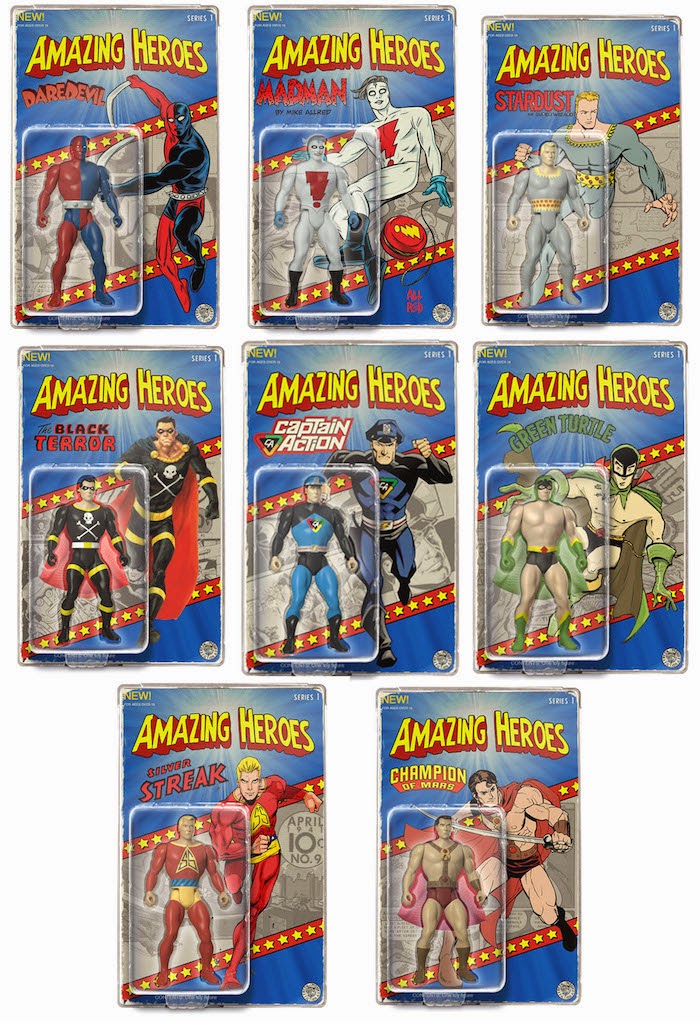 “I have a tremendous amount of respect and admiration for these talented artists,” Bill Murphy of Fresh Monkey Fiction says. “It’s really been a dream come true to work with these guys, and I still can’t believe how lucky we are to have them contributing to Amazing Heroes.”

Allred will draw both Madman and Dare-Devil, Erik Larsen on Stardust the Super-Wizard, Reilly Brown on Champion of Mars, Tim Seeley on Silver Streak, Tom Fowler on Black Terror, Sonny Liew on Green Turtle, and Phil Hester on Captain Action. If funded, the card backs will feature original four-panel strips drawn by each artist.

The Amazing Heroes Wave 1.5 Kickstarter is set to end at 3 AM Eastern time on Sunday, December 21.

After the jump, check out a preview of Irving’s Amazing Heroes Handbook. 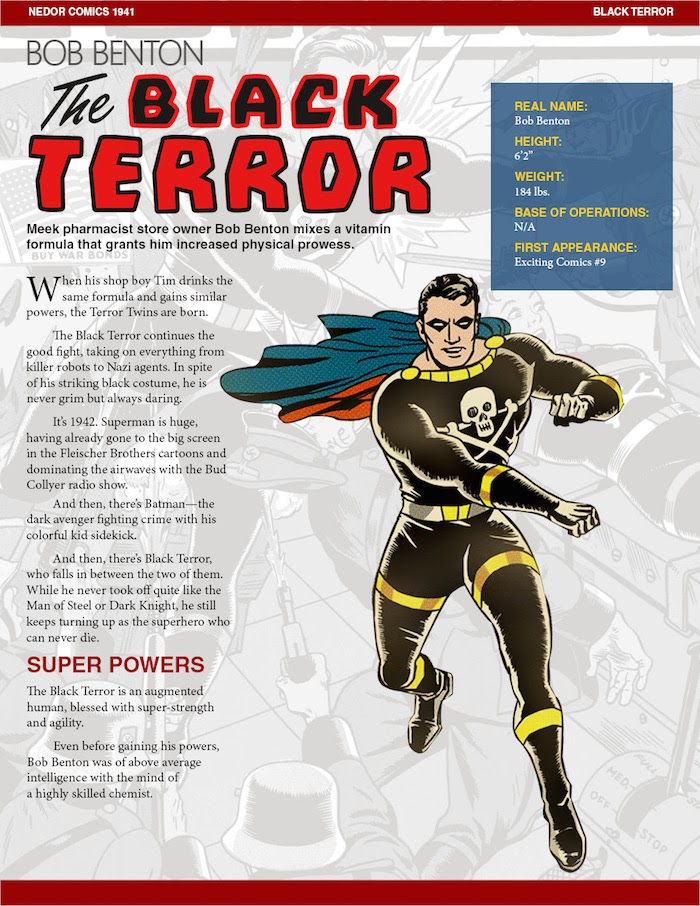 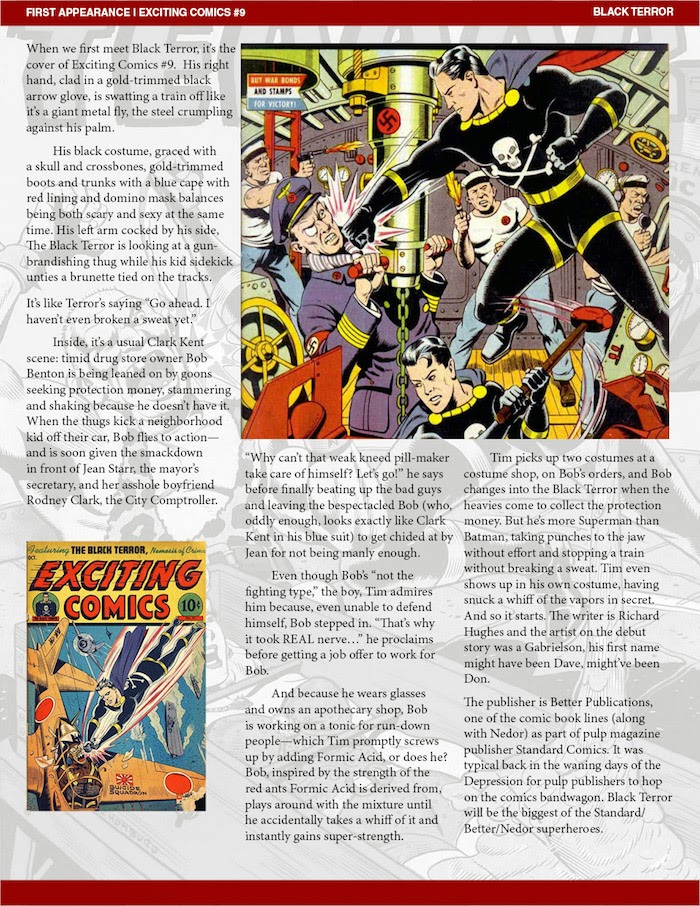 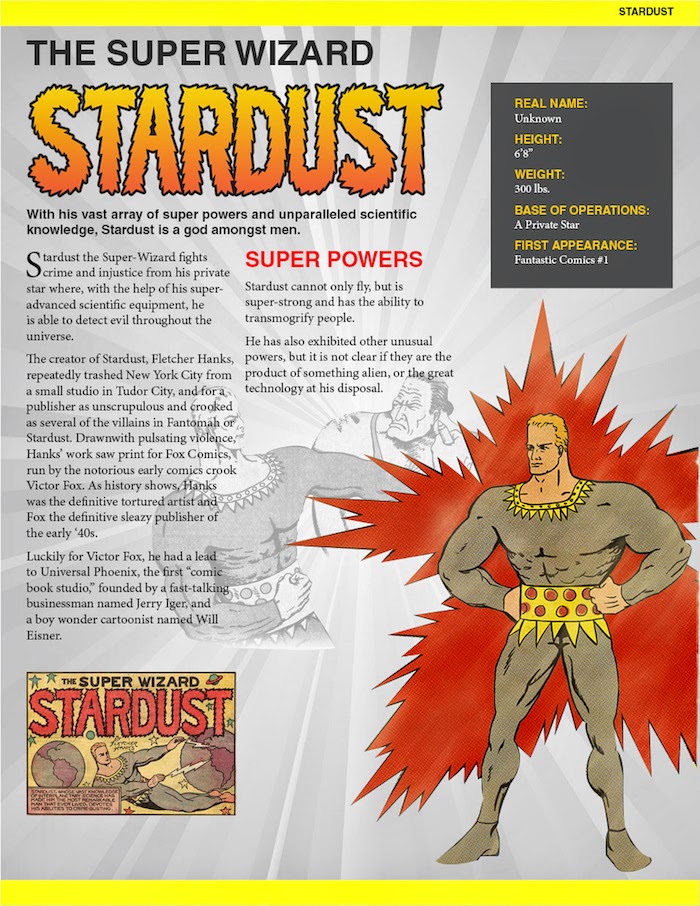