Won’t it be fun to take all the classic sci-fi and horror films with “Attack of the…” in their titles and see what they have in common?

Let’s try it right now.  My territory ends around 1980, so here are all the “Attack” movies to that time, listed chronologically.

I count seven such movies.

With one exception, all the “attacks” are low-budget B-movies, as you’d probably expect.

Interestingly, the exception to this – Attack of the Mushroom People – has the most outlandish title.

Two of the movies feature singular antagonists (a single Aztec Mummy, a single 50 Foot Woman) while all the others feature groups or hordes.

One of the titles – the Puppet People one – is basically a cheat, as the attackers are actually the good guys getting revenge on a mad scientist bad guy who shrank them to puppet size.

In all the other movies, the attackers are the bad guys.

I make more serious comments in my Claws & Saucers guidebook, but I hope you’ll enjoy my little comparisons below.

All of the movies are pretty fun, and several are great fun. 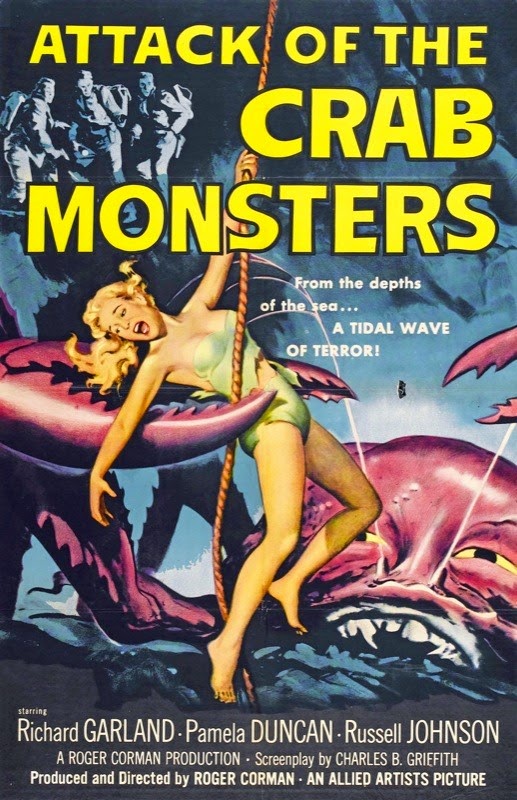 No surprise that the great Roger Corman directs the first “Attack” movie on our list.  Crab Monsters also serves as a textbook example of a perfectly crafted B-movie.  The crab monster puppets look silly at first, but they speak with real human voices, so they become surprisingly frightening.

Trapped on an island, a heroic team of scientists must find some way to fight back.  Russell Johnson – the Professor from Gilligan’s Island – is one of our heroes. 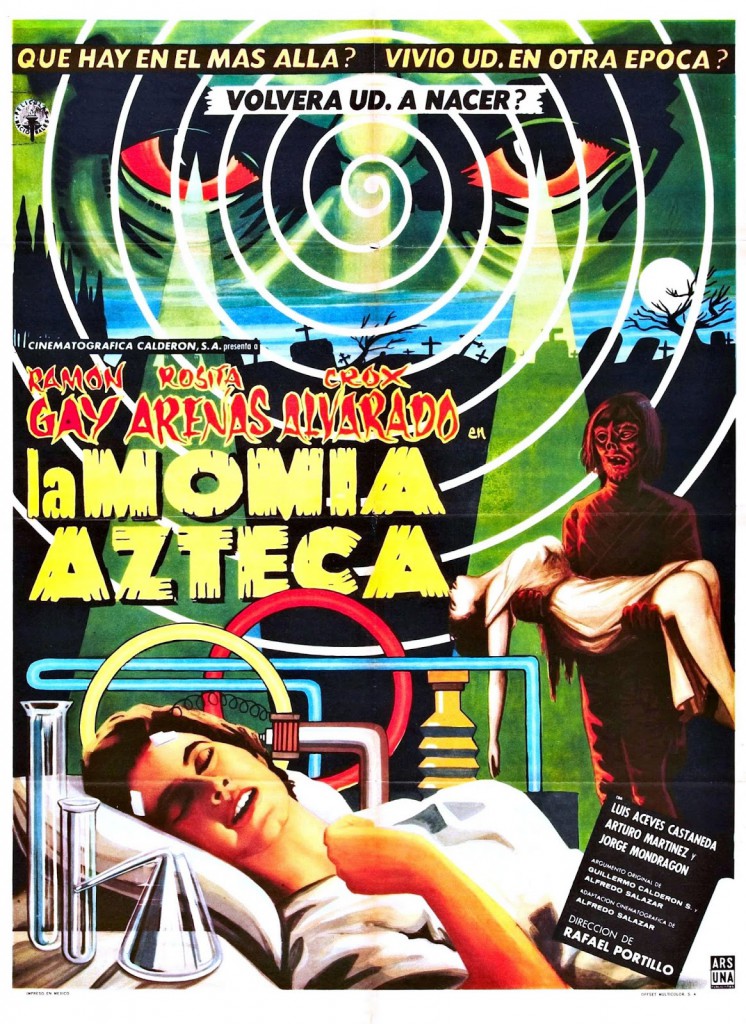 Here’s the lone Mexican entry on the list, the first in a long series of Aztec Mummy films.  It’s a slow, ponderous movie with about five total minutes of action.  But it’s short enough to be worth watching if you’re curious.

The highlight is a weird regressive hypnotism sequence, where the heroine remembers her past life as an Aztec priestess.  The mummy (or zombie, really) is almost sympathetic. 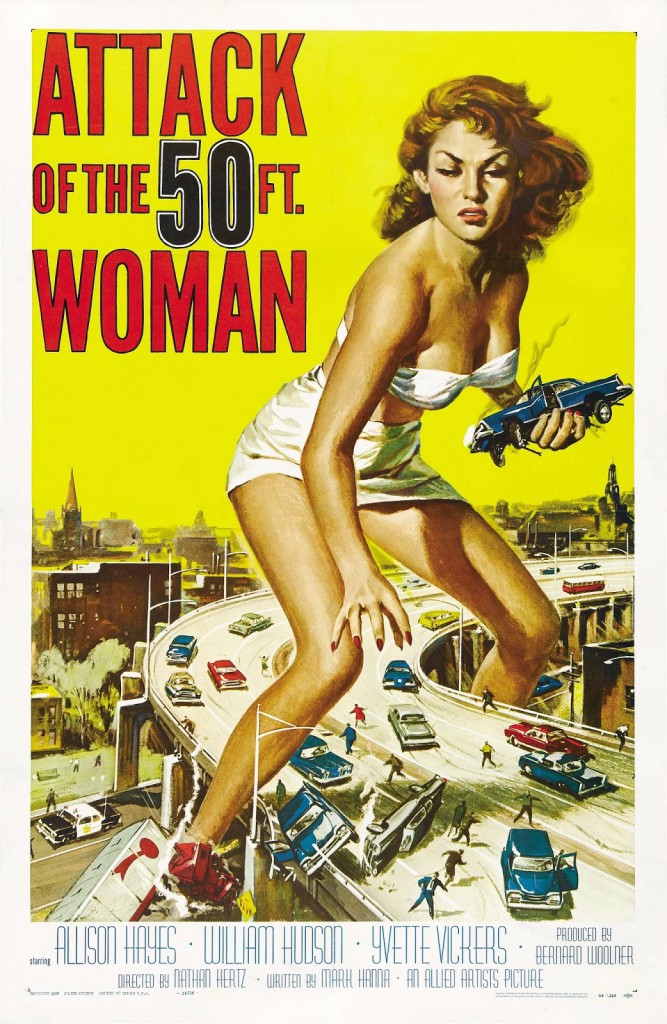 This most famous of “Attack” movies is equally famous for its promo poster art.

Gorgeous Allison Hayes plays the angry anti-heroine, spurned by a two-timing husband but empowered to take revenge after an alien turns her into a giantess.

Action is a little light for some fans, but the whole thing pulses with campy 50s sleaze. 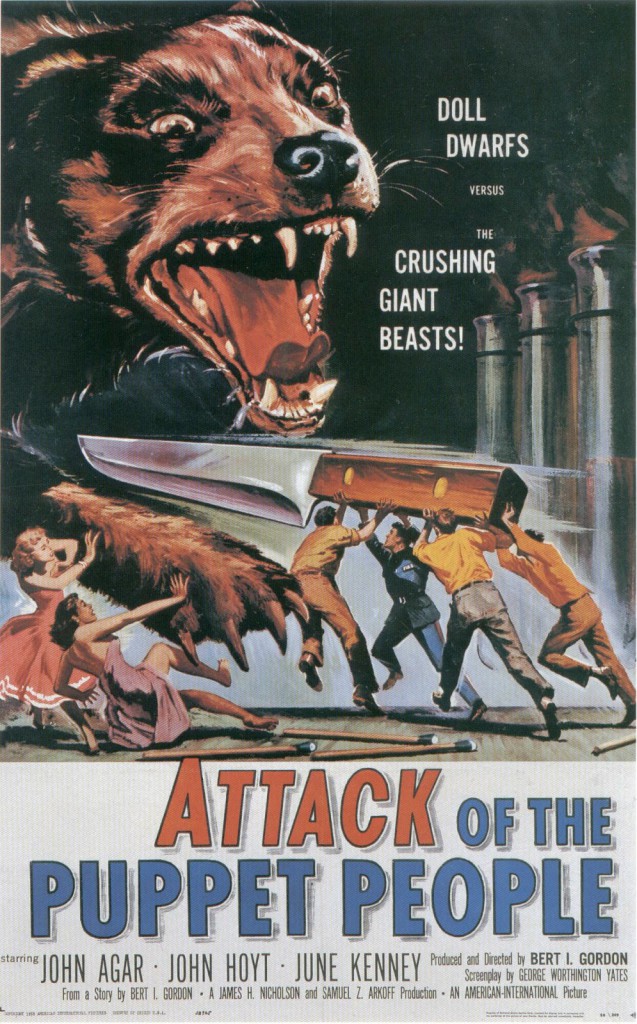 John Hoyt from When Worlds Collide plays the mad scientist (actually a mad toymaker) who shrinks some of his young friends to puppet size so that he can contain and control them.

Yet the madman is sympathetic; he shrinks his friends to ensure that they will remain by his side forever.  It’s almost sweet.  But the puppet-sized people have other plans.

Historically, it’s an anomaly for director Bert I. Gordon (“Mr. BIG”), best known for The Amazing Colossal Man and other B-movies where things get bigger rather than smaller. 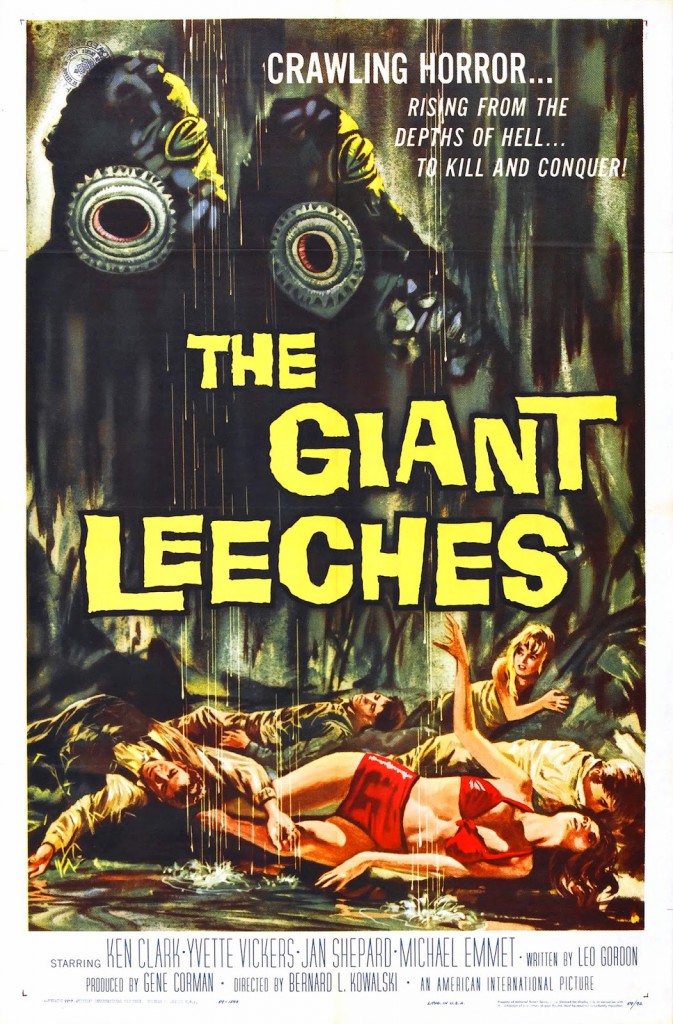 Blonde pouty Yvette Vickers from Attack of the 50 Foot Woman is the highlight of this Roger Corman co-production.  It’s the worst movie on our list, but Vickers wears leopard-skin underwear.

One famous scene depicts the man-sized leeches crawling over their helpless victims in a steamy grotto. 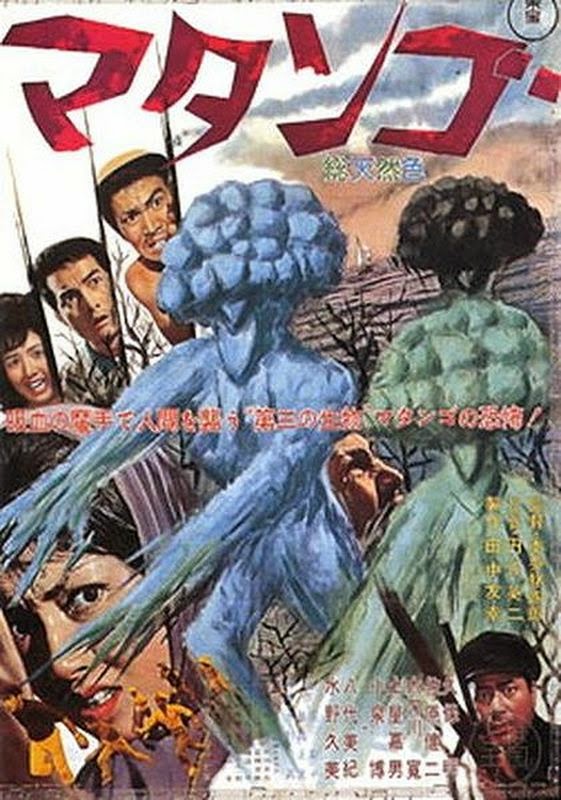 Ishiro Honda (Godzilla, etc.) directs this Toho production with a surprisingly large budget.  Vacationers get stranded on an island with no available food except for strange giant mushrooms.

But if you eat the mushrooms, you turn into… yeah, a Mushroom Person.

It’s eerily serious, apparently intended as an allegory about drug addiction or other temptations.  The sets are incredible, especially a rusted, moldy shipwreck in which the survivors take shelter. 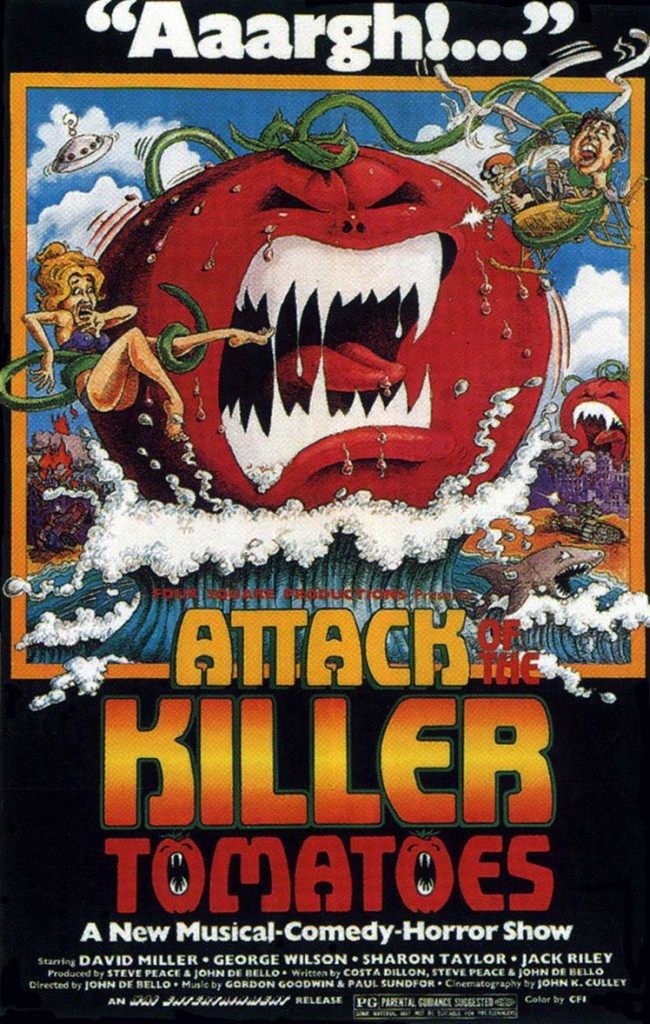 Make sure you’re in the mood for an unrestrained, unselfconscious free-for-all filled with random jokes.  Then pop a cheap beer and watch the famous Attack of the Killer Tomatoes.

Half the jokes still hit their mark, but the other half remain entertaining because they remind us of the nuttiness that was the late 70s.  “Reversals” are the basis for much of the humor: up becomes down, black becomes white, and of course the eater becomes the eaten as the tomatoes devour their human prey.