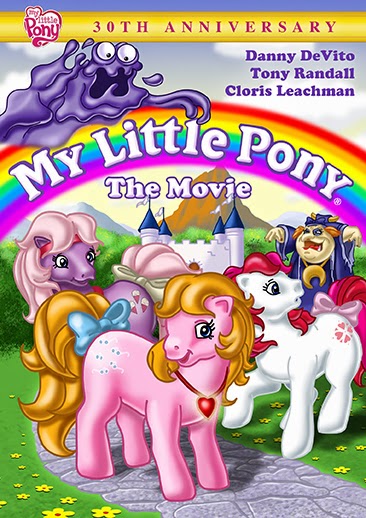 Travel back in time to the 1980s, MY LITTLE PONY-style! My Little Pony: The Movie is coming to DVD on January 27, 2015 in the U.S. and Canada from Shout! Kids in collaboration with Hasbro Studios. The animated film has been newly restored, making Ponyland look brighter than ever!

The first day of Spring is on its way and the Little Ponies are preparing for it with a big festival. But all the fun may come to an end if the witch Hydia has her way! Can the Ponies defeat Hydia and her evil daughters, Reeka and Draggle? More importantly, can they save Ponyland from the witches’ concoction, the strange purple goo called Smooze, that’s threatening to bury the whole town?