For as long as I can remember, I’ve kept one leg planted firmly in comic book fandom, and the other in professional wrestling fandom.

Those are, after all, the two great loves of my life and I spend a lot of my time thinking about both.

That also means I spend a lot of my time interacting with other fans, both in person and online. For the most part, it’s a pretty fun experience. After all, where’s the fun in loving something if you’ve got no one to share it with?

The problem with fandom of anything, though, is that oftentimes you find yourself mingling with folks who are consistently down about pretty much everything.

Nothing seems to make them happy and over the years I’ve come to realize that hardened comic fans and hardened wrestling fans tend to focus on the exact same arguments.

Sure, the names change, but the arguments are exactly the same.  Arguments like…

I Know Better Than the Creative Teams

You’ll rarely meet a comic fan or wrestling fan who came into either product as an adult. Both parties have typically been rabid since childhood and have consumed damn near everything pertaining to their obsession available.

As a result, they’re intimately familiar with the ins and outs of these things they love so much. It’s a fun thing to do and for me, if I love something I need to know everything possible about it. However that kind of intimate knowledge can and often does very often have the negative side effect of fostering the misguided idea that you, the fan, know as much about creating the content as the content creators, despite having never done any of said creating.

Yeah, you see hints of this in all fandoms.

I mean, how else do you explain slash fiction?

But in comics and wrestling, a very important part of expressing your fandom is being at the ready at all times to explain what direction you would take things if suddenly called up by Vince McMahon or Axel Alonso.

And that’s fantastic. It really and truly is because it’s kind of a fun thing to do (ask me about my killer Party of Five/Gilmore Girls crossover idea). But what happens all too often in comics and wrestling is that fans take it personally when they don’t see their ideas magically manifest in the pages of their favorite comics or on Monday Night Raw.

Some people take that passion and start blogs or troll Internet forums. Others take it and put in the legwork to try and get positions where they can actually affect the changes they’ve always dreamed of making.

In comics, you see this all the time. DC would be better if Dan Didio were gone. Marvel would be great if not for Joe Quesada. It’s nothing new and if you dig hard enough you can probably find an old fanzine from the 60s where the writer is bitching about how Stan Lee is ruining what was once a bastion of quality monster and romance comics.

In wrestling, it’s the same. 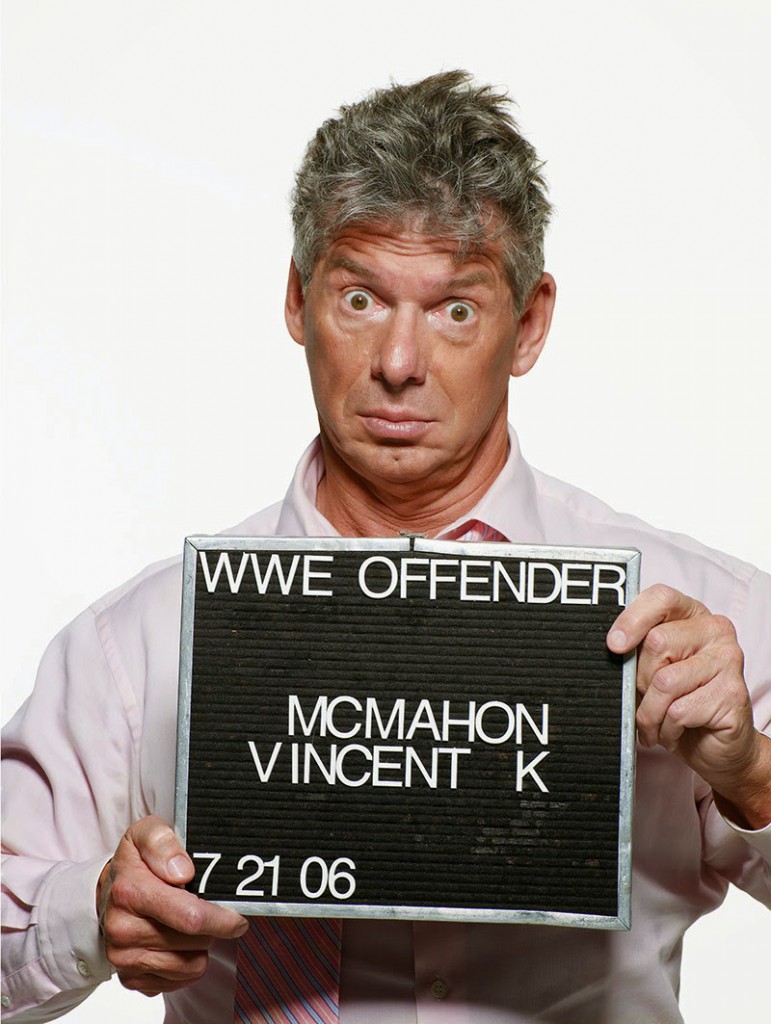 These days, you pretty much only hear fans bitching about how out of touch Vince McMahon. But back when WWE wasn’t the only game in town fans loved, loved, loved to gripe about Eric Bischoff.

Why do comic fans and wrestling fans exist in a constant state of wishing someone else were in charge?

It’s hard to tell but I think it comes down to loving something so much that impossible standards are set and then locked in place. Fandom gets this Platonic form of a product that doesn’t actually exist. Or, you’ll just see this want to lock one specific moment in time in amber.

Can you argue in favor of any of those statements? Sure you can.

Are those statements hard fact? Absolutely not.

But whatever you do, don’t tell that to hardened fans.

I was at a Fantastic Four panel at Heroes Con in Charlotte a few years ago. This was around the time Johnny Storm was being killed off and writer Jonathan Hickman was talking plans for the book going forward. It was a cool panel and things were in a pretty solid groove.

Until one fan went off on how Nightcrawler needed to be given more attention.

On the flip side, in pro wrestling, it’s pretty much a competitive sport to suggest anyone and everyone both young and old be placed in the spotlight other than John Cena. Seriously, you could go to any wrestling message board right now and announce that you think Nikolai Volkoff should be pushed over Cena and you’d probably be named king.

Again, this is what happens when you love something to the point of obsession.

You hit a point where you can’t really enjoy it anymore because you’re not only perceiving flaws, you’re actively looking for them. Not because you’re simple a nitpicker as some would say, but because you just want this thing you love so much to be the best it can be and that includes the very subjective notion of focusing on the characters who’ve managed to stoke your interest.

Then again, it would be kinda cool if a 67-year-old Nikolai Volkoff were to be made the face of WWE…