Children are wonder, but not for all the reasons you think. Sure, they are the closest you can come to immortality. But the best part of children isn’t the creation of a new being that will offer you unconditional love and financial burden for 18 years. It’s the fact that there is this little human in which you can inflict your will.

Everything you love about yourself, every hobby you adore, every song, book and comic you ever loved can now be forced upon another being. And the best part is that there is little they can do about it until they become mopey teens.

If you are reading this site, chances are you were a reader as a youngin’.

Like any true geek, your love for sci-fi, computer science, superheroes and/or Japanese culture probably all began with books.

And now, many years later from when you picked up your first copy of The Giving Tree, you want to share your wealth of knowledge and personal tastes with the wee ones in your life.

But before you run out a buy every book from your childhood to give to your son/daughter/niece/nephew/godchild-of-that-drinking-buddy-who-only-chose-you-because-you-made-a-bet-after-all-those-shots-that-one-time, please take time some time to pause and reflect.

Where those books as fantastic as you remember? Were they are innocent?

Perhaps you should go back to read a few before you head out for a night of babysitting and bad choices.

In The Night Kitchen by Maurice Sendak 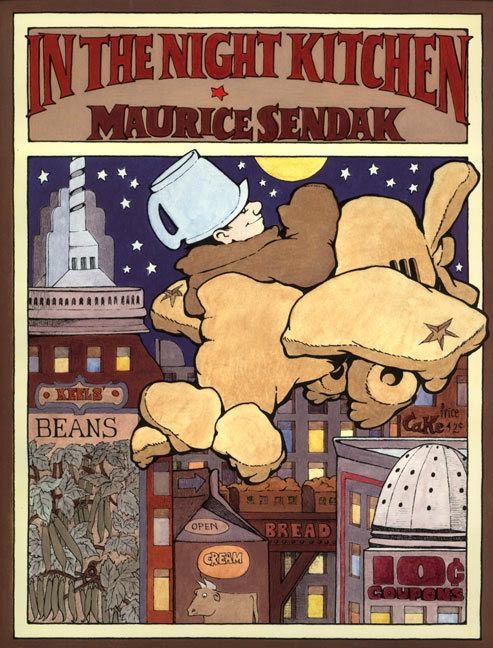 Hungry? Want a late night snack? Well, if you do, a group of happy, possibly cannibalistic versions of Oliver Hardy will try to turn your ass into ingredients for their human-flavored cake. Oh, all your be naked the entire time.

Hope that snack was worth it.

Lessons learned: If you leave your bed at night, you might be killed by people who hang out in your kitchen when you are asleep.

Outside Over There (also) by Maurice Sendak 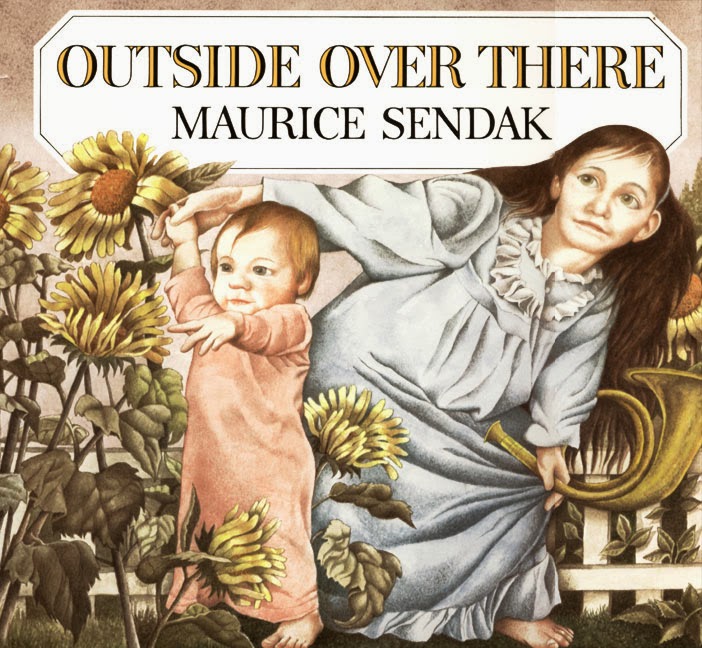 Influenced by the Linderbergh baby kidnapping, Sendak decided that the heartwarming true-story tale of child abduction would make a delightful children’s story.

After Goblins kidnap Ida’s baby sister, they replace the adorable toddler with an ice baby, a remarkable facsimile except for it’s sightless dead cold zombie eyes.

Look! Look into the horror of the Ice Baby!

Sidenote: The movie Labyrinth is said to be loosely based on this little tale. But in lieu of an Ice Baby, filmmakers opted to traumatize kiddies with David Bowie’s junk.

Lessons learned: Aaaaaaaah! The horror! Look away!  Look away!

The Giving Tree by Shel Silverstein 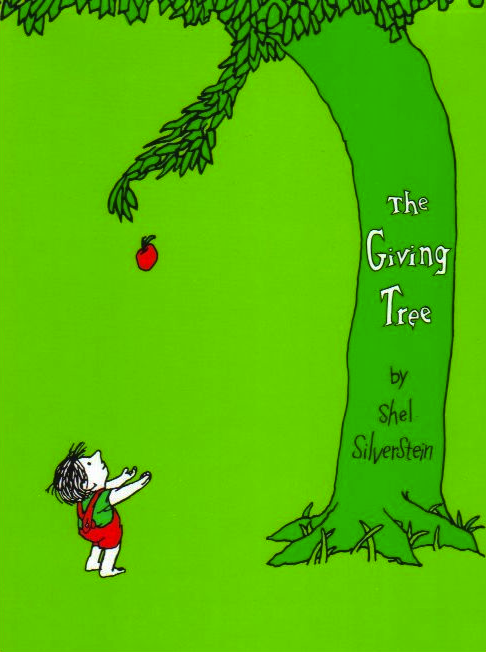 Shel Silverstein is a goddamn poetic genius. Even as an adult, every single person should own Where the Sidewalk Ends.

That being said, the main character in The Giving Tree is a greedy son-of-bitch who took and took and took from the martyr plant until nothing was left but the stump. The tree might have loved the boy, but the boy treated the tree like a free sample booth at Trader Joes, hovering around until more free stuff was available with no regard to the giver.

Think this is a tough assessment of a beloved children’s tale? Let me ask you this: Did the jive turkey ever say “Thank you”?

The Berenstain Bears and the Bully by Stan and Jan Berenstain 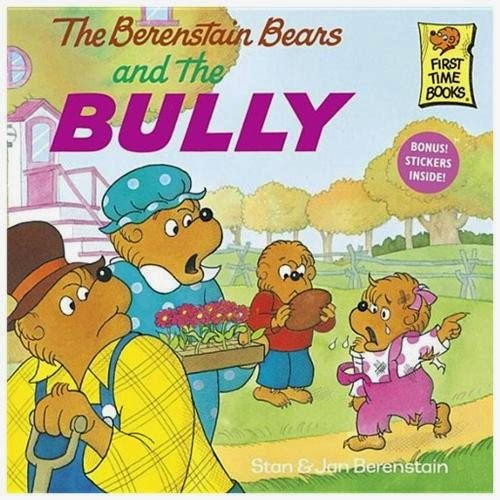 You know what solves all sorts of problems? Violence.

Sister Bear, who was probably getting picked on because the authors were too lazy to give her a proper name or because of her mama’s odd attachment to mumus, gets into a fight at school. But rather than talk it out with adults or tell a teacher, Brother Bear teaches her to through a few sucker punches, which solves everyone’s problems. 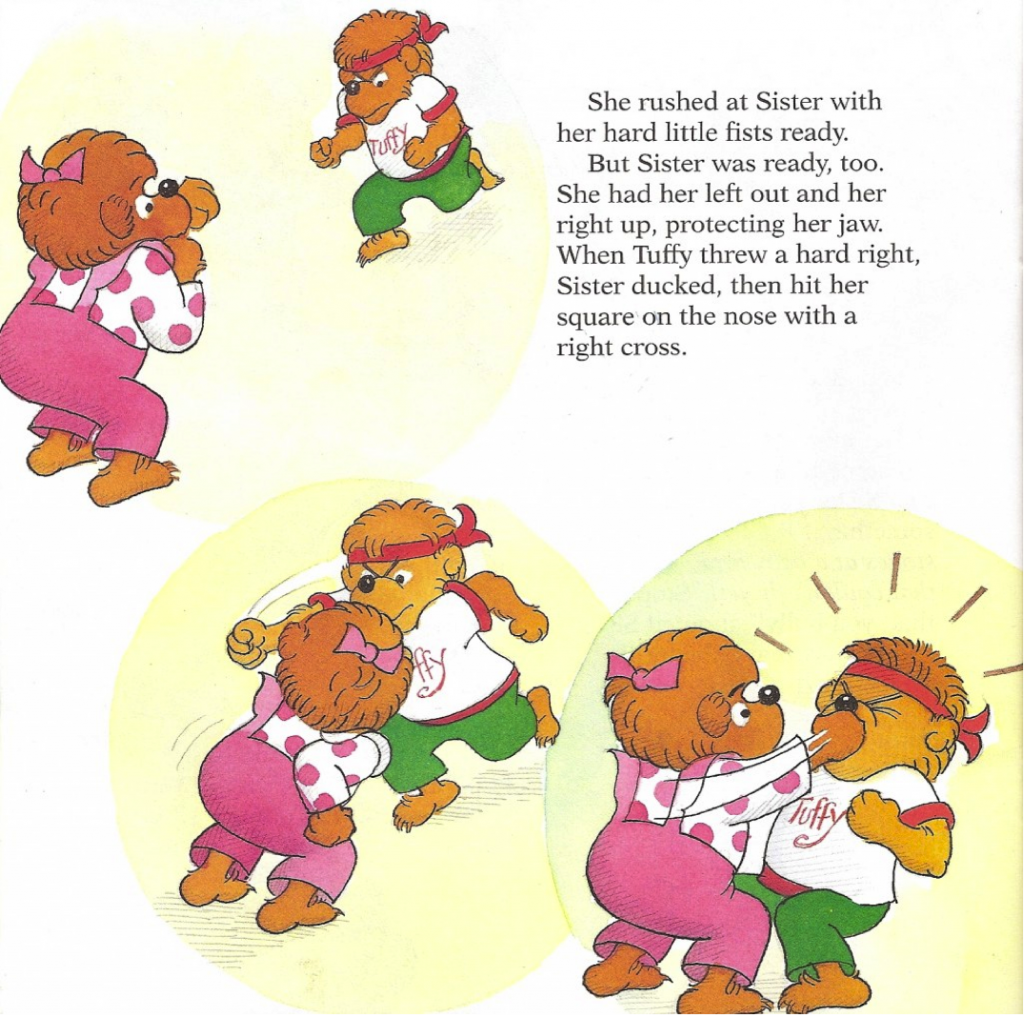 Lesson learned: If you have issues with someone at school, wait until his or her guard is down and take a punch when you can.

Lessons learned:  Hitting others is a good way to work out your differences

Scary Stories to Tell in the Dark by Alvin Schwartz 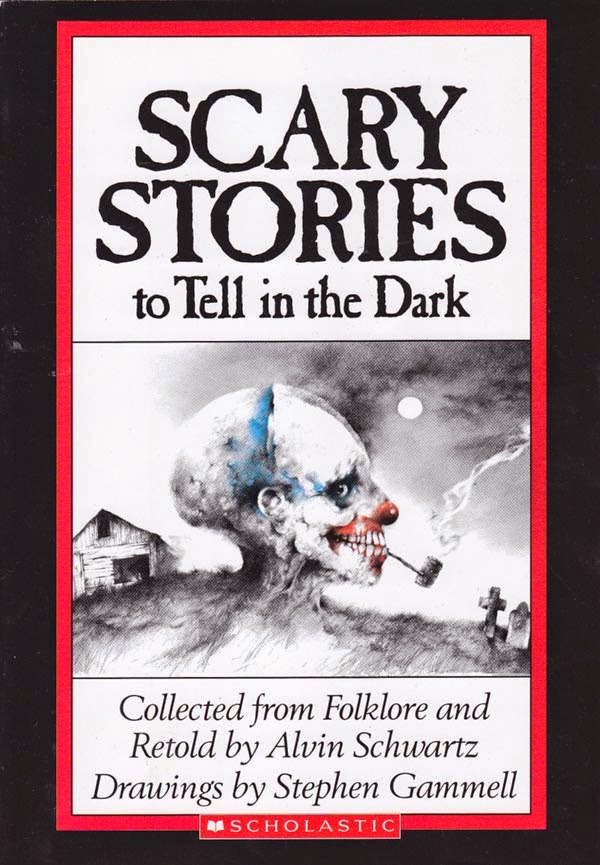 If Scary Stories taught kids anything, it’s that sleep is overrated. A mixed bag of horror stories featuring headless newlyweds, hook-hand serial killers and man-eating spirits, the tales themselves might have been just entertaining on their own. But the what-the-fuck pencil drawings that accompanied the bite-size stories of horror gave the book adding an extra special dose of terrifying.

I have no doubt that many of those images would reappear in countless Rorschach tests for years to come. 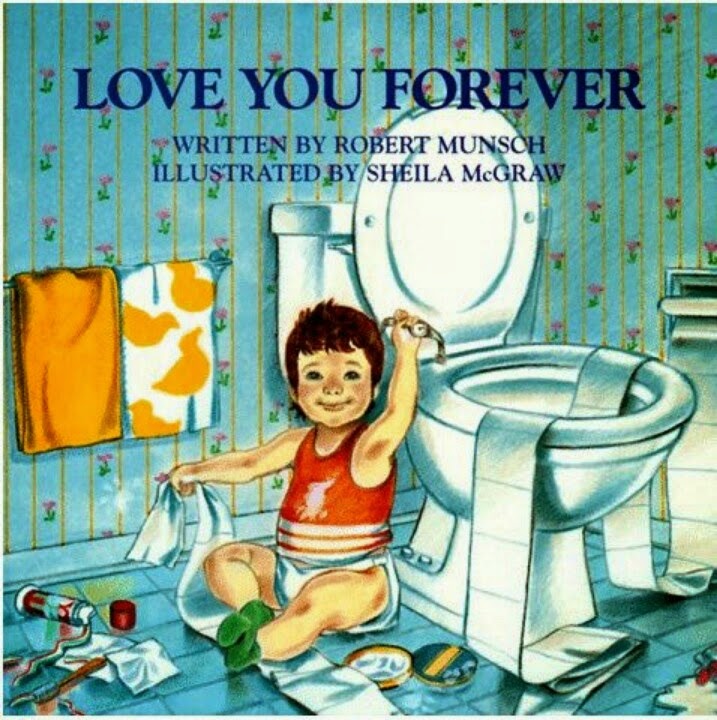 While well meaning, Love You Forever is a book that pretty sets the stage for any male who looks to Norman Bates as a sound role model. Starting off innocently enough, a mother loves her only son, an adorable precocious child with a love for making messes.

However, as her son grows up, rather than go back to work, develop a hobby, rediscover her friend circle or begin drinking again, the now-older mother takes to stalking her young son, spying on him during his sleeping hours.

Finally, in her twilight years, her overly-protective ways finally break the boy, who takes solace in the arms of the only woman that ever truly loved him.

While the message was meant to praise mothers for their unconditional love and invoke many, many feelings, the final image of a grown man snuggling a senior citizen is just off-putting.

Lessons learned: No woman will love you as much as your mother. Ever. So stop trying.