When you think of Santa Claus, do you think of devils, robots, and/or enslaving children of all nationalities?

Santa Claus (1959) is perhaps one of the most horrifically terrifying and profoundly stereotypical movies of all time. Made in Mexico and then dubbed by K. Gordon Murphy productions, this film is sure to torment. However, once the Rifftrax guys lay down their track on it, the deplorable film actually becomes enjoyable. Kevin Murphy, Michael J. Nelson, and Bill Corbett have officially made this crash and burn a Christmas classic.

MST3K fans, aka MSTies, are more than familiar with this flick. As this isn’t the first time they’ve covered this Christmas caper.

Back in season five of Mystery Science Theater 3000, they took on a highly edited version of Santa Claus. Alarmingly only for time, not content. And believe you me, they SLEIGHED the hell out of it both now and then.

The plot is, how shall I say this…. bat shit crazy frosted with holiday shenanigans?

Sure, that sounds apt. Santa Claus keeps children from every country holed up in his CASTLE IN THE SKY. Not the lackluster North Pole down on Earth, cause that’d be too passe.

Does he force them to sing songs from their specific countries?

Are they dressed in stereotypical and occasionally racist garb?

Are the children there by their own volition?

Then there’s Pitch. A dancing fool of a devil. He stands in really creepy positions and often trips over nothing. I assume for the sake of humor. Or more likely some distant relative of humor. He also blows on kids as they sleep to give them nightmares in order to make them to do evil things. The prior is a sentence in which I never wanted to write. 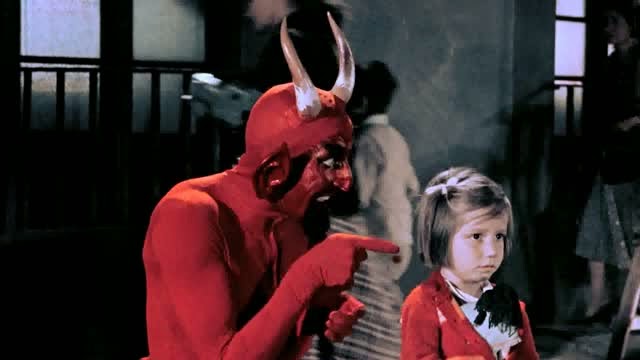 His devious plan is to ruin Christmas by keeping Santa from delivering presents. While Pitch waits for his jolly enemy, he convinces a little girl to steal a dolly and ultimately causes three boys to tussle. PURE EVIL, THAT ONE. 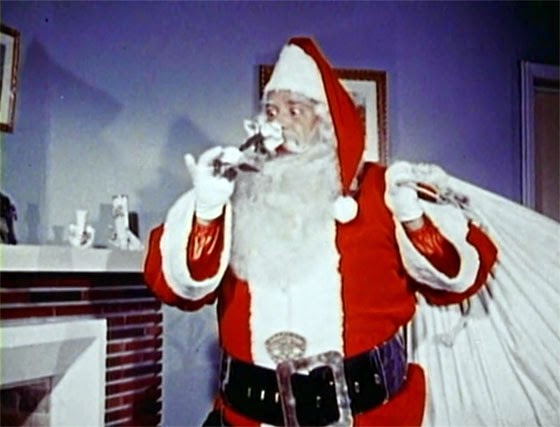 What with his child owning ways and use of magic. He calls upon Merlin to make him magic potions, flowers, and powders. Don’t ask me why Merlin now lives in a castle in the sky with Grandpa Claus. Santa waits until the absolute last minute to deliver the worlds presents.

Thank goodness the children were there to do the manual labor of loading them onto the sleigh.

Now, if things go awry on Earth, he can use his fancy future technology to keep track of any naughtiness. This technology consists of an oversized sponge mouth, an eye on a cord, and an ear on a fan.

And finally, once you add the Rifftrax guys to the insane holiday mix, the laughs are undeniable. They prefaced the film, which the guys lovingly refer to as “the Inception of Mexican Christmas movies,” with a short called “Sugar and Spice.” Essentially, the short consists of a handful of kids from the 1950s making sugar eggs which they then decorate and frost. That being said, these kids are talentless hacks and the guys rip into them repeatedly. Rightly so, damn kids.

The Rifftrax fellas dominate Santa Claus. Having seen the MST3K version they did from 1993, I honestly think they outdid themselves. I heard folks in the theaters chatting after the show and I heard, “This was just as good, if not better than their version of Sharknado!” That’s truly saying something, because Sharknado is perhaps their best riff-fest to date. I 100% agree. I actually cried from laughing at this Rifftrax Live event. I couldn’t have been more pleased with their quips.

Some of My Favorite Riffs from Santa Claus:

“Hate to tell you this, but Mexican credits are like pesos. For every one American, there’s like fifteen more.” -Mike

“This is the dancing equivalent of the last sketch on SNL.” -Kevin

“That makeup is great! You can’t even tell it’s Ron Perlman.” -Kevin

“Come along son, we don’t want to catch “the welfare.”” -Bill

If you still have yet to make your way to a live event with Rifftrax, I highly, highly recommend it.

Plus, if you don’t go, Santa will know. He sees you when you’re sleeping. He knows when you’re awake. And if for some reason he doesn’t see you being naughty? Well, the sponge mouth will know.

The sponge mouth will always know. 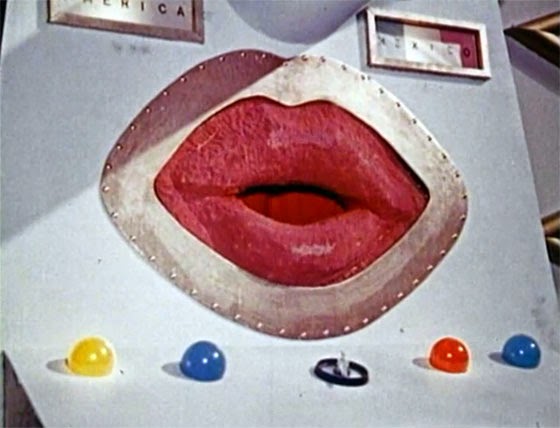