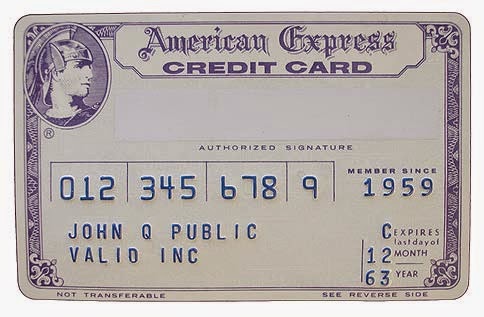 Believe it or not, I actually remember a time when there was no such thing as an ATM. Yep, the only way you could get money (and pay for things like food, beer or comic books) was to physically GO TO THE BANK in order to get some moolah or pay for your stuff with a check.

That was it…those were your options.

Ever see a liquor store on a Friday night before closing? Now superimpose that image onto a bank at 5pm on the same night and you will begin to understand why we weren’t in the kind of financial debt we are in now.

WE COULDN’T EASILY GET TO OUR MONEY!!!

And credit cards? Hell, most everyone I knew didn’t have one (My mom didn’t get one until the 90s when they were handing that shit out like Halloween candy and now she has a wallet full of them). The idea of buying something now and paying for it later was a concept that seemed, well, a bit rich to my parents generation (at least at that time). And considering they were the offspring of people who lived during the Great Depression, it made sense. You bought what you could afford or saved up for those things that you couldn’t.

Even the marketing of credit cards implied a lifestyle outside of the social norm.

While today’s ads are all about purchasing stupid stuff like shoes, movie tickets, or a meal at a diner, the credit card commercials of the 60s and 70s were geared more to the kind of people with a six figure income (and remember, this is back when the median price of a house was $16,500) who could experience the types of implausible issues that the following American Express commercial implies.

And while it’s sort of a craptastic reminder that the 1% have always had a different sort of life than the rest of us, it’s kind of depressing to realize that today, we, the 99%, spend the kind of money that we would have scoffed at 40 years ago for being outrageous.

There’s a lesson in that I think.

In this article:60s, Advertising/Marketing, Watch This