I had this realization about myself in the last couple of years.  For me, it’s all about the Holiday Season.

Not the day of Christmas, but the month and the days leading up to the big day, all those moments that shouldn’t be special, but end up feeling that way because the time of year.

The decorations, the lights, the atmosphere and little universe created, for just about two months of the year.  Honestly what feels more like Christmas, sitting with your family on the big day arguing over how do serve this food or that, taking discarded wrapping paper out to the trash… or is it two weeks before on a calm weeknight, when its just you and yours curled up to the TV to get in a viewing of a Charlie Brown Christmas? 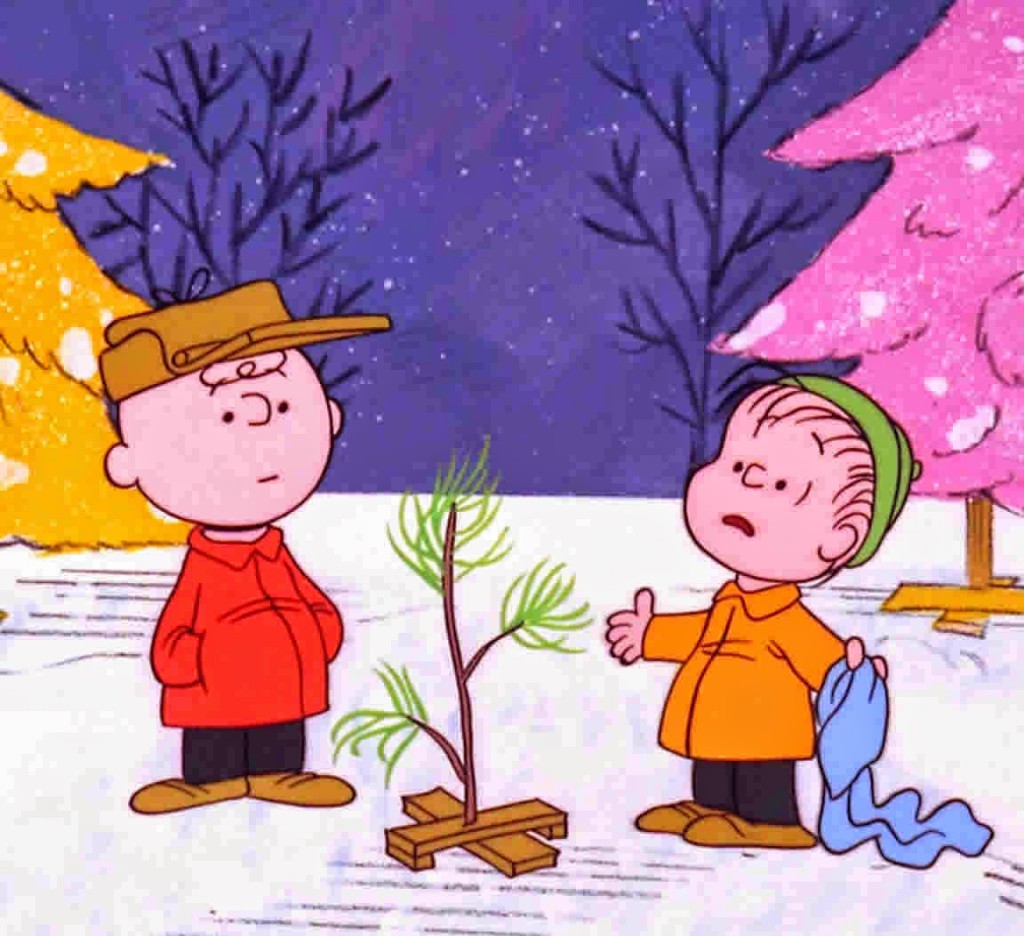 Well, for me I’d argue the latter has a little more magic and warmth to me.  And that being said I thought for the season this year I’d take a look at my top ten favorite TV Characters dressed as Santa.

Like Santa, they exist on some other plain.  And like us, they sometimes celebrate the holidays too.  There have been hundreds of TV Christmas specials, hundreds of Christmas episodes of programs, from cheesy and heartfelt to cynical and mean spirited.

I think for me, I connect most with the characters that shouldn’t embody the spirit of Christmas… all decked out in Santa’s garb. 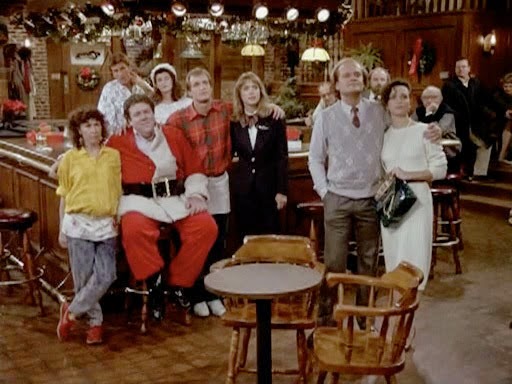 I love it when the Santa Suit is carefully included into the plot, It would have been easy to just toss Norm into the suit given his stature, but the reason he was in the suit was good story telling, like Cheers often did.

9. The Joker from Batman The Animated Series 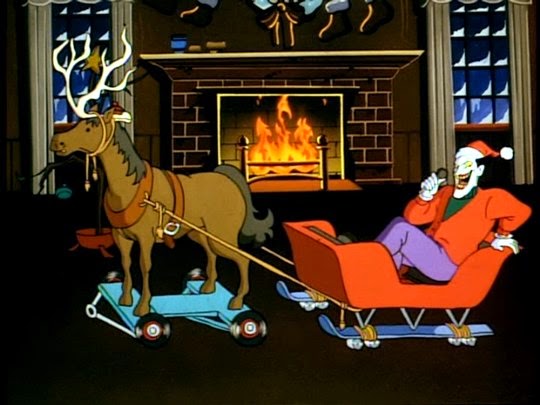 The classic feel of Batman The Animated Series often called back to the era of classic TV, in this case, we enjoy the Joker, classic TV style, in his holiday garb, engaging the TV viewer… the citizens of Gotham.

8. Michael Scott from The Office 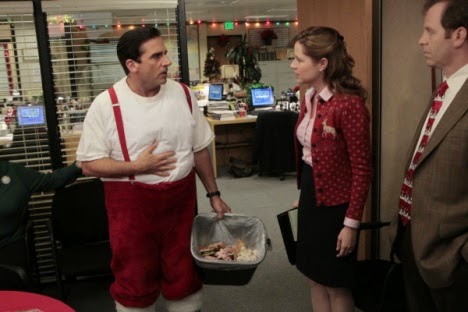 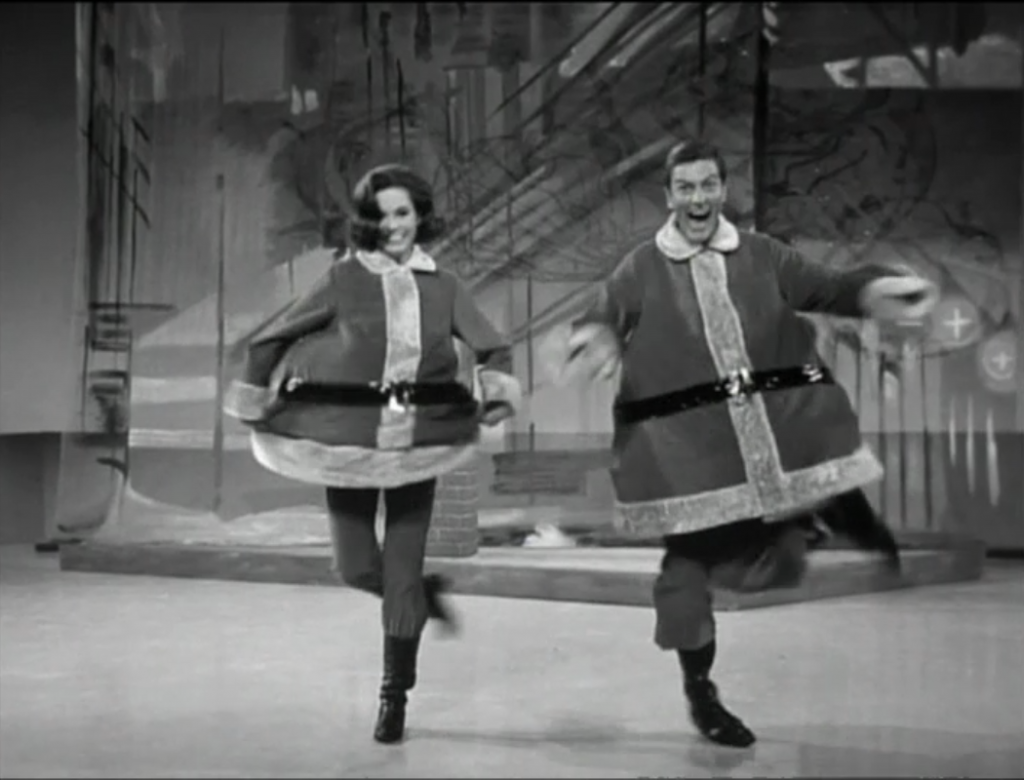 Mary Tyler Moore may be the cutest Santa I have ever seen ever. That is all.

6. Bill Dauterive from King of the Hill 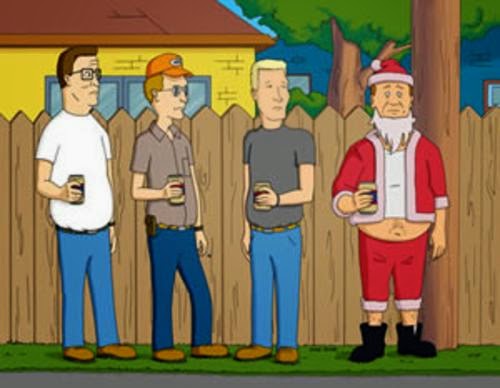 The storyline for this episode of King of the Hill is so strange, poignant and sad, and yet hilarious, it’s a perfect look at the dark side of Christmas. 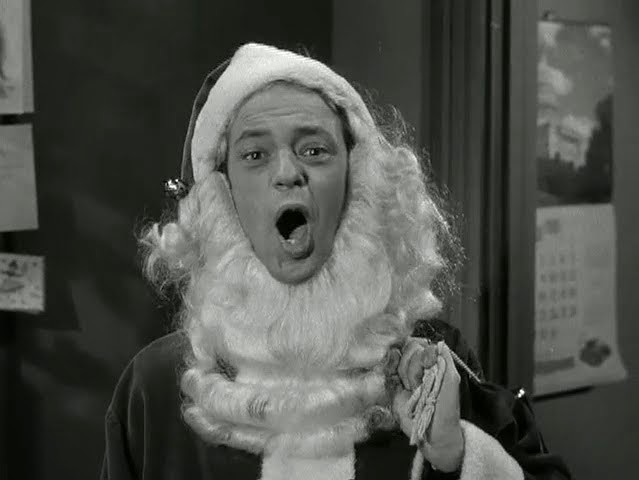 They just don’t make ‘em like Don Knotts anymore. He will always be a legend, a legend dressed as a legend. I’ll take it. 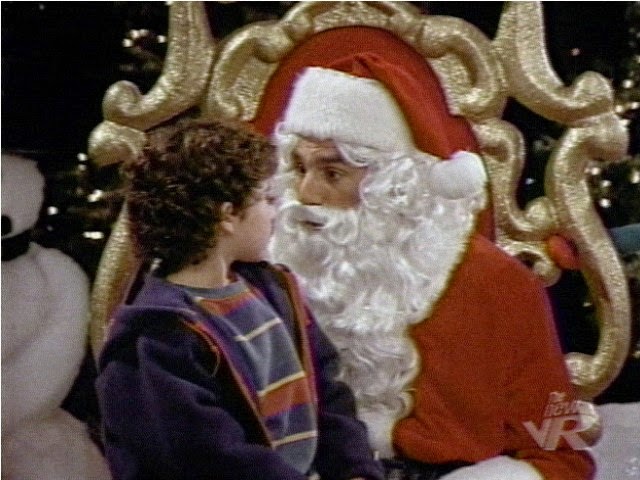 Arguably one of the best Kramer moments/schemes in all of Seinfeld. “This guy’s a Commie!!”

3. Lucy and crew from I Love Lucy Holiday Special 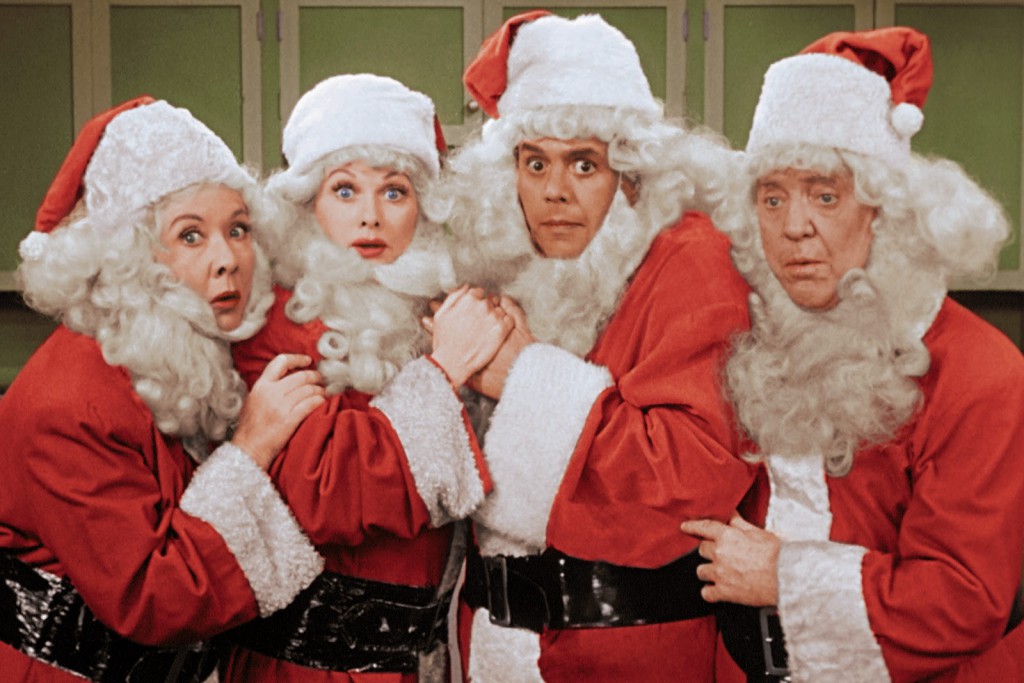 It would be enough to get Lucille Ball in a Santa Suit, but in the perfect showmanship that was I Love Lucy, you get everybody in the classic attire. Like Dick Van Dyke, Lucy and Desi took the opportunity for the holiday to do a sort of variety show, a clever gimmick creating classic still enjoyable television and holiday viewing. These classic shows were so well done, they remain timeless. 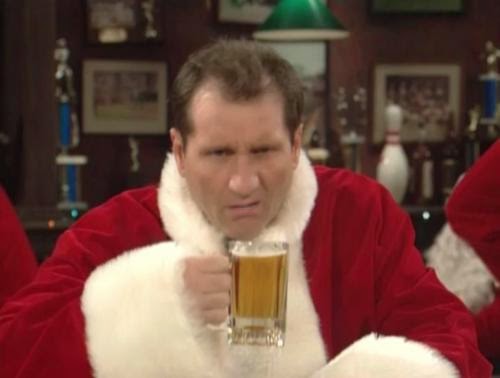 It was so hard for me place Al Bundy as number two, I really wanted him in the number one spot. The first Married…With Children Christmas episode with Sam Kinison is one of my favorite holiday specials of all time. The mood and satire of Al Bundy can’t be beat for the holidays. When you have a character like Al… well, him grumbly over a beer in his Santa suit, that is comedy my friends.

1. Homer Simpson from The Simpsons 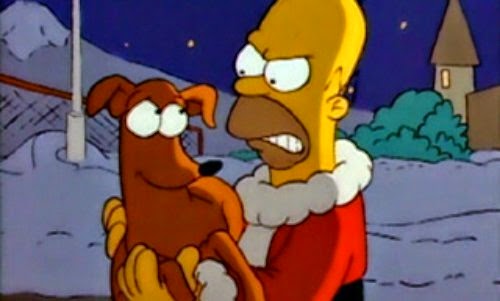 And at number one, probably not a surprise to many… is Homer J Simpson. For many reasons, Homer working as a Santa after his shift at the power plant to get Christmas Gift money for the family is very sweet. It’s what the season is about in a satirical way.

But I think why I am so fond of seeing him in this outfit is what it means on a larger scale. It was the first proper episode of The Simpsons, the beginning of The Simpsons as a cultural and entertainment movement that has lasted 560 episodes and 26 seasons on TV. They take great care to tell a Holiday story once a year, and although you can argue quality varies, often their message and theme couldn’t be better.

And it all started with Homer, in that costume at the racetrack…

Now don’t worry, just like Santa I have a few more surprises for you… This list was tough and the only way I could complete it was with some honorable mentions.

The Eleventh Doctor, Doctor Who 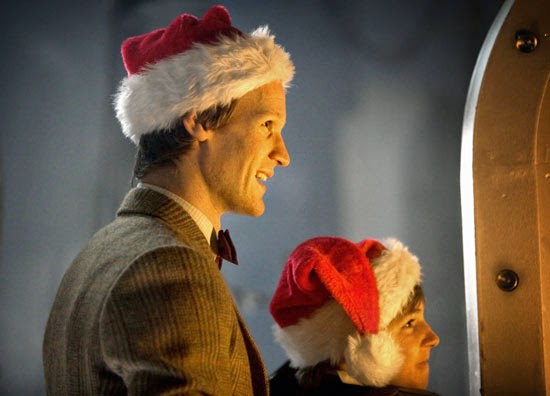 The Doctor Who Holiday Special is such a fantastic idea, I’m so glad they’ve kept up with it these last years of the modern series. And although the themes are always there, you don’t always get the Santa treatment… well, Matt Smith in the Santa Hat is pretty darn close. 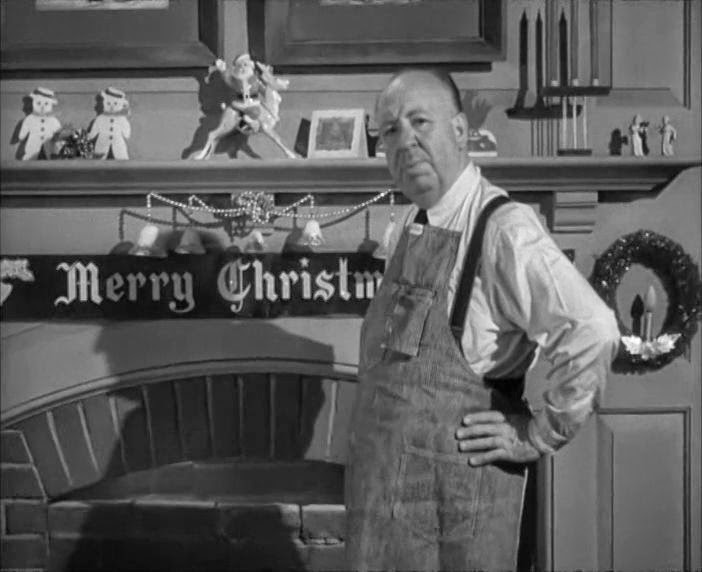 Prepping for the holidays, waiting with his wit for Santa… doesn’t get better than that! 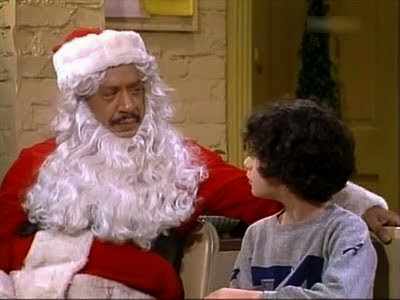 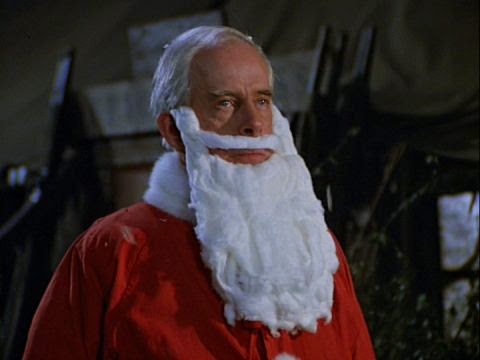 No show balanced heartfelt drama with comedy better than M*A*S*H. If you want your holiday heartstrings pulled, just check out the episode in which Col Potter dresses as Santa.

Finally… Mr. T in a Santa Suit (I’m assuming from around the time of the NBC Holiday special) along with First Lady Nancy Reagan. You can’t top that!! 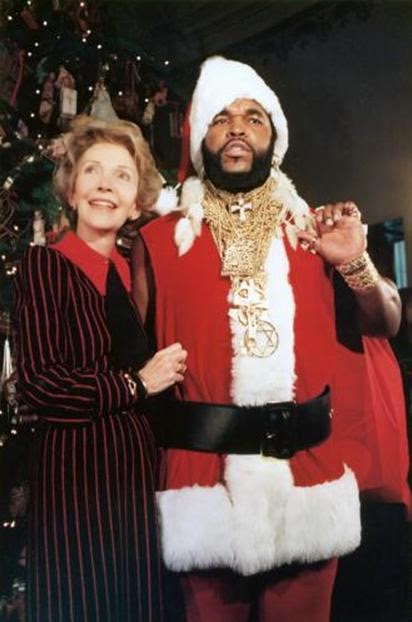 Or can you… Paul Lynde as the Easter Bunny comes pretty close!! 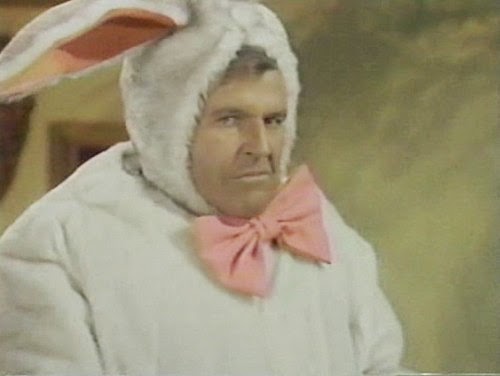