The blogging world seemingly lost it’s mind last week when a viral image popped-up and gave the impression that Batman v Superman was going to be split into two films. An aspect that didn’t seem impossible at the time as the film’s shoot was a lengthy one. Even though the itself image could have been easily faked by anyone on the internet and it’s origin should make it automatically suspect.

For a moment let’s humor the idea of a secret Batman film coming out in October, why would Warner Bros. hide this from fans?
Warner Bros. is gambling big with Batman v Superman, pitting their developing cinematic franchise against Marvel’s established one. A lot of things could go wrong and totally mess-up their plans, as their announced DC Comics movie slate is 100% happening at this point. Some films could get replaced by others or could be place-holders for WB establishing release dates early. A tactic we’ve seen Marvel Studios use to their advantage recently. Although, Marvel isn’t announcing films unless they are sure they’re getting made to meet those dates.
Announcing a Batman centric film would greatly help establish this new shared universe.

Let’s be honest, Wayne is the most important hero in the DC ranks currently.

Yet, they decided on making this precursor to Justice League a priority. I highly doubt this split was anything more than a fan’s wet-dream. 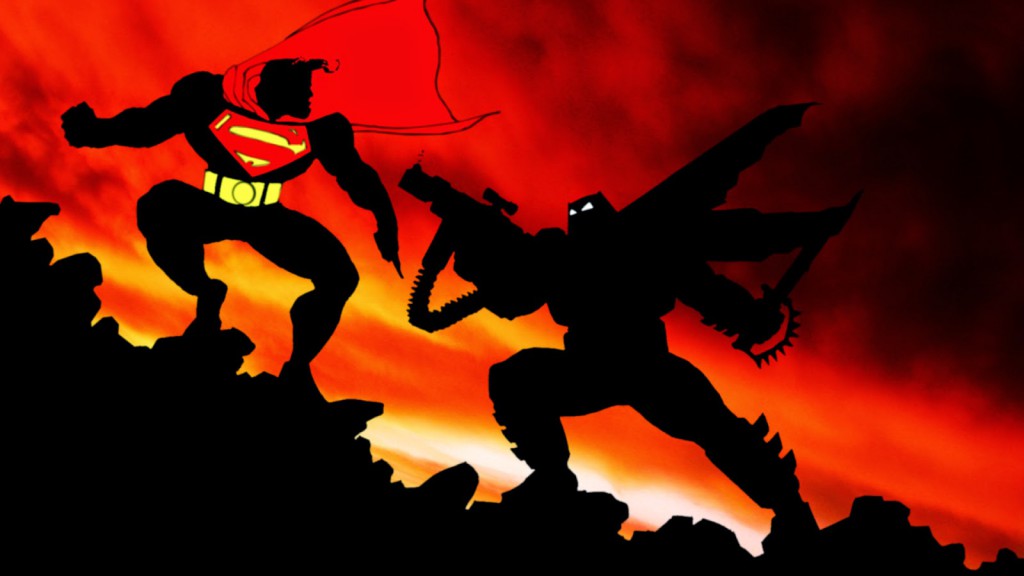 We had heard that originally a bulk of the shoot would focus around Bruce Wayne and Batman’s exploits that didn’t involve the other heroes.

This was likely from David Goyer’s script before it’s major overhaul by Argo‘s Chris Terrio. Frank Miller’s comic The Dark Knight Returns is heavily influencing the film which had Batman as the centric character so this wasn’t too shocking.

The two Batman suits we’ve seen are also direct designs from Dark Knight Returns. I have assume the rewrites from Mr. Terrio were to include the other three heroes into the Miller inspired story. 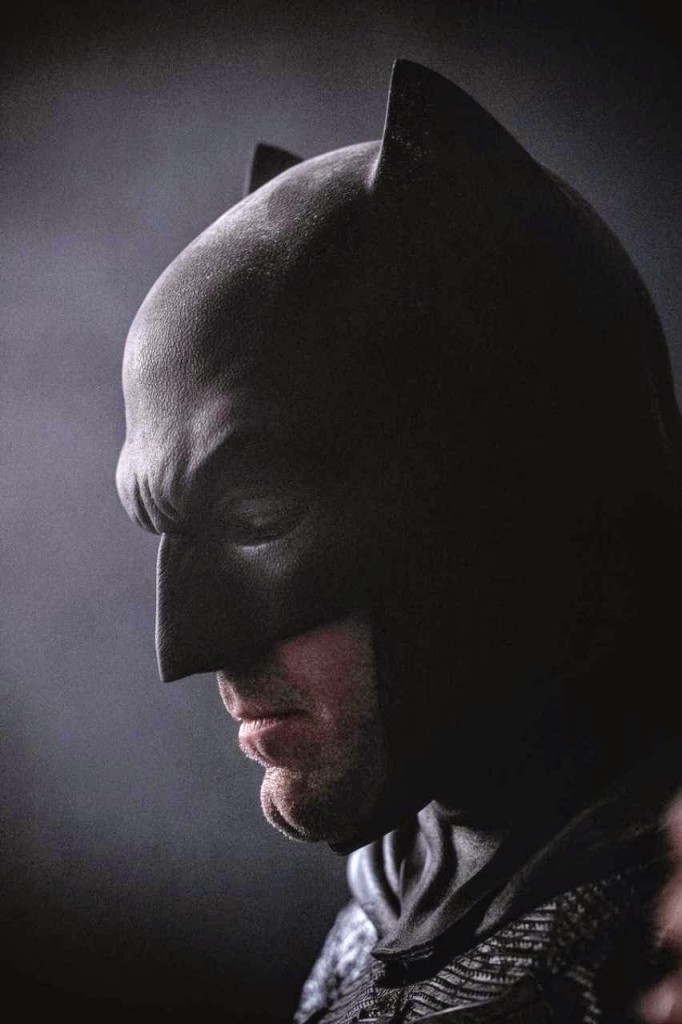 It’s been confirmed we’ll be seeing Batman’s origin yet again, as Jeffrey Dean Morgan will be playing Thomas Wayne in the film. Director Zack Snyder is indeed putting his stamp on the new Batman franchise. An aged-up Batman is also a part of the film’s story having him grizzled and working behind the scenes for a long time.

Another call-back to Miller’s comic that supports claims the film could lean more towards Batman.

However, Badass Digest being familiar with the film’s script pointed-out there wasn’t enough in it to suggest a two film split.

The mid-point of the film is a fight between Batman and Superman which according to them this isn’t big enough to be used as a final act. While the final action scene of the film would likely overshadow that tiff in the middle. This is somewhat more proof that a split isn’t going to happen.

If the script wasn’t weighted enough why would Warner Bros. would try turning a risky film like this into two parts?.
We’ve seen big films turned into two parts as a trend with Hunger Games: Mockingjay, Avengers: Infinity War and Justice League. The ones getting split-up are from well established movie franchises and even by the time JL comes out we’ll be three films into the new DC cinematic universe.
My biggest issue being that Dawn of Justice is already a risky premise since they’re setting-up three other heroes in the film with Wonder Woman, Aquaman and Cyborg. There isn’t much point to ruin the film by cutting it off and having it become this sprawling two-parter. Since it’s actually more or less our introduction to this new shared world Zack Snyder has created. 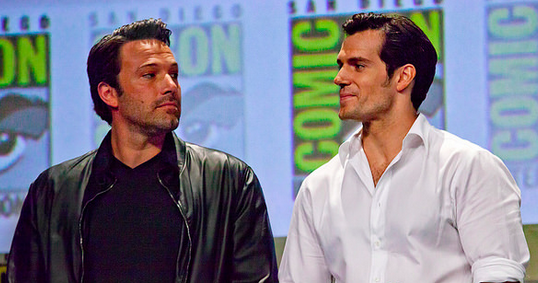 Superman himself Henry Cavill has just confirmed to Variety that the film indeed will be released as one film and two as the recent rumor suggested. While actors are usually compelled to put up a front to press, this seems a bit more substantial since this is a leading actor from the production and not some random person starting rumors. 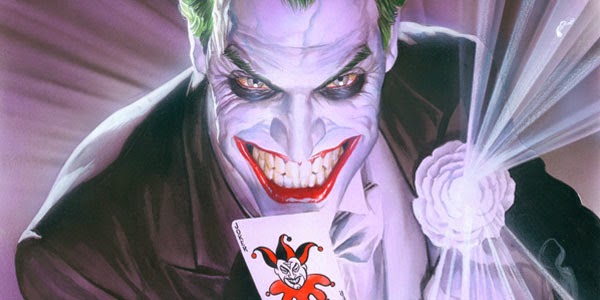 This doesn’t mean Warner Bros. isn’t setting-up a solo Batman film down the road.
Suicide Squad is essentially setting up two major Batman villains in the film. Having the new Joker played by Jared Leto will likely have some sort of key connection to either Justice League or new Batman movie. Deadshot could also be prime candidate to be let lose on Gotham as a hired-gun. Harley Quinn is still a threat for Gotham but will likely be more tied to Suicide Squad, as some claim she could be the film’s protagonist. While I believe that role will be shared between Will Smith’s Deadshot and Margot Robbie’s Quinn.
Basically in 2016, Warner Bros. will have established the new Batman, Gotham City and at least three of Batman’s rogues. I have to assume they’ll include more of them in Suicide Squad as it opens-the-door for a lot of villain cameos. This allows the studio to move forward with new movies as they’ll have rebooted the film franchise without forcing those origin elements into a new installment, I’m sure fans like myself will be grateful for this move. Retelling origin stories aren’t my jam and I’m kind of sick of them if they’re well known or not re-imagined.
Warner Bros. isn’t likely sitting around patiently waiting on this supposed 2019-2020 release date for a new Batman film. The last two films from Christopher Nolan earned a billion dollars each at the worldwide box office. Man of Steel was an improvement from Superman Returns but still only managed to muster $668M worldwide. Well-made Batman films are a license to print money and the studio isn’t likely going to wait until 2020 to release the next one. 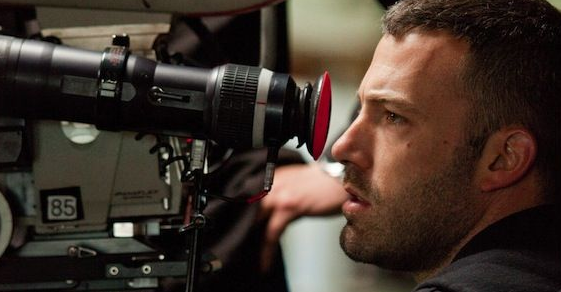 Yes, Ben Affleck is a busy man and will be going-off to direct his prohibition crime drama Live By Night soon. He’s also attached to star in Gavin O’Connor’s crime-centric The Accountant as well. At some point he’ll have to return for the Justice League shoot expected to be even lengthier than Dawn of Justice as both films will be shot back-to-back.
There is a bit of speculation that Ben Affleck (Good Will Hunting, The Town, Argo, Gone Baby Gone) could be the one to direct the next Batman film. This hasn’t been confirmed but the two-time Oscar winner wouldn’t be a terrible choice.
My assumption is that Warner Bros. will likely want a new solo film before 2020. The likelihood of that happening obviously is now dependent on Affleck’s busy schedule.
This piece originally appeared on Celluloid and Cigarette Burns. Reprinted with permission. Follow On Twitter @_ChristopherM 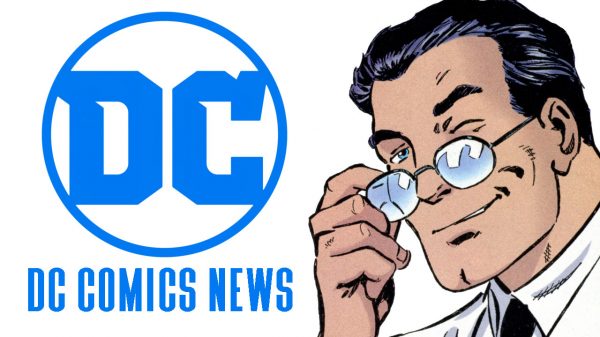