Marvel Studios has posted a second teaser trailer for Avengers Age of Ultron and it’s looking like it’s already attempting to setup Phase Three films. There are at least two possible scenes in the trailer that hinting to two characters that could have links to both upcoming film Captain America: Civil War and Black Panther. We had confirmation a while back that Wakanda would make an appearance in the film.

Check out the impressive, but short new teaser trailer below.

Here we have a better look at the character Andy Serkis is playing in
the film. The assumption is that he is indeed playing Uyselly Klaw, the
main antagonist to T’Challa aka The Black Panther played by Chadwick Boseman who will be first seen in costume in Captain America: Civil War.

It’s expected that Civil War could explore T’Challa’s rise from prince to becoming the new Black Panther and ruler of Wakanda.

He seemingly has tattoos all over his neck/throat, and is sporting a diamond earring. I could see this version of Klaw for the films could be more of a mercenary or assassin, possibly hired by someone to kill or kidnap a members of the royal family of Wakanda.

Klaw could end-up similar to Bane, but without the nuclear weapon. When he was busy running around starting military coups and securing mineral rights by force for large amounts of cash. I wouldn’t be shocked if Hydra or A.I.M. are Klaw’s employers.

The royal family have spent ages holding-back trade and relations with other countries, an aspect that will be explored in Civil War.

T’Challa’s family double as monarchy and protectors, one who is worthy enough taking the mantle of the Black Panther and ruler.

Setting up both Wakanda and Klaw seems like a good move on the part of Marvel. Considering there might be a point in the film when Ultron heads to Wakanda to outfit his robot body with a layer of the rare mineral vibraninum, only found there.

Another possible shout-out to Black Panther is this quick shot of a mystery person disrobing in a cave. Looking at this person’s frame I would have to assume it’s an extremely fit lady.

I originally though this could be a Kree or Nebula but after resizing the image, you can clearly see that blue tint was coming from the background. This person could definitely be from Wakanda.

Some are claiming this could be T’Challa’s sister Shuri, who also
becomes a Black Panther at a point in the comics. She would eventually
have her own run of comics as the titular hero. Establishing Wakanda’s
royal family would make a lot of sense but doesn’t mean we’ll see
T’Challa before Civil War.

Another more interesting suggestion comes from Comic Book stating that this could be member of the elite warriors of Wakanda known as The Dora Milaje.

The Dora Milaje are the personal bodyguards of the
Black Panther. They are extensively trained and highly skilled martial
artists and with various weapons. They are some of the fiercest warriors
in the Marvel Universe.

We’ve been dying for more badass ladies in the Marvel cinematic universe and more importantly women of color. The Dora Milaje would be an excellent addition to the Marvel universe and could help beef-up the Black Panther movie. 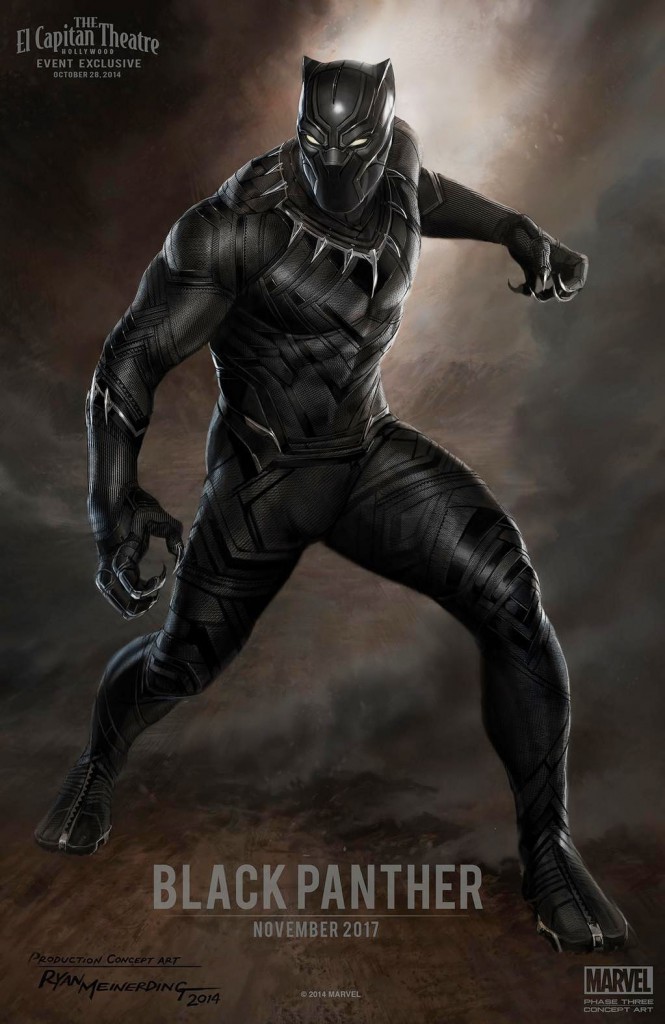