Emily Blunt is returning to the world of fairy tales as The Wrap reports she is in negotiations to play the new villain in Unversal’s sequel to Snow White And The Huntsman, titled The Huntsman.

Blunt has previously been involved with genre in films such as Gulliver’s Travels and Disney’s musical Into The Woods. We don’t often see the actress portray villains so this could be an interesting character for Emily. 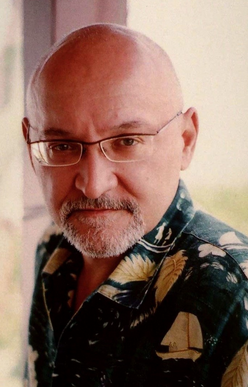 The Wrap also adds that director Frank Darabont (Godzilla, The Mist, The Walking Dead) has exited the project this week citing creative differences.

A shame, since we loved what Frank did with both The Walking Dead and The Mist. He also penned the recent draft of the script which had previous worked done by Craig Mazin and Evan Spiliotopoulos

Having both Chris Hemsworth and now possibly Emily Blunt attached as the film’s leads it shouldn’t be hard to find a new director for the sequel.

The sequel is said to be focusing on Chris Hemsworth’s character Eric, and likely won’t see the return of Kristen Stewart in any major way while Charlize Theron is expected to reprise her role.

Blunt’s character is said to be the evil Snow Queen, sister to Charlize Theron’s Ravenna, who was killed in the last film.

The Snow Queen is looking to avenge Raveena’s death, while Hemsworth’s Eric The Huntsman is on a mission to find the magic mirror which has been stolen.

The Huntsman‘s release date has been scheduled for April 22, 2016 which suggests production will begin extremely soon.

This along with last summer’s Edge of Tomorrow could help boost Emily’s status as an action star seeing her moving into more adventure focused roles in the future.

Mainly, due to a rumor back in 2012 from a British paper that purposed the actress was in the mix to play the character Ms Marvel in Avengers 2.

The demand to see her in the role started gathering steam when she took on badass roles in films like Looper and basically playing a character similar to Danvers in Edge of Tomorrow.

You might remember that Emily Bunt was originally cast as Black Widow in Iron Man 2 but had to exit due to Fox pulling her out of the project to take a role in Gulliver’s Travels instead.

She would go-on to test for the Peggy Carter role in Captain America: The First Avenger but would turn down the role as well. 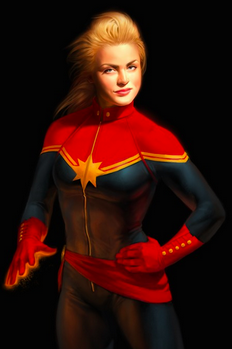 Since then, it’s been somewhat confirmed that a draft of the shooting script for Avengers: Age of Ultron included a cameo from Carol Danvers, slightly boosting the expectation Carol will indeed make her first appearance in the Avengers sequel.  However, it’s unknown if the studio has or will shoot that scene.

We’ve seen Marvel previously set up future solo films with Chadwick Boseman getting a co-starring role in Captain America: Civil War before his own film Black Panther is released in 2017. His character’s kingdom of Wakanda is said to have an important role to play within Age of Ultron as well.

It’s extremely possible that Marvel Studios could cast someone in the role before landing a director for Captain Marvel, which would help setup her character within the cinematic universe before her solo debut in July 2018.

There are even recent rumors suggesting she’ll be a part of the lineup in Avengers: Infinity War Part 1, which is due out months before her solo adventure., feeding more speculation her origins will likely be told sometime before the events of Infinity War.

I would even go as far to consider Carol Danvers could be a part of Civil War in a minor way as well, that’s if she ends up getting her cameo in Age of Ultron. Also, it not interfering with her involvement with The Huntsman production possibly shooting later-on in the year during reshoots or pick-ups.

During interviews for Into The Woods Blunt finally commented (via Screen Crush) on the campaign to see her take the Captain Marvel role. She went on to suggest it’s all rumors and no offer had been made. However, seemed interested in the role if the character was a right fit for her.

“That’s huge. How awesome. I love this. No one has actually called me about it, so, we’ll hold our breath. [Laughs] I don’t know if I’ll get the call ever if I pitch it should be a musical.”

Emily Blunt has some serious connections to Marvel Studios alumni.

In The Young Victoria, she worked with Paul Bettany (Jarvis and Vision) and Thomas Kretschmann (Baron Wolfgang Strucker).

Emily has also worked with Chris Pratt (Star-Lord) in the Five-Year Engagement and Anthony Mackie (Falcon) in The Adjustment Bureau.

Including Chris Hemsworth (Thor) in The Huntsman, she will have worked with around ten Marvel Studios actors.

Also, check out this image of Emily being extremely chummy with Chris Hemsworth and Captain America‘s Chris Evans at the Critic’s Choice Awards.

Come on, you can’t tell me she wouldn’t fit-in right alongside that group of actors.


SOURCE: THE WRAP
This piece originally appeared on Celluloid and Cigarette Burns. Reprinted with permission. Follow On Twitter @_ChristopherM