Above is an image of Aussie actor Manu Bennett performing the Haka with fellow actor Jason Momoa. It’s a cool picture for a couple of reasons, it establishes Manu’s Maori background and he’s posing with an actor with a career I see him paralleling very soon.

I have a feeling Manu is going to be in this position very soon and could end-up reading for some big franchise roles. Thanks in part to playing Azog The Defiler in the Hobbit Trilogy and becoming a standout on CW’s Arrow as Slade Wilson aka Deathstroke.

It’s likely impossible to see the actor reprise that role in Zack Snyder’s DC Comics cinematic universe. Since we’ve heard from studio heads that the TV and film universes are indeed separate entities. Even though David Goyer had been developing a Deathstroke film for the studio, it’s very unlikely that role will go to Manu.

This just means Bennett could be open for a whole bunch of franchise comic book roles. I’m sure there will be a point where Fox, Marvel Studios and Warner Bros. could all be courting the charismatic Aussie. We saw a similar thing go down for Dwayne Johnson and Jason Momoa when they suddenly started landing on studio radars.

Which comic book franchise roles do I think Manu is best suited for? 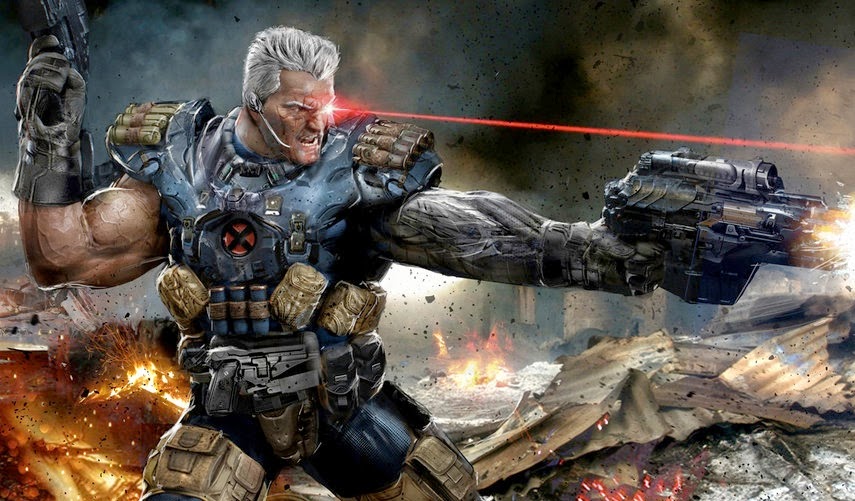 Cable is a character known for his bulked-up stature which fits the bill for Manu. Not to mention his use of weapons that Bennett has lots of experience with. Having actors like Stephen Lang and Dwayne Johnson in the mix for fan campaigns it’s more likely producers will look elsewhere. If fans can deal with Johnson playing Nathan Summers then they should be okay with Bennett playing him.

We’ve been hearing for years that X-Men producers are looking to explore ways to include Cable into the X-Men universe. While it’s possible they could have him apart of X-Men Apocalypse, it’s likely there might be too many things going on to bring back time-travel.

Jeff Wadlow’s X-Force is seemingly the place for a solo Cable film which could see him founding or leading the covert team of mutants. Wadlow has said in the past Cable is a strong candidate for the film. However, other X-Men movies like Deadpool could leave the door open for cameos and supporting roles for him as well.

Fox could also just randomly announce a solo Cable film like they recently did with Channing Tatum’s Gambit movie.

Trust me Warner Bros. will likely have eyes on Manu for something cinematic in the future. The one role I think could be a good fit is alien bounty hunter Lobo. An anti-hero biker character that piqued the interest in Jason Momoa before announcing he landed the Aquaman role.

Warner Bros has been developing a Lobo movie for ages. That was until DC Entertainment froze all the DC film projects, to pursue their own cinematic universe. Director Guy Ritchie would eventually leave Lobo to make The Man From U.N.C.L.E. and is now working on Knights of The Roundtable.

Actors such as Clancy Brown and Jeffrey Dean Morgan had been in talks with producer Joel Silver for the role. Jeffery Dean Morgan going so far as to do camera tests in costume but would later take the role of Thomas Wayne in Zack Snyder’s Batman v Superman. Giving the impression he wouldn’t be going back to Lobo anytime soon.

Other actors such as Dwayne Johnson and Jason Momoa were thought to be linked because of their connections to possibly taking DC roles. It was later confirmed that Johnson would be playing Black Adam in Shazam and Momoa would be playing Aquaman in a bunch of movies including a solo film.

There had been speculation the character was going to be cast in either Batman v Superman or Justice League because of old Justice League script outlines including Lobo as a possible villain. It remains to be seen if the alien bounty-hunter ends up a villain before his solo outing.

San Andreas director Brad Peyton was recently tasked to develop a new version of the film but there hasn’t been any updates since his announced involvement. 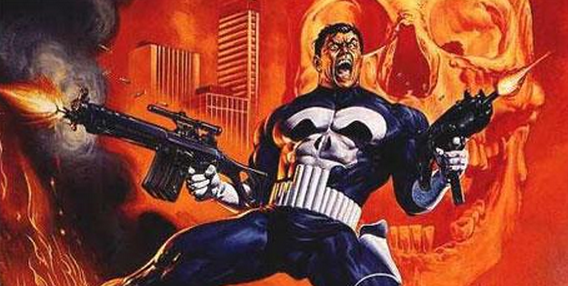 I’ve been kind of playing around in my head who could be best for this role in a reboot and luckily a lot of actors could play Frank Castle.

My wish-list includes Latino actors Edgar Ramirez (Zero Dark Thirty, Domino, Bourne Ultimatum) and Pablo Pascal (Game of Thrones). This could also be another gun-play character Bennett would be perfect for.

Marvel got the Punisher rights back that had been held by Lionsgate. The company has been sitting on the franchise but it’s possible they could pursue a television series focusing on Frank Castle. Fox had commissioned a pilot for series but that didn’t come together and it just vanished.

Marvel has been mainly focusing on family friendly entertainment when it comes to their film slate.

This doesn’t mean Marvel won’t do something with the character sometime in the future. They could always make a Netflix series or film, the latter hasn’t been talked about but could happen in the future. The studio producing low-budget R rated films could help balance the risk.

Rumblings had been circling that Marvel could put together a Punisher series at some point. Some believe it could be a strong candidate for the second wave shows for Netflix, but it sounds like the four shows already setup could get multiple seasons. A couple of people have suggested taking it to AMC or FXX because of it’s violent content, but Netflix seems to do fine with material like that airing shows like House of Cards and Marco Polo.

Punisher has a lot of options if Marvel does decide on bringing him back to the big or small screen.

There has been interest from Marvel screenwriter Drew Pearce (Runaways, Iron Man 3) to get involved with a Punisher short which could lead to a series, perhaps on Netflix. Drew wrote and directed All Hail The King, a short which focused on Seagate Prison (connected to both Ant-Man and Luke Cage) revealing the existence of the real Mandarin.

Lynch made his own Marvel short film entitled Truth In Journalism which focused on a dark version of Spider-Man villain Venom which was set in the “bootleg” Marvel universe.

I’d also like to see John Wick director Chad Stahelski considered as well. Keanu Reeves ended-up in the mix for Doctor Strange because of the deserved buzz the film received during early festival runs. Marvel’s Kevin Feige showed-up to a public screening of the film which seemed to impress bloggers who attended it.

Wouldn’t it be wild if Marvel Studios or in partnership with Universal/Legendary Pictures did end-up making that Sub-Mariner film?

Manu’s previous work experience with sword swinging characters in Spartacus and Hobbit would come into play becoming the Marvel opposite to Momoa’s Aquaman. This could be a very fun character for Bennett since Namor has played both hero and antagonist in the comics.

Universal’s Namor film hasn’t been talked about in a very long time and the assumption is it’s stuck in development limbo. Shocking, since the huge wave of popularity with Marvel films you’d think the studio would dust it off and try to put it back into production.

We know that Universal had plans on having Jonathan Mostow (Terminator 3, Surrogates) direct it but the studio dropped the project entirely at some point. Jason Statham, the former professional diver turned action star had some interest in the project but was never formally offered the role.

I’m still a bit fuzzy on the actual rights agreement with Universal but if it’s similar to Hulk. Marvel could be able to use him in a supporting role, similar to Mark Ruffalo’s Bruce Banner in The Avengers installments. If a new solo Hulk film was made by Marvel it’s understood Universal would be involved in some way. Their deal for Namor could be the same if it even still exits.

Latino Review heard a rumor back in May of last year that a mystery Legendary Pictures film set for release in November 2016 could be a Marvel property. It’s likely that the film they were talking about was actually either The Great Wall or Kong: Skull Island as both were set for that month. Skull Island recently moving it’s release from early November to March 2017 to avoid Marvel’s Doctor Strange.

Although, Latino Review felt confident in the story at the time.

If Marvel could be able to still use Namor he could become apart of the Inhumans storyline or even involved with Captain America: Civil War. As Namor is the original mutant character, he could be altered to become an inhuman instead to avoid conflict with the X-Men rights. Marvel is already seemingly giving mutants Quicksilver and Scarlet Witch new origins to include them into the MCU.

We know that even though Incredible Hulk was a part of the Universal/Marvel deal, Edward Norton was able to reprise the role in Avengers. Norton just happened to be apart of a bunch behind the scenes issues along with not promoting the film leading to his recasting.

It’s very possible if someone is cast as Prince Namor, they could play the role in both Universal and Marvel feature films. Allowing the actor to crossover in a bunch of different films without getting entangled with the rights issues. 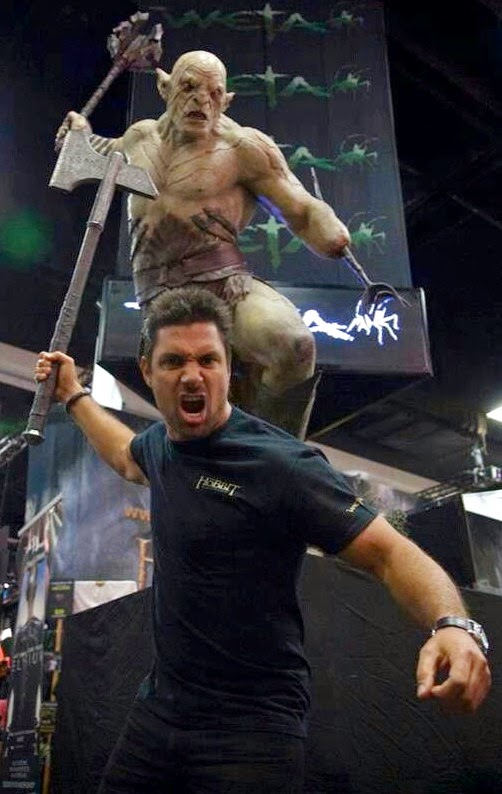